meran rhodes
Posts: 2
1
posted 3 years ago
We have an older Blaze King wood stove (picture included) and for the last week or so it's been struggling a bit. There seemed to be a block of some kind since half the smoke billowed into the house through the door any time we opened it to refill the stove. We do open the flu for a time before we open the door so I know it's not that. Well, today there were coals to start with but it took an unusually long amount of time for my husband to get the fire to catch on anything new and I've been nursing the fire for close to an hour and it's still barely piddling along. This is obviously not normal. Our wood is very dry as well. it's been sitting cut and stacked under the carport for several seasons and up till today has been burning like a charm. We are in need of advice on how to get our stove back in fighting form. This has never happened to us before and we really don't know where to start to fix this problem but we need it fixed as soon as possible because it's out only source of heat and right now it's pretty much out for the count.
20180227_074150-1-.jpg 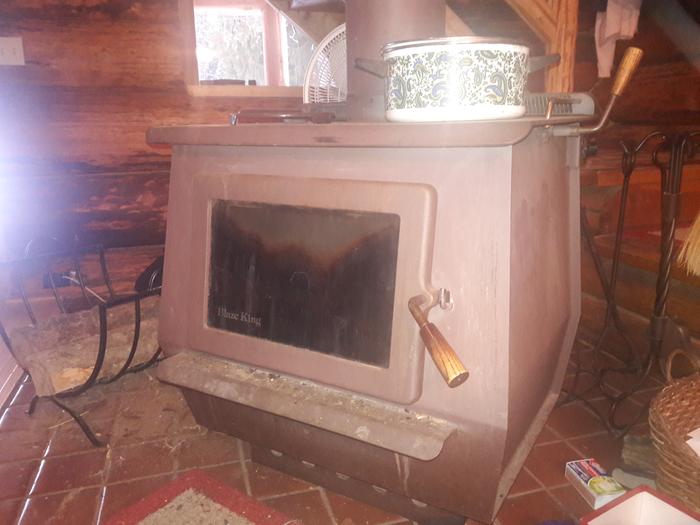 I think that I'd start troubleshooting by sweeping the chimney. Sucks to be doing that when it''s so cold...

Clean the chimney you never know what could be loose ( a brick, a tile , a bee or wasp nest ) or what has flown  or fallen down ( bird , squirrel etc )

posted 3 years ago
Yeah. Sounds like you have an airflow issue. Bad time for it.

meran rhodes
Posts: 2
1
posted 3 years ago
Thank you all for your replies. A blockage was my first thought but I wanted to check with others who would be more experienced than me before I charged full steam ahead. thank you again for your speedy replies. I sincerely appreciate it.
Walt Chase
pollinator
Posts: 258
Location: ALASKA
37
posted 3 years ago
I agree with everyone else.  First check and clean your stove pipe.  Another point to check is the catalist.  IIRC the blaze king stoves are catalytic.
Tim Siemens
Posts: 81
Location: Northern BC Zone 3
37
I like...

posted 3 years ago
Check the shelf at the base of the chimney behind the catalytic converter.  Ash or soot can pile up there or fall from further up the chimney, which blocks airflow going to the chimney.  Does it burn better when you open the bypass? Also some blaze kings have air channels on the sides up high that get plugged up with ash and are hard to clean.  Let the stove cool off and then take a shop vac and give it a good cleaning.