McKennaugh Kelley
Posts: 6
posted 3 years ago
Hello,
Has anyone had anything similar on their plants, & if so, do you know what it is? Started on one plant & is spreading a bit. Started on bottom "tomato suckers." Plants seem healthy enough, bottom leaves curling slightly. I pay more attention than most, though, someone else might not even really notice.
The light green speckling is my concern.
Thanks in advance.
McKennaugh
128_0191-1-.JPG 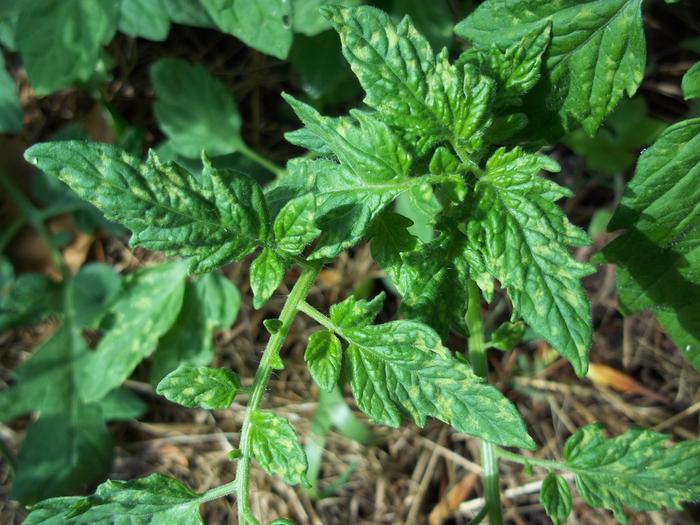 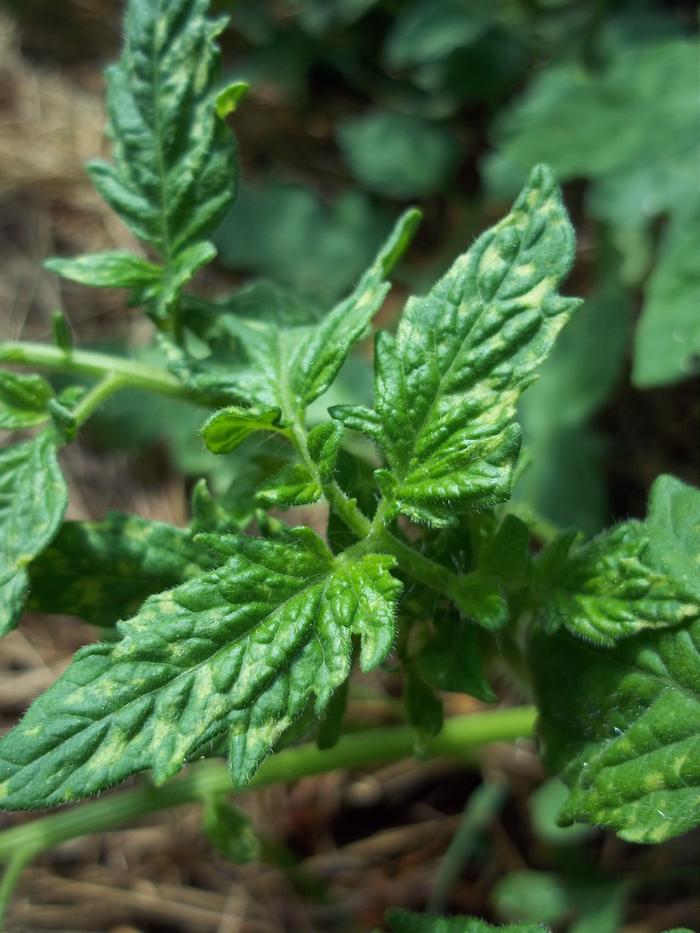 Posts: 5682
Location: Cache Valley, zone 4b, Irrigated, 9" rain in badlands.
2256
posted 3 years ago
The plants look to me like they have been over-fertilized.

posted 3 years ago
I agree with Joseph.  It looks like they've been over-fertilized.

“Once a wise man told me, ‘Family don’t end in blood,’ but it doesn’t start there either. Family cares about you. Not what you can do for them. Family is there, for the good, bad, all of it. They got your back. Even when it hurts. That’s family.”

posted 3 years ago
I also agree with Joseph and Jonathan. Too much plant food in my opinion.

McKennaugh Kelley
Posts: 6
posted 3 years ago
The only fertilizer I used was composted manure, though. And I have 55 plants, & all are doing good, except these two. My main concern was over the possibility of tobacco mosaic virus, because that would be highly contagious to the rest of the plants. The dots are getting bigger, turning into little patches, and becoming just slightly yellow on some branches.
I appreciate you all taking your time to try and help me.

Also, I'm Pennsylvania, if that helps:)

posted 3 years ago
I'm also from Pennsylvania and I've also over fertilized my tomatoes. It was mushroom manure that I used. The waste from mushroom growers. I spread about an inch over the entire garden and then when I dug the (big) holes for the tomato seedlings I mixed in another 3 spade fulls. But my tomatoes didn't look at all like your leafs. Mine grew up and over the five foot fence and down the other side to the ground. I got the expected amount of tomatoes from each plant. One benefit I found was the plants grew so fast that they outgrew the late blight I suffer from, well not me suffers, the tomatoes suffer.

This post may give you some comparison as to how you fertilized. The mushroom manure has little comparison to manure. It's been used to grow two batches of mushrooms in the coal mines. It was steamed twice and I suppose it got composted somewhere along the way. It's relatively weed free as it was also steamed twice.
John Weiland
pollinator
Posts: 1767
Location: RRV of da Nort
348
posted 3 years ago

McKennaugh Kelley wrote:The dots are getting bigger, turning into little patches, and becoming just slightly yellow on some branches.
I appreciate you all taking your time to try and help me.

Also, I'm Pennsylvania, if that helps:)

Would you be able to supply a few more photos now that the patches are expanding?  Is the situation getting worse since the first post?  If you can get more photos, please include the underside of the leaf as well.  Thanks!