posted 3 years ago
Inspired by Raven's November book writing idea, I am planning on contributing a work on radical urban permaculture methods, e.g., Guerrilla gardening, soil remediation, etc. If anyone has any further ideas, advice, or input, let me know here or in a PM (especially if the practice is in the tradition of the old Rhizome Collective!)...
download_bf_1.jpg 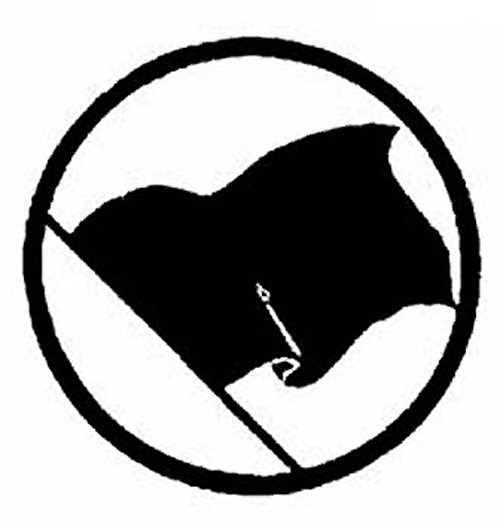 Ryan Sandford-Blackburn
Posts: 10
Location: Derbyshire, England
1
posted 3 years ago
I was thinking about something similar last night. Now, I don't know what

is but I like the sound of a radical urban permaculture book. I don't think such thing exists!?

You say 'permaculture methods' but I don't think there is such a thing - there are practical solutions that can be implemented as part of a permaculture design. The Holmgren flower of 8 sectors (7 petals + the design principles as the nectar in the centre) could be one way to organise those practical solutions; it's how knowledgebase.permaculture.org.uk is arranged.

My ideas for some practical solutions:
- making a driveway permeable and multifunctional - e.g. if there's a motor vehicle in the household could it be housed under a car port with a green roof (stacking) and part of a carshare scheme?
- wholefood buying clubs
- book clubs where locals read permaculture texts
- homebrewing organic, wild, and fruity drinks
- ferments
- backyard livestock

Essentially, you say urban and that means anything at a home scale, lots at community scale, more at a city/town planning scale (bicycle infrastructure, collective energy).

I dare says lots of that is in Holmgren's new RetroSuburbia - some detail on www.retrosuburbia.com, but scope for more to be written to make it accessible to more people.

posted 3 years ago
Radical is subjective. If you've never been camping or hiking, and never considered that pee could go somewhere other than a white porcelain toilet, peeing in your compost is crazytalk.

To my mind, something I would be prepared to do but that "normies" might consider crazy is not only backyard chickens, but a shed infrastructure housing cricket, mealworm, Black soldier fly larvae, and perhaps even african cockroach farms, fed on kitchen waste and supplimented from local grocers' dumpsters. Any one thing after the chickens might itself be considered batshit insane, but it's a completely viable way to convert urban wastes into feedstock for urban chickens and perhaps pigs.

Encouraging the ownership of litter trained giant bunnies that roam the house as opposed to cats would be a great way to cut down on toxic pet wastes and enrich backyard composts and gardens. Since I got mine, my composter has gone from being an awkward black bin too small for adequate hot composting to the perfect soil-coupled vermicomposter. I don't even have to turn it.

I have always enjoyed stories of guerilla-grafting onto ornamentals on city property. That stuff is pretty cool. I think, though, that if there were community groups that popularised the locations of fruit trees on private or public property whose fruit would go unharvested due to neglect, that more people would get fed, and less go to waste. That might be pretty radical.

I think the idea of people that are out doing radical urban permaculture stuff like backyard livestock getting together to facilitate and normalise such radical activity to make it un-radical, to make keeping backyard chickens, and maybe even bees, goats, sheep, or pigs not just easier, but easy, and not just possible, but as normal as having a dog or cat, or giant rabbit, would be pretty radical, from the standpoint of now.

posted 3 years ago
Ryan, thanks for the info! Also, another book for consideration could be the "Toolbox for Sustainable City Living" by Scott Kellogg...

posted 3 years ago
Chris, thank you! Every point you made could be a book..."Guerrilla -grafting" has got me thinking...!

Chris Kott wrote:
I have always enjoyed stories of guerilla-grafting onto ornamentals on city property. That stuff is pretty cool. I think, though, that if there were community groups that popularised the locations of fruit trees on private or public property whose fruit would go unharvested due to neglect, that more people would get fed, and less go to waste. That might be pretty radical.

Or, how about stories of people who know that many of the ornamentals are, in fact, edible? Those purple-leaved ornamental plum trees -- I have always known them as "thundercloud plums" -- planted in cities in, say, greater Seattle, litter the ground with messy fruits, which almost no one knows are as edible as regular plums.

posted 3 years ago
Well, unless you are absolutely sure that the branches you graft to other people's trees are disease free, you are definitely part of the problem, not the solution.

The other problem with guerrilla alterations is that some people find it upsetting when someone grafts a Golden Delicious onto a native Malus - even in Seattle. The Pacific crab apple, which provided the "apples covered with grease" that were stored and eaten in the winter by the western tribal peoples are small, edible, and unimproved by the addition of branches from domestic cultivars.

I planted my entire front yard with indigenous species, most of which are edible, at least in some portion. I enjoy shadberry, Oregon grape pie, and native wild grape, as well as the delicious "limonada" made from other edible native fruits. I suggest that as a better route. How many people spend far too much time irrigating, fertilizing and introducing demanding plants when there are literally dozens, if not hundreds, of native plants in almost every region? Manzanita or salal, anyone? Native bramble berries?

I had to remove a number of my native plants because  people trashed them trying to steal the edible portions and didn't care if the plant survived or not because they lacked morals. I hope they weren't trying to be permaculture guerrillas because they seemed to be destructive vandals and nothing more. I replaced the destroyed edible native plants with inedible or less known edibles that are known to attract pollinators and have different seasons.  I now have more than a half dozen different native bee species and I see almost every hummingbird that passes through the area.

Tragically, in the area where I live a great deal of damage has been done by people entering reserve land and planting wildflowers from other continents and regions, and by stripping and eating the native edibles. Grow your own, folks, don't over harvest wild plants. On the other hand, as Jason noted, many people seem unaware that many urban park ornamentals are also edible. That resource is terribly underused in this area, although I have encouraged the homeless to eat the madrone berries late in the season, after the birds have dispersed enough seeds, and to enjoy the domestic plums which are, as Jason noted, extremely edible - in fact, downright delicious.


I got yelled at for being "gross" not that long ago by a local fellow when I said that his cover crop of korean radishes were marketable as food. He was only using them to bust up the clay and thought them unfit for human consumption.

And as to the dirt, I don't even wash my veg thuroughly. A little dirt now and then is good for you I was always told by my Grandpa. I get all the major stuff off but a light dust is rinsed but not scrubbed. I also do a lot of wild fermentation and if you wash your veg or fruit too well you might have trouble getting it started.