posted 2 years ago
Anyone know if a broody hen NEEDS to sit for 21 days before coming out of her stupor and hormones adjusted to care for the babies?   I'm having great success letting my hen incubate and raise a dozen eggs at a time.   But it's been hard to find quality fertilized eggs in the breeds I want locally, and I just don't like the idea or cost of shipping eggs (I know I know,  everybody does it successfully - I'm just trying to extract myself from the Amazon world)    So I'm wondering, if I get some local day old chicks, is there a best time to sneak them under her?   Can it be day 3 of broodiness, or 10 days, or wait until day 21?
Trace Oswald
pollinator
Posts: 2122
Location: 4b
505
I like...

posted 2 years ago
I have tried sneaking chicks under a different hen and the hen killed them.  Maybe other people have had better luck.

posted 2 years ago
If it's hen that's successfully raised chicks before, I'd try it at any time once I was certain she was broody.

This year I pushed my luck even harder and introduced some newly hatched chicks to my best broody hen when she wasn't even broody. 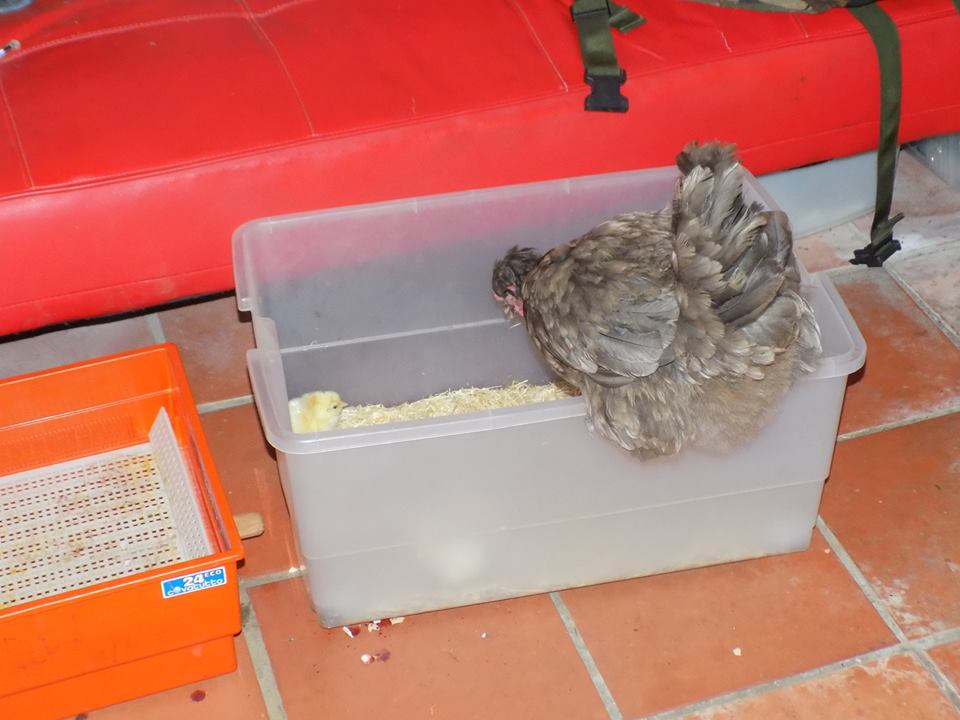 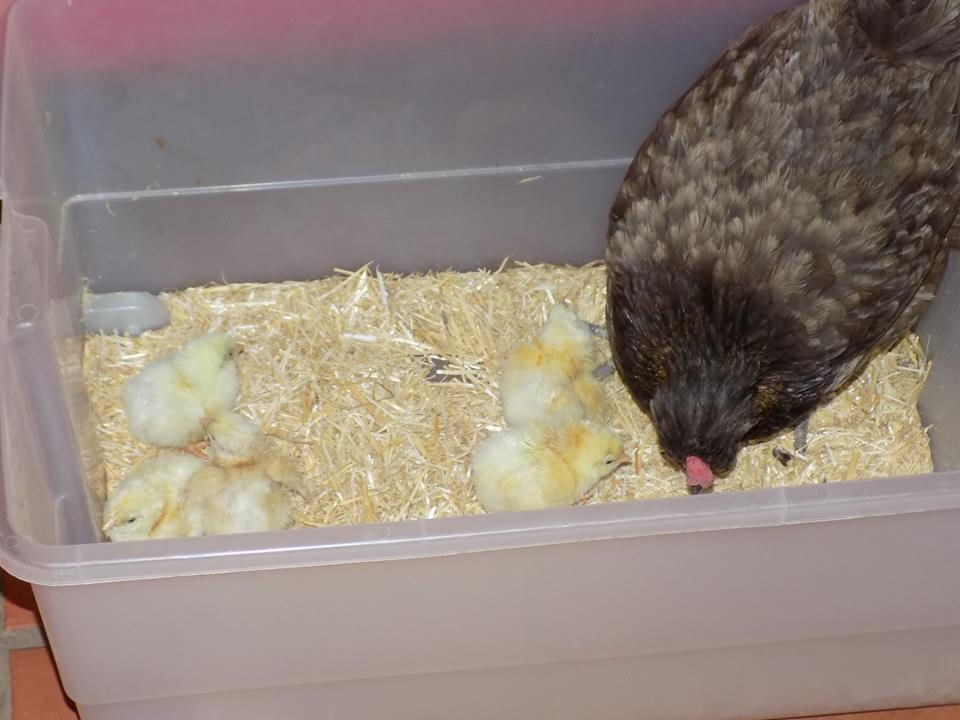 posted 2 years ago
Its been years since we've done it, yes, live chicks can go under a broody hen, BUT, do it at night with no light.

They'll usually just wriggle around to accommodate the chicks and stay seated - come daylight an experienced hen will simply go into 'cluck mode' and tend them.

However, I obviously wouldn't do it whilst she still has eggs under her.

(We once had two broody hens and one was a first timer and left her eggs after a few days, so we put them under the other hen and she hatched the lot - bantam hen with full sized eggs/chicks. It looked like a three storey condo with chicks heads popping out everywhere!)

Lucrecia Anderson
Posts: 538
Location: Middle Georgia
81
posted 2 years ago
I give broody hens store bought chicks every spring (have done it about 8-10 times with 4 different hens).

I do think waiting until about 21 days is important. My best most reliable broody has rejected chicks that were introduced a week or so into her 21 day incubation period (I had bought chicks for another broody that had sat for 3 weeks, so it was no big deal when they were rejected as the other hen happily took them).

Because our feed store turns out a schedule of breeds and gets a shipment of chicks once a week I usually end up introducing chicks between the 18th day and the 24th day, so you have a little wiggle room but I wouldn't push it too much further. Also be sure to give the hen the chicks at night so she thinks her eggs hatched when she finds chicks the next morning.

Also try to pen her in a small carrier or box that the chicks can't get out of the first night to prevent them from wandering away and dying of hypothermia.  Newly hatched chicks don't do this because they are too tired, but feed store chicks are typically 3 days old and a LOT more mobile so they may accidentally wander away from the hen that first night (one time I used a box with the side cut out, good thing I checked an hour after I gave the hen the chicks because I heard peeping and discovered one chick and wandered out of the box and was stuck behind it and lost in the dark, that chick would have died if it hadn't been discovered).
Susan Pruitt
pollinator
Posts: 285
Location: North Carolina, USA Zone 7b
69
I like...

posted 2 years ago
Great info and pics everyone thanks!   Love Fluffy Butt, Burra :)   Lucrecia,  I knew that it's usually okay to mix 1-3 day chicks in with already hatched new chicks but you answered my question about the window of time that mama needs to 'sit'.   They do seem to go thru a process - physically and mentally during those 21 days and I'm afraid if interrupted she'll be really grumpy and mean.     My  wonderful sussex wants to be broody all the time and stays with the babies for 7+ weeks so I'm optimistic she'll be a good adoptive parent.    I have a "maternity ward" set up in a separate yard which works very well - it's an antique dresser I gutted and put a roof on and set in a woodsy corner so everyone is calm and private for about the first 3 weeks until they outgrow the cozy nest.  At night they're in a 19" square nesting box with an additional 19" square open space for water and moving around.

Hmmm....whenever I get greedy and impatient (don't want to lose even 3 weeks of eggs waiting for incubation by god!),  things don't  always work out very well so I'll go with mother nature's plan and your recommendation of 21-24 days next spring :)
May2018Babies.jpg
G Freden
pollinator
Posts: 562
Location: West Yorkshire, UK
151
posted 2 years ago
Last year we sneaked some six day old chicks under our broody hen who'd only hatched one chick--we tucked them under her at night and took away the unhatched eggs she was still on.  We didn't actually know she'd hatched that one chick when we bought the chicks, or we might not have risked it!  But she accepted them all and though her own chick was a bit smaller for the first few weeks, she raised them all and they all grew up fine together.

The man we bought the chicks from said if anything, introducing chicks that old (nearly a week) might mean they were too old to bond to her, so we were ready with a box and heat lamp just in case.