Worms in my Air Layer?

posted 2 years ago
I recently tried air layering this past fall.

I left them outside from the beginning of September until the beginning of November. When I took down the air layers about a month ago right before the first frost, I took the branches out, only one of which had roots. I left the soil in the air layers in my shed for about a month. When I emptied the dirt out a few day ago, I found a few small red worms and tons of small clear worms about a centimeter long.

I got the soil from a spot that is always very wet and a natural composing site. It was still damp when I opened the air layer, and small green plants were still growing in it.

I had never heard of worms in an air layer before, and don't know if I've identified these worms right.

posted 2 years ago
The best way to air layer is part way up a living branch and you use sphagnum moss not soil or dirt, some form of rooting hormone is normally used for air layering.

If you are bending a branch down to the soil (ground layering), dig a trench and use heavy wire "hair pins" to hold the branch down in the trench and then cover with the soil excavated, nothing else is needed except to keep the area moist.

For each of these methods you need to create equidistant wounds (slits in the bark about 3 inches long) which is where the new roots will form.

posted 2 years ago
Thank you for the tip! I'll have to try that next time. I think I probably should have started the air layer in the spring too. A lot of the branches had calloused, but I think they didn't have the time to develop roots yet. I'm going to try using willow water as a natural rooting hormone too and see if that helps.

For the worms part, I didn't see any of them when I put the soil in the air layer, and the dirt was soaked in water for a while, so I guess they may have hatched and grown in there. I read it takes about 3 weeks for them to hatch. I wish I had taken pictures of of the small worms, but I thought they were just babies.

I guess I had a little worm farm in my air layer? 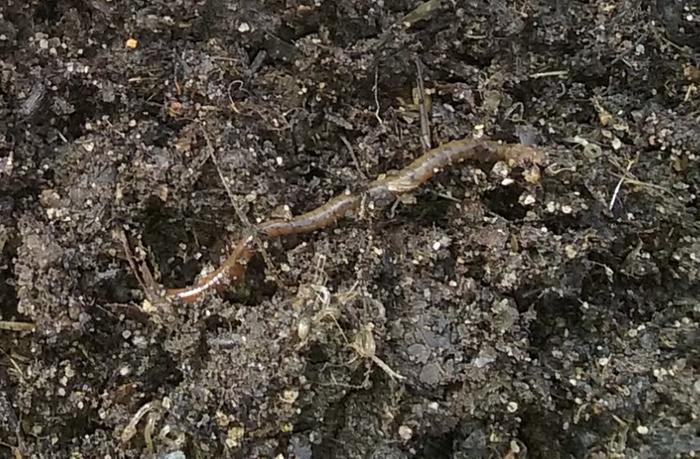 posted 2 years ago
that is a compost worm (red wiggler), and that means it hatched from a casing as you surmised.

If the clear worms did have the "blood line" (digestive tract) then they were probably pot worms, if there was any red tinting to them then they were most likely baby wigglers.

The clear worms did have the digestive tract, so I guess they were the potworms.

It's really amazing to me that there are so many wonderful, unique creatures that each have their own special role in an ecosystem!