My road has springs and sink holes to rental cabins

Matt Moses
Posts: 1
Location: Erwin, TN
posted 1 year ago
Help. Way too much rain here in NE Tennessee. I own a rustic adventure resort and the main road to the rentals cabins has a 100 yard stretch that has springs and sink holes popping up. What would you do?
IMG-1837.JPG 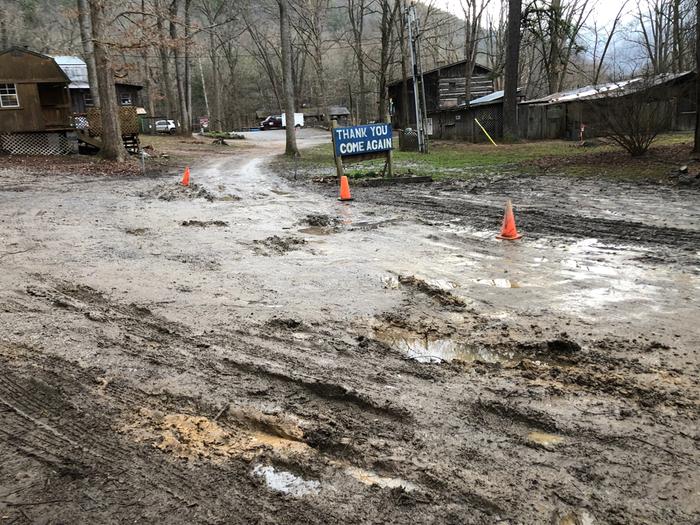 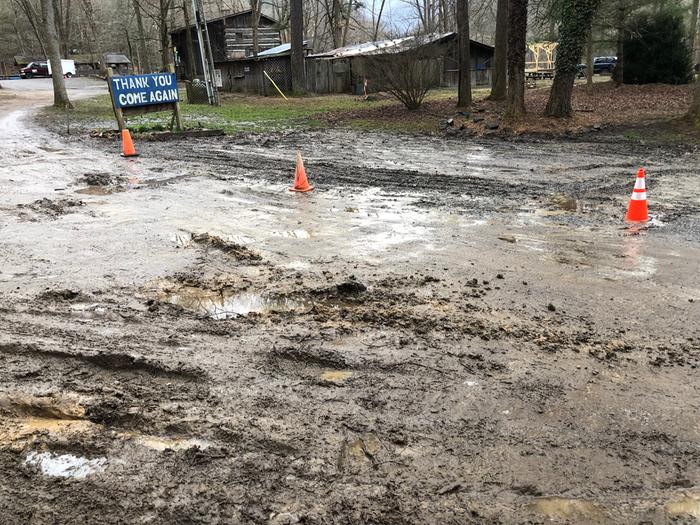 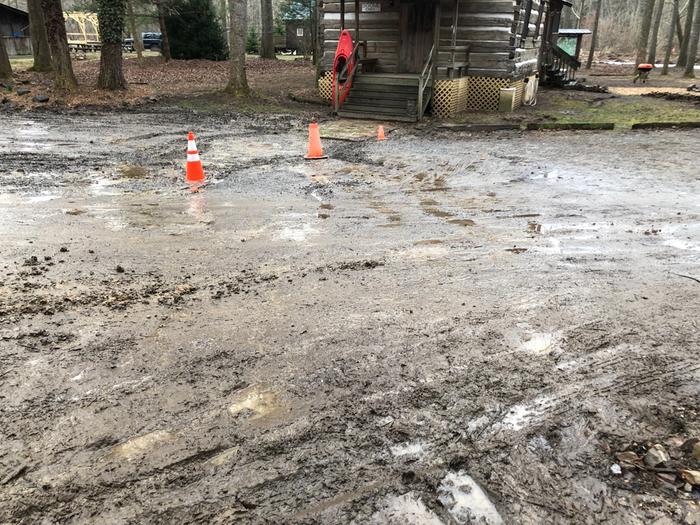 When logging we use  temporary aircraft landing matts, to get log trucks over streams and bogs.

For you, that of course is cost prohibitive.  Truckload or 3 of shale would stabilize it.

posted 1 year ago
Since it looks like you have good access to wood, I think a wood chip road or pathway might be a good solution.

posted 1 year ago
For my roads, I would have road base (caliche) brought in.  Then several load of washed rock or crushed rock. Probably crushed rock is cheapest, I have has better experience with washed rock.

The rock company can always recommends someone to grade it.

posted 1 year ago
Dave I've done both woodchip roads and what Travis Johnson calls corduroy roads, which have logs of approximately the same diameter laid perpendicular to the flow of traffic. In my experience they are both durable for light traffic. I run the tractor on them to prevent compaction. The chips have a downside, after a few years they degrade into rich loamy soil, which is not a desirable road. I just move the road somewhere else and appreciate the beautiful new soil strip. I planted squash in an old chip road last year and let it spread in to the surrounding field. The corduroy roads last about one year per inch of log diameter, and can take some serious traffic. They also turn into loam but seem to degrade into chunks and get thrown off to the side.

Once a pothole forms, water stays in it and will make mud, which is easily displaced with traffic, deepening the hole. Needs to be built up to maintain the crown. Crush and run will gradually build up a nice base, but it needs to be reapplied every few years and cost can add up.

posted 1 year ago
We had that happen on our road after it was put in (1km long gravel road) they dug up the affected areas and put perforated drainage pipe in leading out to the sides, that removed both the springs and the area where it was lower-lying and flooding, oddly enough the springs were on top of the rise! That was two years ago and neither problem has returned.

Posts: 3132
Location: Upstate NY, zone 5
157
posted 1 year ago
It's hard to tell from the pictures how much if any slope you have in the wet stretch, but if you can dig trenches between potholes and off to lower areas just before putting gravel on the road, you may help keep the wettest parts from accumulating water so much.
Wrapping these gravel conduits in filter fabric may even improve the longevity of the drainage effect.