Stacy Witscher
pollinator
Posts: 1444
Location: Southern Oregon
418
posted 3 years ago
So I feel like I've been able to identify a large amount of plants on my property, but these two are stumping me. They are ubiquitous on my property, so I'm unsure why they are not listed as noxious weeds, not listed as wildflowers I understand as their flowers aren't impressive.
IMG_0332.JPG 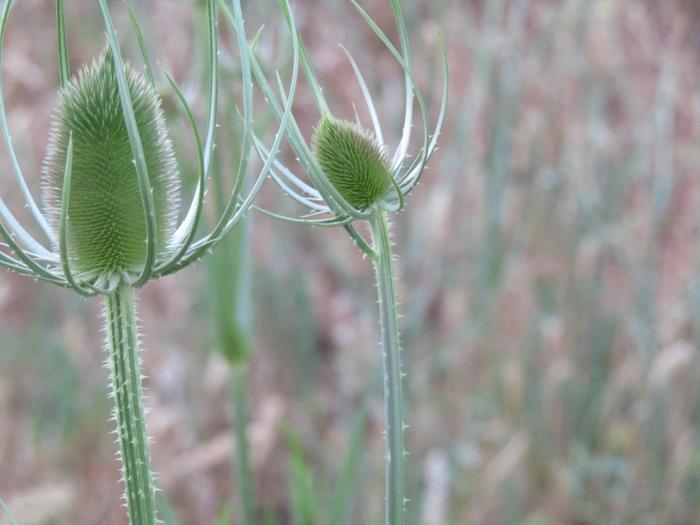 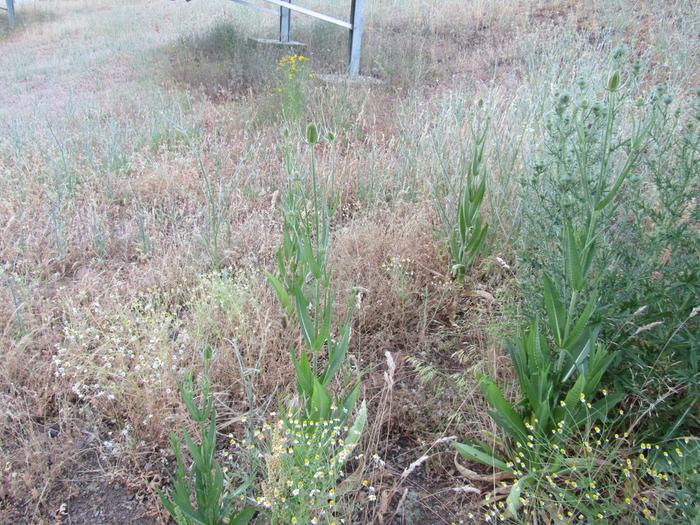 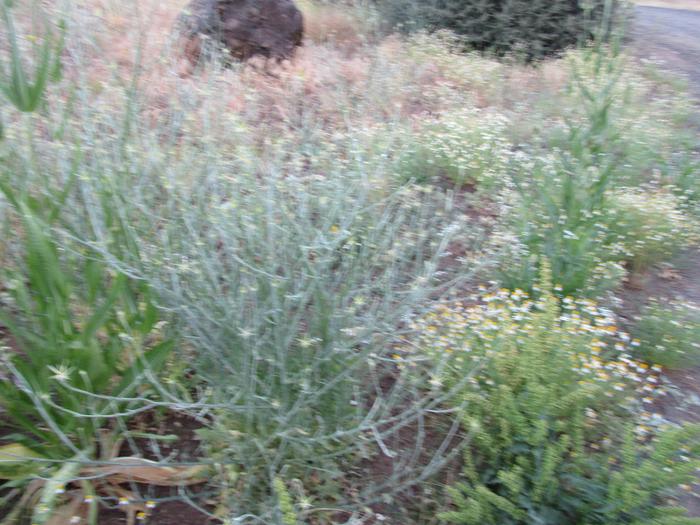 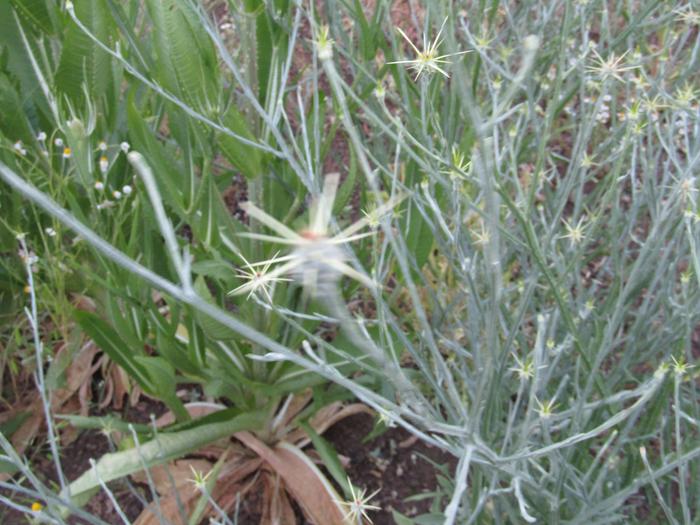 Stacy Witscher
pollinator
Posts: 1444
Location: Southern Oregon
418
posted 3 years ago
Thanks Michael - so that seems to be the first one, do you think the second one is of the same species? One of issues that I have with plant identification is that they only show the plants in one stage of development. I'm aware that plant identification is more easily determined by flowering by the other stages are not irrelevant is exclusion.

posted 3 years ago
The second plant's photos are a little blurry.  The only thing that comes to mind for me is tumble mustard.  Does it have any basal leaves?  What stage are those flowers at?
Stacy Witscher
pollinator
Posts: 1444
Location: Southern Oregon
418
posted 3 years ago
The last of the pictures is probably the best I can get. There is a basal portion, but then the plant grows to about 2-3 feet and flowers at the top of multiple points, but not multiple flowers from one point. And the flowers are not impressive (not large). It seems to be a pioneer species, most prolific in gravely and/or recently mowed areas.

I'm not looking to eradicate anything, rather determine what I would like to encourage or discourage. The teasels are primarily in my more riparian areas, they are prickly and difficult to mow, but my understanding is their dried seed heads are prized for flower arranging. So while I'm fine with some of them, I don't have much of this ecosystem and might prefer other things.

posted 3 years ago
Teasels are an important food source for American Goldfinch, and also bees love it when it’s in bloom.

The leaves are edible, though I never tried them, and the roots can be used to make medicine.

My goats love it, even my cows eat it sometimes.

We have it growing in big patches, and leave most of it alone. It’s one of those “weeds” I like to have around. 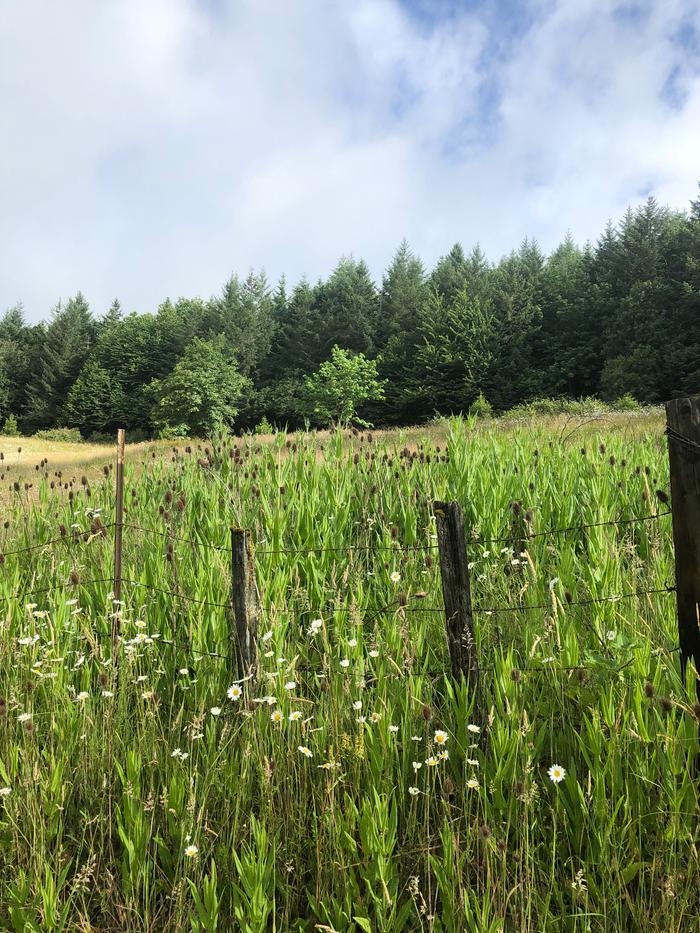 "Don't let the behavior of others disturb your inner peace". ~ Dalai Lama

posted 3 years ago
I've had some of this teasel on my property and it's considered an invasive species here (BC). It may be considered invasive in Oregon too?

The foliage color and shape of the second one reminds me of rose campion but I think the flower is totally wrong for that. It's hard to tell from the photos exactly what's going on with the flowers. You could try taking a better picture and submitting it to something like iNaturalist? Or even just going through local iNaturalist results for your area as other people probably have the same plants and may have ID'd the same species.

EDIT: If you are having problems getting a clear shot of the plant because your camera is autofocusing on something in the background, you can make it focus closer by holding your hand behind the plant. I do this when taking plant photos for ID purposes and it helps a lot.

Stacy Witscher
pollinator
Posts: 1444
Location: Southern Oregon
418
posted 3 years ago
So I finally identified the last weed in the pictures, it's yellow starthistle. Both it and teasel are considered noxious weeds by the state of Oregon, for whatever that is worth. It seems to be a pioneer species, prevalent in disturbed areas (mowed and/or covered with gravel), my question is will it decline with soil improvement, no or little further disturbance, and over seeding with preferred plants. Most of what I've been able to find on the internet references pesticide use, which I obviously don't want to do.

Liv - I do like the teasel and will allow it to remain in some areas, but it gets very large and is blocking some of my solar panels and are in the way in some of the play areas around the pond. The plan for the solar panel area is broadcasting seed in a low-grow pollinator mix. And I haven't figured out how to handle the pond area.

This past month I have found poison oak popping up. A lot of it is in areas that it doesn't bother me, but some areas aren't great. Again, most of what I have found online involves pesticides or digging it out, the ground here, at this time of year, is hard as a rock. It would involve an excavator to dig up anything, which would break up the roots, not really what I'm looking for. I've found some info on mowing or cutting off the foliage just to prevent it getting bigger as a temporary solution. Does anyone have any better advice?

posted 1 week ago
Jackie, that looks like Turks Cap which is in the mallow family.

If the flowers are red that is it, probably and hummingbird love those plants.

I highly recommend it for pollinators, too.

And it is edible.

I don't know if it has a different color flower though it still looks like it is in the mallow family.

posted 1 week ago
Hey Jackie.  That critter has popped up in my gardens too.  Last year was the first time I'd seen it here.  Here's the post I put up trying to ID it.
Dan Allen IDed it for me...."Abutilon theophrasti, more commonly known as velevet leaf."
Anne, mine had yellow flowers.  The red flowers on the Turk's Cap Mallow are lovely!  Velvet leaf is also in the mallow family and is a self-seeding annual.  I didn't get around to eating it last year.  I'll have to try it this year!

posted 6 days ago
Yes it does have yellow flowers. Thank you both for the help.

I’ll have to look up more about eating it. I do like the looks of it so I plan to let it stick around in limited numbers just for that.