Back from the brink of certain death

posted 11 months ago
Today, old man winter is visiting the south unusually early. It's November 12th, and it was about 19 degrees this morning, and if the forecast stayed true, did not get above freezing today and tomorrow mornings low is forecast at 14. We usually don't get weather this cold until January in this part of Tennessee. I have 10 week old chicks, and I went outside to check on them this morning. They all seemed to do fine overnight and made it out of the chicken coop. There were about 6 huddled together in the grass, the other 18 or so running around, and I noticed an orange leg sticking out in the huddled group. A chick was laying on her side with her eyes closed. I thought I had a dead chick on my hands. She certainly looked dead. I picked her up, and there was some subtle, slow leg movement, and I realized she was alive. I brought her into the basement, grabbed one of the cats heated beds (a heating pad wrapped in an old towel) and put it in a cat carrier, with the chick wrapped up under the towel, closed the door to keep the cats out, asked for help from benevolent spirits and hoped for the best. I checked on her several times during the morning and she hadn't moved but I could see her breathing. After three hours wrapped up in the heating pad that I went to check on her and she opened her eyes. I let her be for a few more hours, and this time when I checked she was standing. I gathered some food and water for her, and she had some drinks and ate some food. She's now in a cardboard box with bedding, food and water, scratching around and I think will make a complete recovery. I'm keeping her in tonight, and will put her back outside with the others tomorrow or the next day. 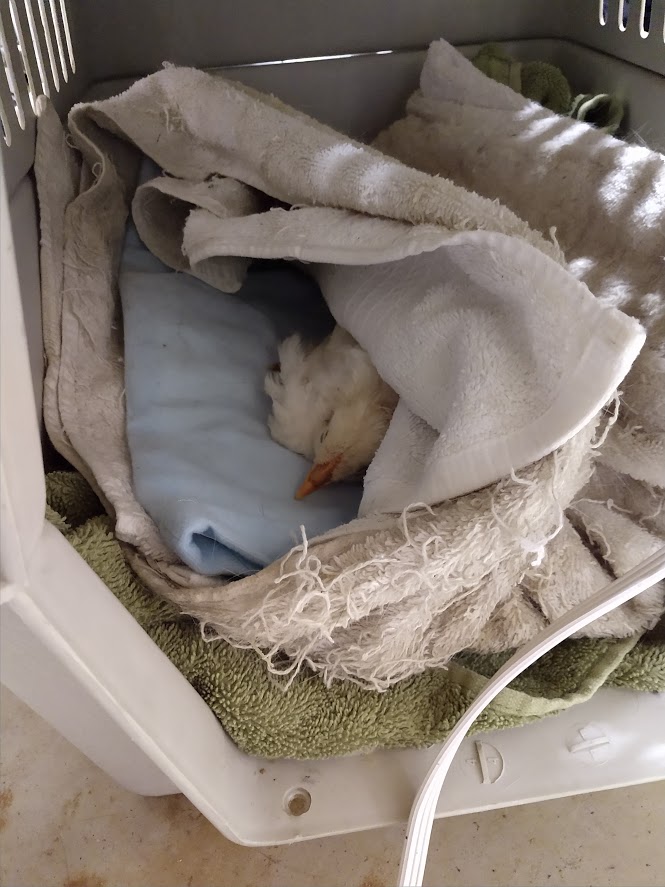 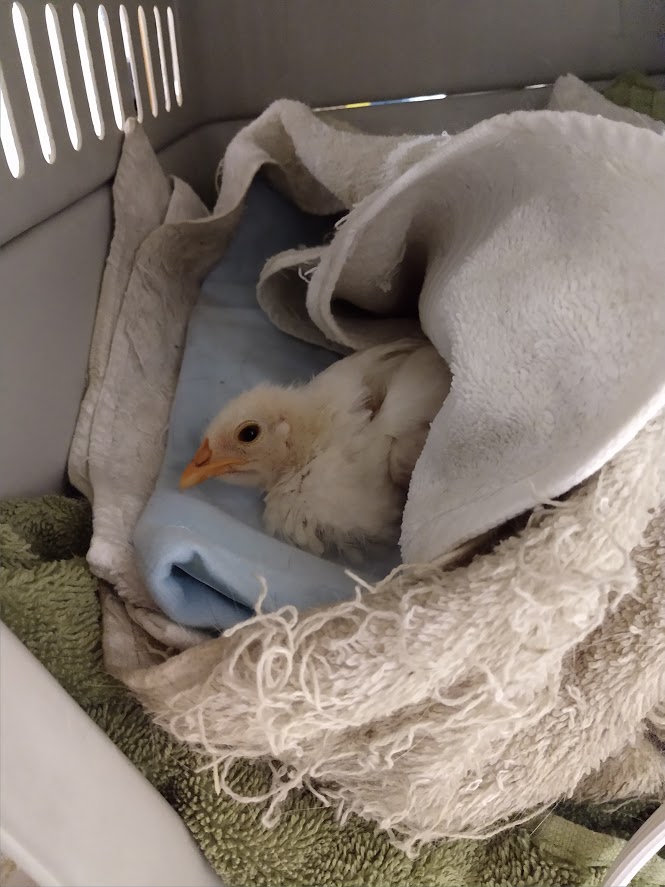 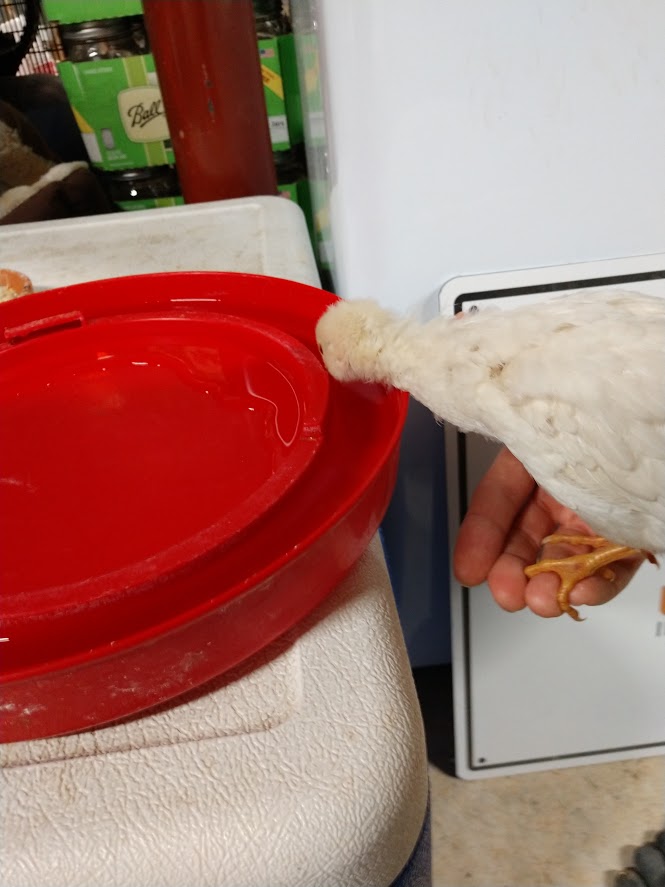 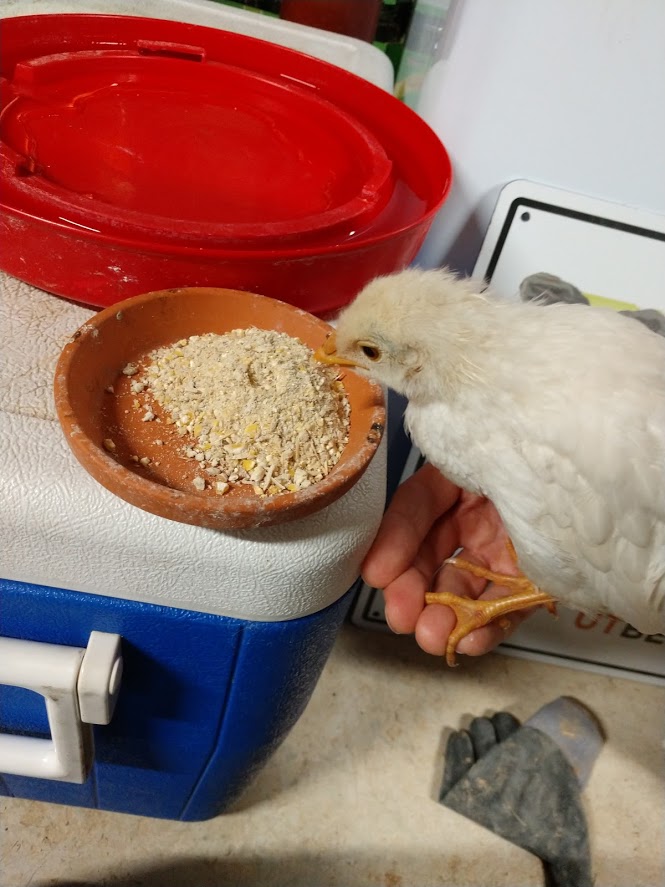 We have 6 chicks hatched Sep 15th so they're about 8 weeks old.  It was -1F this morning.  I went to let the birds out of the run and they were the first ones out.  The older hens/rooster know they don't like the snow but the younguns headed right out.

It must be the breed because these little buggers were just fine.  The birds have been through -24 but I worry if it gets below -15...