Getting rid of unwanted tree seedlings and sprouts?

Miroslav Chodak
Posts: 19
Location: Hungary - 7B, mixture of chalky and clay soil
1
posted 1 year ago
What is an accepted, effective and efficient way of getting rid of unwanted tree seedlings and sprouts in the garden?

We have several ash, alder and oak trees on our property and every year there are hundreds of new seedlings all around. The oaks usually don't grow again after being pinched, but the alder and ash trees tend to sprout out again (and again), if not pulled out completely (which, in our case is rather often as our soil is rocky and not easy to loosen up).
Kc Simmons
gardener

posted 1 year ago
Maybe try a scuffle hoe. It glides under the surface of the soil and, either, pulls the plant by the root, or cuts it off at root level.
It takes very little effort and time to clear an area, and I use it to clear the thousands of elm & oak seedlings that come up in my gardens every year.
578115.jpg 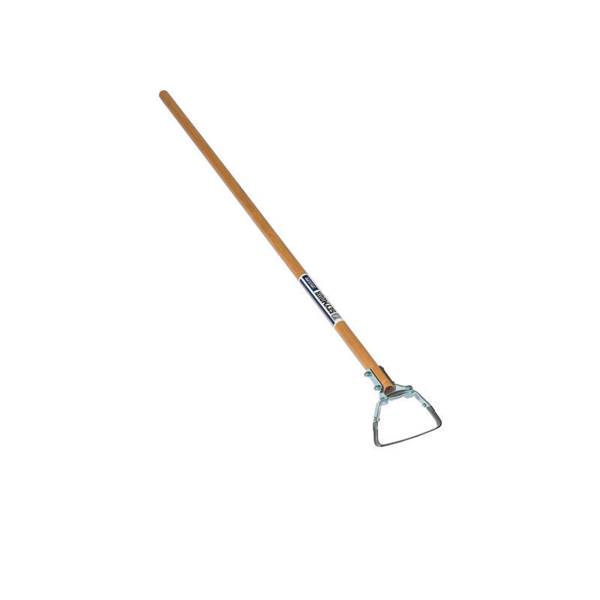 Miroslav Chodak
Posts: 19
Location: Hungary - 7B, mixture of chalky and clay soil
1
posted 1 year ago
Thank you for your reply! I'm afraid, the soil is too rocky and compact for anything to glide under it. Plus, it won't solve the ash/alder issue as they sprout again.

Is chemical a way to go?


Discussion here at permies is all about organic methods and beyond

We have a lot of maple sprouts all over and they are easy to just either cut or pull by hand...they don't grow back though.

Do you think a thick mulch would help at all or would they just sprout in the mulch?

Miroslav Chodak
Posts: 19
Location: Hungary - 7B, mixture of chalky and clay soil
1
posted 1 year ago
Yes, that's what I assumed about chemical (and a reason I posted in permies and not elsewhere).

We have some maple, too, but the seedlings are easier to pull out when young. Haven't tried mulch, but I'm not very hopeful. Especially ash is very resistant. Once it's a couple of years old, it's almost impossible to kill.
Joseph Lofthouse
steward

Miroslav Chodak wrote:Especially ash is very resistant. Once it's a couple of years old, it's almost impossible to kill.

Perhaps weed more often, when the plants are smaller. Then you'd be dealing with seedlings, and not shrubbery.

Miroslav Chodak
Posts: 19
Location: Hungary - 7B, mixture of chalky and clay soil
1
posted 1 year ago
I weed every year. But occasionally I miss some seedlings. Or they break during weeding. Especially when wedged between the rocks
Mark Brunnr
gardener

posted 1 year ago
I would recommend weeding more often than just once per year, especially in the spring when I would guess you see new seedlings coming up the most. I would do a walk through every 2-3 weeks with a bucket, plucking out the seedlings you don't want when they are tiny. My experience has been that's it's quicker per walk-through, and I tend to see things I missed on the first pass and they aren't too big yet on pass 2 when caught.

Grady Houger
Posts: 96
Location: Eastern Washington
25
posted 1 year ago
I've been hearing about 30% vinegar as a defoliant being the main organic herbicide. Would probably work on trees sprouting from seed, but not sure about tree shoots coming up from an established root system.

Perhaps pruning back the main tree would force it to put its energy into regrowing itself instead of spreading.

posted 1 year ago
I definitely agree with weeding more frequently.
Think of a root system as a battery, and the sun as the charger. A seed is a fully charged battery and, as the tree grows, it's continuously being "charged" by the sunlight, with the excess energy being stored in the root system (the goal is to grow quickly while still storing enough energy to make it through the dormant season).
When you weed and break the stem, the tree is no longer getting charged by the sun via photosynthesis, so it relies on the stored power in the roots/battery to push new growth. Once the leaves are hit by the sunlight, it begins using that energy to continue growing while storing any excess in the roots to make up for what was used to re-grow from the broken stem.
What you want to do is, essentially, drain the root/battery of the stored energy. This is accomplished by pulling/breaking the stem, again, before it has a chance to produce enough leaves to fully recharge the root system. Eventually, the "battery" will run out of power and shut down, causing the plant to die.

When I weed oak & elm seedlings every spring, I've found it works best if I go through, at least, once a week and clear the area. This allows me to get any new things that have sprouted since the last time, find the ones I previously missed, as well as pull/clip the ones that re-sprouted due to broken stems. It seems that after the second attempt to grow is usually enough to drain the stored energy and keep it from trying it for a third time. If I wait more than 2 weeks, or it's a bigger seedling, it seems to allow them to store enough energy to go through more cycles of regrowth. A smaller battery may charge faster, but it doesn't store as much power; while a larger battery takes longer to charge, but can store more energy.
Of course it varies depending on the type of tree. Rhizomes *may* have more energy stored & require more chops to drain it. Crepe myrtles & chinaberries are small seeds that quickly build a bigger root system to store more energy, yet a pecan has a bigger seed/battery, but spends time/energy on a big taproot while depending on the stored energy before putting out a lot of feeder roots. Regardless, the principle is the same- drain the stored energy before it has a chance to power up again.

Miroslav Chodak
Posts: 19
Location: Hungary - 7B, mixture of chalky and clay soil
1
posted 1 year ago
Thank you! I will weed more often, then.

Any suggestions for getting rid of seedlings I missed (or didn't succeed to pull out completely) the previous year? They are usually too strong already to be pulled out and cutting them has similar effect as coppicing: the plant puts out new shoots and the root system only grows stronger.
Mark Brunnr
gardener

posted 1 year ago
I would use hand pruners at soil level or a tool that has a loop blade which cuts just under the soil works great.

posted 1 year ago
I'm having a little trouble understanding the concern. I like the idea of as many trees growing into rocks as possible to turn the rock into soil for future generations. Not to mention cleaning the air & erosion control & water retention & all the other benefits of trees. I've lived in or near woodlands & forests for most of my life. Gardened for many years too. I can't recall a single time of ever removing a tree simply because I didn't like where it was living. Have removed some for safety reasons & also as part of a native habitat environmental conservation crew. Even those were a little painful because I consider ALL trees as friends. My viewpoint is we're guests in the tree's home, not the other way around.

That being said ... persistence in removing the young saplings & blocking their light seems to be the most effective & safe methods. I suggest moving young saplings to a better location if possible. Consistent application of urine seems to help keep some types of invasive type stump regrowth down. Making cross cuts into stumps with an axe or saw & then applying mushroom slurries helps them to disappear faster.

Miroslav Chodak
Posts: 19
Location: Hungary - 7B, mixture of chalky and clay soil
1
posted 1 year ago
Thanks, Mike! My plot of about 1100 sq.m is in a residential area, surrounded by mature trees (30-40-50 yo oak trees, plus some maples, ash and alder trees). I love them, but if I didn't remove the seedlings, the new trees would completely cover my land and shade off my fruit trees.

Where can I read/learn more about the application of urine and mushroom slurries?
Mike Barkley
gardener & hugelmaster

posted 1 year ago
The simple version is pee on almost dead stumps until they are dead. Then chop up some mushrooms & mix them well with non chlorinated water & pour that onto the dead stump. Repeat until you see mushrooms appear.

Dr. Redhawk has much more detailed info available by clicking here on his excellent soil series.