I took a slice of the whole round, trimmed off the green part of the rind, and some of the white, left some white to see what it did. Trimmed it so it fit in a dish to marinate it, actually. Stabbed it pretty thoroughly. Put it in pickling lime (not lime juice, pickling lime) for a few hours (it floats! Had to put a mug on it to drown it.) (warning from another thread:: (If anyone tries this with lime, be warned, lime burns just like acid does, wear gloves, cover surfaces, it's dangerous stuff!! Treat it like battery acid. This is why I'm looking for a safer substitute...) If you try this, read that that thread Chai spice pickled green tomatoes, Lime stuff starts here for warnings, and what it does.

A few hours later I took it out, washed it REALLY well (get the lime off!!) and mixed up a marinate of: olive oil, mushroom soy sauce, balsamic vinegar, red wine, garlic powder, powdered cumin, hot sauce, and liquid smoke. Marinated it for about 1.5 days, flipping it every so often. 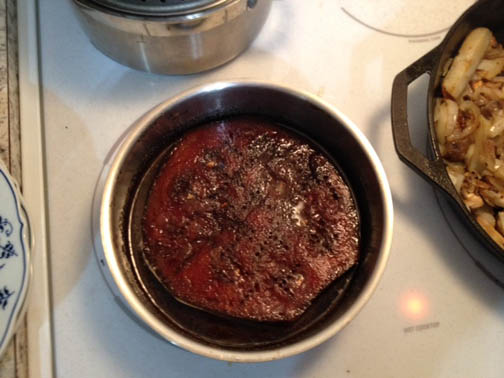 In a 12 inch cast iron skillet I sauteed a whole onion, a bulb of garlic, a chunk of oyster mushrooms, and a previously baked potato. 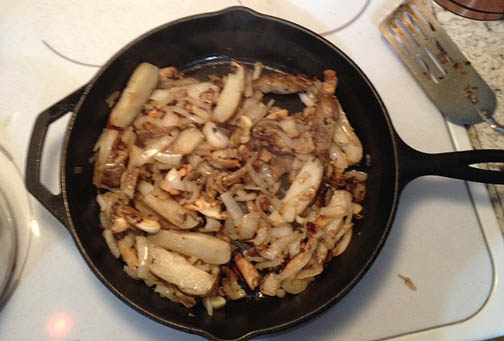 When they were done, I took it out of the pan and put the marinated watermelon into the hot skillet. How long do you cook a watermelon steak? I have no clue. I flipped it every few minutes, probably cooked it 12 -15 mins or so. 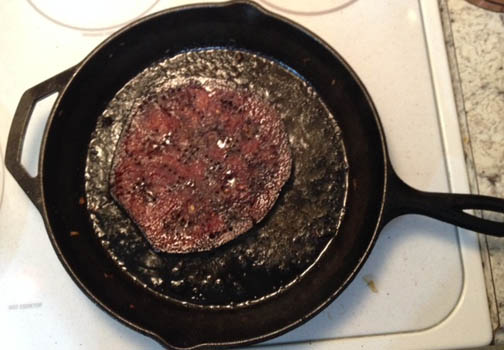 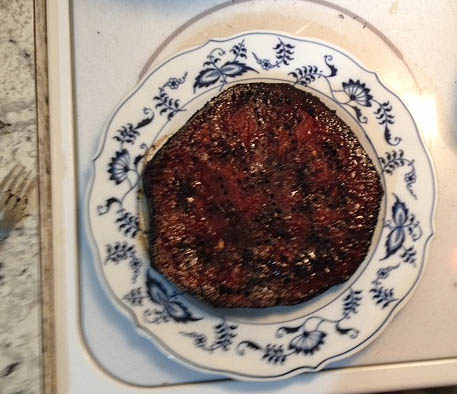 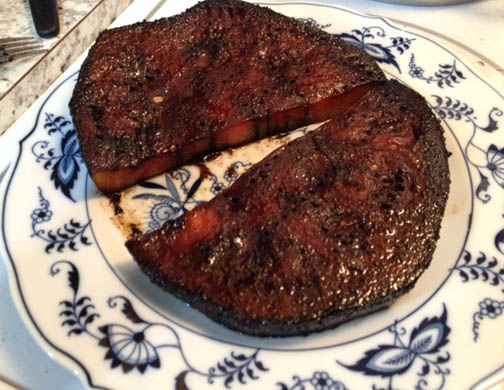 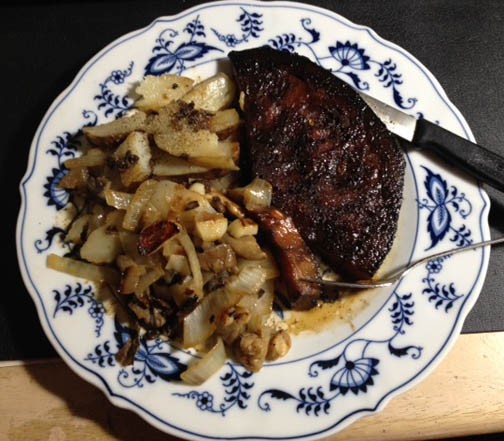 My analysis: It does not taste like steak, or any kind of meat. It does not taste like watermelon, or any kind of squash or melon. If I had been served it, I don't think I'd have figured out what it was. I might have been guessing jackfruit, simply because jackfruit gets interesting if you mess with it. It's good, I cleaned my plate, but it's definitely alien. One of the more odd things I have served. It's GOOD, no doubt about that, just totally unidentifiable. The white rind is way too tough to eat, I cut it off. Looks like fat left on my plate after a steak.
My final answer: the other half of it will get eaten, it's quite good. The rest of that melon needs abusing too. Watch this space... :D
Watermelon steak, who'd have thunk it!?

posted 1 year ago
Only part I didn't understand- cutting off and discarding fat from a steak!

William Bronson wrote: Only part I didn't understand- cutting off and discarding fat from a steak!


Hah, sorry, vegetarian, going by what I see others do. I waited tables at a steak house, lots of fat came back to the trash.

posted 1 year ago
Every time I have tried cooking watermelon I find it comes out tasting like bad winter squash. I tried watermelon jam and that was exactly as if I had made it with a pumpkin, blergh.