A Town with No Cars that can Feed Itself

posted 1 month ago
This is an attempt to get my own thoughts in order.

"A town with no cars that can feed itself," are words I found years ago.
And even then, they took me years to find in the first place.

They're the honing and joining of different ideas and dreams I've had for even more years before that, some since I was a kid. The words have proven to me to be a good short-hand to quickly describe the kind of place I want to live. The kind of life I want to live. I think them a lot, chew on them, dwell on them, imagine what it might look like. I think them a lot, but I rarely say them. Why?


The words
The word "Town" can be charged. Or mean different things to different people. I mean people who aren't all directly related living in several buildings. The buildings are deliberately organized; individually and as a whole.
The words "No Cars" can be charged. Or confused. I imagine cars get checked like coats, at the door.
The words "Feed Itself" I mean in the most expansive way possible. Food? Yes, plenty. Economic output sufficient to sustain itself? Yes, also.
In hindsight, it smells like permaculture. But I didn't know that word yet.


When I was dreaming this, before I found the words, my short-hand was this picture. But food enough for everyone in the place. 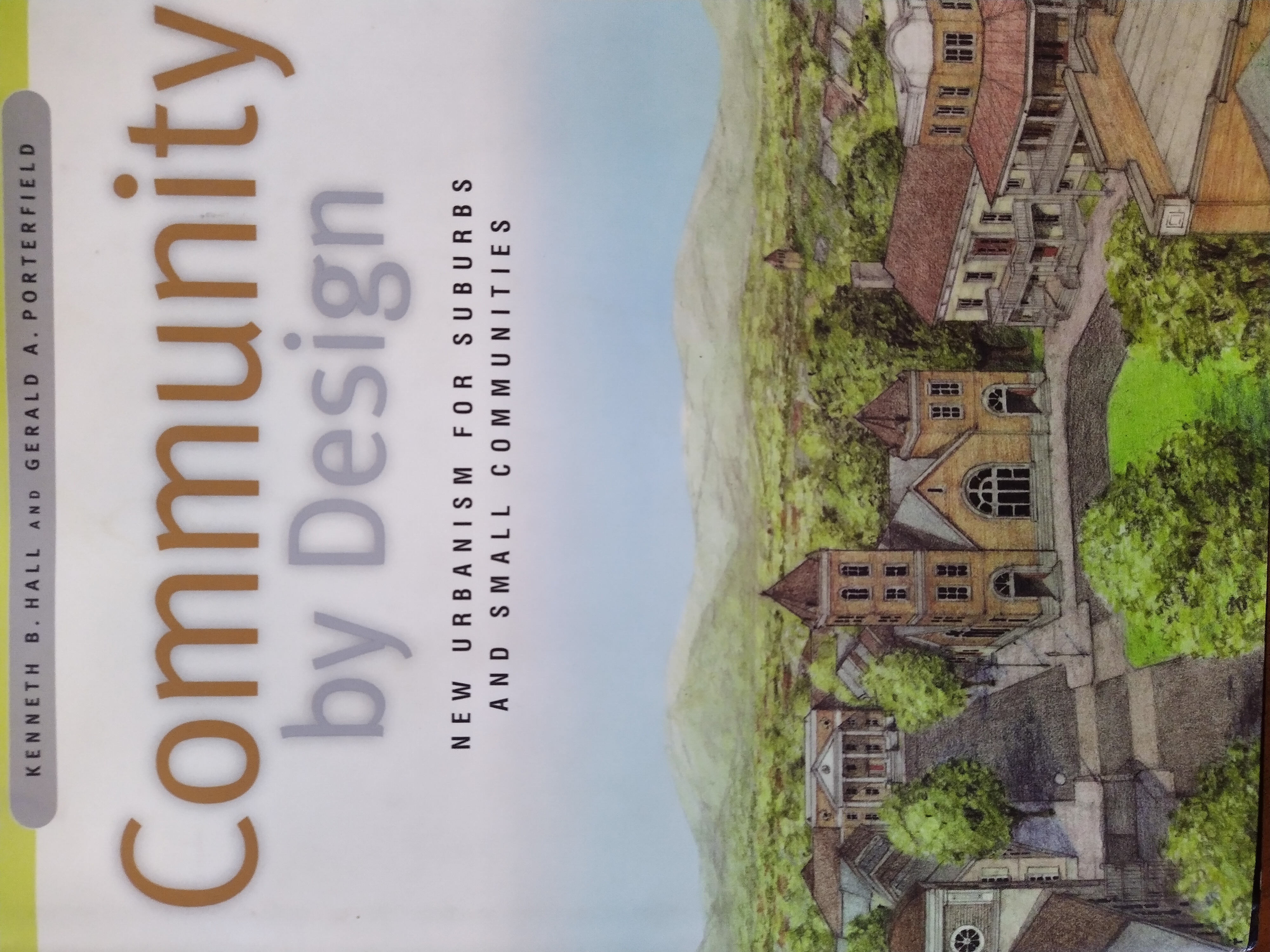 This was my shorthand for about ten years.

Originally, I never really felt the need to build the town with no cars that can feed itself. If there were any near me, even just one, I'd go. But there never seems to be. There's lots of reasons why. I've studied some of them. I'm not interested in those reasons anymore. But it has always seemed that if I'm to have the chance to live in such a place, I would have to build it myself, simply because nobody else has, or would.
I've identified different paths to arrive at "a town with no cars that can feed itself." That basic task itself is difficult enough as it is.

I've identified two main category of path. Start from Scratch, or Salvage an Existing Town.
The various flavors of the "salvage an existing town" route add extra difficulty. Not that it's impossible, just more difficult. Governance, existing social structures, existing infrastructures; all seem to pose more hurdle overall than the benefit derived. One expediency to overcome some of these hurdles is to be the boss of the place. Doing that is many kinds of costly.
The other category of path: start from scratch. It has hurdles, too. I see the most stable form of this including ownership. Another way of saying, be the boss of the place. Doing this is costly, too.
After lots of thinking and sketching, I realized that both paths are, to me, rooted in the same starting point: be the boss of the place. Both kinds of being the boss are different shades of costly.


Then I found Paul's stuff.

I'm not saying Paul's ideas are exactly the same as mine, but they seem darn close. Close enough for my taste. A prime example is Paul's idea for Symboo village (article) (podcast).
Now I don't have to be the boss. I didn't necessarily want that anyways, it was just an expediency to being able to steer a place towards the goal.
Now I don't have to haul together the scratch to own the place (the other flavor of being the boss). I didn't necessarily want that anyways. Selling this idea to VC folks and Banks is not my idea of a fun time.
Now I don't have to start from scratch; the village is already being built. I just have to put my shoulder into a wagon that's already moving, and has others shouldering it, too.
Now I don't have to know everything, or design the entire system. There's lots of other brains, many bigger and better than my own, dedicated to that task. I'd sure love to help, assuming I even can.
Now I just have to get myself up to Wheaton Labs full time instead of just visiting for two weeks each year.

posted 1 month ago
amusing that you might want to mull over if you haven't already....

without these economic ties, a person is reliant solely upon passive income which has a shelf life or can evaporate suddenly by external conditions....these ties must be real and executable in a pragmatic way....  a person needs atleast three to be able to adjust to sudden changes and seasonal changes.

soooo....what will be your economic ties to the immediate communities surrounding Wheaton Labs?


with this question answered in the form of a hard currency flow, you will not have to plan as much or amass a passive income before arriving: you can plug and play.

posted 1 month ago
Hi Orin, thanks for reading. You're right, of course.

Wherever one lives, one needs the ability to create value sufficient for subsistence, and ideally, prosperity; and Wheaton Labs is no different.