Show us your biochar system!

posted 3 months ago
I got a request on another thread to show my biochar system.
Biochar-stove-w-chimney.jpg 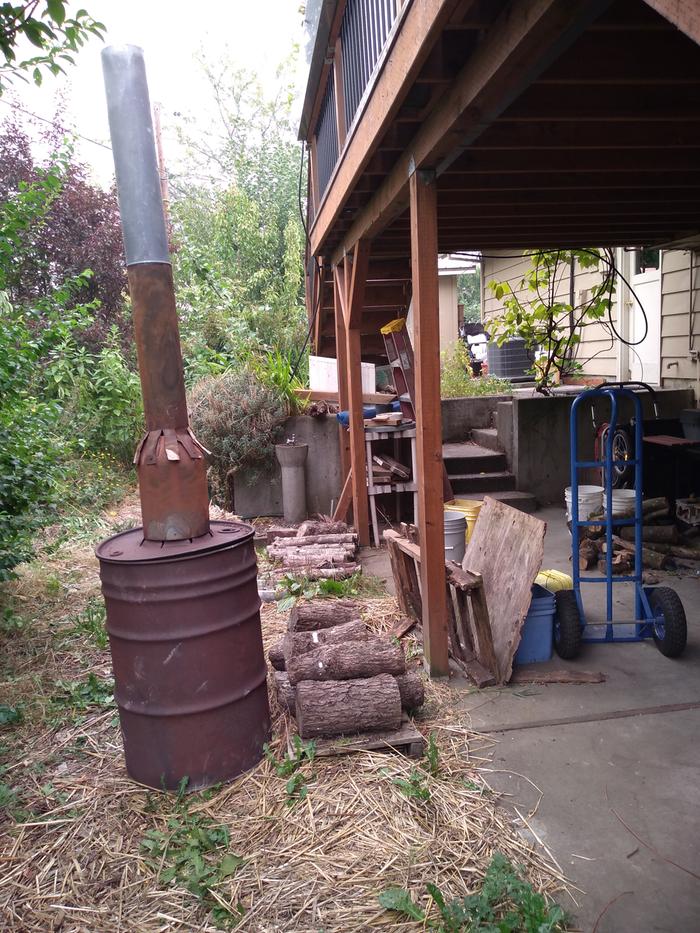 I use a flame-cap biochar system. Not the "best" system, but certainly the most popular. 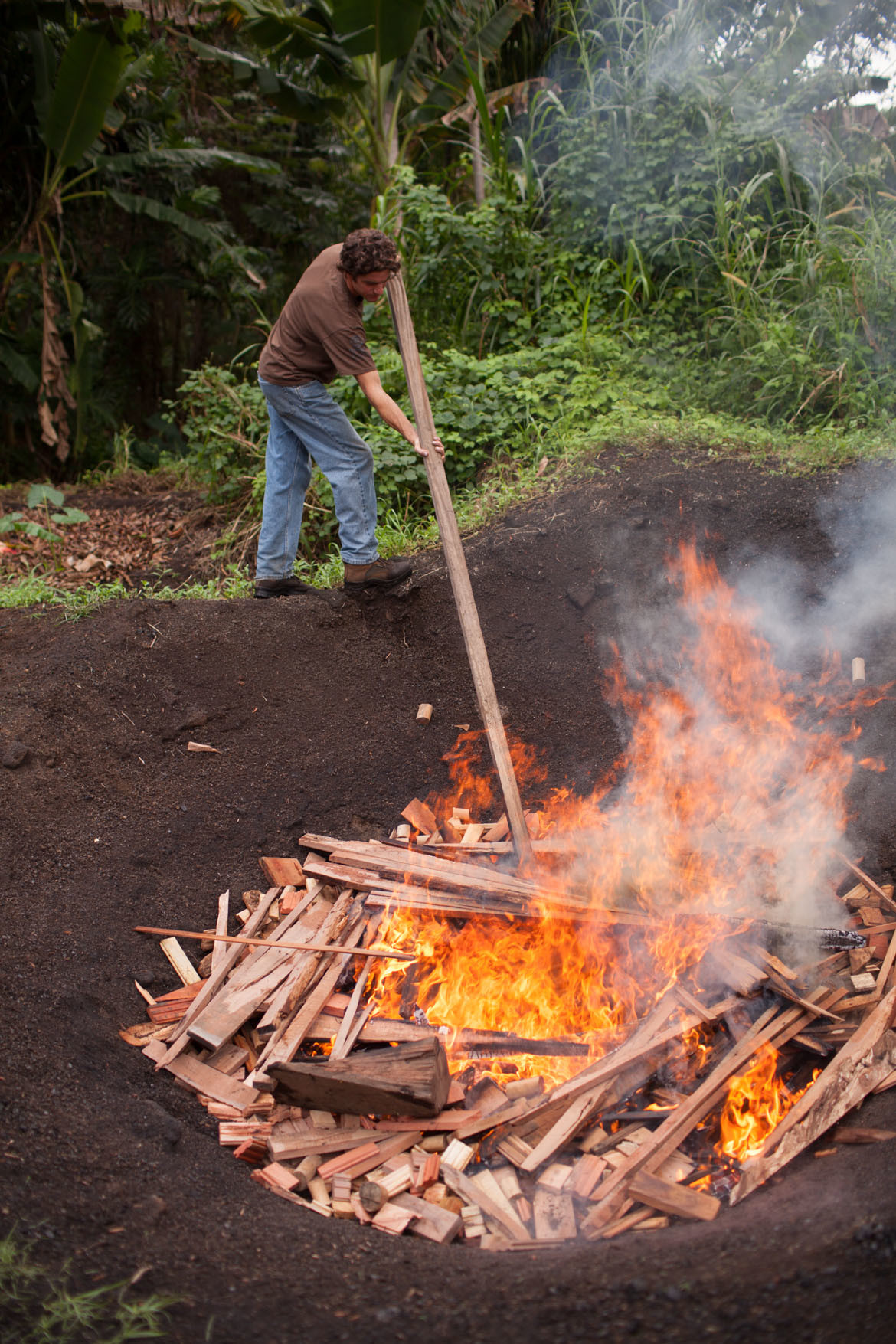 This is my main way to make biochar. It takes pyromantic intent to pull this off. The flame-cap systems are widely used around the Pacific Rim and are popular throughout the timbered western US and Canada.

Flame-cap systems are not as clean-burning as enclosed biochar systems. It is critical to the earth's health that the flame-cap charista discriminates in the fuel sizing and holds off on a flame-cap kiln burn until ideal fuel/weather (RH, moisture, temperature, wind) conditions. This attention to detail is needed to assure minimal smoke and eliminate fugitive losses of methane and nitrous oxide, invisible but powerful greenhouse gases. These can escape destruction in the flame cap due to wind stronger than the draft into the cap or insufficient draft from a cooler flame cap from cold, wet, or oversized fuel.

Done right, a flame-cap system quickly makes a bed of pure glowing embers which you then snuff with dirt, or dowse with water (or snow) to hold the char.  Very approachable, popular, scaleable, gets the job done for people who grow for a living. Satisfies that need to watch fire at work.

Josiah Hunt: How to make biochar with only a match (2013)
John Suavecito
gardener

posted 3 months ago
Here's a more dynamic picture of what it looks like:


As you can see, I hired a crew of very sophisticated French "cinema verite" film directors wearing berets, and that's why the camera looks shaky.  :)
Filename: biochar-demo.mp4
File size: 20 megabytes

R Scott
pollinator
Posts: 3764
Location: Kansas Zone 6a
164
posted 3 months ago
No pictures, but I use a cone kiln as the family fire pit.  Not the most efficient, but TIME efficient and enjoyable.

posted 3 months ago
I have three systems.
One is a tlud that burns wood pellets.
I built it from a stainless steel stock pot and agallon sized can.
I've only used it a couple of times.

The second is an old steel tool box that I fill with feed stock and pit in the fire pit  during bonfires.