Pollinators as part of a permaculture design

posted 3 months ago
Even though we all acknowledge that pollinators are vital to plant sustainability, it seems like in a permaculture design they are almost treated as an afterthought or an option.  Like, you have bees, I have goats... whatever you like.  Plant pollination is often treated more on a, "if you build it, they will come", method.

What I want to know is:  If pollinators are so important, is there a way of intentionally designing them into the system?

For instance, what data do we have on each plant species and its ratio of how many (and what kind of) pollinators it requires per plant?  Ideally, I want to sit down with a spreadsheet and add this up when I think about putting in that plant.

Also, it seems like there may be a time dimension to account for here as well.  If plants P and Q take the same pollinator and are flowering at different times, then the same pollinators can work both - this is a win-win-win because it not only keeps them fed more consistently but also both kinds of plants happy.  But if P and Q flower simultaneously, then there is more of a competition situation.  (We think about plants competing for light or nutrients, but when do we pause to consider them competing for pollinators!?)  In this case, I would need to design for enough pollinators to service both (and probably also think about what they are going to do when the food supply runs low).

Finally, even plants that don't require living pollinators may need to be accounted for by design.  So plants P and Q are both wind pollinated.  Great.  But is there sufficient wind where I want to plant them?  This could come into play when I'm thinking about placement.

As a case study, consider in the age of exploration when they tried to bring vanilla from the Americas to Europe.

Vanilla was cultivated in botanical gardens in France and England, but never offered up its glorious seeds. Growers couldn’t understand why until centuries later when, in 1836, Belgian horticulturist Charles Morren reported that vanilla’s natural pollinator was the Melipona bee, an insect that didn’t live in Europe.

K Kaba
Posts: 60
Location: MD, USA. zone 7
21
posted 3 months ago
Replying because I'm interested in the topic. I think most of what you want, you're going to have to do the hard way on site. Permaculture in general has a huge advantage here, with the love of edge, and the push for observation. Edge makes for lots of habitat options and food choices. Observation leads you to notice what pollinators are going where, and maybe you'll read up on the ones you see locally and make your space a bit friendlier to their needs.

There's some tidbits of study data, like how for blueberry pollination bumblebees visit roughly six flowers in the time it takes honeybees to visit one. And information about what diameters of holes different types of solitary bees like to stuff their eggs into, or how most hive bumblebees like a home of such and such a size. There's charts about crops pollen/nectar ratios to help mono-croppers not starve their local bees.

Flowering time is always going to be a challenge. Air temperatures, daylight length, moisture amounts and timings, soil temperatures, wind timing... Things that bloom together one year will be a month apart the next! Clones of the same plant in different parts of your space may well bloom without overlap. My parents have an azalea that blooms in August. Out here normal would be March and April.

Mike Lafay
pollinator
Posts: 163
Location: France, 8b zone
30
posted 3 months ago
So far I did not bother with pollinator. They seems to just "happen".

If you have a lot of plants, there should be a chance that some are flowering at some point, and attracting some pollinators for the plants you want pollinator for.

I think there are at least two things to do.

1) Build some insect house (don't have the English name), so that they have a spot to stay, and hopefully they'll visit your plants. honey bees are wonderful, but they are not the only pollinator, and too many of them can in fact put too much pressure on wild pollinator.

2) Have a lot of green manure growing somewhere, that you will let flower for a while. I had phacelia last year; and at some point I had about 4 square meter flowering. It was literally vibrating with bees. At some point I even heard what sounded at first like the Belgian air force, but it was only a carpenter bee. It was massive and really pretty.

If you have wild plants around, they will probably be flowering, and attracting pollinator. This include trees too !

If you include flowers for companion planting or for medicine, they will attract a lot of pollinator too. Calendula spawn a lot of flowers, as long as you continuously cut them. Borage can be another great one, as it's green mulch, and pollinator friendly.

I'd say if pollinator are a second though, it's because if you have a diverse enough garden, they will be a natural consequence. But if you really are worried, there are some plants that have flowers for most of the year, especially the ones in the last paragraph.

Oh and the last way I can tell right now to pollinate would be to do it manually, but that's either as a last resort, or if you want to make seeds and preserve a variety purity.
Matt Todd
pollinator
Posts: 432
Location: Northwest Missouri
153
I like...

posted 3 months ago
Whether or not pollinators are part of your design, any native pollinator plantings are going to be good for the local ecosystem in general and good for the plants that need pollinating if you account for spreading bloom time throughout the year. I specify native because those are the ones that will really boost biodiversity as they are hosts for the local insects to eat and even breed on.
Pollinator specimens in your design can have stacking functions of both attracting pollinating insects and also acting as pest confusers between food bearing plants.

posted 3 months ago
To me,  pollinators as part of a permaculture design are very important.

I agree this is a really good question and you have some good ideas.


K Eilander said, "What I want to know is:  If pollinators are so important, is there a way of intentionally designing them into the system?

In a way, I don't understand this.  Though the reason could be that always do this when planning a garden.  I incorporate French Marigold and Sweet Alyssum in with the vegetables. 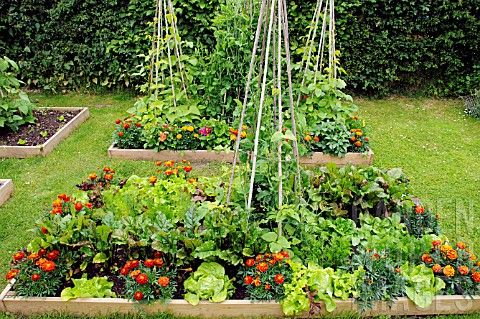 If you are looking for data and case studies I can't help with that.


K Kaba said, "I think most of what you want, you're going to have to do the hard way on site. Permaculture in general has a huge advantage here, with the love of edge, and the push for observation.

I agree, with this.

What are the goals and dreams that we are seeking?  We look at our properties and observe what kind of pollinator do we have and what kind do we want to attract?

If you look at the Pollinator Forum there are lots of threads about planting for Pollinators:

Here are some articles that I found that might be of interest:


The design aims to provide pollination support for farms and gardens, yields of nutritious fruits and nuts, valuable nesting sites for endangered native bees, and spectacular flower displays to shake off the winter blues

It is my hope that you will find some answer to your questions.

posted 3 months ago
Lets say you start with an old maize field with limited local pollinators. If you plant a few vegetables they will probably get pollinated. If you plant 10,000 flowers and those same few vegetables they probably won't be pollinated because there is suddenly a lot of choice for the pollinators. If you carry on planting those 10,000 flowers, plus host plants for the larval stages plus provide accommodation then the number of pollinators will go up, in a few years everything will be being pollinated again.

Skandi said, "plus host plants for the larval stages plus provide accommodation then the number of pollinators will go up, in a few years everything will be being pollinated again.

This reminded me about planting especially for butterfly larva: