posted 8 years ago
yep, i think about this too.
this would be something i would build, half greenhouse, half cave =)

woodstove and drying in the middle, with a thick wall between them.

the tiny place i live actually is something like a greenhouse, but more like a little shack than a cabin (well- working on it). but theres a large skylight that runs the legnth of the shack, i put a loft up there to start plants and over winter some stuff....its pretty cool i like what i built. the steps are shelving and counter space, so you climb it and walk on it to water the plants.
its also nice that it makes a cool spot under the loft, before there was way too much light and warmth, i store food and other stuff under it on the bottom shelves

Rion Mather
Posts: 644
3
posted 8 years ago
@Leila - I am so jealous. Your place sounds amazing.

The earthships are cool but my concept is more of a mix between a cabin and glass house design. A little Frank Lloyd Wright inspired. 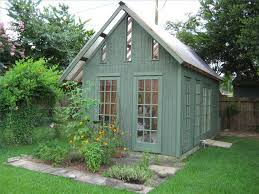 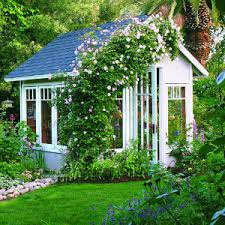 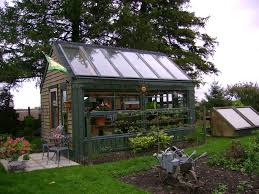 Rick Roman
pollinator
Posts: 442
Location: Pennsylvania Pocono Mt Neutral-Acidic Elv1024ft AYR41in Zone 5b
27
posted 8 years ago
Hi, Hybrid Greenhouse, Agreed! I have building plans for a full glass wall / passive solar home that is used as greenhouse. In my current home I installed many large windows and skylights, even the doors are full glass. It's the best indoor lighting, big savings on electric utilities. The only negative (but manageable) is thermal loss in winter. For that reason I recommend high quality windows. Luv the cabin photos and earthship video! Thanks.
I uploaded a few photos of my passive solar attic greenhouse /cold frame.
DSC00435.JPG 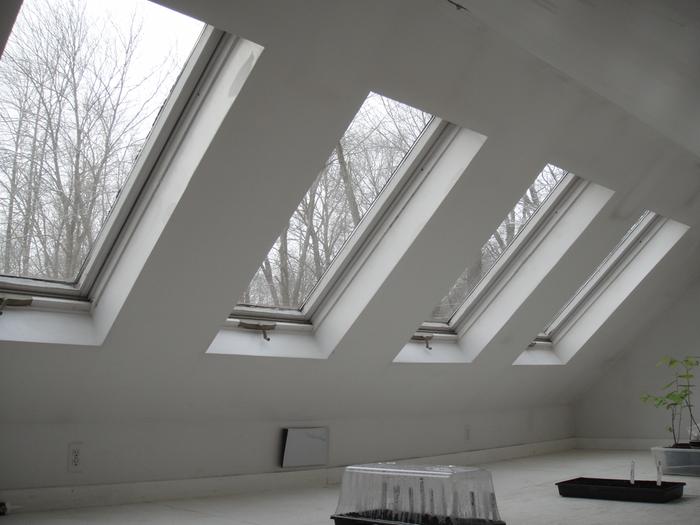 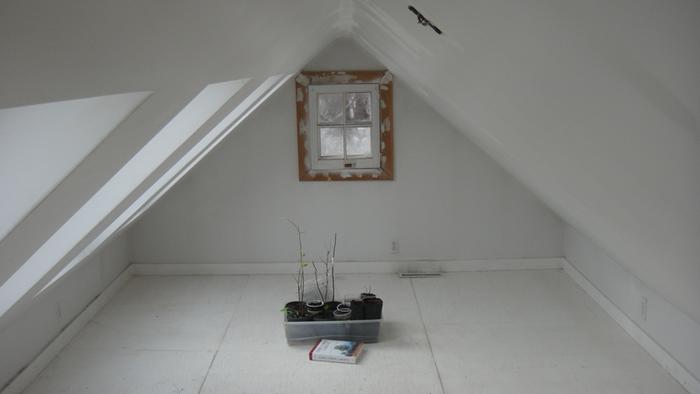 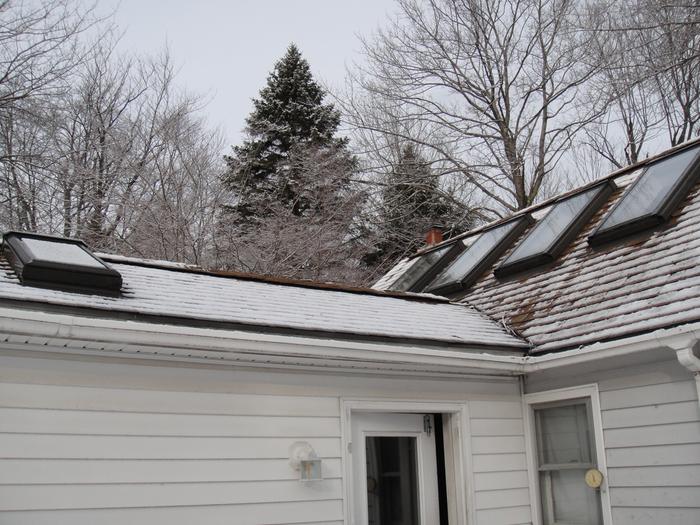 Judith Browning
Posts: 7941
Location: Ozarks zone 7 alluvial,black,deep clay/loam with few rocks, wonderful creek bottom!
1695
3
posted 8 years ago
Beautiful cabins. I love the idea. I wonder what hot summers would be like? We had an opportunity to add more glass to a south kitchen/dining room wall we replaced because of termites but only added a glass door..I wish we had had the funds to do a wall of windows and some kind of summertime block the sun screen.

posted 8 years ago
yeah it gets crazy hot and stuffy, at certain times of day, certain times of year. even opening the windows and door doesnt really cool it off....and i dont have that many windows, its just from the skylight mostly.

my friend who lived here before me used shade cloth for the summer, but i didnt like it cause it blocked the light so i took it down. putting the loft in there helped a lot to keep the area underneath cool.

i like the idea for sure, and i like those pics of the cute little cabins....
and the awesome skylights rick.

the little six feet of tropical paradise i made is not quite so fancy, couldve been done better perhaps, but i built it out of free stuff...and i think i would like to tinker with the idea, maybe someday build something else with the same idea. i like walking on the shelving =)
i like where i am at, but it needs a lot of work still...and theres some issues for sure. its very rustic.
Rion Mather
Posts: 644
3
posted 8 years ago
I used to have a place with a south facing DIY sunroom that an earlier owner had attached to the home. All of the windows opened and vertical sliding blinds were used to cool off the room in the summer if needed. In one corner was a rad 70s fireplace to heat the room during the cooler temps. I used to start my seedlings in there. My ex and I used the sunroom so much that the rest of the house space was a waste. This idea has been eating away at me for almost two years now.

I realize that this concept isn't going to work in every zone but I do see it as a possibility here in the lake region. I understand Rick's concern with losing heat in the winter and I am doing the research with design and materials to address that. I woke up this morning and seriously set this as my homesteading goal. It may take me 20 years but I have already started looking at property.

Rick, it would be great if you could post your progress on your current place and your future glass house when you get it started.

Rick Roman
pollinator
Posts: 442
Location: Pennsylvania Pocono Mt Neutral-Acidic Elv1024ft AYR41in Zone 5b
27
posted 8 years ago
Hi leila, It would be great if you could open the sky light to release heat and create an air flow from the lower, cooler level. Thats how my system works. The cave idea is right on. My home sits on pillars low to the dirt ground, the addition I built has an excavated crawl space. This keeps the floor cool on the lower level. With the attic skylights open cool air flows through the house and up and out of the skylights. On really hot, muggy days, I boost the air flow with a small fan forcing the hot air of the attic out increasing convection. I do the opposite in the cooler months, fan forcing warm air from the attic down through the house.
leila hamaya
pollinator
Posts: 1491
Location: northern northern california
238
I like...

posted 8 years ago
yes that would be nice, that sounds like the way to design it.
this skylight isnt made of glass and wood, its basically greenhouse like clear material.... and no way to open or close. it isnt that well made but hey it works ok. at least it doesnt leak!!! it does however sometimes gather condensation and when it freezes it drips as it melts. like i said, it needs some tlc.

i have considered cutting a small round opening way up there and putting a fan in there. but not powered fan, just one that naturally spun with the wind. i suppose i could think about a powered one, but i dont have much electricity.

and totally i would, if i were coming up with a design to build something, build a half cave half greenhouse...the cave part being mostly earthen....with a nice area in the middle to dry stuff.

posted 3 years ago
Try looking up "Walipini"  This is an in-ground greenhouse and can produce food at seriously high altitude and high latitudes.

I am way behind but plan on building two very large ones, and putting a RMH in one. So when the power goes out here I can move in there for a few days. Walipini use the earth as a way to not freeze. You dig them deep enough and they will not freeze.

https://www.niftyhomestead.com/blog/underground-greenhouse/  is a link to a number of different iterations of them. There is one suspect link I know of, it has 'pink' or 'pinky' associated with it.

posted 3 years ago
Sort of.  I put up glass doors all across the front of my garage, with the standard roll up door behind them.  I move my more delicate plants into the garage during the winter, and roll up the main door during the day to let the light in, and then down at night to help keep the heat in.  It also helps to warm up the house some (which was my primary reason for trying this)

The only problem is the doors I used have 'low-e' glass that apparently blocks some of the spectrum certain plants want.  So my red-leaf lettuce grows bright green instead of turning red.  But a couple days out in direct sunlight and they change to red.