posted 5 years ago
I was visiting a property about 80 miles west of Houston this past weekend.

This was a very sandy/gravely bottom land, with conventional grazing taking place on a couple thousand acres.
As we were out and about I noticed thousands of little sand piles maybe six inches high, 10 inches at the base and there
were holes adjacent that were just smaller than an inch in diameter going down into the earth, though I could not, with my naked eyes and
the light available, see the bottom of the hole.
I asked what they were, and my buddy didn't know (but he isn't the owner or a rancher even) so I am guessing that they are perhaps dung beetles.

Posts: 1748
Location: Western Kentucky-Climate Unpredictable Zone 6b
106
posted 5 years ago
Any way you could post a photo ? By your description it could be rodents or insects making those mounds . I'd watch out for yellow jackets if your peering deep into those holes also .

wayne stephen wrote:Any way you could post a photo ? By your description it could be rodents or insects making those mounds . I'd watch out for yellow jackets if your peering deep into those holes also .

Sadly, I did not.

There were LOT of these things. We thought, at first, they were fire ant mounds. But they were too close together to be fire ant mounds. they were nearly contiguous, maybe a foot apart or so.
There were very few flying insects out, and it was certainly not a yellow jacket or bumble bee nest(?).
I did not see any little footprints in the surrounding sand, so moles and mice seem unlikely, though certainly possible.

Sadly, I forgot to take a good photo of it.
wayne stephen
steward

C. E. Rice
pollinator
Posts: 147
Location: Outside Detroit, MI
15
posted 5 years ago
Hmmm. With a photo I think it would be so easy. But let me guess, I am near that area:

Gopher or mole or ground squirrel maybe plotting a new home network.
Though my first thought was harvester ants....but you would have seen them unless they had been chemically killed.
Justin Deri
Posts: 80
Location: North Yarmouth, ME
5
posted 5 years ago
I'm sorry and feel free to flag this post, but any unidentified critter in Texas instantly makes me think of the Chupacabra.

Good luck!
C. E. Rice
pollinator
Posts: 147
Location: Outside Detroit, MI
15
posted 5 years ago
What?
Yeah, and every tree on the west coast is a redwood. 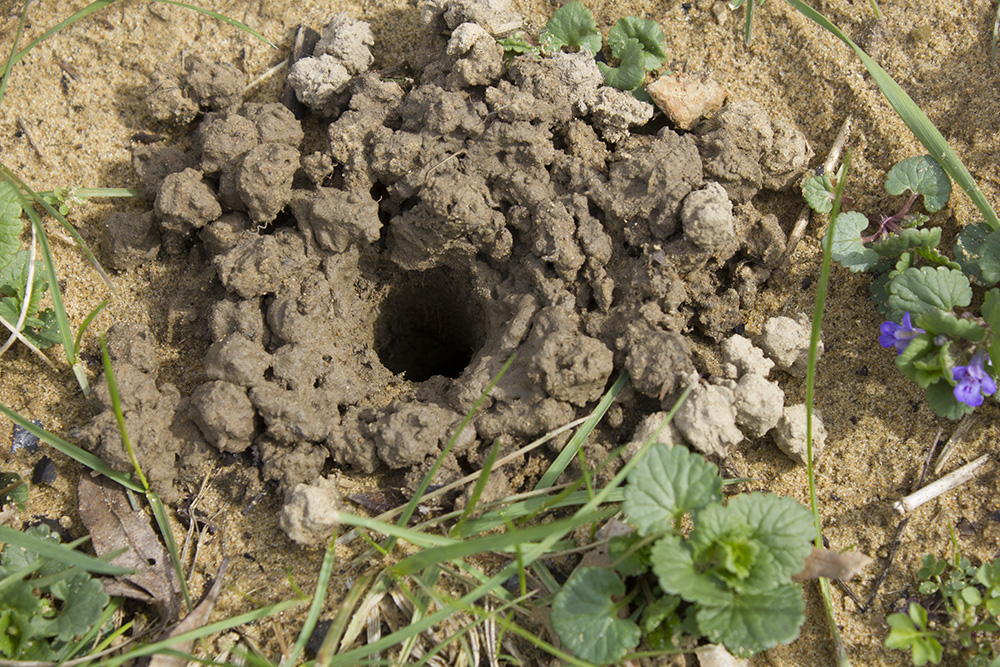 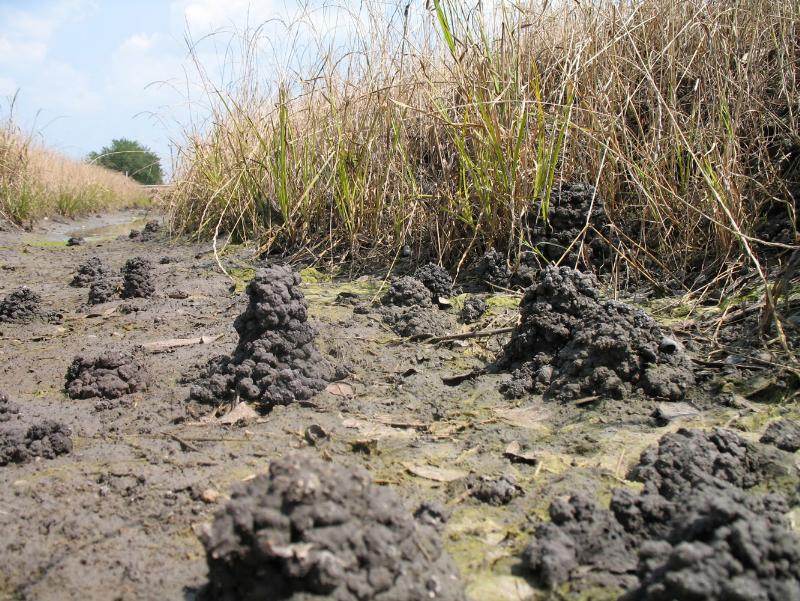 Thomas A. Cahan
Posts: 20
1
posted 5 years ago
.. hooray for the permies forums! .. I've seen similar holes/mounds-just last weekend in fact.. they were in a garden area at a local historic area here on the Illinois/Indiana border.. crawdads? .. there was a small pond nearby- thougha good 3 to 400 feet away, with dry higher land between.. I have literally been awake at night, wondering who was making these impressive volcanos..
Chris Knipstein
Posts: 45
Location: Fort Wayne, Indiana
8
posted 5 years ago
sandy/gravely bottom land
thousands of little sand piles
holes nearly contiguous, maybe a foot apart or so.
holes adjacent (to the side I assume)
holes smaller than an inch

This thread is rather old but I think I know exactly what you had found.

Probably not crawdad holes in sand and they would have a hole bigger than an inch. Crawdad holes are also usually pyramid shaped with the hole at the top and not adjacent or to the side of the mound.

What you ran across was likely a cicada killer colony. They are a large wasp about 2 inches long. They make these tunnels, catch a cicada wich they sting and paralyse to lay eggs in, put them in the tunnel and then they disappear until the next year. The tunnels are usually not around for more than 3 weeks maybe from what I have seen. They will be in a colony with holes everywhere. The wiki says their range does go all the way from the eastern US to Mexico. I've spent a lot of time in the woods and fields and I have only ever seen 1 colony so I think they are somewhat rare, though the colony is in the same place every year.

Here is a good wiki article on them. There is a picture to the right of the article half way down or so showing the mounds all over a yard.

Thomas A. Cahan
Posts: 20
1
posted 5 years ago
.. thanks for the link and info! - I am a fan of the Spex wasp- I pull up a lawn chair and watch their industrious excavating.. the mounds I saw were definately made out of mud, rather than the wasp's dry material.. also the holes were much larger.. I was surprised the crawdads would work so far from the water- perhaps to reduce the chance of detection by hungry raccoons looking for a snack..

What I think you came across was an "ant lion" trap.

The ant lion builds inverted cones in the sand with steep sides. As a bug crawls along and falls into the pit, it is grabbed by the ant lion before it can crawl up the steep slope. Very common in Central Texas. 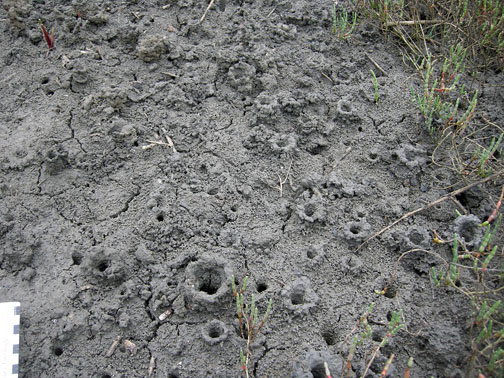