Wood gas for heat and electricity

frank li
Posts: 600
Location: Michigan
39
posted 4 years ago
We would still need to know how long and what frequency Michaels fire burns and how much of that burn time will drive the TEG near its nameplate. It may not be adequate. Looks a little edgy and i would have a possibly faulty assumption (assumtions bad for all but a rough) of the long burn times i am accustomed to. Then the output is dependent on deltaT, is the deltaT in his practical arrangement going to affect yeild in the day?

You cant let me off the hook that easy! So once 1.25kWh has been established, losses factored, i still would need to know more about that fire! Very good chance a 70w-100w TEG device could do the work.

I really did place a foot in my mouth... the word never. Justin or Michael may just desire to charge a lithium battery in one hour of burn time at operating temp. I really did not know and it was hasty.

That horse is dead.

The people building/converting steam powered scooters and mopeds may have something to show Justin. The powerplants sizing are more aligned with his application.
R Jay
Posts: 198
Location: 54 North BC Canada
35
posted 4 years ago
Using your example:

The stove has to be a radiant-type--single-walled with a flat mounting
surface...able to reach a surface temp close to that of the internal fire.

It appears like itwould have to fired up for an hour to get it to running temp,
then another nine hours to keep the temperature up, then you could stop
being a wood feeding slave and let it cool down [while still operating your laptop]


frank li wrote:
.... my system is capable of converting 4.5 terra perms per average sunny day for storage, where a perm (P) is the amount of heat absorbed by a hair on the back of Paul Wheatons hand while basking in 100w incandescent lamplight with a distance of 2.5 feet from the tip of his mouse finger and in a room at 50° F (F, for the purists) ambient air temperature and his desk and walls re-radiating sunlight from the day before!

Of course the whole thing is out the window, if the lamp reflector surfaces facing the hair are not up to operating temperature.... we are going metric with delta-wheatons, where we measure the temperature of the coffee cup handle within 45 seconds of activating the lamp and convert that to incident gastrointestinal cob dust digestion rate where poultry is not being housed and a pound of collard greens were eaten an hour before.

....ooooh kaaay....would that would be like checking whether the digestive force exerted in
newton-wheatons/sq meter at the willow feeder after eating a chili made with fresh venison+beans
followed by several hundred mililiters of leafy greens+nettle soup becomes directly proportional to his
size times the length of his large intestine--and inverse to the speed in kilometers per wheaton squared
needed to "pull his finger?"

frank li
Posts: 600
Location: Michigan
39
posted 4 years ago
Yes, equal to that, just not stated as well, even if you equate my words to fart gas.

frank li wrote:Yes, equal to that, just not stated as well, even if you equate my words to fart gas.

Wood feeding slave! I know all about it.

I got to agree....at the time I wrote that,it was early morning and I was  also thinking about this other system at
the same time....

I just couldn't help thinking of this system that I read about a number of years ago....written by an off-gridder
long before "living off-grid"  was a term in common usage.  No such thing  as a TEG or cheap solar panels.

He had enough property to raise crops and make alcohol in his 6-inch vertical still.  He used an old van and
redid the carb jets to run alcohol.  He threw away the air-conditioning unit and replaced it with a second alternator.
Got rid of the radiator, too....ran his coolant thru a copper coil in a stock tank.  Ran the van on alcohol fuel for
enough time each day to charge his battery bank [that was in the van's cargo area] and heated the water in the
stock tank so his family could have a shower.

Stills and making alcohol without a permit--in this case he did have a "limited" permit--is illegal.....but as long
as you have the acreage to keep it hidden and don't start selling it as your version of "Kickapoo Joy Juice"
you shouldn't attract the attention of the "revenuers" since all they care about is the taxes the State gets
on every ounce that is marketed.....and I think it is easier to get a alcohol-for-fuel permit nowadays....

frank li
Posts: 600
Location: Michigan
39
posted 4 years ago
The Ivan labs circulators traditionally incorporate a March magnetic coupled head. These things are about bomb proof as it gets for all kinds of tasks. They come in stainless or brass and are suitable for fluids at 250°f operating temps.

A 3w El CID would do the 2gpm. 16 inches max head though and at a much lower rate.

I use a 20w model to drive our woodfired dhw boiler. Its storage and delivery are a poly barrel with an immersed coil hx for potable water and open (atmosphere) tank, like a fountain containing the boiler fluid, purified water.

We have installed and used these circulators ourselves for 16 years, great off grid gear.

People in Scandinavian countries have adopted TEGs and dc circulators for wood fired boiler circulation for a couple decades now. The byproduct is sometimes energy for lighting. They are operated with outdoor mounted radiators, generally.

What pump are you indicating? Looks interesting if it can take the heat. Is it positive displacement? That is high head for 13w-14w by any other means i know of.

We ran a vane type pump and a diaphram pump (both polymer) at 150°F for a season without issue, but i think time would have killed them both sooner than a permanent installation would require.

I remember a video of a guy running a chainsaw with a woodgas generator made from a 5 gallon tar bucket, some tube and a coffee can or two. Cant remeber the blower, probably a small diameter woodstove blower. It ran, no lubrication though, so just a demo.

At one time we had 2 VW Rabbits and 6 engines, milk crates of fuel distributors, etc.
I wasnt keen on driving the little things and wanted a grid tied SVO generator sized to heat our house and dhw...ahh, city slickers we were!

Wheeling back around to the topic; wood-gas, heating, electricity.

Wood-gas engines are appealing from a practical standpoint...wood-gas has a minimum fuel refinery apparatus and can be produced for use on demand or stored.

Wood fired stoves and heaters run on wood-gas and are way more simple than most wood gassifiers designed for fuel production, both in the processing of feedstock and during operation.

Have not seen an engine yet, that i adore for being clean, quiet and vibration free. In a past mode of operations, yes but i like it quiet and ungreasy nowadays and without trips to hopefully properly dispose of gick.

I could consider the Sterling. They can be fabricated entirely or use some existing machinery modified to a new duty. Having a pure fabrication can help ensure parts are always available and repair knowledge is nearby.

TEG module chips, by comparison are manufactured by pretty esoteric processes to get high power density.

Youtube has plenty of Stirling exibits i didnt realize there were so many nowadays.

This looks nice, expensive and capable. I like it if it will operate lubricated with animal or plant oils and be isolated from being a general nuisance around the homestead.

Did find this while fishing around. It allows use of high efficiency, insulated fireboxes.

There are modules that operate at low temp, 325f-ish also.

I have seen TEG modules up to 400w for around $100. The rest of the generator and heat sink would need to be diy, its just the power circuit.

I get all twinkly eyed at the thought of incorporating a solid state brick to throw on our stovetop. An iron box that converts woodgas to heat and an aluminum box that converts incident heat to electricity with only the sound of the fire being heard, no oil to change, no whirligigs, just long service life, easy component replacement. A fire box, electrical box, a circ pump, and snap disc temp switch.

Branches and cord-wood ( or other biomass) in, heat and electricity out with a minimum of Rube Goldberg-ness, which engines always remind me of. Too many knuters and widgetry.

The radiators commonly used for Scandinavian installs i have seen are extruded aluminum, pretty beefy like parallel manifold pv rail full of fluid, and not a common liquid to air heat exchanger with fine fins on the waterways. A radiator like this should last a lifetime if kept from experiencing acidic antifreeze for a prolonged period stainless flex line and associated brass fittings should also last a lifetime or more.

It is quite likely that you would need to replace most steel constructed wood heaters before the TEG and i have seen plenty of 20 plus year old solar thermal circulators doing their jobs happily, but also replaced some that were only in service for 15 years or so.

Antifreeze (propylene based), 5 years, but i have also seen report of 30 year old antifreeze operating in a 12 collector solar thermal application.

Not sure of the temperatures experienced by the transfer fluid in the Devilwatt or others and there is no reason to limit prospects to liquid cooling air is fine, just more bulky and... fans all over the stove kinda kill it for me, if they are located in occupied space. Havnt heard an aircooled one operating though either, it might not be that noisy.

Great cogen devices for a dependable kWh or two as a byproduct of woodfired space heating or process heat, especially in combination with other renewable energy sources, at least at sites like ours. We get long strings of overcast days that coincide with a heating requirement.

We generally use 1-1.5 kWh daily, somedays as little as .4kwh and some days as high as 3 kWh and heat with wood 6 months of the year, so a TEG makes sense, even a 50w.

One of our pv arrays is 1100w on an outback mx60. This array produces 100-400 watt-hours on overcast days which can last 15-20 consecutive days, sometimes nothing at all for a few days in that period. This will likely happen in november, december or january somewhere. It forced us to use a laundromat a couple times as a precaution to battery longevity. Dollar for dollar, a 100w TEG would have been 2-4 times as effective as another 1100w pv array, mounts and wiring during a period like that.

Not having clothes contaminated with commercial laundry detergent and fabric softener residues from the previous persons laundry.... priceless!

https://triz-journal.com/generating-electricity-families-northern-sweden/
Charmian Larke
Posts: 9
posted 4 years ago
It may be interesting to look at the use of a Stirling engine. These are external combustion engines and can take a range of heat sources. There are small ones available and one example is shown in
http://www.microgen-engine.com/      Stirling engines have struggled over the years to find a big enough market as they are not highly efficient, but in remote locations or special circumstance they provide a good solution.
R Jay
Posts: 198
Location: 54 North BC Canada
35
posted 4 years ago

frank li wrote:
What pump are you indicating? Looks interesting if it can take the heat. Is it positive displacement? That is high head for 13w-14w by any other means i know of. 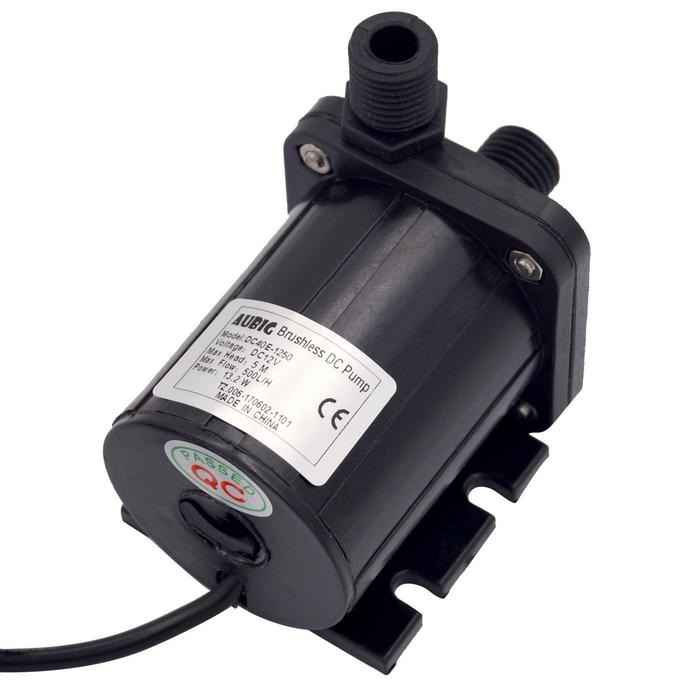 $3/watt is more than a gas engine but maybe comparable to or less than solar system.
Continuous operation would require at least 1.5 cord of hardwood/yr.  Seems not too bad actually.