I have been managing online communities for 30 years

In my first year, I made the mistake that nearly all moderators make: when I removed a post I sent a note to the author to explain my choice and ask that person to not do that. About 15% of the time that ended well. About 30% of the time that resulted in the author making a really clear case that I was an idiot, a moron and incapable of understanding what good writing looks like. This case usually went on to talk about my lack of good education, upbringing and a high probability that my hygiene was sub par. The author could generally write a very large message about all of my shortcomings without ever meeting me in person. Maybe they used tarot cards or something to get a clear read.

I then received advice from somebody that had been moderating for more than a year: delete the post and say nothing to the author. I tried that - it worked ten times better.

As the years passed, I found myself managing different systems. In 1991 I appeared on the cover of the Missoulian. The headline was "A (social) life on the line". I had an online service that was all forums. There were 12 phone lines coming to my house - each with a modem. I ran a microvax 2 in a spare bedroom. In the winter, that bedroom was kept plenty warm.

In 1993 (I think) I created BananaCom: this was software that would make it much easier to get connected online. It was kinda like a web browser, but it was for looking at sites before the internet became popular. In 1995 BananaCom won a bunch of awards and was downloaded more often than all the other com software combined (ProComm, QModem, Telix, etc.) - yay! I ran "The Montana Banana BBS" and I visited with sysops (system operators - people that ran online sites) on the phone a lot as they integrated BananaCom into their plans for their site. I gave a lots of advice and heard a lot of stories about human behavior. I developed a lot of philosophies in how an online community would be healthiest. At the time, the biggest, best, and most expensive online site was CompuServe. My CompuServe ID was "72707,207". It cost $12.50 per hour to use compuserve and somehow that led to some extremely high quality discussion. 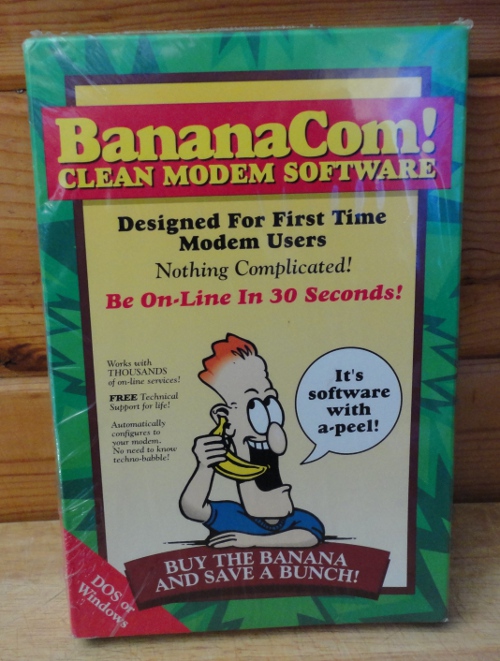 In 1998 I set up the forums that are now called CodeRanch. It started off as "the electric porkchop" and later "JavaRanch". 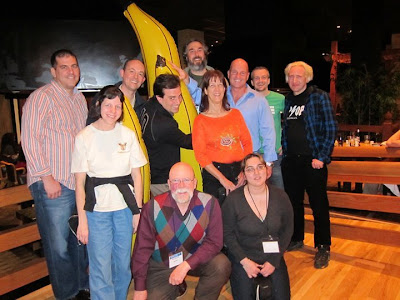 With each problem that would come up, it seems I spent more and more time polishing my philosophies in how to build community.

I remember during the BananaCom days I published the philosophy, which I think is still true: A site that offends nobody is of interest to nobody. Offending people is the way we attract people with a similar value set while repelling people with an incompatible value set.

This community has grown very large. Even though, through the years, there are thousands of people that have stood up to point out that the way I live my life is unacceptable, there have been millions that have received some benefit from the things I have built. A few days ago somebody said about this site


It's a shame, that site could be so much more to so many more people. But it's held so tightly it can never fly.

and there was a response


I find the "can never fly" amusing, as being the biggest permaculture site on the net sounds like a good definition of flying to me

Over a million people come to permies.com each month and there are over 10 million pageviews each month. This site isn't for everyone, but it seems to work for a lot of people.

A few minutes ago I read something and it occurred to me that it has been 30 years that I've been doing this. I just felt like writing about it a bit.

posted 4 years ago
So is this the year your online persona gets a black birthday cake or does that wait till 40?
chip sanft
pollinator
Posts: 459
Location: 18 acres & heart in zone 4 (central MN). Current abode: Knoxville (zone 6 /7)
50
I like...

posted 4 years ago
The proof of the pie is in the eating!