posted 4 years ago
About a year ago, I was in Sprouts market, and they had a grain/seed on sale I'd never heard of, for ninety-nine cents a pound.  It was right next to the chia seeds in a bulk bin.  I was in a hurry.  The seeds were/are very tiny, so I thought "I wonder if that would go well in my cover crop mix?" and rather than Googling it (because I was in a hurry) I just scooped up a pound and threw it in my basket.  I wrote the PLU# and the price on the little twist tie, but (drumroll) not the name of the seed.  I assumed I would remember long enough to get home and do my Googling.

That might have worked, except when I got home I threw the bag in with my other grocery grains and forgot all about it.  Now I have found it again, and I'm drawing a blank on what the heck it is.  It's not chia, it's not quinoa, it's not amaranth, and it's not millet (at least under any of those names).  It cannot be very obscure or it wouldn't have been for sale in the very modest bulk section at Sprouts.  I feel confident that as soon as somebody proposes the name, I will recognize it, but I have perused several long lists of edible grains and seeds without anything ringing a bell, so maybe not.

Anybody have a notion, based on my photo below?
IMG_4869.JPG 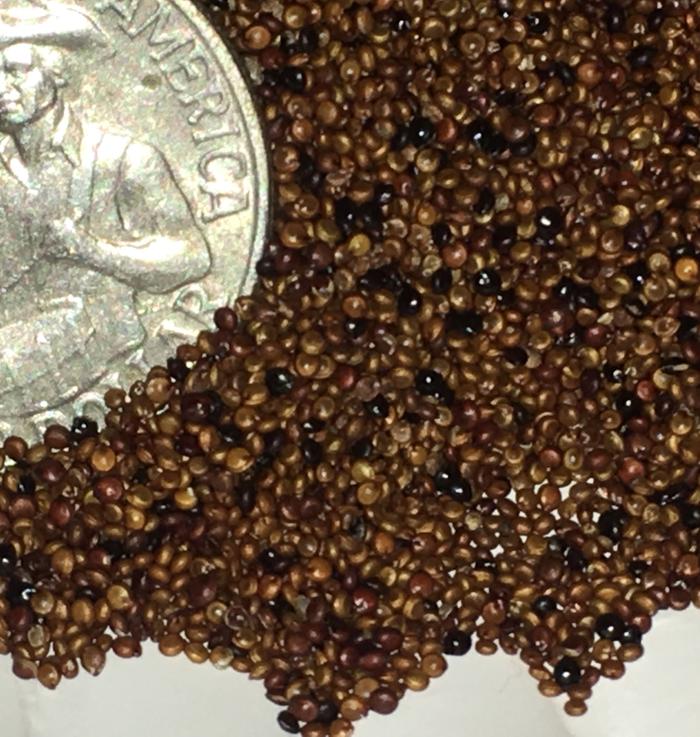 Thanks!  But I don't think so.  My memory is very clear that the name of the seeds was a name I had never heard before, which doesn't fit alfalfa since my mom used to sprout them for winter veggies when we lived in the deep subarctic wilderness. Plus a google image search on alfalfa seeds is refreshing my memory that they are a bit larger and lighter in color than these.  But I appreciate the suggestion!  I'm feeling very foolish about my failure to write the name on the tag when I scooped them into the bag.

posted 4 years ago
Maybe poppy seed?    "I wrote the PLU# and the price on the little twist tie"

Can you call the store with the PLU# then maybe they could look it up.

Judith Browning
Posts: 7833
Location: Ozarks zone 7 alluvial,black,deep clay/loam with few rocks, wonderful creek bottom!
1592
posted 4 years ago
If they were intended for sprouts maybe go ahead and sprout some? It might not take too long for them to develop true leaves and then ID might be easier.

posted 4 years ago
Could they be a mustard seed?

Not poppy.  I buy those a lot.


Anne Miller wrote:"I wrote the PLU# and the price on the little twist tie"

Can you call the store with the PLU# then maybe they could look it up.

I like that idea in theory, but I have a sort of social phobia around placing odd phone calls to make unusual requests, so that's not going to happen.  Plus I think they were clearancing the stuff a year ago so would not necessarily expect them to still have that PLU unchanged in the computer.

Judith Browning wrote:If they were intended for sprouts maybe go ahead and sprout some? It might not take too long for them to develop true leaves and then ID might be easier.

I don't think they were being sold for sprouting (could be wrong) but this is a clever idea.  Or maybe I'll just grow some out and see what I win.  Thanks!

Tracy Wandling wrote:Could they be a mustard seed?

Good idea!  Appearance is close enough to make me wonder, notwithstanding that mustard was not the name on the bin.  But I've crunched a few and they don't have any of that pungent mustard-seed flavor.  Also not basil seeds, which are sometimes sold in bulk for food use and are tiny/dark.

posted 4 years ago
Weird thing about PLU's for most produce. The grocery store isn't the one that determines it. If it's a produce PLU the number will still mean the same thing. The things you learn working in a grocery store.
Dan Boone
gardener

posted 4 years ago
Found it!  It's Kaniwa -- a quinoa relative, smaller in size and darker in color.

And and Casie put me on the right track -- I didn't call about the PLU, but I did go find the main website for the store chain where they list nutritional info for everything in their bulk bins across all stores.  When I saw Kaniwa on the list I recognized it immediately, and a Google image search confirms.

Thanks to everyone for your help!

posted 4 years ago
Here's the Wikipedia article on kaniwa:


Qañiwa is a forgotten crop. Once widely used in the Andes, qañiwa has been replaced by other crops as millet. Today it has only significance at higher altitudes, where neither quinoa nor millet can grow.[16] In analogy to the success of quinoa and the increasing demand for it in western countries, qañiwa has a growing market potential. It can be well grown in cool climate or mountainous regions.

Here's a nice photo from a profile of Kaniwa at Prevention.com: 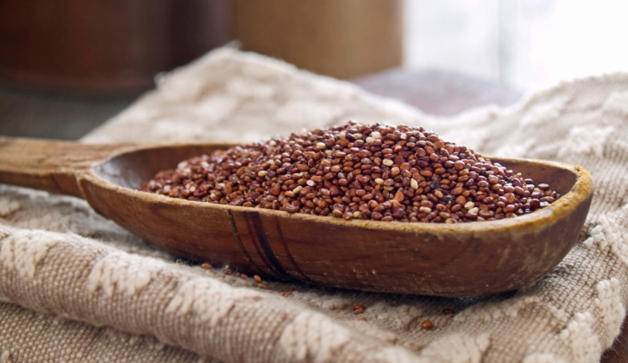 And this one comes from Google image search, from a Pinterest that's not there any more, that contrasts kaniwa and quinoa: