Differences for rotating only a couple animals

Katie Jarvis
Posts: 89
2
2
posted 4 years ago
Any advice on rotating 2-3 animals? We are currently rotating a horse and a mini donkey around our 2ish acres (once we finish clearing, there will be 3-4 acres). We have a lot of weeds and are considering adding a sheep like a katahdin to the mix. We don't really want to deal with containing a goat...and we will be adding pigs in the speing. I know trampling is not as effective with only teo animals - any other differences? We are verynew to this all. Thanks!
Bryant RedHawk
gardener

posted 4 years ago
You can do this method with just a few animals, the trick is to limit the amount of space they have to move around in. With the smaller space, you will get the trampling effect and you just move them from little plot to little plot, a pasture rotation in miniature is what you want to do.
The donkey is a browser, so it will eat some twigs and thus do the same job a goat does.
Sheep are grazers as is the horse, sheep will shear the grass down to the soil level if left in one plot for too long a period.

When you start such a miniaturized paddock system, you will need to make daily observations to determine just how long the animals can stay on any one mini paddock.
You want to move them before they destroy the pasture plants so the rest time will allow those plants to make a recovery.

Katie Jarvis
Posts: 89
2
2
posted 4 years ago
Thanks for the reply! We are moving them daily in an electric fence right now. They spend the night in a sacrifice area with hay, and they spend the day in a fresh area each day. We have to move them every day to get them to eat more variety. But they don't seem to trample very much...maybe because horses are so careful of where they walk and the donkey is so little? They tend to eat what they like down to bare ground and leave the rest tall, even in the smallest possible paddock size. I think, since they are not ruminants, they just cannot eat most of the weeds...they are getting better about eating a variety, actually, so I'm hoping that continues the longer they live on this property and get used to this whole idea
Bryant RedHawk
gardener

posted 4 years ago
Is there a particular reason you move them to a persistent overnighting area, such as predators? If that isn't an issue then you could leave them in the paddock overnight and only move them in the morning to the new area. That might give you more trampling action.
We have one donkey (regular size) she does a pretty good job where she goes, but as you mention, donkeys are picky eaters. I've watched ours smell every plant before deciding where and what she wants to eat. She also picks a "potty spot" and that is the only place she deposits dung and urine.

The mob grazing model is based on a minimum of 10 animals per quarter acre, so to mini size the model you have to do some math to get things just right.

When you get the hogs, you will get a lot more trampling along with some rooting, but once again, there will be items they don't touch for food, but they will let the droppings fall where ever they happen to be standing at the time.

Katie Jarvis
Posts: 89
2
2
posted 4 years ago
We mostly bring them in at night because they are not inside permanent fencing and we've hd issues with them getting loose at night. Plus, we do have some predator and wild pig issues at night, also an issue since they are not within permanent fencing. Once we finish fencing, we will leave them in all the time. I hadn't thought about how much that would help trampling, though, that's a good point.
Ray South
Posts: 69
Location: Northern Tablelands, NSW, Australia
3
posted 4 years ago
We have 14 sheep that we move each day. We gradually shrank the area they were grazing until we got them eating about 50%, trampling about 40% and leaving the rest. We make small adjustments to the size depending on how much fodder is available. They eat some of everything but they're sheep so I would expect that given the 'cell' size. When I say they eat 50% I mean they eat the herbage down by about half, in other words, half of just about everything. So far they've been reluctant to eat scotch thistle and they demolish the few plantains that are there.
Katie Jarvis
Posts: 89
2
2
posted 4 years ago
Our biggest issue is that they eat the stuff the like all the way to the ground- like probably 1/4" long. Idk if this is just how horses eat? It seems to be. They will go over the stuff they like twice before touching anything else - though they are gettinf better with more time on the land - they seem to be adapting to having to eat the other grasses. I'll try to add pics next time they graze. We have a hurricane coming right now, so everyone is locked in their secure pens.
Bryant RedHawk
gardener

Katie Jarvis
Posts: 89
2
2
posted 4 years ago
So we are finally grazing again after the storm, and here are some pics.

First, a pic of the whole area

Second, a close up if the grass next to a step i. Post. Grass itself is probably 8" tal, seed heads over a foot.

Third, the area after 24hrs grazing. We left them overnight, and did get some decent trampling. Note that the back several feet are still underwater, so they couldn't really graze it due to mud.

Fourth, the area of grass that they like the best. This is mostly what concerns me - it's down to dirt! And I can't tell that it's any different from the other grass, which is confusing.

Fifth, a pic after 12 hrs of grazing, when we normally would have moved them.

This grass alsp had 50 years of being mowed, raked, and vacuumed, so the grass is pretty sparse as well as there being no organic material or nutrients at all in the soil (literally the soil tests came back zero for everything but iron). 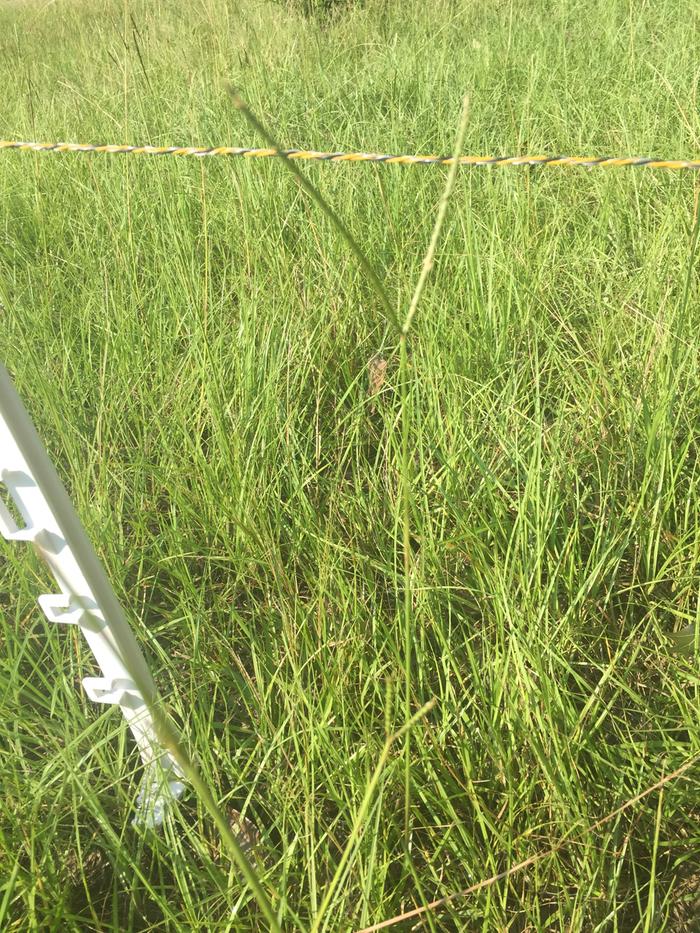 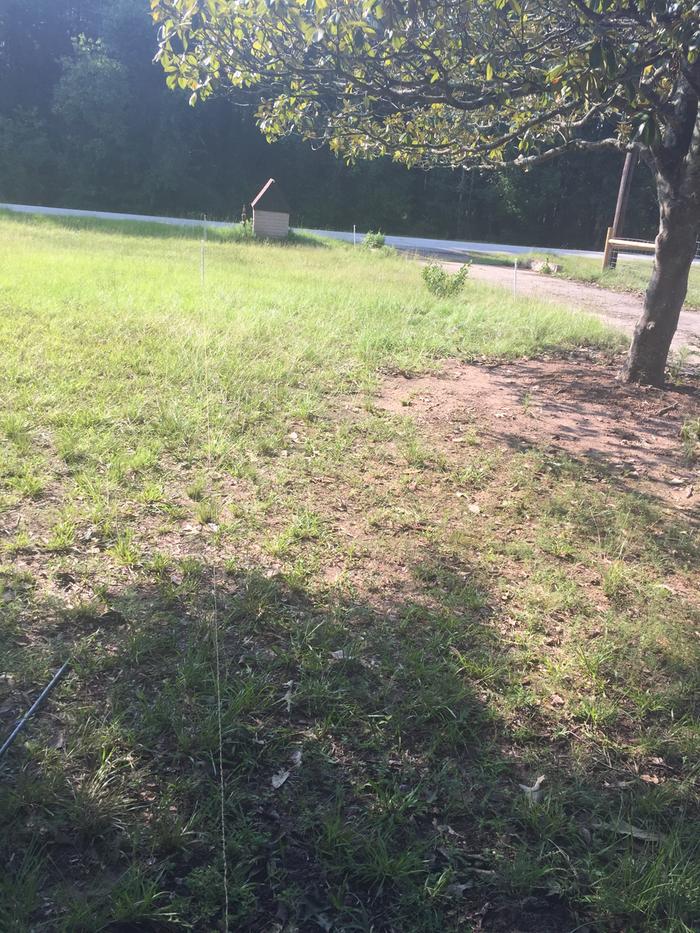 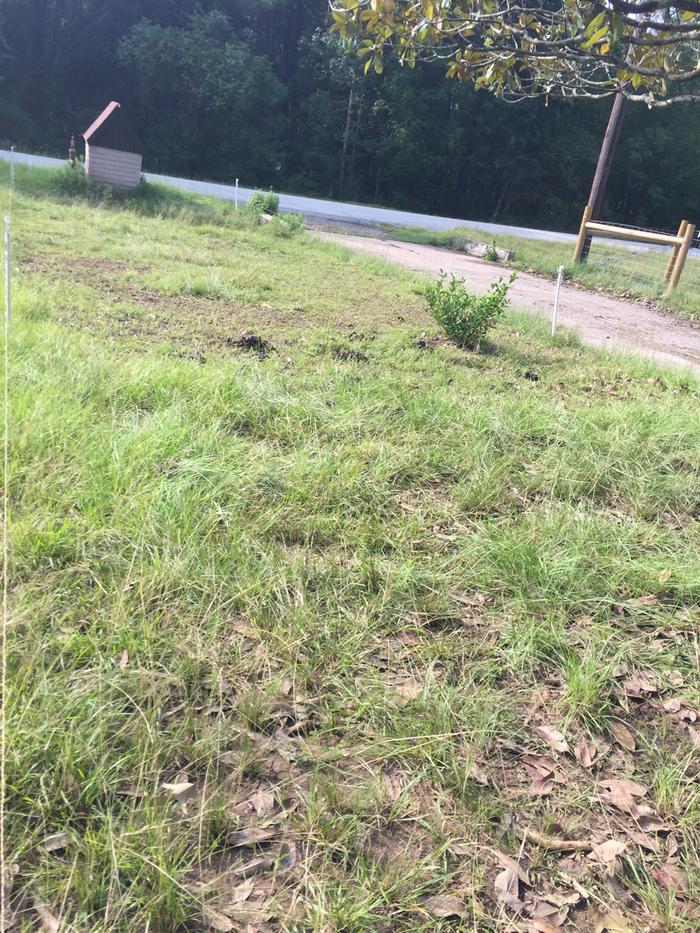 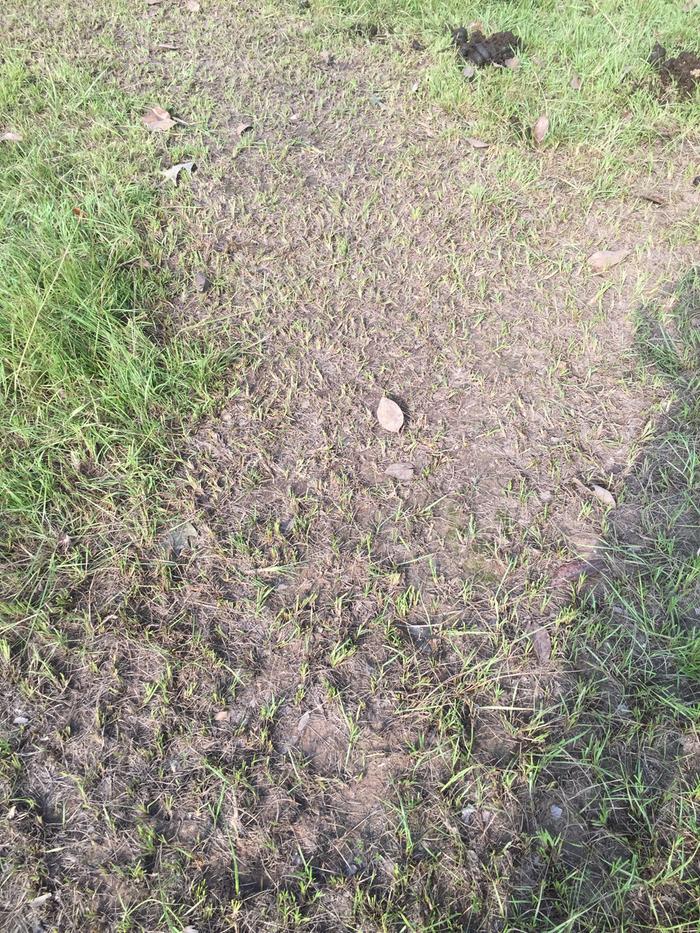 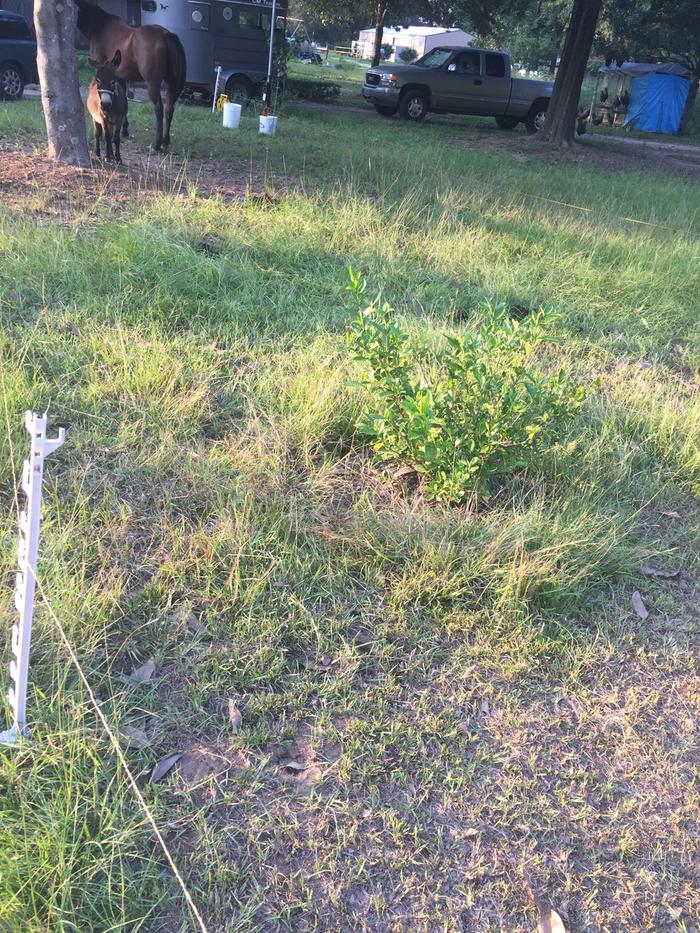 Katie Jarvis
Posts: 89
2
2
posted 4 years ago
We do also try to follow them with the duck's kiddie pool so that the shorter grazed areas get at least a bit of water. This also encourages the ducks and chickens to hang out there a bit more.
Mark Brunnr
gardener

posted 4 years ago
Perhaps seeding other plants that your animals would prefer would help? You could seed certain spots to get them started, and once established see if they like it, and adjust as needed.

While their web site doesn't work too well, Heartwater Farm in Utah uses rotational grazing for the cattle they raise: Heartwater Farm  (They are looking for interns BTW, to hopefully take over the farm as they are getting older and their kids aren't into it. Monolithic dome house on 20 acres, big pond, full solar, year round spring coming down from Bryce which is just north up the road.)

When I visited them, they explained that there was a lot of grasses in place that the cattle don't like, it was too tough. I think they had each paddock at 1/2 acre, and there were well over a dozen paddocks. I think there was around 20 cattle, and they would rotate every 1-2 days depending on how fast they ate. Once the grass was down to 6 inches (starting at 12-18") they were moved, so no chance of eating the soil based bacteria. Grass grows back before they return. They raise the cattle for someone else for their income, and keep one to butcher for all their meat for the year.

So to reduce the grasses which the cattle disliked, they would sow red clover each year, and it would beat out some of the existing grasses once the snow melts. It was a couple years in when I was there and they had converted maybe half of the nasty stuff. Each year got easier. There were a number of other plants that dotted the paddocks, that were medicinal for the cows, and they would eat it now and then as needed instinctively.

posted 4 years ago
Goats might be a nightmare to fence in, but they're usually worth it.  Best purchase I made was a $200~ solar electric fence.  Your'e looking at about $0.11 per foot in actual strand and clip cost, cheaper than any other kind of fencing.  And they learn real quick not to mess with it.  If you're going to try small pen rotation for trampling/clearing, it might not hurt to invest in this anyhow.   From my experience, goats will eat what nothing else does; more than horses, poultry, and even sheep.  Not sure about pigs though.  If you really want weeds/grass/shrubs/saplings/etc cleared, get a couple goaters and an electric fence :D   < < < just my opinion!