Wow! I discovered yellow jackets are good for something

posted 4 years ago
Today we chopped down a cottonwood tree to get at a massive tent caterpillar nest.  We broke open the nest and started smashing caterpillars only to be overwhelmed by wasps.

Hopefully, this works.  It's the first video I've ever made, so please forgive any mistakes.

The wasps hunted down and captured the caterpillars, then one or two wasps proceded to dissolve a caterpillar to some sort of gooey substance which they then took away.  It took about a minute per caterpillar. 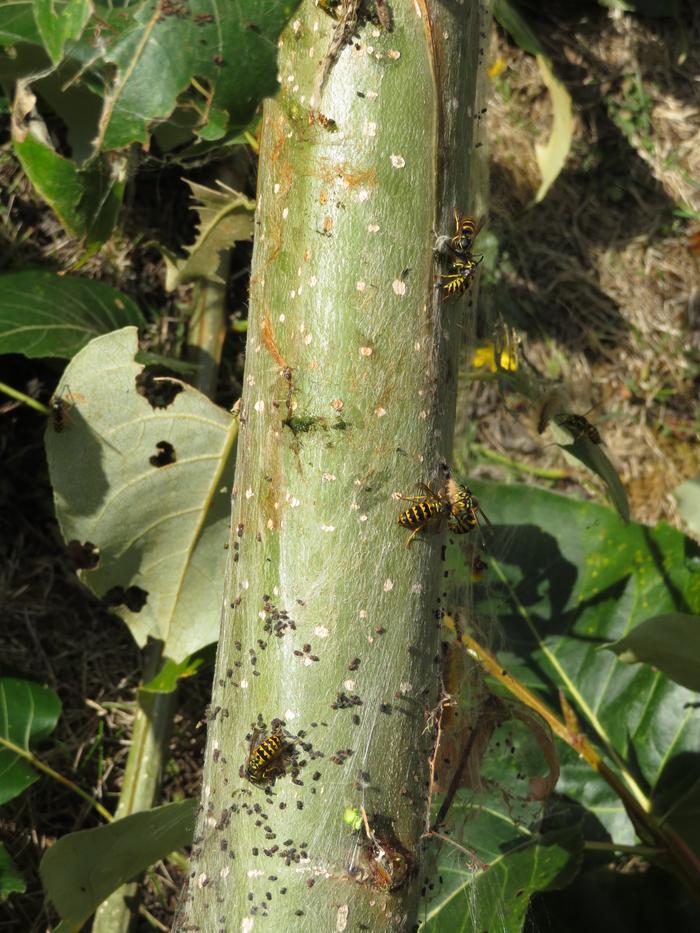 
Neat pictures!
I wonder if you've ever heard of parasitic wasps? They are pretty nifty as long as you're not a caterpillar.
Craig Dobbson
steward

Most of the yelllow jackets here prefer sweet stuff like apple or raspberry over the meat stuff like caterpillars, though as food becomes scarce with cooler weather, they do get more aggressive and begin killing anything they think they can carry away.  I let them pollinate the raspberries and clear the garden of pests, but once they start getting pushy with the dog or kids, I set up the traps and begin reducing the population.  I've got 4 2-liter bottles outside with holes in the sides and beer in the bottom, set up as traps.  Yellow Jacket flies in, hits the wall, drops in the beer and drowns.  Once the trap is full, I feed them to the chickens.

John Weiland
pollinator
Posts: 1872
Location: RRV of da Nort
383
posted 4 years ago
Yellow jackets are pretty voracious meat eaters.  Back in our young days, my wife and I enjoyed more hiking and camping in the wilderness areas of Utah, Idaho, and Oregon.  As part of the true "wilderness experience", we would pack in a bucket of Kentucky Fried Chicken for the first night's meal....(serious!).  After carefully placing the bones on one of the tables near the trail-head, they were swarmed by yellow jackets....and picked clean of their remnants.  I did not realize that the fair chicken was an eater of dead yellow jackets.  Looks like I have the week's experiment lined up!

bob day
pollinator
Posts: 778
Location: Central Virginia USA
74
posted 4 years ago
after being stung pretty good at two different times by two separate nests of ground  yellow jackets I did some research, maybe this is true maybe not, but the research asserted that early in the season they prefer protein for developing embryos, later on they are looking more for calories to sustain them through the winter.

I also sort of discovered that they are actually somewhat docile and only get real aggressive when defending their nest--in the one instance I was weeding plants right at the entrance to their nest before they started stinging me, in the other I had a lawn mower right on top of their nest.  But in both cases I was extremely close for a period of time and had to seriously intrude on their nest before they had enough of me

I also had lots of yellow jackets nesting on my second floor when I put on the new roof,  they had nests in plastic bags and all sorts of unexpected places, and they were so forgiving I actually started to be sympathetic toward them as I was destroying their homes. As I started to figure them out, I would locate where the nest was during the day watching their flying patterns, then early the next morning I could move the nest relatively easily, either picking up the thing they were in and carrying it outside, or using a putty knife to separate the paper comb and the whole nest would fall into a container I had put underneath--often they wouldn't even fly from the comb if it was cool enough, damp, and still a bit dark. Many of them were able to raise their broods in the new locations. relocating the whole nest seemed more effective at moving them than just destroying the nest since they are very dedicated to their brood, and will follow it wherever it goes, even on the ground out in the rain. just destroying the nest usually ends up with wasps that don't know where to go or what to do, continuously returning to where the nest was.

I don't really want them inside next summer, but maybe I'll try and figure out some sort of shelters for them under the eaves just outside. they really make a noticeable difference in the number of other insects around 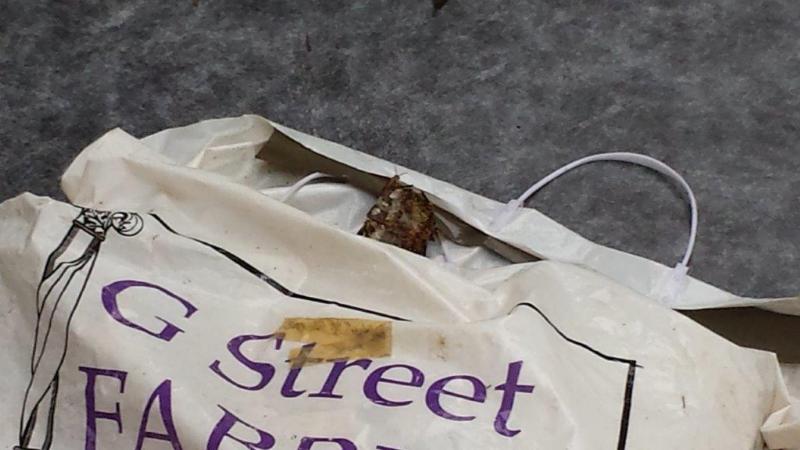