Pontus Duckert
Posts: 9
posted 8 years ago
Hm. I'm borrowing the thread a little. I plan to build a tiny house on wheels and attach it to a yurt. If successful it will be very roomy, mobile and I think the two will complement each other beautifully both practically and esthetically. But, I live in Sweden and we do get very cold winters. I wonder if it's worth it, even with super good insulation, RMH and a skirt? There's a reason why people build deep foundations here...

Anyone have experience or thoughts on the subject? It's a dream I have, and it would be devastating to build it and then realize it's too costly to heat. Any way of roughly calculating something like this?

All the best.
/Pontus
Walter Jeffries
Posts: 1114
Location: Mountains of Vermont, USDA Zone 3
64
posted 8 years ago
You can calculate the cost of heating fairly easily if you know your surface area, insulation values and convection flow (air exchanges). Total up all the geometries of the building's exterior surfaces based on their conductivity (inverse of insulation). This gives you the total conductivity. Then you can calculate the heat loss. Add to that the air exchange heat loss (doors opening, venting) to get the total heat loss. You'll also need to know the indoor goal temperature and outdoor temperature as it is a differential problem. Break that down by month. It is essentially the same problem as refrigeration - look up that for more details on heat load calculations.

Once you know your total rate of heat loss you know how much heat you must add to the building to keep it warm. Coupled with the cost of energy and efficiency of the heater this tells you how much it will cost to heat.

The big problem with your idea is that your building will have a very low thermal mass. That's going to make it very hard to keep heat without heating it continuously.

We have a very small house. We built it before the Tiny House Movement. Rather than being part of a fad it was simply what we could afford to build in time and money before winter set in. We are located in the mountains of northern central Vermont which is very much like the climate of Sweden. USDA Zone 3 on a good year. Our cottage is only 252 sq-ft but over 100,000 lbs of thermal mass within an insulating envelope. This makes it store heat very well and never freeze. Unlike most buildings we have no cellar or deep foundation since we're on rock. Rather we are on a floating pad that is keyed to but insulated from the mountain's ledge. We use about 0.75 cord of maple hardwood per year for heat - no other outside heat source. Given the mass of our cottage I would not want to put it on wheels.

See: http://SugarMtnFarm.com/cottage for photos of our place.

Pontus Duckert
Posts: 9
posted 8 years ago
Fantastic. Thank you. Refrigerators! Yes of course, clever. I will tinker with that.

Yes, that's sadly the nature of a tiny house on wheels most of the time. I think the ones from Tumbleweed weigh around 3 tons, an therefore require a powerful car to tow. That's why I've been considering a light-weight construction, but that of course adds to the problem. To counter it best I can, I plan to have some mass in the form of a RMH in both the house and the yurt (with as little barrel exposed as possible to first and foremost store heat), and in the last mentioned I was pondering having water tanks, not on the RMH (don't want to create steam) but in the room. To save space, maybe they can be placed inside furniture. Like under the sofa, for example. I've got the impression that water stores heat effectively and so far I can't think of any big disadvantages with this idea. I could also add rocks around the RMH. As for applying that in the house, well, that depends on how much it will weigh when it's finished. A more expensive trailer probably maxes out at 3-4 tons so I wouldn't tempt it. In the end I'm limited by how much mass is practically sound to move around. I would like to be able to move everything at once, to minimize expenses. Even though it probably has to be split in two anyway, since the yurt weighs several hundred kilos.

Your cottage is perhaps the best example of storing heat I've ever seen. I've never seen that in such a small building. Absolutely amazing, and very inspiring. I would without a doubt go that way if I owned land. That gives me an idea! I could heat the water that goes in the tanks with solar heaters. They're cheap and easy to build, and also portable. If all should fail, I could always move the thing somewhere warmer. It is after all - at least in theory - mobile. I wasn't planning on taking it around the world though, it's more a quick way to create my own cheap home, which I can move if I have to (when my 6 months without a permit is up).

Thanks again for your input.
paul wheaton
steward

posted 7 years ago
Apparently, this is $487 per month in hong kong 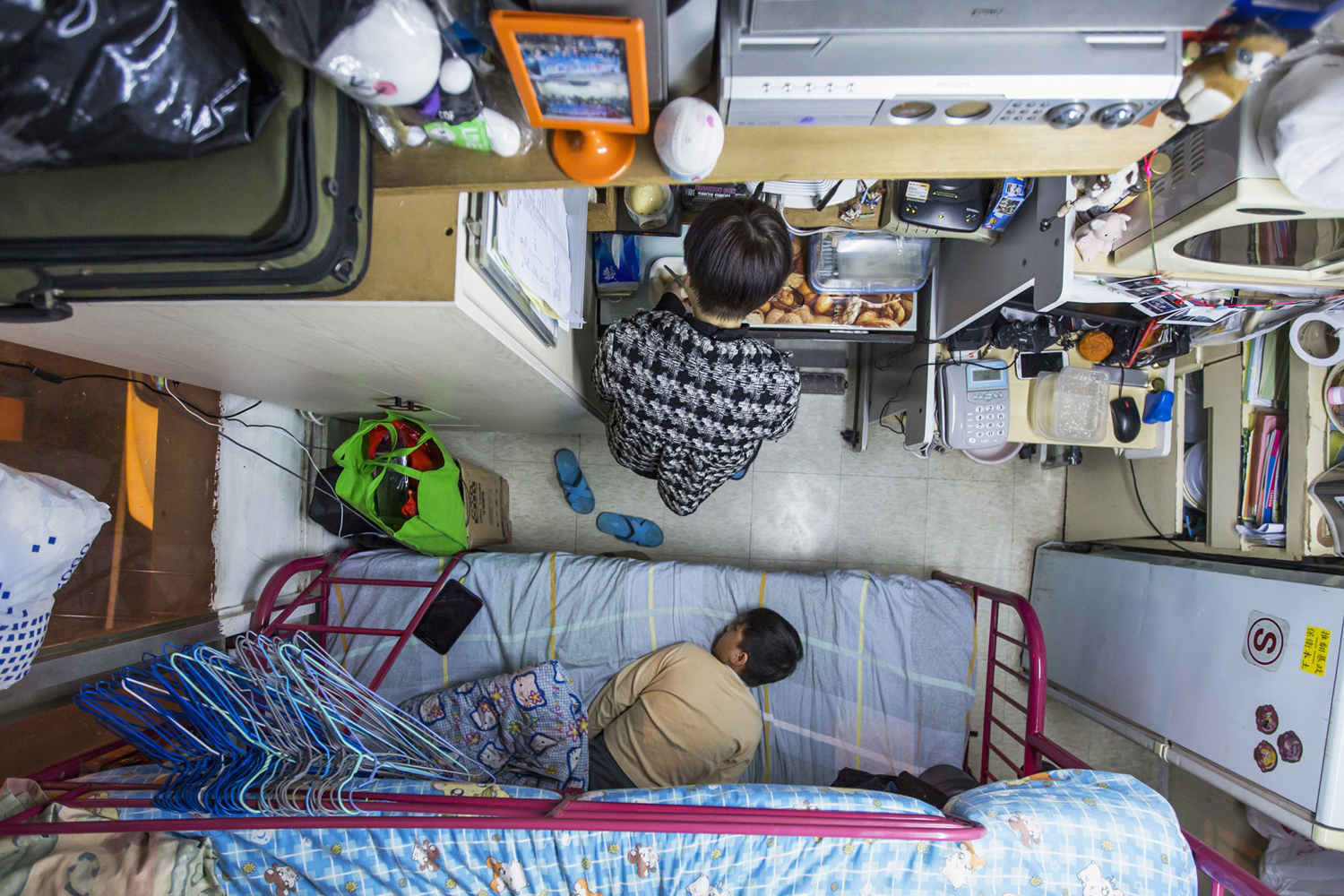 Daniel Morse
Posts: 294
Location: SW Michigan
8
posted 7 years ago
The tiny house movement is the sign of the times, however not new. I live in region of the RV capitol of America. RV's, trailers and modular housing. A lot of very great ways to live out there.

However none are perfect. I wish you well.

We Quit Our Jobs, Built A Tiny House On Wheels And Hit The Road
Shane McClellan
Posts: 7
1
posted 7 years ago
My wife and I live in a tiny house in Northern California. It is amazing to see the popularity grow around these self sustaining and rule bending buildings. So many options when you live life despite all the rules and regulations. It's so heart warming to read this thread, on so many levels.
Cristo Balete
Posts: 922
Location: In the woods, West Coast USA
167
posted 7 years ago
As well organized and creative as tiny houses are, there needs to be a building to house all the tools, leftover materials, and supplies for repair and maintenance, possibly even a tankhouse or pumphouse in a rural location. A garage is important if you want your car to last. That's the part that doesn't get talked about, And if there isn't enough storage for foodstuffs, how green is it to have to drive somewhere every few days for food? There needs to be a place to put muddy boots and shoes, wet raincoats, and clothes that get soaked when working outside when you have no choice, and then a place to store all of that.

Downsizing is great. I don't think we find satisfaction from getting more stuff, but if we're going to own a tiny house, it's still stuff that needs to be taken care of.