Are grubs ever good?

posted 1 year ago
We have a lot of trees in pots close to our house until we build a deer fence. The weeds in the cherry tree's pot were too easy to pull, sure enough the pot was full of grubs! I picked them all out.

When I find them in the ground, I generally toss them toward the wilder part of the garden. I used to have a dog that loved to eat them.

I know that many species look similar. When I lived in the US, we assumed they were Japanese beetle larva and threw them to the dog. Living in Japan now, I guess they are just beetle larva. They are called  マメコガネ, Mamekogane-mushi， 豆黄金 golden beany bug. I have noticed a few here and there, but there aren't the problem they are in Vermont...

Do grubs turn into anything beneficial?

posted 1 year ago
We have giant grubs who turn into Ox Beetles.

When I accidentally dig them up I put them aside under plants or leaves.

posted 1 year ago
We get a lot of fat grubs in manure or garden soil here in the Indian Himalayas, so I did a bit of googling around to figure out what they were. These ones don't seem to eat roots or harm plants; they seem to be only eating organic matter, and leaving little castings that look just like mouse droppings. I think their adults are big bumbling egg-shaped blackish beetles that bump into walls at night in summer. I think they are a type of chafer beetle, but there are many species of chafer beetle, so that doesn't say much. Googling "chafer beetle" and "chafer beetle grub" might give you some leads on further information.

If your weeds were coming out too easily because the grubs were eating the roots, then yeah, you might want to reduce those. Even though these grubs here don't seem to harm plants, I find them yucky as grubs and annoying as adults, so when I find them in the soil I throw them out on the empty desert, and usually a magpie will come and snap them all up.

posted 1 year ago
I think it depends on where you are which grubs (larvae) you have. In the US most of the ones I find in my gardens are not "ok" to find, those all get tossed to the chickens.
We do have some good guys (Cicadas) but they are easy to tell what they are when you find them in the larval stage, those guys get left alone or replaced in a better spot for their development.

Joy Oasis
pollinator
Posts: 374
70
posted 1 year ago
And I wonder, if all grubs in the soil are edible...

posted 1 year ago
When I lived in Tucson there were two types of grubs that I commonly found. One was the larva of the June beetle, which I called the flying peanut. Brown, shiny, clumsy, about the size of a small roasted peanut, and common around lights in the summertime. The other was the juvenile May beetle, commonly called fig beetles or "June bugs," that are iridescent bright green and about as big as a quarter.

The habitat that each preferred, and the size and shape of the mouthparts, became an obvious clue to what they ate. The peanut grubs were common in veggie beds, and they had big pincers for gnawing roots (they could also clamp down on a fingertip and cause pain), while the much larger May beetle grubs were almost always in the compost heap or under fruit trees and had tiny little mouths. So I fed the peanut grubs to the chickens with prejudice but always tried to create a little sanctuary for the big guys since they were fun to watch and I guessed that they weren't doing any harm to what I was growing.

If you went into the desert and dug under palo verde trees, you could find freaky huge grubs with massive jaws. We didn't get them in the garden but the adults flew around on summer evenings and provided tons of amusement for our daughter when she was little.

posted 1 year ago
"豆黄金" you forgot to type mushi 虫. or since you have a bunch of them... 蟲 （works like 木 and 森）

Ryan Hobbs wrote:"豆黄金" you forgot to type mushi 虫. or since you have a bunch of them... 蟲 （works like 木 and 森）

Thanks Ryan! I'm not seeing an edit button to fix it, but will keep trying...

A figure from the linked page: 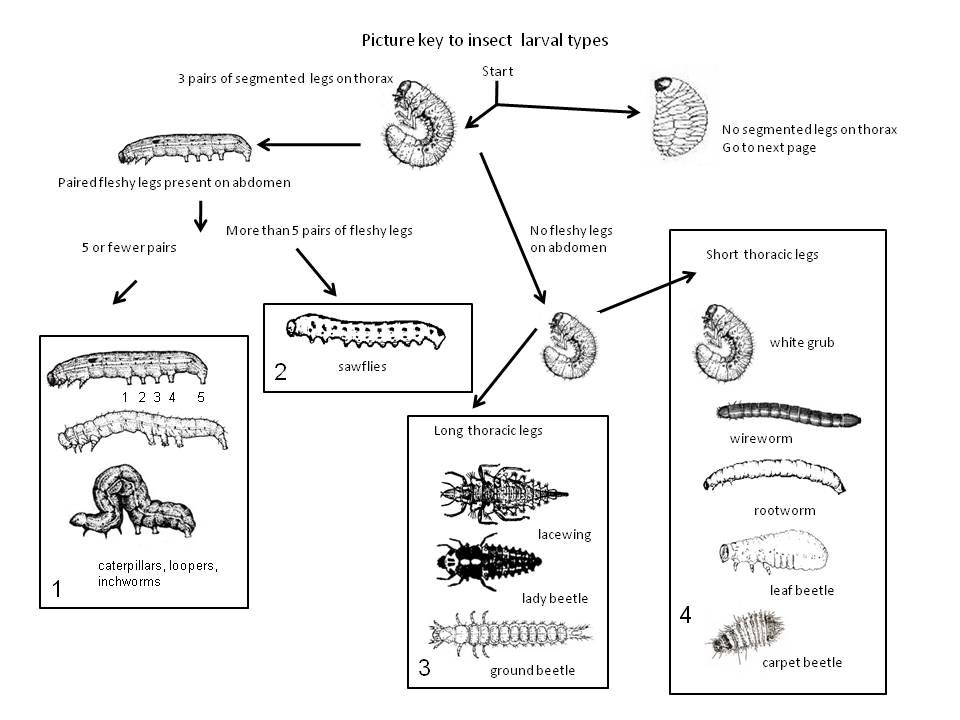 So the grubs I found were "white grubs".

Searching further on how to identify white grubs, I found a short dichotomous key.

To id a white grub further, you look at its butt. 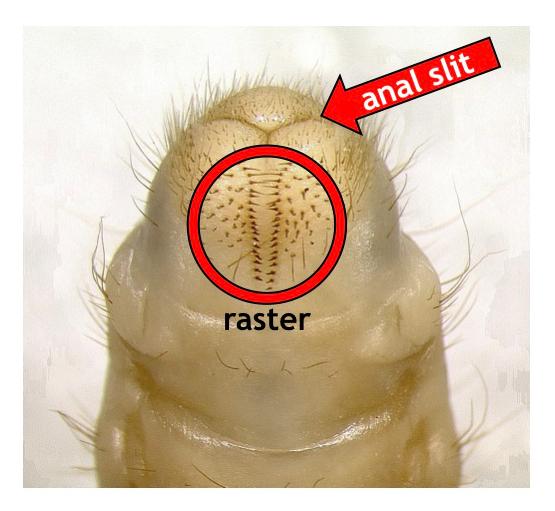 This is how a Japanese beetle would look: 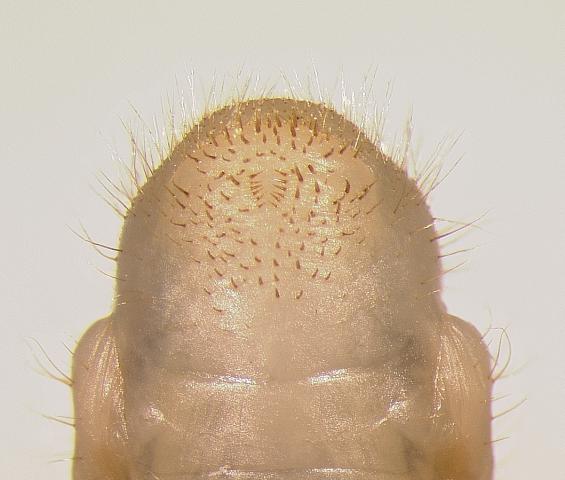 posted 1 year ago
Almost looks like the back of someone's head...

posted 1 year ago
The "good" that they do, from my perspective, would be three-fold.  First, grubs are great decomposers.  I find them down in the soil munching away on organic matter, and all that biomass is passing through their digestive system.  That's a win for soil health.

Second, the chickens absolutely love them.  They gobble them up.  The general rule for grubs and larva is that they are 30% fat and 30% protein.  That's great chicken food.

Third, the chickens lightly till the mulch in search of the grubs.  So in non-planted areas, I like that degree of soil disturbance.  Throughout my orchard, the birds scratch at the wood chips and turn that soil for me.

Ryan Hobbs wrote:"豆黄金" you forgot to type mushi 虫. or since you have a bunch of them... 蟲 （works like 木 and 森）

Thanks Ryan! I'm not seeing an edit button to fix it, but will keep trying...

Figured out why no edit button. I hadn't tried to edit any older posts yet...

From How to make your own thread


If you realize after you've posted that it didn't turn out quite right, you might be able to edit it. But, on permies, the edit button disappears after a set amount of hours/days (for a new poster, it's a few hours, for a veteran poster, it's after a few days, etc). This is to prevent people from going back and deleting their post after other's have replied (you'd be amazed at how often this occurs!). You might also have your edits subject to a moderators approval, even if the edit button is still available. If it's not available, and there's a really important reason to edit it, you can click "report," and we might be able to help.

I don't think it's worth bothering the mods. Google still returns the beetle even without the 虫 added, but thanks again, Ryan!