My turn to ask for some plant ID help

posted 2 months ago
I planted pink-eyed purple hull peas and sunflowers over the area my septic drain field went since the soil was bare.  Earlier I'd scattered the last of some cover crop mix over part of that area too.  I got pretty good results with the peas, less so with the sunflowers which are short though some are flowering, but also had a few other things catch my eye that I am scratching my head over.

Here's a general view of the plot:

The mystery stuff below is way in the back left of that picture. I scattered the cover crop mix back there before the septic field was dug.  Not much of the cover crop germinated except in that area where the soil was churned up a bit.

This is the first: 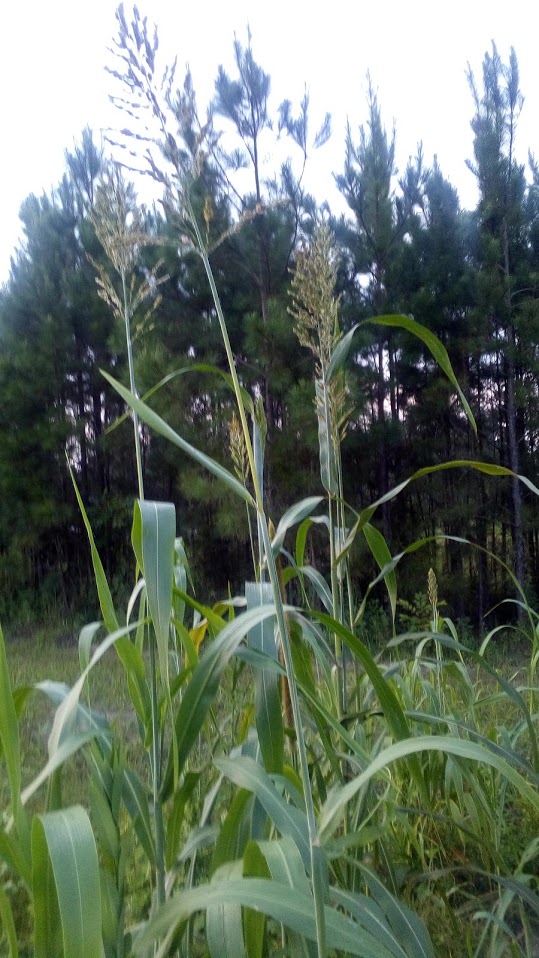 Is that sorghum?  Sorghum-sudangrass?  At first I though it was some corn planted by crows or something, but as it grew I realized it was not corn. Another thought is millet of some sort.

Then there are a scattering of these: 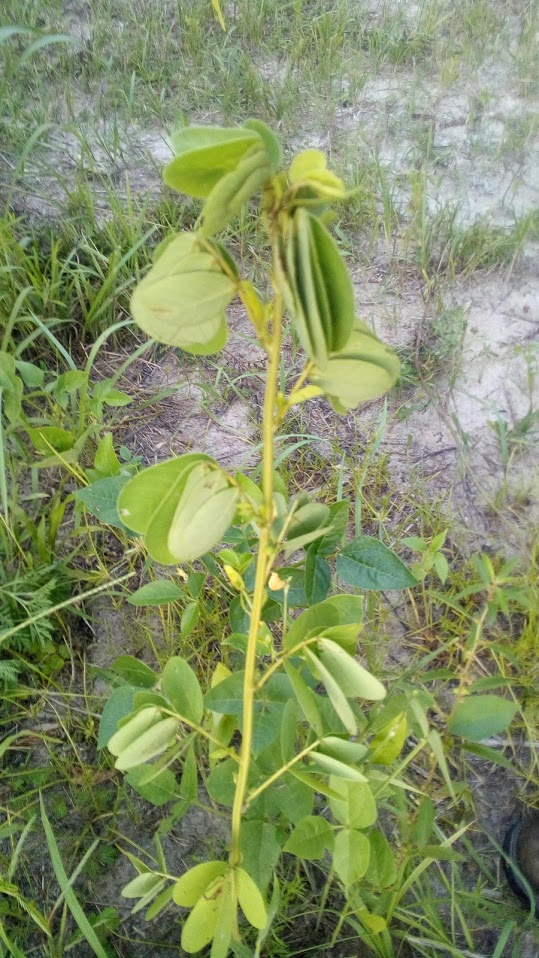 Appears to be a legume, but I don't know it.  Maybe pigeon pea? They aren't very tall, yet, but seems to be aiming up well.  A few are 18" or so and starting to appear over the peph peas, some of which are also that tall but tending to sprawl at that height.  You can barely see pale yellow flowers in the center of the picture that look like pea flowers, though these are small compared to the peph peas around them.  They don't look like the cowpea family. You can see a small peph pea peeking from behind that foreground mystery.
Jan White
pollinator
Posts: 539
Location: BC Interior, Zone 6-7
120
I like...

posted 2 months ago
Pretty sure your legume is a fava.
Dan Scheltema
Posts: 93
Location: Chipley, FL
21
I like...

Jan White wrote:Pretty sure your legume is a fava.

Oh, that one didn't occur to me.  Never planted those either (unless they were in that cover crop mix.)

posted 2 months ago
The other one might be barnyard millet.
Phil Stevens
pollinator
Posts: 745
Location: Ashhurst New Zealand
198
I like...

posted 2 months ago
Never seen a fava quite like that, but it could be a variety I'm not familiar with. What do tic beans look like?
Mk Neal
pollinator
Posts: 280
Location: Chicago
70
I like...

Jan White wrote:The other one might be barnyard millet.

I was going to say "barnyard grass," I think it might be the same thing? Common in disturbed areas.

greg mosser
pollinator
Posts: 292
Location: the mountains of western nc
75
I like...

posted 2 months ago
first one could be sorghum - can you get a pic of the seed heads?

the second doesn't say fava to me, but i don't recognise it.
Janet Reed
Posts: 112
Location: Dry mountains Eastern WA
22
posted 2 months ago
Broom corn on the first one?
Dan Scheltema
Posts: 93
Location: Chipley, FL
21
I like...

greg mosser wrote:first one could be sorghum - can you get a pic of the seed heads?

the second doesn't say fava to me, but i don't recognise it.

I'll see if the rain stops and I can get a better shot of the seed heads on that grass thing.

I did look up favas and that legumelike thing doesn't much look like fava... or pigeon pea for that matter.

So still scratching my head!   I may drag them in to my local ag extension office (assuming people are actually back at work there) and see if they can tell me.
Anne Miller
master steward

Jan White wrote:The other one might be barnyard millet.

I agree the first picture looks like Barnyard Millet, see the one on the bottom left? 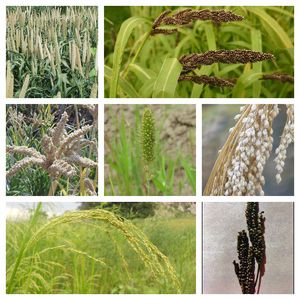 Does it have small seeds: 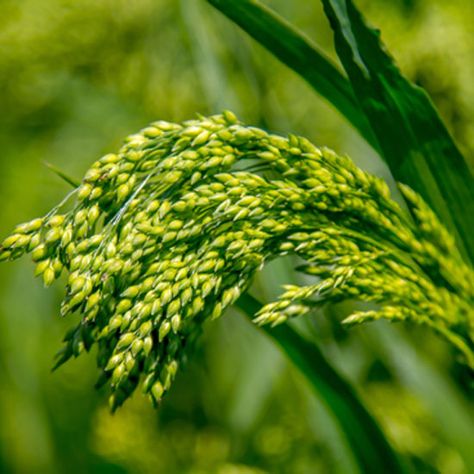 If not Barnyard Millet, some other millet with smaller seeds.

For the second picture, my first guess was alfalfa. 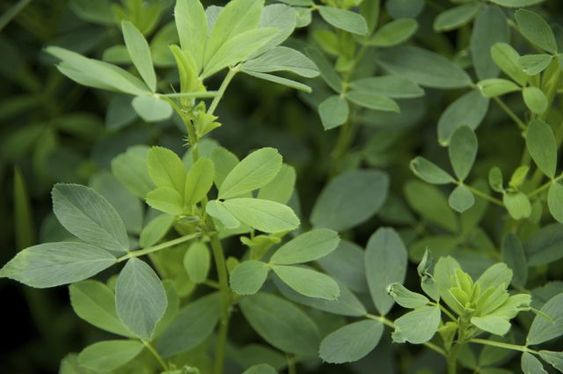 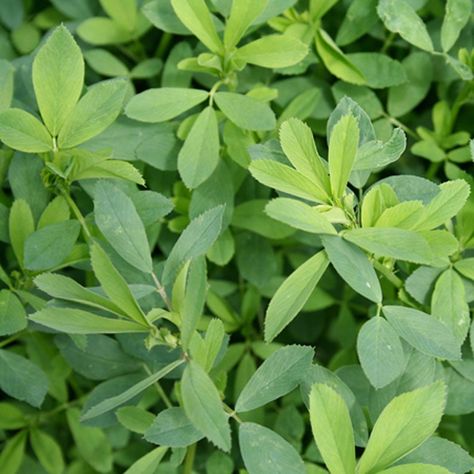 posted 2 months ago
The strange legume is sicklepod, a toxic legume considered a noxious weed by cattle and hog farmers. I think arsenic is the toxin.
Dan Scheltema
Posts: 93
Location: Chipley, FL
21
I like...

Huxley Harter wrote:The strange legume is sicklepod, a toxic legume considered a noxious weed by cattle and hog farmers. I think arsenic is the toxin.

Yeah, it does look like Senna obtusifolia.  Seems to have medicinal uses. and be the basis of a meat substitute in Sudan.  Must not have high concentrations of arsenic.

I probably don't want it to go to seed.  Other legumes preferable.

posted 2 months ago
was a dupe somehow

posted 2 months ago
Finally caught a window in the drizzle and got a couple better pics of the seed heads. A contractor who grew up in milo country in Missouri said it sure looked like milo, but that was from a distance. 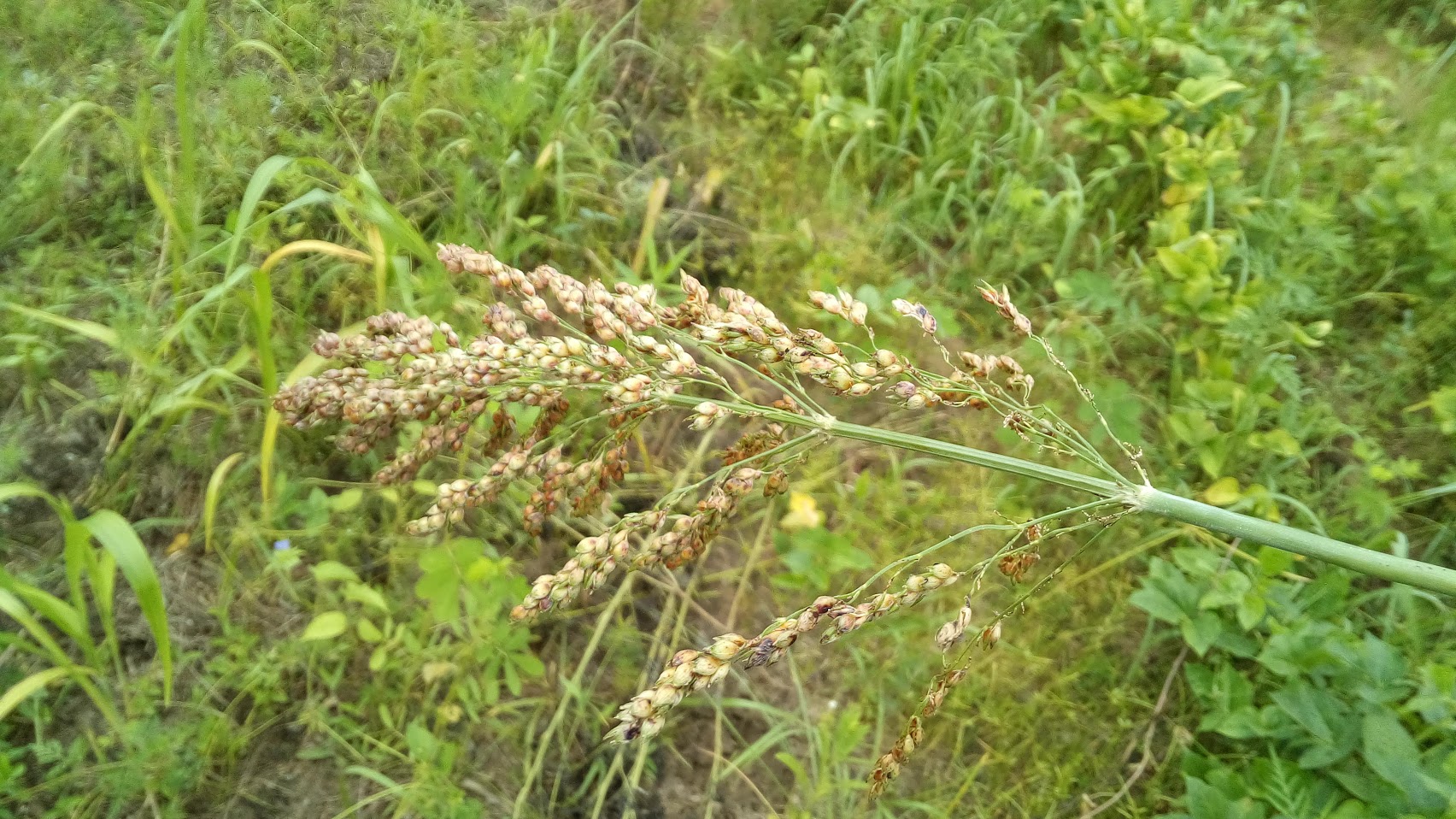 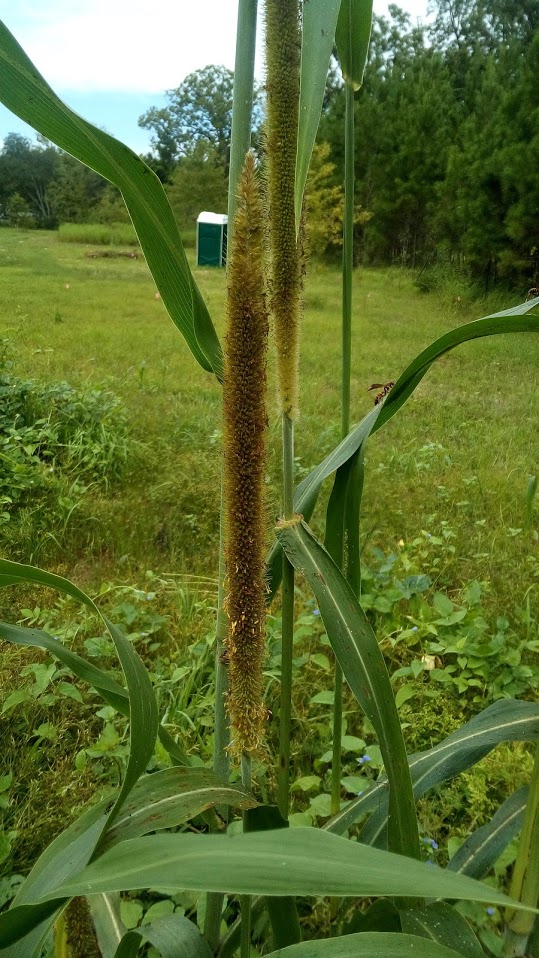 The pollinators were swarming, wasps of all sizes mostly.