posted 2 weeks ago
What a rush! I had a big tree that was infected with a pine borer and was dying. It had about a 36" diameter at the base. It had a split trunk and was misshapen. I was planning on putting my chicken run near that tree so it had to come down.
My BIL and I watched some YouTube to get an idea on how to do it safely. So, we come across the bottle jack method and decide that's the way to go, but first we needed to drop one of the trunks at about 15' off the ground.
Plan A is to get in the bucket of a front end loader tractor to get as high as it could and push up to the tree to stabilize footing.
Our young cutter got in the bucket and was raised to the split trunk and started to cut but quickly decided that was not a good plan.
Plan B is we cut down the whole bloody thing with the bottle jack method.
After carefully sighting and aiming, the cutter, who hadn't seen the video, finally got what we were saying. He cut the jack opening too tall and he didn't cut into the tree deep enough because the saw goes in first, then you set up the bottle jack. The cutter just kept wanting to do something different from what he was being told. He FINALLY pulled his head from that stinky, dark place.
When we got our ducks in a row, we jacked and wedged and cut until that bad boy was on the ground.
This was the big one. I have several more to pull down but this one threatened my electricity and a garden.
20210406_144553.jpg 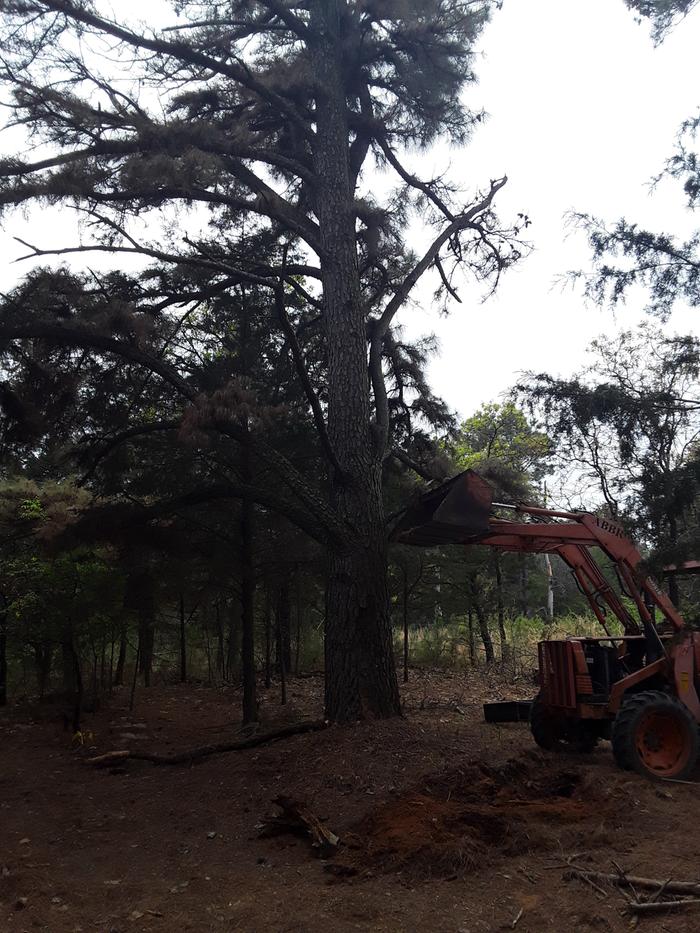 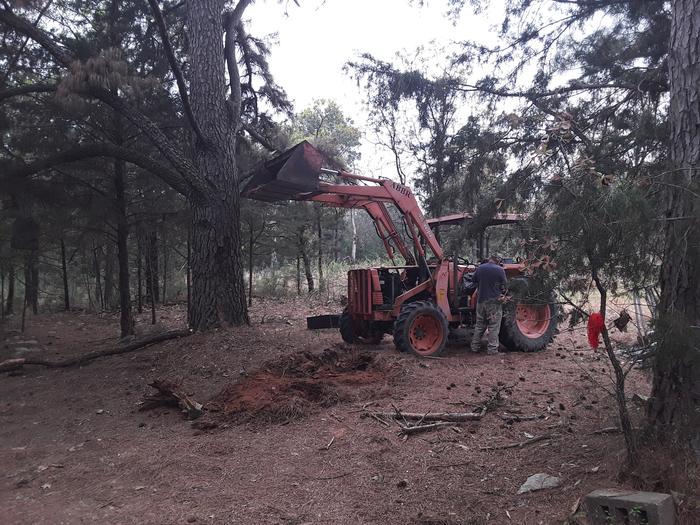 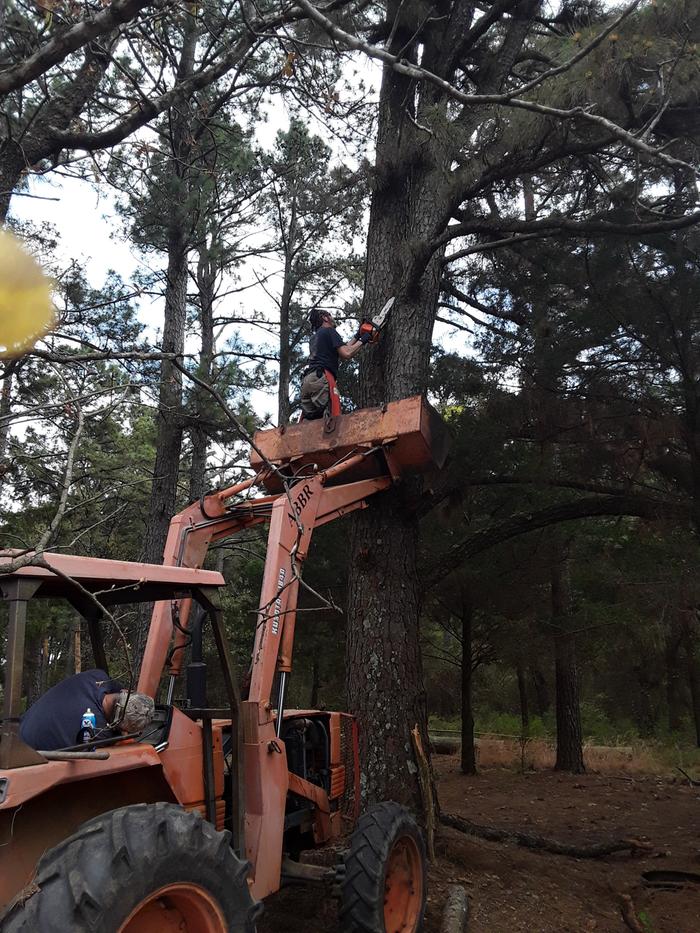 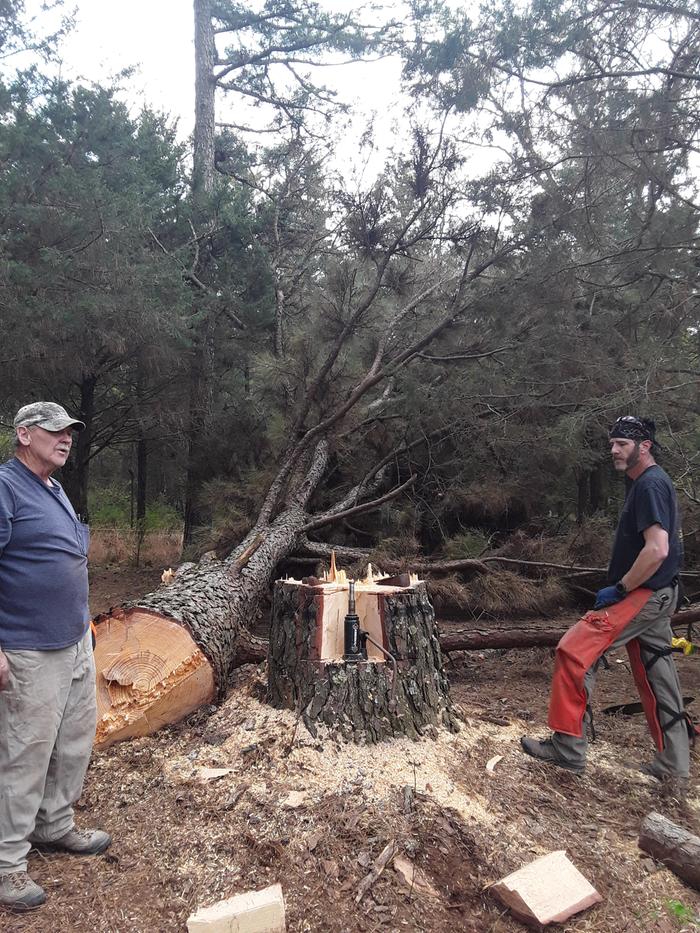 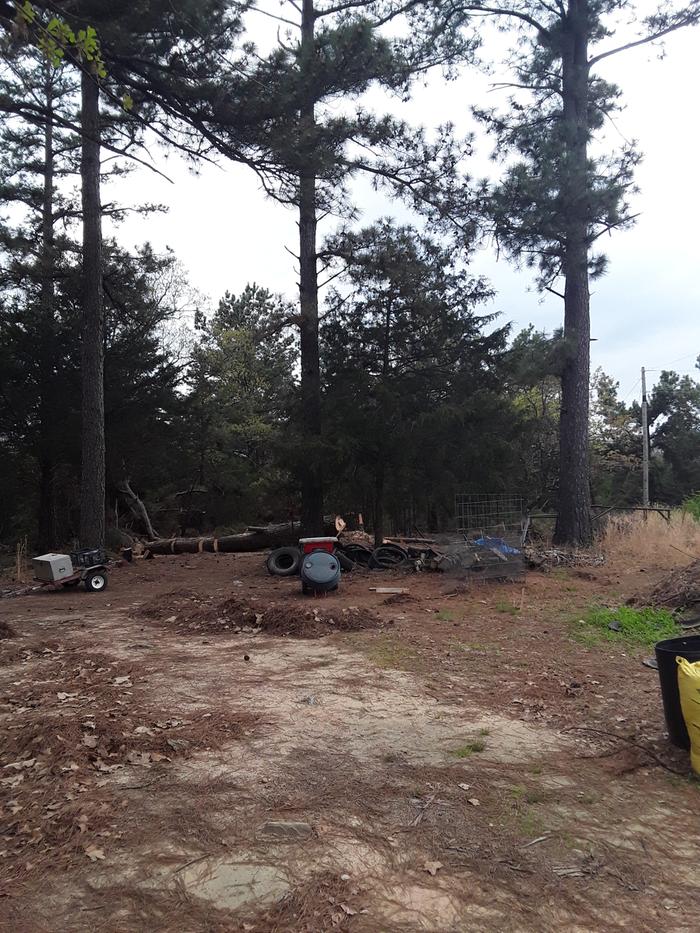 Michael
ETC(SW) US Navy, retired
Today is going to be a great day and that's an order!

greg mosser
pollinator
Posts: 529
Location: the mountains of western nc
129
I like...

posted 2 weeks ago
i had the pleasure of watching some folks use the bottle jack method to bring down a really big red oak that was leaning over their house a couple of years ago. crazy. but pretty cool.
Leigh Tate
author & gardener

posted 2 weeks ago
Well done! Do you have a sawmill? Lots of potential lumber there!

posted 2 weeks ago
Yes I have a sawmill, but this tree is destined to be burned. It was misshapen. There are many pines out here that are straight and tall. Too many to mess with this one.
We have most of it cut up firewood length for the family campsite. The big pieces we cut extra short so the women can handle them easier and they split better. My wife's family is known for building huge bon fires in the woods. They don't dance around them nekkid anymore. Gravity and twinkies made them modest.

Michael
ETC(SW) US Navy, retired
Today is going to be a great day and that's an order!

posted 2 weeks ago
Many of the "chainsaw fail" videos I see involve cutting from a ladder or up high.  I'm glad you didn't go with the tractor approach.