posted 1 year ago
I found this highly entertaining, she's so earnest about it all!
I have been trying to explain this to people for years, she does MUCH better than me! For one thing, she mostly kept a straight face, I couldn't have done that!

So, for your amusement and knowledge expansion...
The ◦*˚Ultimate Super Rad Glam Makeup Tutorial!˚*◦

posted 1 year ago
To me the most toxic part of makeup is the social pressure that women experience to use it, with the undercurrent of "you are not socially acceptable or pretty without it."

After I had moved out of my parents home, one of my sisters had a friend who I was introduced to as "Trash" I later learned her real name was Trish, but few called her that, I did when I learned it. She wore makeup that she had to have put on with a trowel, it was amazing how much she used.

I saw her at my parents house one day, she had just gotten out of the shower. I looked at her and said "I have never seen you without makeup, you are very pretty! I have never thought of you as pretty, but you are!" She looked surprised, then said "I have forgotten what I look like under it all."  "Maybe if you start lightening it, at some point you'll feel like you even without it." When I walked away she was staring at herself in the mirror. I doubt anyone had ever told her she was pretty. She really was. It was sad.

We need to support females who need to have the confidence that they are pretty when they are themselves, because it's VERY hard to fight against the social pressure, I know it, being a "not lovely" lady who heard more CRAP when I was young like "maybe if you just did something to your face..."

Tell a girl who needs it that she is pretty, don't be surprised if she breaks down and cries, I know I would have if anyone had ever told me that.

posted 1 year ago
The social pressure is huge and in many work situations, it's so expected that it's very hard to buck the trend.

In retrospect, I think many women use it as a mask to hide behind and as armor to protect themselves, and they actually felt threatened when I was perfectly happy to go without.  I also recognized that many people's "home attempts" didn't actually make them look better because most just copied what magazines told them to do, but one's own face shape and colouring have to be taken into consideration. I think that's what suggested to me that it was a mask to hide who they really were.

So yes, I think lack of self-confidence and the ability to laugh in the face of sexualized expectations is a skill we need to cultivate. How many men do you know who are wearing make-up? That said, the pressure on males has gone up significantly in the last decade - follow the money! Make-up and the rest of the beauty products prey on the insecurities of people for the enrichment of companies.

posted 1 year ago
as someone who has dressed up in dresses and sexy clothing for a Tsk tsk revue show( a type of burlesque show with gags and drag etc). Some of it was even made from recycled trash from the beach clean up on the island. I even wore high heals. My hair has been done several different ways. I even wanted my hair to look like Captain janeway from Star trek: voyager. We have watched most of rupauls drag race. Where they really put makeup on.

Anyways the point i am trying to make is... where i drew the line was having to put makeup on. No way would i want to do that. Nor have it done to me. I cannot imagine people feeling pressured to put it on just to feel pretty. Makes me sad

Here i am in the middle. 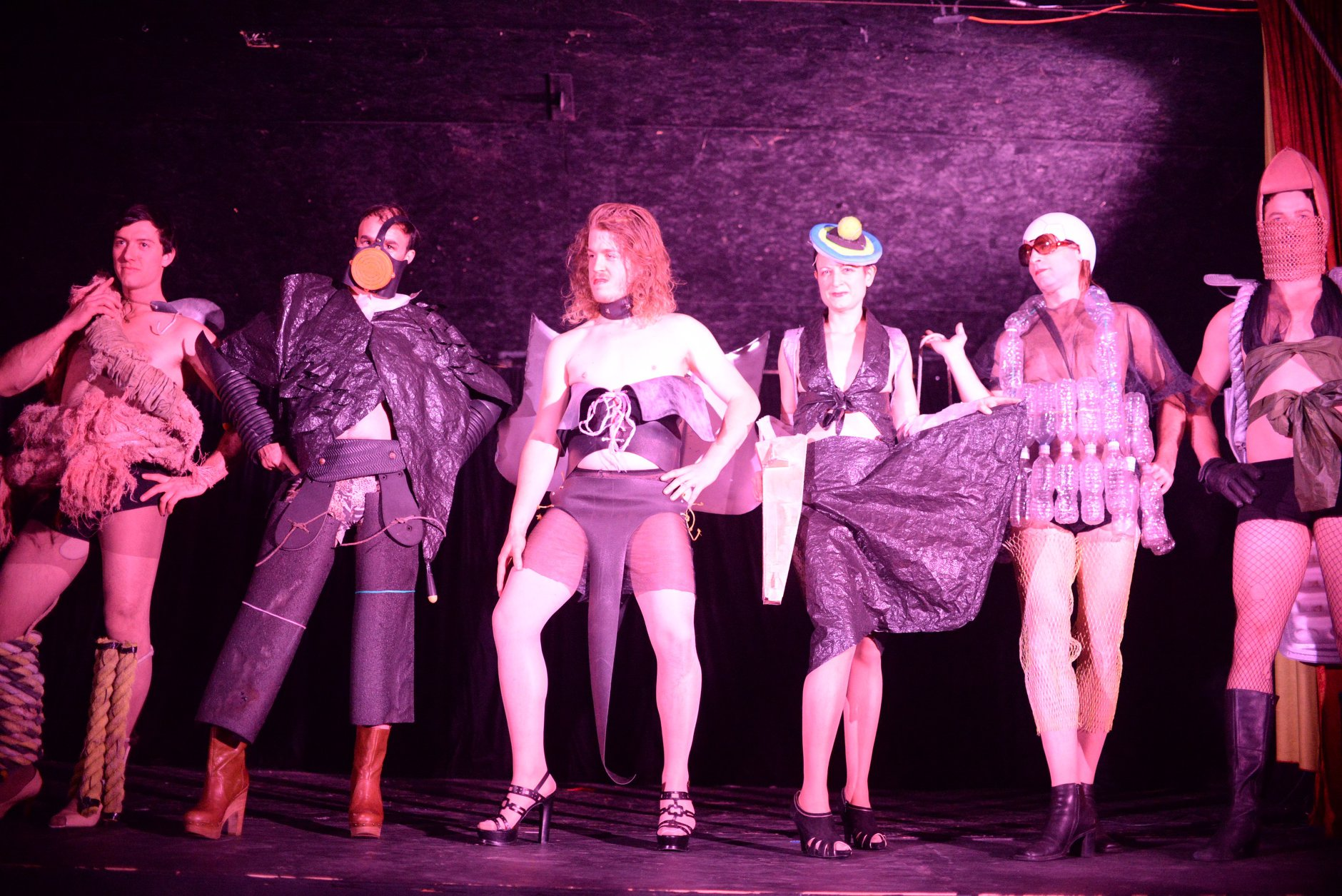 It is a privilege to live, work and play in the traditional territory of the Salish People.
Better wood heat! -- 177 Hours of PDC and ATC! -- Free Heat Movie! Share the Movie
All about Permies, including Tutorials -- Raven Trust

Pearl Sutton wrote:I found this highly entertaining, she's so earnest about it all!

Thanks for sharing Pearl, this was excellent! I’m going to save the link to share with my few makeup loving friends.