posted 5 months ago
Approved BB submission
Last spring, I made a beautiful meal out of foraged blackberries and wild sorrel. I am officially submitting my wild sorrel salad for this BB, but I thought that y'all would also like a link and pics for the Blackberry Balsamic Glazed Chicken that I served along sided it. The salad was a simple mix of lettuce and sorrel. I used the blackberry glaze over the salad as well as the chicken. Here is a link for that https://thefoodcharlatan.com/blackberry-balsamic-glazed-chicken-recipe/ 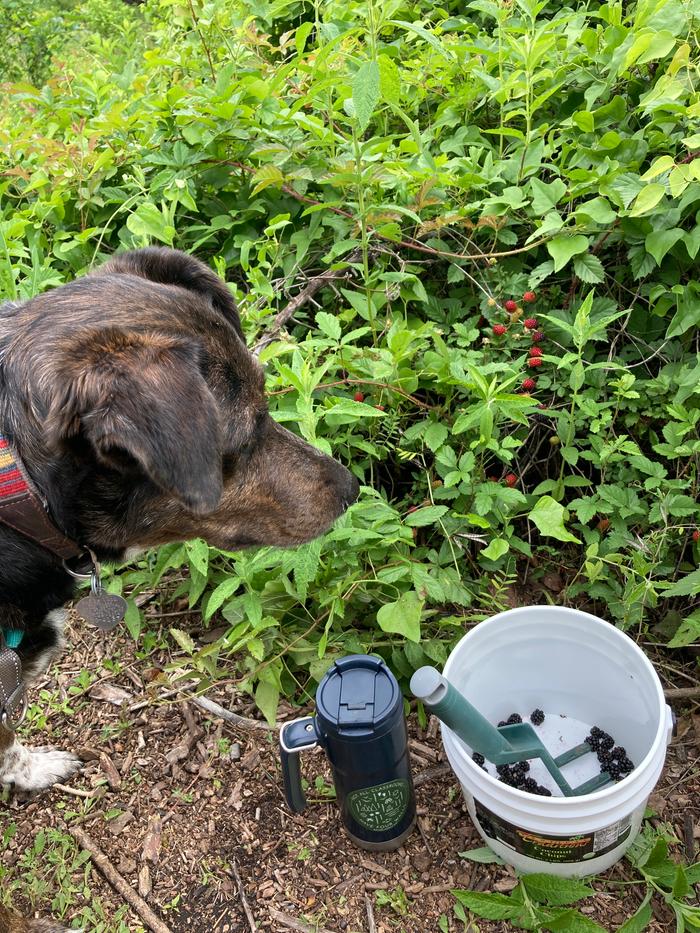 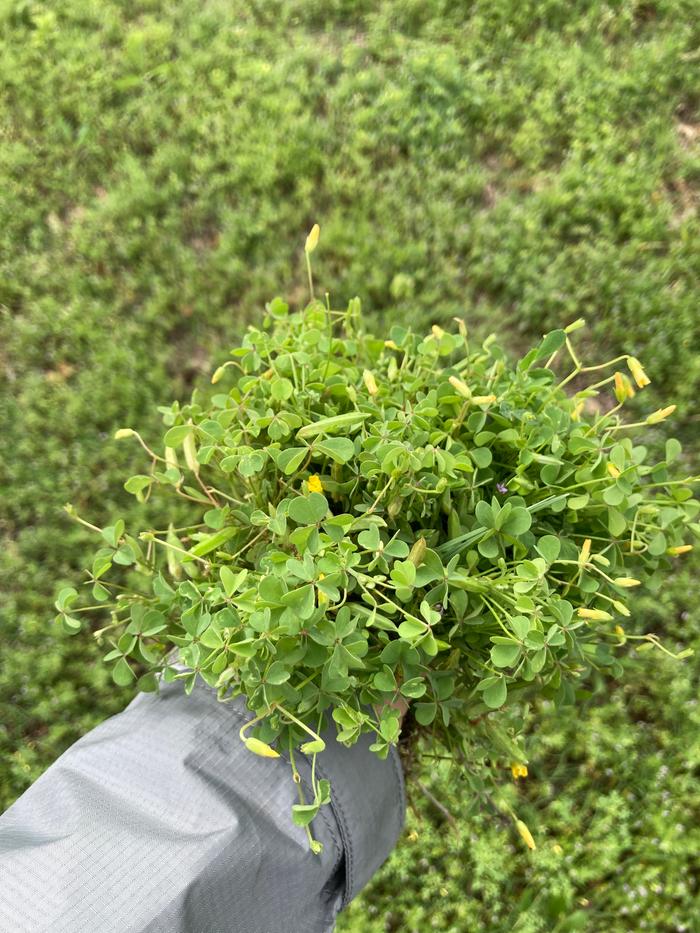 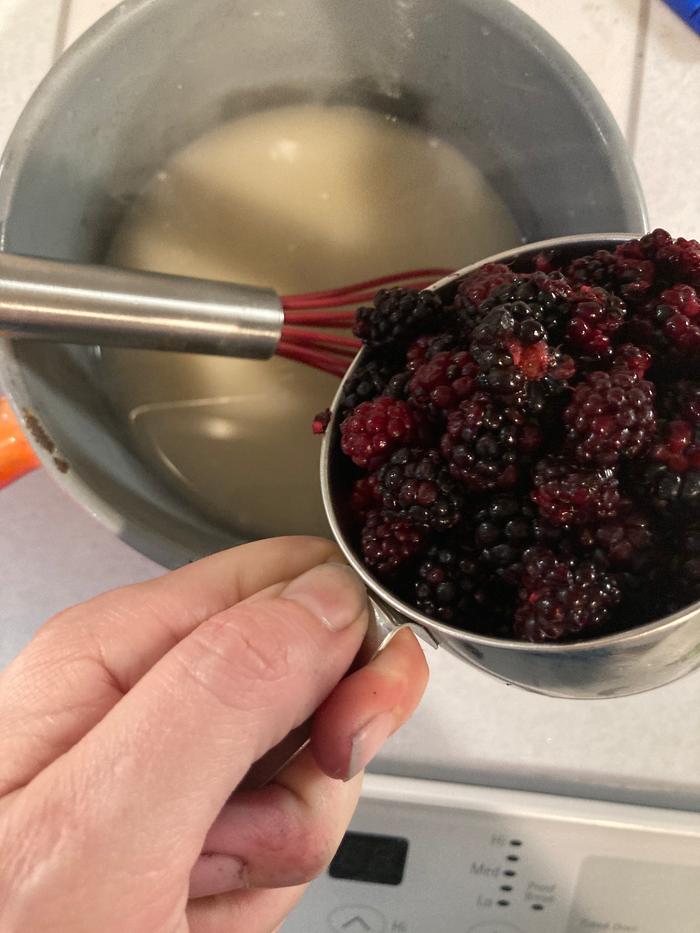 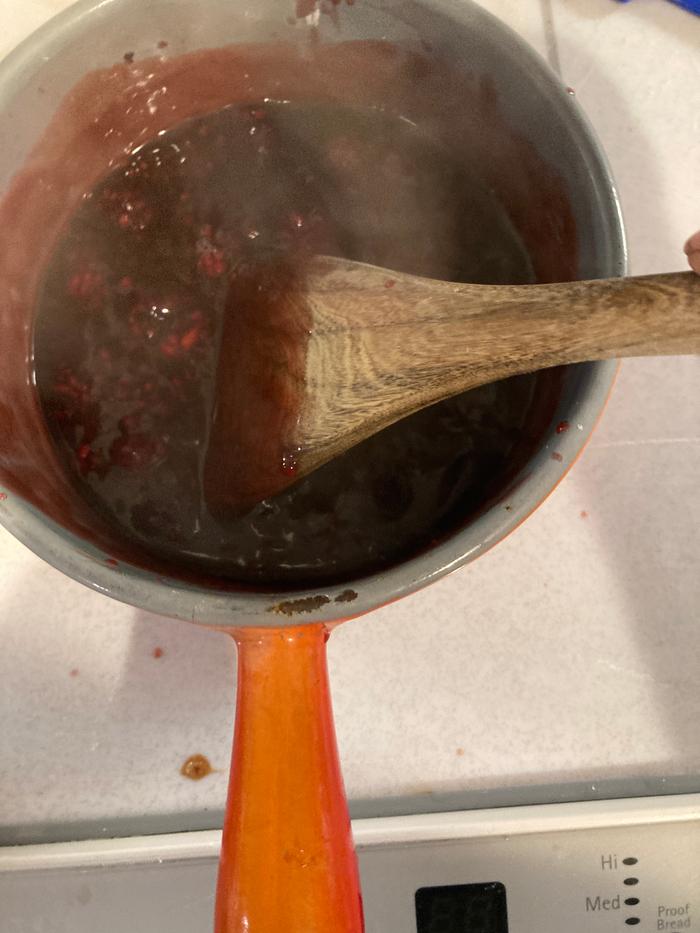 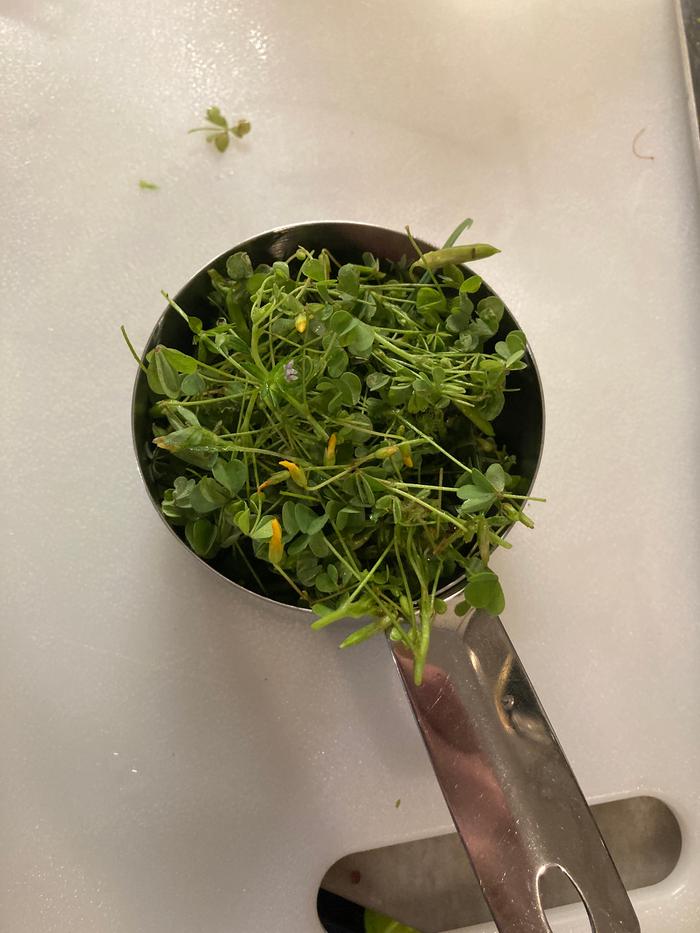 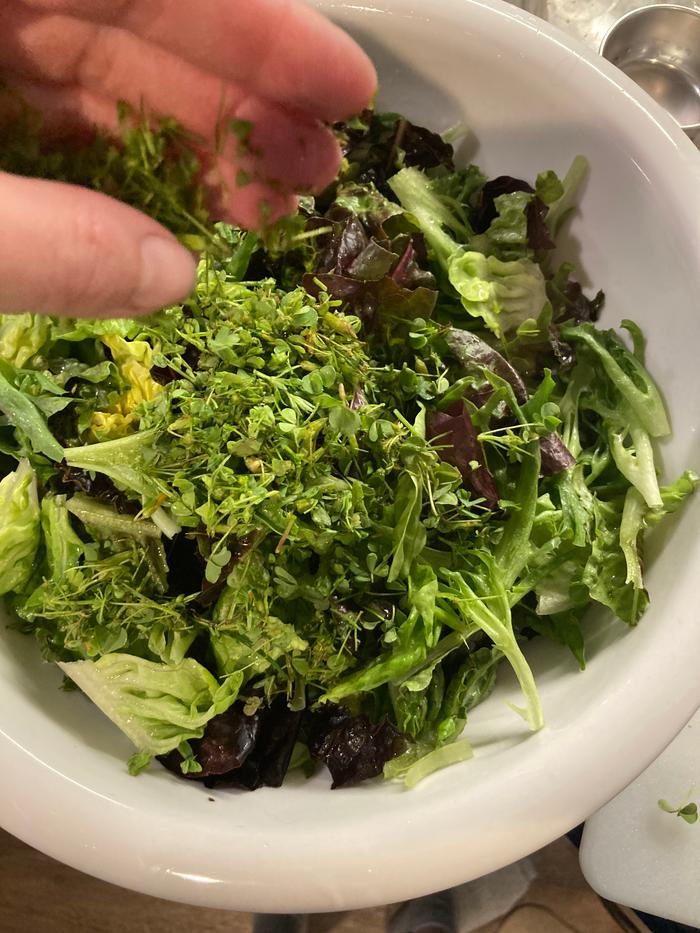 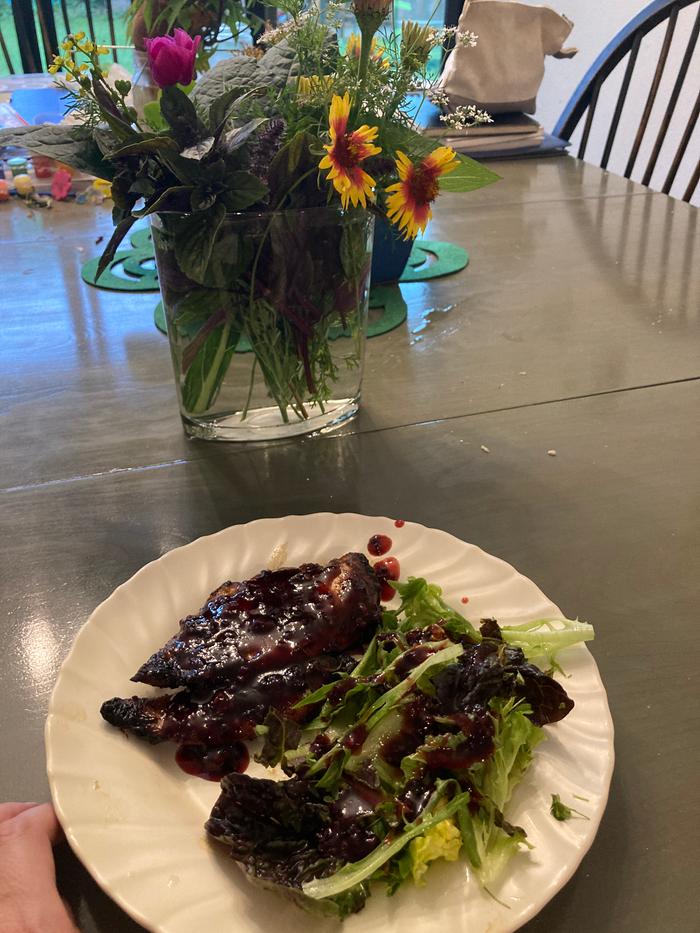 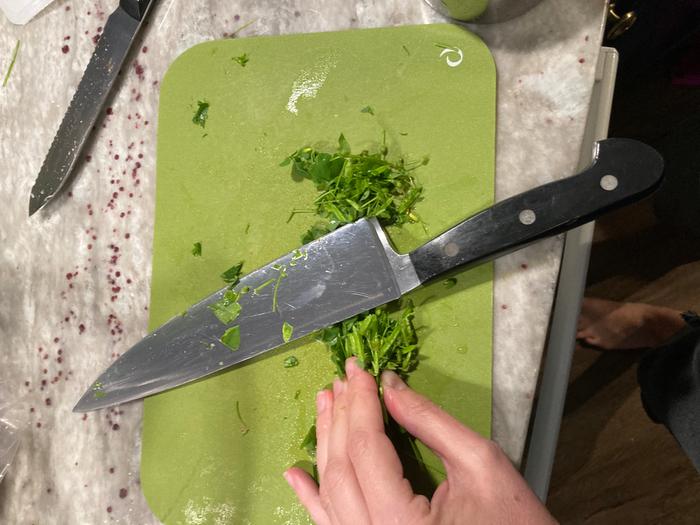 Someone approved this submission.
Note: I certify this BB complete!

posted 2 months ago
Approved BB submission
picked some stinging nettles. I am sure you can see it is over 1 cup!

I made a soup. We had some left over cooked barley from lasts nights stirfry.
I sauteed some onions/carrots, than added goat's head stock. Once it was all cooked i added the nettles and simmered for about 7 minutes. than put the blender in. Than i returned it to the stove and put the barley in to warm up. I also added some garlic.

Someone approved this submission.
Note: I certify this BB complete!

Little house with a big garden in the city!
"It is no measure of health to be well adjusted to a profoundly sick society." ~ J. Krishnamurti

posted 1 month ago
Approved BB submission
I found a ton of Dryad's saddle yesterday, but in my joy I didn't realize they were a tad too tough for frying.

So I made some mushroom stock, and then used it for mushroom potato soup!

First, I followed this recipe for a basic dryad's saddle broth. I didn't have celery or ginger, so I made do with some celery seed and ginger spice. I also didn't have the same amount of dryad's saddle(only a bit more than 1lb)

After I let it simmer for about an hour, I started following the potato soup recipe. This recipe is my personal modified version of this recipe: Chunky Potato Soup.

I made some concessions for the mushrooms though(basically I excluded the milk, water and chicken stock).

First, I boiled the potatoes in the stock instead of in water. Instead of draining them out, I left them to simmer while working on steps 4 and 5. Then for step 6, I added the contents of the saucepan to the big pot of potatoes and stock. I also added sugar, but I did not add milk. Then, I did step 7 as written(minus ham), and because I felt like it, I used an immersion blender about 15 minutes in.

"We are not destructive by nature but by habit" - Neal Spackman
I keep some of my personal and community projects here if you're interested: My Blog & My Instagram

James Rhodes
Posts: 89
49
posted 1 month ago
Approved BB submission
For this BB, I used wild dandelion to make a dandelion omelet. For this recipe, I used 4 eggs, 1 1/2 cup of blossoms and greens from the dandelions (I had to use multiple dandelions because they were not super big, and I didn't want to over harvest them). It is a very simple recipe and I really enjoy it!
IMG_3888.jpg
IMG_3889.jpg
IMG_3890.jpg
IMG_3891.jpg
IMG_3892.jpg

Someone approved this submission.
Note: I certify this badge bit complete.