Dale Hodgins
Posts: 9002
Location: Victoria British Columbia-Canada
671
posted 6 years ago
I used to cut my own hair, but never made a perfect job of it. For several years, I have gone to Jimmy's barber shop. It costs $15. I sometimes go for 6 months between shearings.

Enter the Comb Cutter. This comb contains 2 razor blades. It is simple to use. The aggressiveness of bite is determined by the angle it is held at. It works best on wet hair. I have received several compliments on my new look. Rather than going from shaggy to shorn, I now do a light trim occasionally. It's possible to go very light and just trim the split ends. 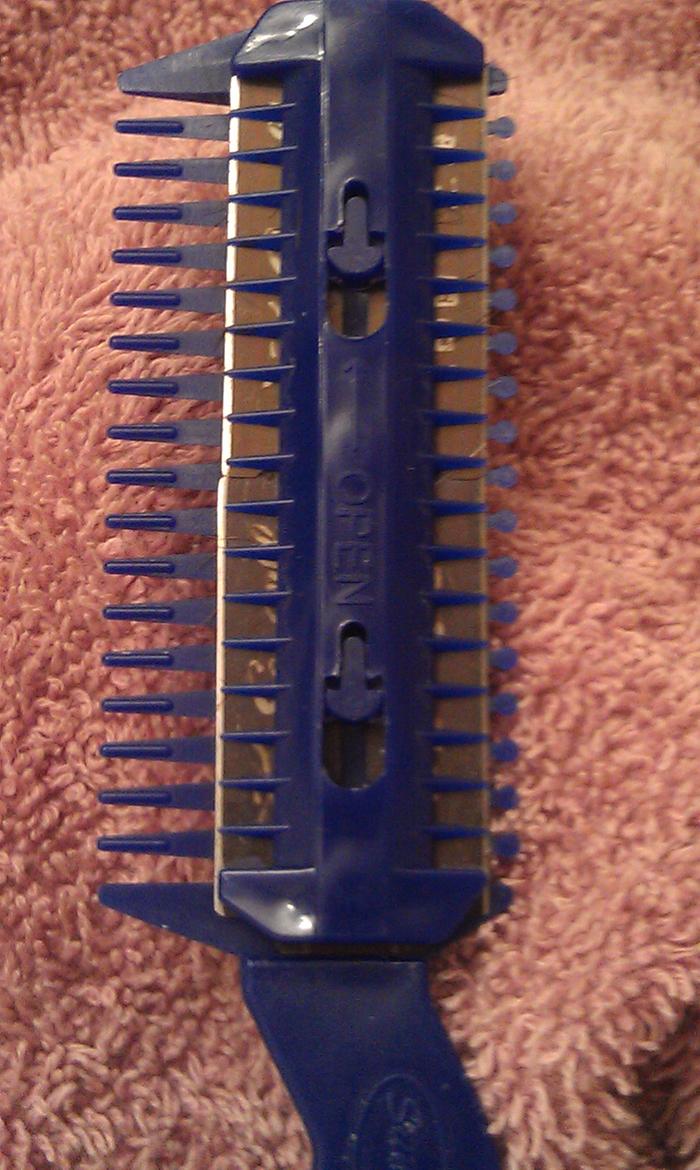 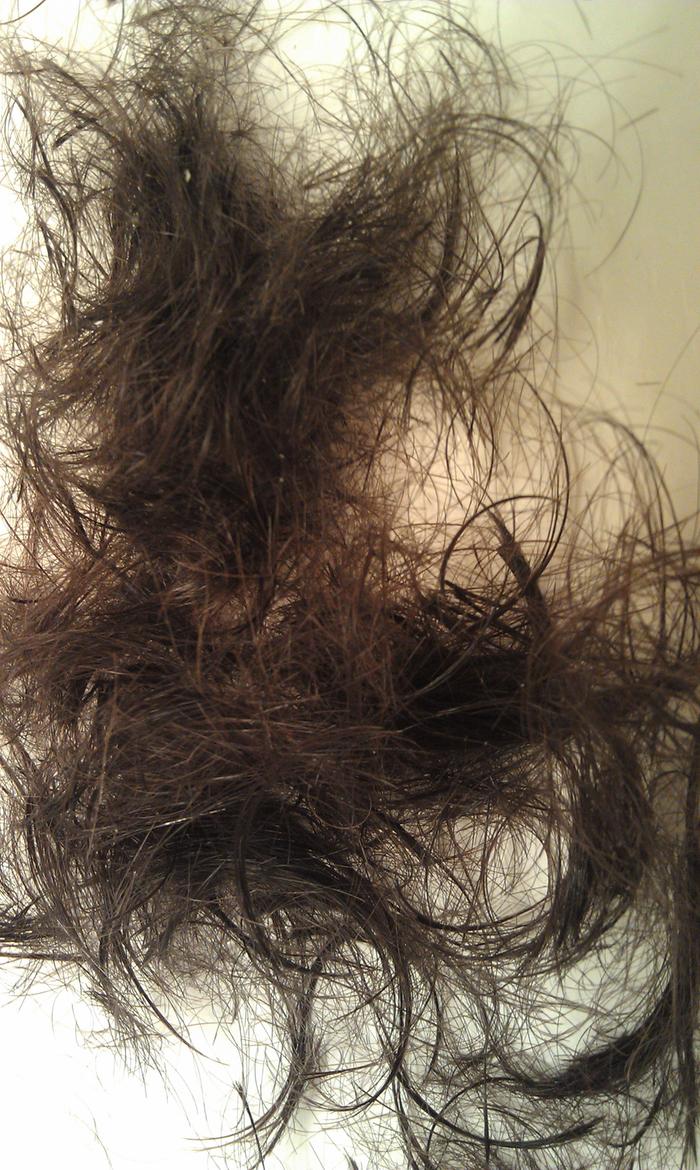 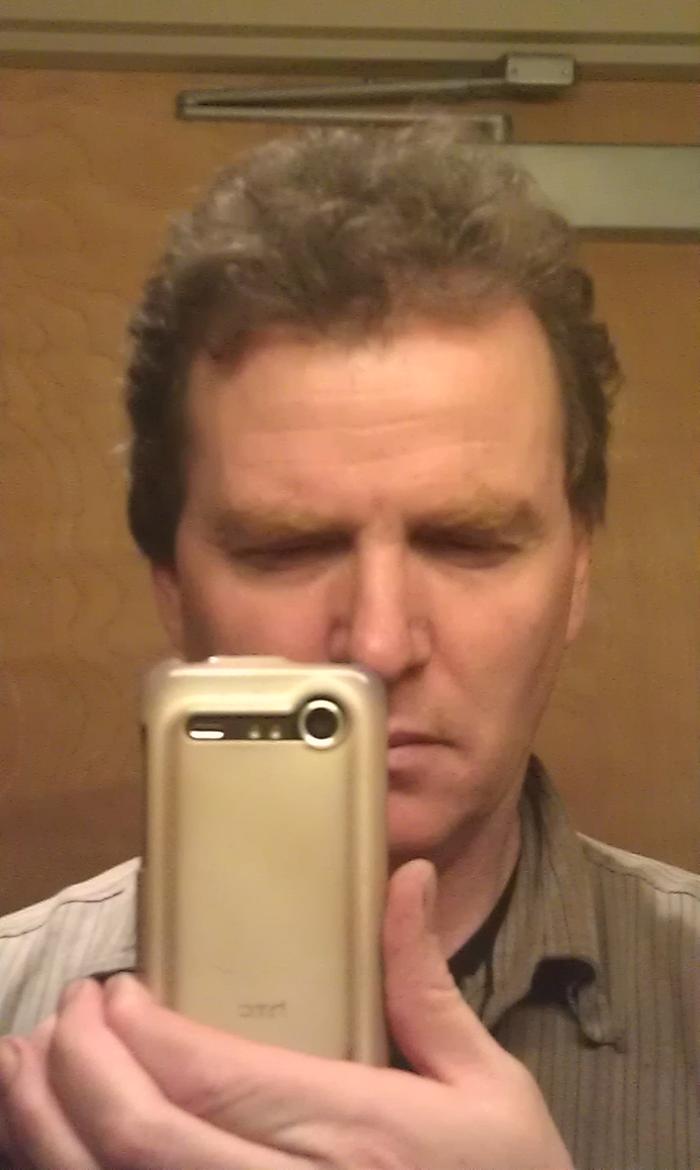 Rufus Laggren wrote:Wore out the sheep clipper, did you? <g>

I had a box containing 24 of those electric clippers once. I got them at an unclaimed freight auction. You can sure go wrong in a hurry with those. They cut fast. I sold the whole box to a migrant farm worker from Trinidad. His wife opened a salon based on quick, in and out, simple cuts for men. Larry kept one to use on his fellow workers. The next week, every guy at that farm had a very short Afro haircut. He paid for the whole box of them by cutting the hair of anyone he could get to sit in a chair. The look was not bad for the black guys. He went to one of the farms where Mexicans worked and using the same implement, he shaved them pretty bald and made them all look like gangsters.


Larry, the Trinidadian entrepreneur, was my favorite customer at a flea market that saw 3000 migrant workers each Sunday. I took him to a wholesaler that sold costume jewelery by the pound. He bought a lot and sent it home for his wife to sell to her hair customers. He moved on from being foreman on a large farm to owning and operating a small beachfront motel in Tobago the year he turned 30. He put in 9 hard years, sweating in the orchards. The owner of the farm helped to finance the motel purchase and became a regular visitor. Larry and his wife were born dirt poor. Go Larry !
--------------------------------------------------------------------------------------------
The razor combs come from Asia, probably China. I just searched Google Images and there are dozens of versions that retail for between $1 and $15. I've dealt with wholesale plastic products before. I'm guessing that they can be had for 20 cents to $2 in quantity. The one that I used cost about $1 retail in Asia. I could see these being a dollar store item. They take standard razor blades, so even a cheap one could be upgraded for pennies.
Rufus Laggren
pollinator
Posts: 1233
Location: Chicago/San Francisco
184
posted 6 years ago
> razor combs...

I had one back in the 60's, 'Merican-Made. <g> Good piece of kit but I couldn't figure out how to use it for the styles I was interested in. May still be around the old homestead somewhere.
R Scott
pollinator
Posts: 3684
Location: Kansas Zone 6a
134
posted 6 years ago
My dad had one, worked better with dull(ish) razor blades--like used on your face first.

I use a sheep shears with a vacuum attachment--no mess to clean up. I am on my second one in 20+ years. I do most of my own hair, then have my wife double check my work and clean up my neck. Then I do all the boys. That thing has paid for itself many times over.

posted 6 years ago
My other half swears by these things. He had one when I first met him that he treasured, and still has somewhere. Then last year he found them for sale in a thrift shop and bought three more for a euro. I think he's set for life now. My hair is too fine and ends up split and disgusting if I use one, but they seem to suit people with less flimsy hair.

David Livingston
pollinator
Posts: 4328
Location: Anjou ,France
243
posted 6 years ago
First of all I would like to say I am dissapointed as when I saw the title of this thread I thought I was going to hear Dale sing .
I spent £9.50 on my electric hair cutter ten years ago never been to a Barber since . Worth everypenny, paid for itself every three months . A number two all over in the winter and number one in the summer

David Livingston wrote:First of all I would like to say I am dissapointed as when I saw the title of this thread I thought I was going to hear Dale sing .

This may happen. I need to make some YouTube promotional videos for my business. Gimmicks often generate hits. I will sing something at the end of some or all of them. The first time I ever sang in public, was at a night club that had a contest. I won $25. I'll do anything from Sinatra to Stones to Seeger (Bob). A short time ago, I called a radio show that wanted to hear us sing without music. I gave them a few lines of "The sound of silence". This is all part of my plan to overcome chronic shyness.

Dale Hodgins
Posts: 9002
Location: Victoria British Columbia-Canada
671
posted 5 years ago
After 18 months, I haven't spent a dime on hair cuts. I may never spend more than the cost of blades.

A woman felt it a while back. She said it was similar to the coat on an Irish Setter. I think that's a good thing. She was gone before I thought of mentioning that I make my own underwear. (I don't).😎
Vera Stewart
pollinator
Posts: 337
Location: 7b at 1050 feet, precipitation average 13 inches, irrigated, Okanagan Valley
82
I like...

posted 5 years ago
I purchased a pair of hair-cutting scissors three years ago for about $20.

Given that the standard rate for a basic women's haircut is about $20, those scissors have paid for themselves 6 or 8 times over already. (I used to get it cut twice a year, now I cut it two or three times a year)

I do sometimes get hair thats a bit shorter then planned, since getting it straight can be a bit of a challenge. But, it grows back eventually. Once I managed to give myself the best hair cut I've ever had, but sadly my last attempt was a bit less then perfect.

I have to admit that if I were going to a super special event, like a wedding or a funeral, I would probably go to a professional.

Fortunately, I don't attend many fancy schmancy super special events like that!