gary gregory
Posts: 395
Location: northern california, 50 miles inland from Mendocino, zone 7
5
posted 11 years ago
I need to thin my raspberries this year and want to get out of the "row" thing, so does anyone have guild experience with raspberries?

Also I've noticed the golden raspberries don't get eaten as much by the birds - I'm assuming because they don't appear ripe when they are not red.  Anyone agree?

none of my plants ever grow on their own..berries are a bit trickier though so you gotta be careful what you plant with them..esp brambles..as you can get really attacked by thorns tending them.

one of my black raspberry  patches has dames rocket and daffodills growing in it..it is in shade 1/2 of the day on the east side of my garage..they grow lovely..they are in a 3' wide raised bed.

i just moved my other raspberries and blackberries this spring..so they are now new transplanted babies.

i just added hollyhocks seeds every 8' in these beds..where the posts are..and yes hollyhocks are edible..petals taste like lettuce..

right now i have a heavy mulch over the bed until i think what else i might put into this  guild..but it won't be anything that needs tending or replanting..i only do perennials in my brambles..

one edger might be rhyubarb or comfrey? perennial flower bulbs work well with brambles.. also i have considered vine crops up the same trellises as mine are along a gothic picket fence 40" tall an will have wires holding them up when they grow tall enough (remember transplants)

ground covers would work well, maybe even some herbs..like oregano, that makes a weed smothering matt.

Aljaz Plankl
Posts: 386
14
posted 11 years ago
Nettles? They are a great companion to brambels in wild where i live.
paul wheaton
steward

posted 11 years ago
I once read a few books about mulching and different kinds of mulch.    I remember one of the books had a huge amount of info on raspberries.

And another interesting thing is that for all other plants, something else is best.  There was only one plant where woodchips was the best.

rose macaskie
Posts: 2134
12
posted 11 years ago
I was wondering if suckers of raspberries did not produce as much as, i don't know, aren't all raspberries suckers, the main sucker. Irene Kightley in "can I garden under live oak" said that raspberries grow well under oaks but not right under their leaves and that the suckers of raspberries don't fruit much so i have just had that thought about suckers confirmed. maybe if the plant is putting up too many suckers it is not so busy fruiting?
Do you then need to cut out suckers and plant them somewhere else? If you were planting raspberries in a line you would have one plant every so often and i suppose cut out suckers that came up away from the parent plant in strange places out of line, so your plant would not have to support a lot of suckers. Would you replant the suckers you took up?
The scarcity of fruit growing on my plants, tha ti have allowed to grow in a  higgledy piggeldy fashion has also made me ask, as the shoots have no side shoots, if one of the problems with letting them grow as they wish is that you have not pruned the top of the main shoot so it is only the shoot producing fruit whereas if its pruned your shoot produces  long side branches that fruit all along the branch you get more fruit from each sucker. Is it then important to cut of the tip, apex, of the shoots that come up each year, something you would always do, just to get them the right height, if you were training them on to wires  as is done in classic raspberry growing. ?
The yellow autumn raspberries have a good chestnut brown coloured stems that contrast with all the grey colours that are so all pervasive in winter, so you could plant them where you wanted a bit of winter colour .  agri rose macaskie.
gary gregory
Posts: 395
Location: northern california, 50 miles inland from Mendocino, zone 7
5
posted 11 years ago

Avoid verticillium wilt by planting raspberries where eggplants, tomatoes, strawberries, and potatoes have not been planted for the last five years.

[from seeds of change] 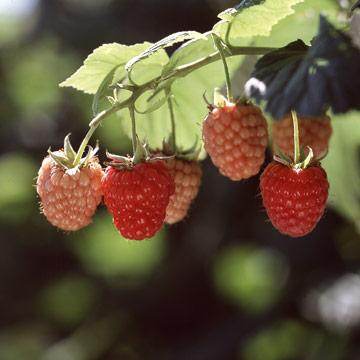 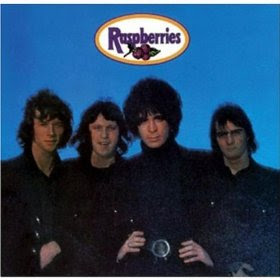 Posts: 965
Location: ZONE 5a Lindsay Ontario Canada
11
posted 11 years ago
Does anyone know if it's worthwhile to transplant raspberries in the spring after they've broken dormancy? They have not fully leafed out yet but they are certainly on their way.

There is an old berry farm that moved location and left acres and acres of raspberries behind. The problem is that next week construction for a subdivision begins on the site so time is limited. Is it worth it to go save some plants or will they just end up dying from shock after transplanting?

Aljaz Plankl
Posts: 386
14
posted 11 years ago
Do it. I have planted them last spring, they gave me some fruit  and this year they are just going wild with new growth.
Travis Philp
gardener

Posts: 965
Location: ZONE 5a Lindsay Ontario Canada
11
posted 11 years ago
I ended up going to the site and grabbing as many canes as I could. I planted 100 feet of canes which was about 60 canes, gave some away, and heeled in the rest. And then a heavy frost came and zapped the life out of the canes that had broken dormancy. Luckily most of the canes I transplanted hadn't leafed out yet. We'll see what survives...

rose macaskie
Posts: 2134
12
posted 11 years ago
nobody seems to know if it is the keeping a plant from having too many suckerssomthign that is i think part of traditional ways of keepng them and the prunning that makes them grow long sideways growing branches that fruit a lot, that makes them produce a lot of fruit, no one has written a comment on this.  The plants I have growing without looking after them don't have much fruit. agri rose macaskie.
Paul Gutches
Posts: 108
Location: Taos, New Mexico
1
posted 8 years ago

paul wheaton wrote:I once read a few books about mulching and different kinds of mulch.    I remember one of the books had a huge amount of info on raspberries.

And another interesting thing is that for all other plants, something else is best.  There was only one plant where woodchips was the best.

Figuring... the chips will draw much of the shallow nitrogen down, and nettles are fairly heavy consumers of it.

posted 8 years ago
I have a pretty large patch of wild raspberries in Wyoming. Here I am picking them ,caught by the game camera.

They are growing along a small seasonal stream. Several old beaver dams have created a dark rich soil that holds lots of water in the sponge.

Jessie Chazin
Posts: 5
Location: Monmouth, Maine
posted 6 years ago
If wood chips are the best mulch for raspberries, Like Paul said, this seems like that would be an ideal place to grow garden giants (Stropharia rugoso annulata).

Does anybody have experience with these shrooms, or other fungi with wood chipped raspberries? How about berries, shrooms, and hugelkultur?

posted 6 years ago
This is a raspberry cane I planted today. Layers and layers of sticks and sawdust. About eight inches deep. The plan is to never water this - although I did pee on it.

I figure in about two months I'll go back and mulch it some more. Next year there might be six canes poking up nearby and maybe I'll add more mulch.

I read a book about twenty years ago that was about thirty different kinds of mulch with several dozen different plants. Sawdust/woodchips generally did so-so for all plants but one - raspberry. Sawdust is best for raspberry. And it is the only plant where sawdust is best.

posted 6 years ago
I have moved onto a farm where there are six rows of 75 yds of neglected raspberries. They are in full sun, depleted, compacted soil. look slightly yellow. I noticed the deer have been pruning them till now. Grass isgrowing all around them. I pruned out all spindly and dead canes and left more sizeable canes. It needed some heavy handed pruning...much better now. I think they will fruit better next year? we will see. In between the rows is grass. Looks like they had put some hay down as weed barrier but alas it has decomposed. I have read about wood chips for mulch but I am not positive the farm can afford this, unless I can find some for free?. I need to mulch or plant something as a groundcover in the rows under them to stop the grass from taking over again. What has been tried?

I wander and wonder, enjoying the scenery along the way

paul wheaton wrote:I once read a few books about mulching and different kinds of mulch.    I remember one of the books had a huge amount of info on raspberries.

And another interesting thing is that for all other plants, something else is best.   There was only one plant where woodchips was the best.

Do you happens to remember the name of those books?
Barbara Kochan
Posts: 57
Location: Southwest Washington 98612
6
posted 7 months ago
Here it is June already and I've not "topped" my raspberries. I thought about doing that last year just to keep the fruit at a height easier for me to pick. Today I did some online research and learned cutting a few inches off the top also helps them branch out.  While I expect it is too late to encourage the side growth, cutting back the tops would allow more energy for the remaining plant. Does anyone know reasons I should not cut tops at this time?  Thank you. (Pacific NW/Southwest WA state)