Own or Breed Unique Varieties/Cultivars?

posted 5 years ago
About thirty to twenty five percent of the ones that have opened are white. There are still several that I'm waiting to see about. It will be interesting to me if it turns out that all the crimson flowered plants opened earlier than the others. Disappointing, though. I'm hoping for many more of the colorful ones. The prettier the flowers, the more chance I can convince neighbors to grow them. Most people in this area limit their gardening to a small flowerbed with seasonal annuals, if anything.

This is my first time growing favas, but I do think it's very possible that at least some of them will mature before March. February might be asking a bit much.

I'll do my best to get some to you early enough to use this spring.
Joseph Lofthouse
steward

Posts: 5912
Location: Cache Valley, zone 4b, Irrigated, 9" rain in badlands.
2490
posted 5 years ago
Casie: Thanks. That cross pollination rate is about average for the species. For me, the crimson-flowered are typically the first to flower.

I have been growing the crimson-flowered as part of the general fava patch. Even then, there would be steps I could take so that they are more likely to come true to type. For example, I sent Casie half of the seed that I saved from crimson-flowered plants. When it comes back after being grown in isolation, with non-crimson plants culled, the population will be highly crimson. Or, If I plant the seeds that I kept for myself close together on one end of the row, they would tend to pollinate themselves and retain the crimson color better. I have so many varieties of so many species, that I feel reluctant to split the favas into another few landraces: Broad beans, violet-seeded, brown-seeded, crimson-flowered, black-flowered, light-colored, pigeon beans, horse beans, etc... But I could easily modify how I plant the patch... Broad beans on one end of the patch. Crimson flowered on the other, and general population in the middle. I wouldn't mind pulling 2 sister-lines out of the general population.

Maureen Atsali
pollinator
Posts: 453
Location: Western Kenya
63
posted 5 years ago
Joseph, does the red color in your land-race maize stalks go through into the cobs?  The cobs on our red-stalked maize are deeply colored - from purple to blood red, and the color bleeds out in the water, and stains the maize pink.  I'll have to go glean whats left to see if I can find an example to photograph.  I've been planting the red-stalk variety specifically in my 3-sisters rotations, so about 80% of the maize there is the red-stalked variety.  If I ever get around to it, I want to try using the cobs to dye something.

Maureen Atsali wrote:Joseph, does the red color in your land-race maize stalks go through into the cobs?

Maureen Atsali
pollinator
Posts: 453
Location: Western Kenya
63
posted 5 years ago
Very cool, thanks for the photos Joseph.  So I guess our maize isn't so unique after all.  I still love it though.

I tried to look for any puny cobs we might have missed, but found none to photograph.  I'll try to remember the next go-round.  Mother-in-law is complaining that my colored OP maize is cross-pollinating with her Monsanto maize - she's finding colored corn in her fields, and they get less money if the maize is not all white and uniform.  Ooops.

Posts: 5912
Location: Cache Valley, zone 4b, Irrigated, 9" rain in badlands.
2490
posted 5 years ago
Here's an example about how I go about breeding my own vegetable varieties.... This particular project is attemptingt to develop a strain of winter hardy Fava beans. Last summer, after the fava beans produced their seeds, I didn't till them under. Some of them re-sprouted. I dropped some seeds on the ground during harvest. They sprouted. I planted another crop immediately after harvest. I planted a cover crop containing favas. I planted a row of favas in late fall.  So I have many hundreds of genetically-diverse fava beans going into winter at many different ages. Some of them are handling the cold much better than others. Perhaps none of them will survive. I'll keep trying. Perhaps we will have a mild winter one year, or a heavy snowcover, and a few will survive. That's as much of an advantage as I need to select the most winter hardy. Then year by year, I select among them for the hardiest of the hardy.

Here's what a couple of plants looked like this morning. One is doing well. One is really suffering.

Andrew Barney
Posts: 136
Location: Northern Colorado
37
posted 5 years ago
The first unique crops i planted and started selecting were highly purple stalked indian corn. Similar to the Maize mentioned in this thread earlier but with deep purple stalks instead of merely red. The first year i was shocked because i got one plant that turned 100% DARK purple with no trace of green! The rest that had red stripes in the leaves eventually greened up as the summer progressed. But not this one. I have had an affinity for growing / breeding purple indian corn ever since. I need to get back to that project at some point, but it's really hard to grow corn here with the racoons. I have an idea for a motion detector strobe light that might work. Though most of my breeding efforts the last few years have concentrated on getting Teosinte to mature and grow here in my Colorado climate. Not an easy task mind you, but this last year i finally succeeded. Some of the same Teosinte seed was shared with Joseph Lofthouse and apparently he also had success with it! 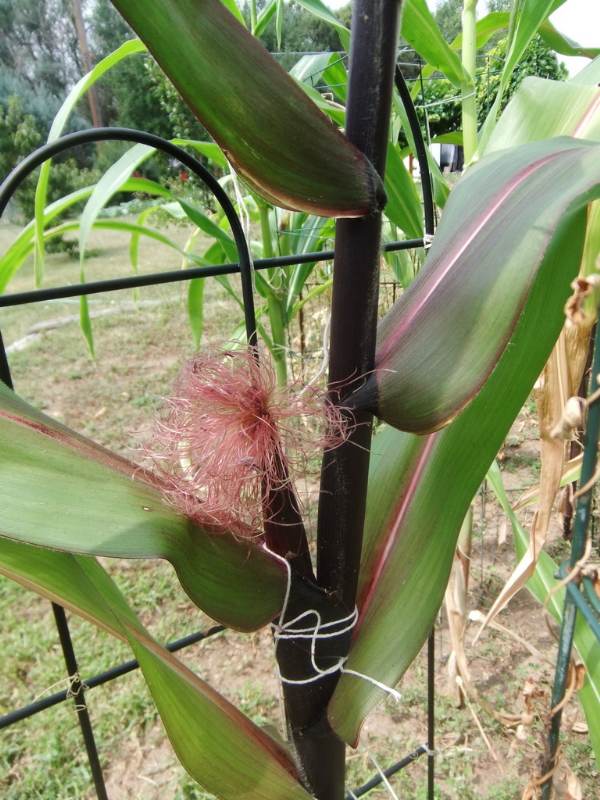 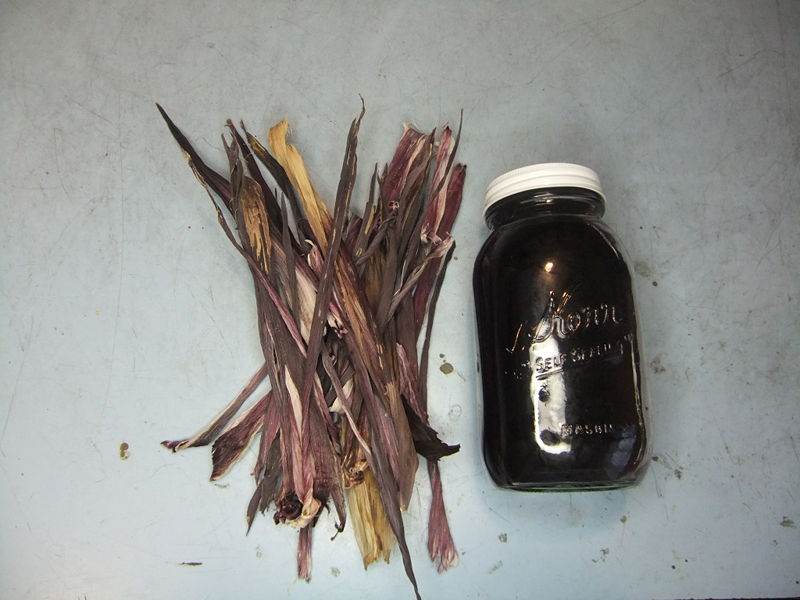 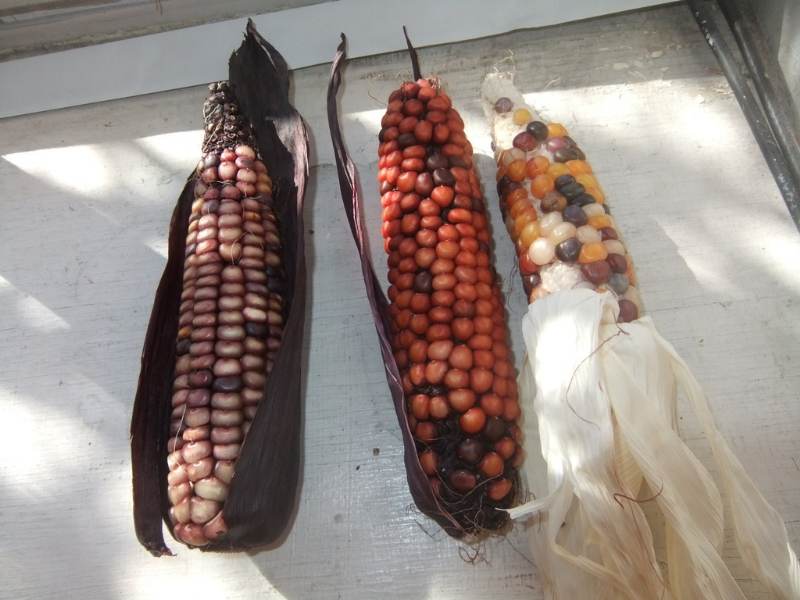 My main crop is pea breeding at the moment. Today i planted all my breeding peas. Boy there were quite a lot of seeds actually! Here's hoping i get a really nice crop of seed back that i can finally start sharing with those i promised or shared seed with me years ago.

I also was growing a Wild Squash that was found growing wild in South Eastern Utah that i nicknamed "Wild Pueblo". It was found growing wild near a stream near an old abandoned pueblo ruin for who knows how many generations. I just sent all of my seed for it to Joseph. Here's hoping he finds a good use for it. I really enjoyed it because some of the plants had what i called a "double-leaf trait" in the seedling stage. Most varieties of squash only produce one first leaf, this one produced two. Also some of the fruits had the precocious yellowing gene that i think Joseph was interested in.
Daron Williams
gardener

posted 5 years ago
I run the restoration program for a non-profit and one of our restoration sites is an old homestead. There are various fruit trees, at least one grape vine, some type of garlic or onion and other cultivators that are leftover from the homestead that produce amazing fruit every year and receive absolutely no care and most are growing within 50 feet (some within 10 feet) of the high tide line! I spent some time developing a restoration plan which resulted in my organization receiving about $120,000 of grant funds to restore this property to a natural state in order to provide wildlife habitat. But as part of that plan I'm going to be preserving all the old homestead crops that have survived untended for who knows how long. The exception will be if they are forming dense monocultures but that is only happening in one or two small areas - these will be removed to provide space for the restoration work. But the rest will be kept in place and once the organization I work for owns the property (we are in the process of purchasing it) I'm planning on propagating the homestead plants through seeds, dividing, and cuttings so I can be sure these varieties continue to exist. There is a plum at the site that is the most amazing plum I have ever had (I used to think I did not like plums!) plus a ton of apples, pears and other plants. I'm really excited about working to propagate these plants and working to restore the property to a more natural state. Luckily, the two goals are compatible! My property is only about two miles from the site so I will be establishing a lot of the plants at my place and I will also be working with other local groups to see what we can do to preserve these plants. Not only are they old varieties but they have been selected by neglect and seem very well adapted to growing in this area!

Andrew Barney
Posts: 136
Location: Northern Colorado
37
posted 5 years ago
Yesterday i noticed a few yellow or white colored pea seedlings. Not sure if any of them will green up or not. Though i did find this interesting surprise among them. This one happens to be a varigated pea seedling, so it should survive. Interesting! I will keep my eye on this one to see if it continues to hold surprises. This one happens to be in the batch of what i think to be mixed Joseph's Yellows and Reds. This one appears to also have the hyper-tendril (aka. semi-leafless) trait. 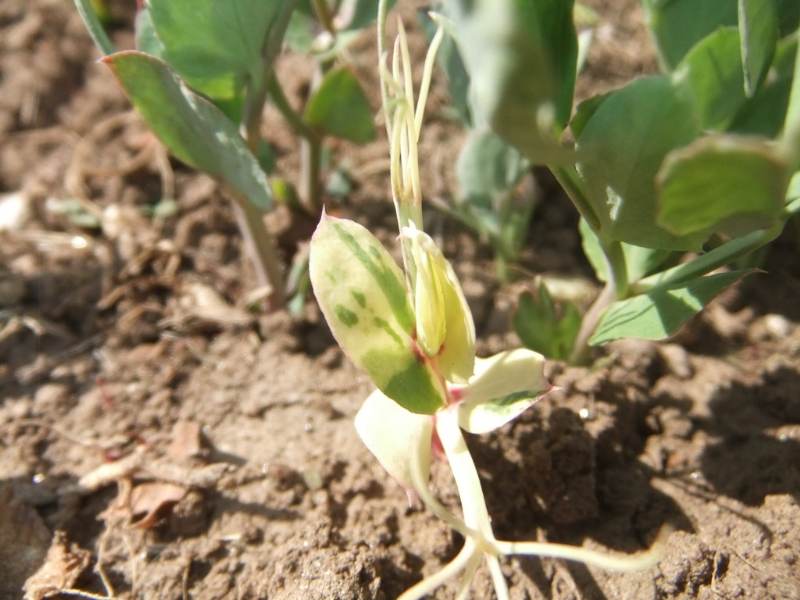 here is a really cool Purple-seeded pea i am developing. It is bred from a very rare pea variety called 'Purple Passion' and crossed with a super dwarf variety i obtained from the USDA GRIN seedbank called 'Mighty Midget'.
This is currently the F2 generation seed.

posted 5 years ago
Not a vegetable, but we have what we believe is a unique cultivar of european plum that was brought over from the Czech republic in the 1800's by my great great great (great?) (.... Great...?) grandparents. Its purple, much like an italian prune, but larger, juicier, and well suited to eating straight off of the tree, though we have made prunes, preserves, and alcohol from them before. It's got golden flesh with a clingstone pit.

The old family story goes that they grew plums back on the farm in the Czech republic, and when they emigrated to the States a sucker of it was stuffed into a suitcase with some wet newspaper for the trip over, and covered up with clothes so it wouldn't be taken or destroyed by customs.

It then was planted in the tiny logging settlement in upstate Maine that they originally settled in, and since has traveled all over the continent by way of more suitcases from Maine to Labrador to California to Washington as the family has moved.

The tree suckers pretty reliably, sending up fast growing shoots both at the base and up to 10 or 15 feet away. We simply let the sucker grow for a couple of seasons, and then pop it out with a shovel for propagation. These are planted around and given to family/friends. Pruned branches stuck into the ground root pretty reliably as well.

At our home site, we have about 2 dozen of them or so, all propagated via suckers or cuttings, growing in ranges from dense shade to full sun. Over time we've found it to fruit moderately on it's own, with some years it being absolutely prolific, but purchased another european plum variety last year as a pollinator and saw our yields about quintuple.

The family name of the Czech ancestors that brought it over was Dostal, so that's what we call it.

Dostal as a family name means "trustworthy, reliable, and keeping to one's word" so it turns out to be a damn good marketing name, if we ever did get around to getting it recognized as a known cultivar!

When I get a chance I'll edit this post to include some pictures of the trees :)