posted 5 years ago
Blacksmithing has the potential to open up possibilities for custom made tools and equipment that would be very expensive to have made, or are so specialised that they can't be bought. Others are really simple helpers and gadgets - quick to make but a big help.

I've done a total of one day blacksmithing but was really impressed with how straightforward it was to make simple items, as well as how simple and cheap the actual tools were to get started. Raw metal can be purchased or salvaged, and if you are trying to work as cheaply as possible you can make your own charcoal.

Some simple items that can be made for use around the homestead:

Custom hooks - Hammer them directly into a beam or post to hold heavy tools, coats, ropes etc... I made half a dozen of these, taking less than 5 minute on each. Sturdy enough to hang a chainsaw up off the ground. 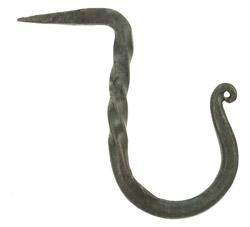 Tripod Pot Hanger - chain and hooks give adjustable height for heat control. I made mine from much longer material than you can typically purchase for a tripod. I like a nice wide base for the legs so you can still work comfortably at a fire without banging into the tripod legs. 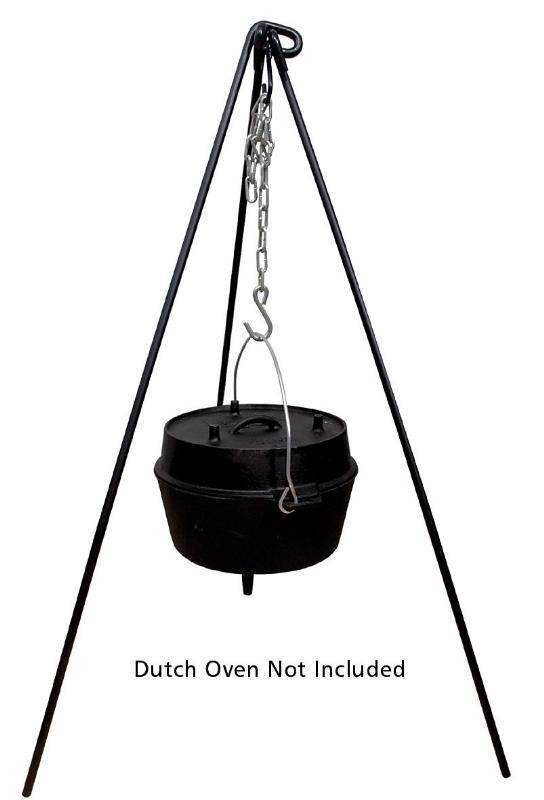 Fire irons - customise a poker to your needs. I made one with a little backwards hook so you can pull coals towards you, as well as push them away.

And on top of that lot I'm sure there are lots of tools and fixtures and fittings that can be made simply with some ingenuity.


And some inspiration from google images
Blacksmith Project Ideas

I'd love to see more discussion of blacksmithing on here; as a skill set it complements what we are trying to achieve so well.


[EDIT - I've just remembered an occasion when a forge would have been a godsend... I borrowed a press for making some cider, but it was missing a little piece of squared off metal bar to secure the ratchet metal in place. Making it from scrap with a forge would have been a 5 minute job... without it I think I wasted 2 hours trying to improvise something that would do the job, and the "solution" was still inadequate.]

Michael Cox wrote:Blacksmithing has the potential to open up possibilities for custom made tools and equipment that would be very expensive to have made, or are so specialised that they can't be bought.

[EDIT - I've just remembered an occasion when a forge would have been a godsend... I borrowed a press for making some cider, but it was missing a little piece of squared off metal bar to secure the ratchet metal in place. Making it from scrap with a forge would have been a 5 minute job... without it I think I wasted 2 hours trying to improvise something that would do the job, and the "solution" was still inadequate.]

Indeed! I've been blacksmithing a little for about ten years. For a long time, I had a propane forge at home. At the moment, I've got a half-built coal forge. (If anyone cares for an exposition on pros and cons of propane and coal, I'll give one.)

The whole time, I've gone every Tuesday to the local Open Forge Night. It's an informal gathering at one member's well-appointed shop. He's unbelievably generous in hosting us- we use his tools, burn his coal (there's a can to put a little money in), and talk his ear off, and he's - as far as I can tell - happy for this arrangement to keep on going ad infinitum. Everybody involved is a member of the Michigan Artist Blacksmith Association, MABA, but it's not an official MABA event. There's a lot of smoking, a lot of shooting the breeze, and nobody taking minutes or making announcements. I don't know what I'd have paid in tuition by now if I'd tried to learn this much at formal weekend blacksmithing classes. Probably a mortgage's worth.

In any case, here are a couple of ideas for permaculture-relevant blacksmithing projects, ones that are within reach of a beginner, but maybe would make a solid contribution to your permie endeavor.

(Hey, Elementary Blacksmithing For Advanced Permaculture, if that's not a viable DVD set, I don't know what is!)


A shingle froe. That's the tool for splitting bolts of wood into wood shingles. Beign able to create roofing material on-site is a huge gap in the natural building world, in my humble opinion.

A rock bar. You know, the giant one for levering large rocks from where they don't belong to where they do belong. Like carrying a sofa, you'll want a friend to help you with this one, but it's not hard.

A broadfork. People fall into different places on the till/no-till spectrum, and somewhere in the middle is the broadfork. If you like them, you might have spent $150 on one already. The material, brand-new, is about $25, or as with so many other things in the world, you could substitute scrounging labor for that money.

A draw knife. This isn't, perhaps, really basic blacksmithing since it involves heat-treating, but it is a fairly basic blade to make, and it does open up the potential for handling your own handle needs- not just for your froe and broadfork, but shovels, rakes, hammers, and everything else. In fact, make five or so in all different sizes. If you scrounged some coil springs from small cars to make the tines of your broadfork, then hammer some of those flat for your drawknives. You can count on them to be good blade steel.

Chisels, including the big 'ol timber framing chisels. As above, heat treatment isn't EXACTLY an introductory task, but it's also not THAT hard. The difficulty level is comparable to making toffee. Danger is a little higher.


(Here's a time to dispel a little myth. Files, springs, and bandsaw blades are good for making knives/chisels because they're W2, 5160, and L2, respectively. False!
Some files are W2, many are 1095, lots are case-hardened mild steel, and a good percentage are something else.
Some springs are 5160, some are something else.
Very, very few bandsaw blades are L2 anymore.

Except for the cheapest files, they do all have good odds of being usable blade steel, if you're willing to accept the suboptimal outcomes of heat treating a piece of steel without knowing what it is. If you want predictable, optimal heat treating outcomes, then you buy identified steel from a steel supplier, quenching oil from tool supplier, and a controllable heat source. And then look up the recipe and follow it.


Ok, last thing, pollution. Burning wood down to charcoal is... ok, I don't know a whole lot about that. People do it. I have tried to forge with charcoal, and it's hard. It doesn't get quite as hot, it disappears faster, it's just not as easy as proper coal.
Forging with coal is dirty. But it's very effective.


I've had a dream for a long time of building a solar forge with one of those giant fresnel lenses. It will needs some kind of pivoting waist so you can keep it aimed at the sun. And then some kind of insulating chamber where the heat can go in and stay there for at least a little bit of time. If you just shine the sun on the steel, the heat dissipates into the air disappointingly quickly.
Sure, you can only use it when the sky is just right, but for a silent, odorless forge... it would be worth it.

posted 5 years ago
So I put my money where my mouth is...

I had a look on ebay yesterday and there was an old anvil going at a reasonable price in my area. So, I'm now the proud, if slightly bewildered, owner of 100kg of metal. Now I need a place to put it, a forge and some tools. This might be the final straw that pushes us into building a dedicated workshop

Michael Cox wrote:So I put my money where my mouth is...

Fantastic! Good on ya!

Can we see a picture?

Have you settled on propane/gas vs. coal/charcoal?

Have you looked up the blacksmithing group in your locality?
(I'm so excited for you, I went and looked myself. I can't find the club, although I'm confident there is one. I found this list of businesses, and I'd bet a dollar that if you called a couple of them, they could tell you, "oh yes, OKBPOB meets on the first Saturday of the month at Jim's house." I can't encourage you enough to connect with them. The blacksmiths I've met in the US, many dozens of them, have been wonderful to a man. They'll also be the source for best-quality forging coal. Both of the groups I've belonged to have arranged to buy it by the traincar, store it at one member's home, and divvy it out to the rest as they wanted it.)
Michael Cox
pollinator
Posts: 2814
Location: Kent, UK - Zone 8
370
I like...

posted 5 years ago
I've been trawling youtube - there are some great how to videos.

How to make tongs for handling your material.

How to make hardy tools for your anvil

I really love how you can make everything you need... you make the tool to make the job easier, when then becomes part of your long term blacksmithing tool kit.

posted 5 years ago
Just found this thread! Are you still hitting things that aren't black over there?