I am well on my way.  Just cobbed the the stove yesterday. Third burn yesterday as well, started to cure the cob.

Here are my observations so far.  There seems to be good draw, not great but smoke does not escape the fire box.  The flames are not steady, they seems to sway back and forth most of the time.

After a few hours there was condensation leaking from the far t joint and from the 90 degree elbow on the chimney side of the double run.  Pictures will show the pools that formed under neath the pipes.
I was burning 2x4 pine off cuts all night.  From the video I will post, I can see the steam that was being released from the wet cob being sucked into the burn chamber.  Could that have added to the condensation?

I have made the typical 8 inch rocket stove mass heater, I have yet to fill in the pea gravel for the mass heater area.

I am going today to foil tape the the two barrel portions together, would that be a major performance factor? Is does have a stove gasket and a tight barrel ring around it at the present moment.

Here is the video for the dripping condensation at the far T and the video of of the flames dancing around.

This is after a few hours of burning.  The green house was much warmer.
Also, I was able to place my hand on the exhaust pipe only three feet from the barrel just after the clean out T.  Shouldn't that area of the pipe be too hot to touch?

I need some help folks to wrap this up soon, so I can move on to actually starting the greenhouse. My wife is not sold on this RMH thing yet. I need to wow her in the next few weeks!
IMG_0181.jpg 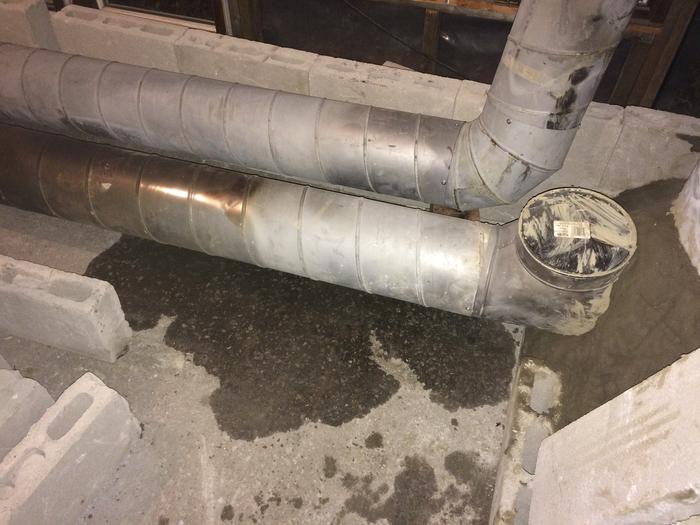 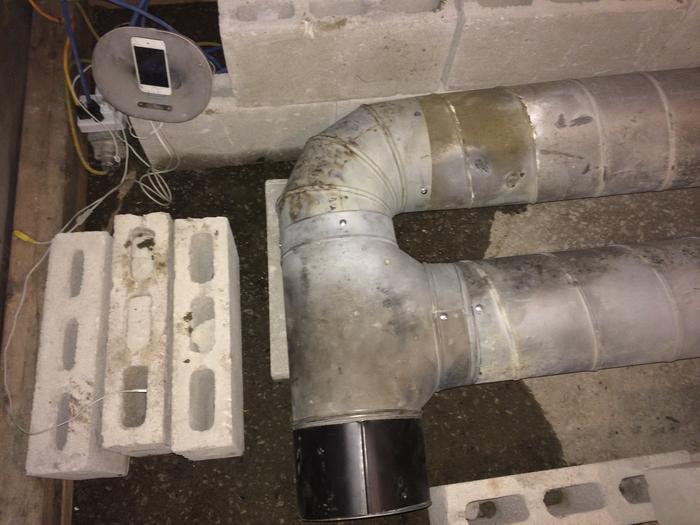 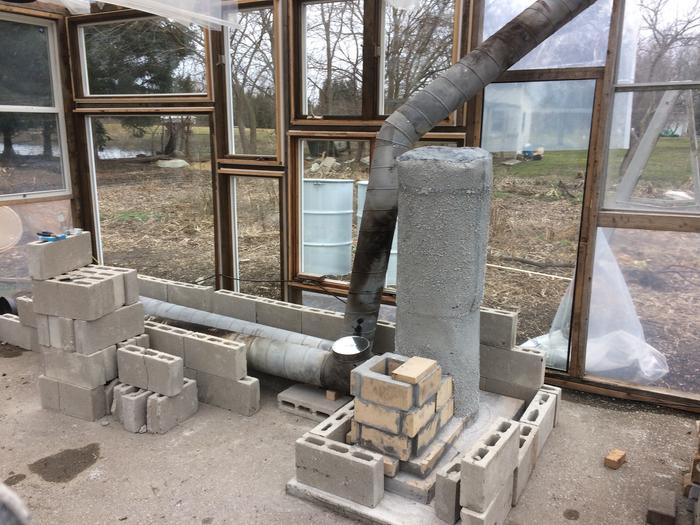 posted 3 years ago
Mine dripped water for 5-6 weeks ?  Yours will as well.  Get your mass started ... it will need to dry too. Systems seem to draft better after they have a mass to keep an even temperature. A Picture of your transition area as well as the inside dimensions would be handy.  You made the correct choice with a rmh . I went from 12 + cords to less than five to keep our greenhouse warm all winter long.

Dave Lot
Posts: 152
7
posted 3 years ago
When I built my rocket stove, I surrounded the mass / pipe - with cob and bricks, effectively making a good seal around the pipe, so I did not tape or seal the joints in any way. . .

That being said, if you fill the mass area with just plain gravel, you will not have as much conduction of the heat as if you had put / poured wet sticky cob around the pipe - think marbles versus a wet thick soup - alot more contact with that hot pipe !

In your case, you are probably getting condensation because that hot pipe is releasing too much heat all at once. - temp drops below the temps of steam (what 180 F ? ) and you get water.  If the stove is set up right, and you have crossed your I's and dotted your T's - 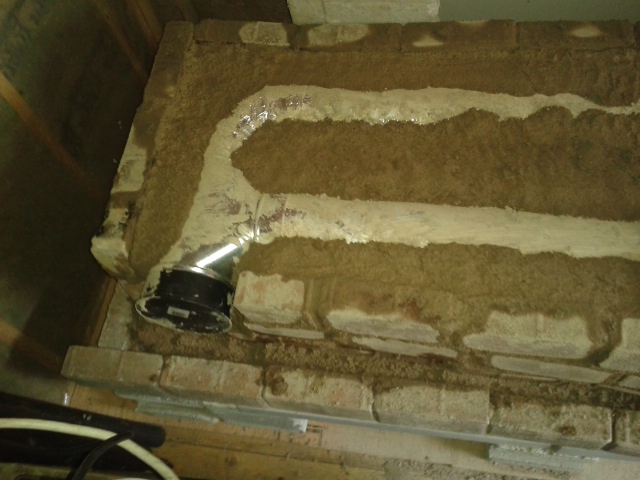 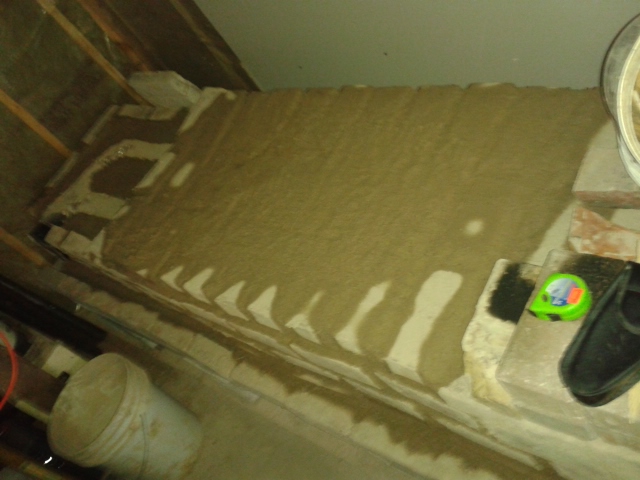 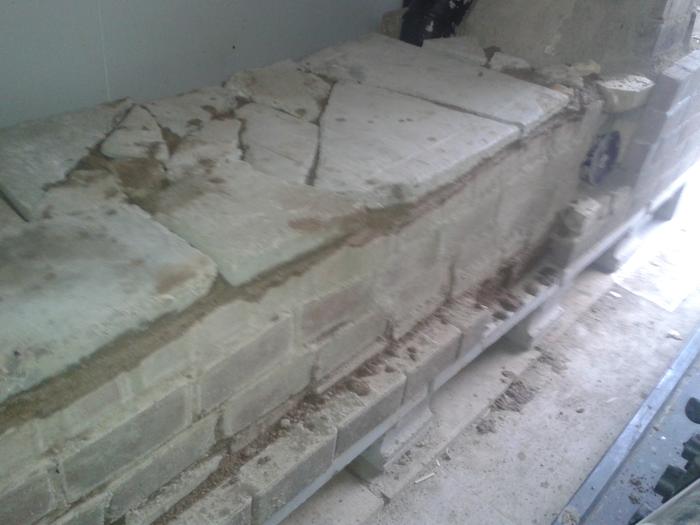