Amedean Messan
pollinator
Posts: 928
Location: Melbourne FL, USA - Pine and Palmetto Flatland, Sandy and Acidic
44
posted 10 years ago
Hey guys, I am a mechanical engineering student and wanted to share an idea I had to support an aquaculture system.  I know aquaculture is not permaculture, BUT I have been trying to design a hybrid system and one of my ideas uses a fish pond to transfer nutrients from insects to not only the fish but also to the crops.  Basically, just as how a porch light attracts all kinds of insects, what I wanted to do is illuminate a surface of a pond to attract the numerous insects that are active at night allowing the fish to feed from the rich source of protein and nutrients.  In turn the rich fertilizer generated from the insect and fish waist will feed crops.


Here is how the trap works.  Basically, a platform will float on the water and at night a flood lamp turns on.  The insects would be attracted to the lamp and fly towards the light.  As the insects approach the light they will buzz around until they either fall in the pond or they get sucked in by a strategically placed fan.  This fan will force the insects toward the waters surface where the fish in the pond will hunt the stranded bugs.  The materials required to construct the trap are cheap.  Special consideration on the electrical components must be taken in the design as to prevent any possibility of shock.  Certain water proofing is essential, but aside from this only flaw the trap will work wonders.  Negotiable is the addition of the fan.  Please not that the sketch is a vague concept visualization.

Here is the sketch 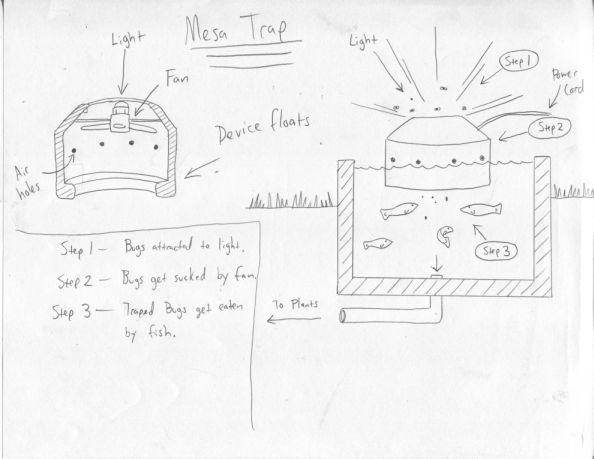 Here is a brief introduction to the idea of aquaculture.


This part of the system is different in the sense that specially designed ponds instead of tanks would be used.  This would allow more flexible ecosystem designs that allow properties of permaculture and aquaculture to aid each other.   A benefit of the aquaculture is the control of diseases and pests normally associated with soil.  Harmful insects cannot survive in an aquaculture environment.  The focus of the aquaculture aspect will be the fish production and shallow root plants; lettuce, tomatoes, carrots, zucchini (boring worm protection), beans, etc.  Larger rooting plants and grains cannot easily be sustained by aquaculture so I would lean towards permaculture for livestock, grains, fruiting trees and bushes, etc.  I still got a lot more tweaking of my hybrid concept and this trap is just one of my ideas I wanted to share.


Here is a brief rundown of the benefits related to the added insect food source.

1 - Insects not only are on average 80% protein, have high levels of omega-3's, and they bring essential minerals and amino acids.  Essentially, they bring more complex nutrition needed to not only to support fish but also plant health.

2 - The waist from the fish produces a valuable source of nutrients and especially nitrates which are needed for plant production.

4 - Corn feed and other substitutes are not only unhealthy for fish, they reduce the nutritional value of the fish as they do not satisfy a complete balanced diet.

5 - The fish meat does not taste like farmed fish.

8 - Due to the pace of insect population regeneration, the food source would be steady throughout the warmer climates.


Those who hammer their swords into plows will plow for those who don't!

Replace aquaculture with aquaponics in the above reading.  My mistake.

Neal McSpadden
Posts: 269
1
posted 10 years ago
Seems like an ok idea, but a bit over engineered

. Many people just hang a light above their tanks. The insects bump into it and fall in the water. The fan and box would probably increase the capture efficiency.

Check out my Primal Prepper blog where I talk about permaculture, prepping, and the primal lifestyle... all the time!

Amedean Messan
pollinator
Posts: 928
Location: Melbourne FL, USA - Pine and Palmetto Flatland, Sandy and Acidic
44
posted 10 years ago
Your probably right on that.  Another idea I had was to put the lamp under the water in a water proof housing.  It would be simpler, but the basic idea is attracting bugs to the pond.  I did some investigating and I have not found any details online of people doing this.

Jonathan 'yukkuri' Kame
Posts: 488
Location: Foothills north of L.A., zone 9ish mediterranean
4
posted 10 years ago
I like the basic idea, though it may be more complex than necessary, as pointed out.

I'd probably skip the fan and run more lights with the power.

In a countryside setting with relatively little light pollution, a trap like this would be crawling with bugs after a few minutes.  Making the cover easy to enter and challenging to exit could be helpful.

I wonder might make it even more attractive to bugs?  Candles would put off CO2 and heat, which mosquitos and fleas would be attracted to.  As well, the flame would be be more deadly to the bugs.  But this would mean more maintenance, and probably higher costs.

Another factor, is there will probably be frogs, geckos, etc, attracted to the bugs.  Frogs legs anyone?

Lastly, does the contraption provide more than 1 function?  Potentially it feeds fish and plants in the system... it will probably add a minimal amount of heat to the pond.  Is the light useful to you in some way?  Will the design be beautiful?  If you are walking the land at night, it will be the primary thing you will see. 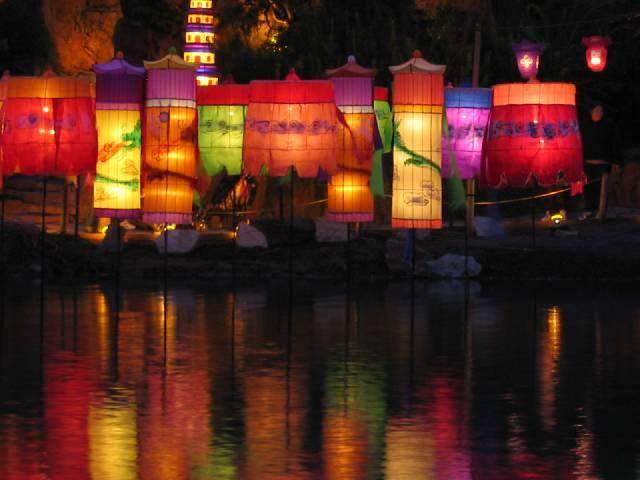 Lastly, is there somewhere you could put a tank that you are likely to light anyway?  If you keep a light by the door, or elsewhere, is there a way to harvest those bugs?

Amedean wrote:
Your probably right on that.  Another idea I had was to put the lamp under the water in a water proof housing.  It would be simpler, but the basic idea is attracting bugs to the pond.  I did some investigating and I have not found any details online of people doing this.

Worked for the inhabitants of the dead marshes

Amedean Messan
pollinator
Posts: 928
Location: Melbourne FL, USA - Pine and Palmetto Flatland, Sandy and Acidic
44
posted 10 years ago
Ha, very funny reference to LOTR.  Well, I think waterproof LED may do the trick perfectly.  I found a picture of a pond with underwater lights to illustrate the visuals.  It would make a very scenic view. 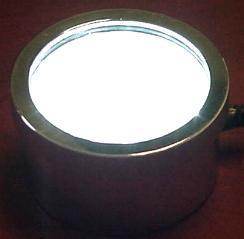 others ideas :
* a trap with some meat hanging to attract flies
* a yellow baloon floating on water to attracts insects
Brenda Groth
pollinator
Posts: 4437
Location: North Central Michigan
29
posted 10 years ago
great idea to find a way to feed the fish organically..and naturally..one thing be sure that any elecricity over the water could lead to disaster if it falls in

Jonathan 'yukkuri' Kame
Posts: 488
Location: Foothills north of L.A., zone 9ish mediterranean
4
posted 10 years ago
For some reason Brenda's comment made me think of this.  Clever, though definitely demented

and potential for disaster.

Also, I'll bet outdoor swim pool people would have some ideas about what to do with lights so as to minimize insect attraction.

When raising any sort of critters, light hours and frequency always seems to have some sort of role in growth rate and reproduction... I wonder what influence lights at night may have on the over all well being of everything involved in the system?

I think I would be more inclined to trap insects during the day and then feed them somehow or....

Did you see the video Paul posted on raising/feeding maggots to chickens? A setup similar to that could be done over the pond. You would have to provide food for the maggots

Michael Mathews
Posts: 3
posted 9 years ago
I saw a video on large scale fish farming, and I believe they used waterproof lights slightly below the pond's surface to attract moths and other insects.
Taylor Stewart
Posts: 45
2
posted 9 years ago
I've seen a similar set up before. It used an electric weed-wacker and a light suspended off a dock. The bugs flew to the light and got smacked by the weed-wacker. It wasn't for raising fish, rather it was used to improve the fishing around the dock. It could be turned on and off as desired.