So last year i planted some everbearing raspberries and they had a rough start.But thanks to the people who helped me out on this forum i managed to save them.In authum they produced a lot of fruit (about 500-1000grams every 3 days) and i now know that i need to use a lot of mulch and organic materials to keep my plants happy and alive.

Now it is time to prune them.I was told to cut the dead top parts of the plants if i wanted to have fruit in June and authum. I did just that.But it seems to me that there are too much branches on one plant.Should i cut some of the braches on each plant and leave about 3-4 thick canes only?Should i also cut them to chest level or leave them the hight that they are? 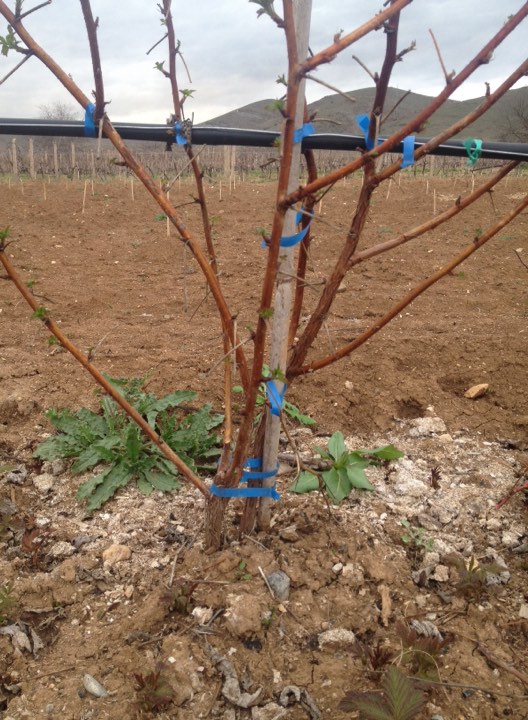 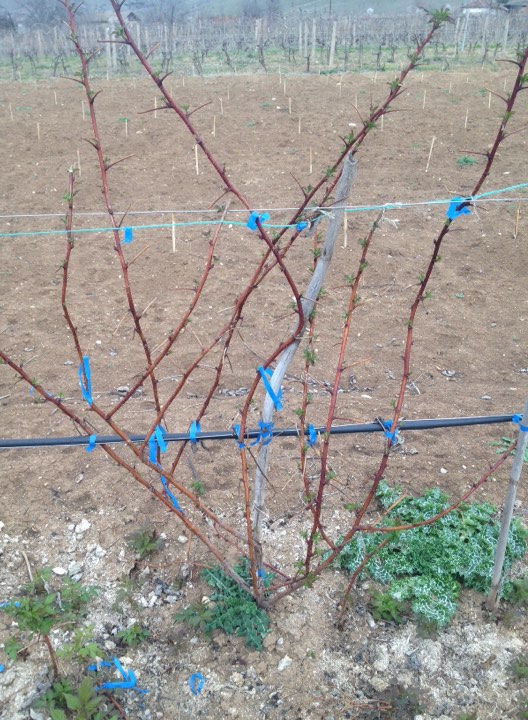 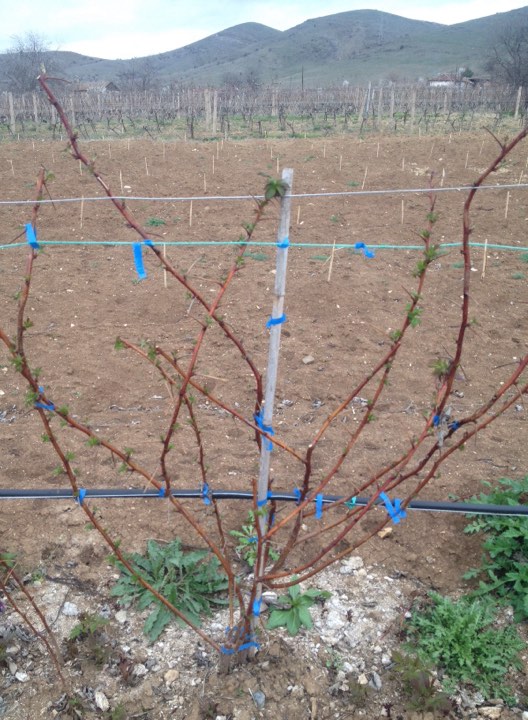 Tripp Noonan
Posts: 25
1
posted 2 years ago
Anything you do cut, stick in the ground and you might get free plants!
David Livingston
pollinator
Posts: 4328
Location: Anjou ,France
243
posted 2 years ago
looks fine to me , best to cut the weak and dead stuff out . Look out for suckers to remove as new plants for next year more info here - https://www.permaculture.co.uk/articles/pruning-raspberries-patrick-whitefield-0

posted 2 years ago
Everbearing raspberries will tell you what to cut because spent canes and parts of canes become visibly discolored and dry.

Normally a fresh cane from the current season will bear fruit and in the next season, you'd normally cut away the top 1/3 or so and the cane will regrow a bit and bear again from the remainder - but again, the dead part will be visible, so 1/3 is not a hard rule.

You can also decide, for example if you have high disease / insect pressure, to cut down canes entirely at the end of season and let the rasps regrow from the ground each year. That's entirely fine with them, it just means that you'll be getting one big harvest later in the year instead of an early wave and a late one.

Speaking of insects, check your canes for visible bumps - balls formed on the canes, usually on the lower half. Cut those canes out entirely and burn them.

For mulch, I very much suggest sawdust, rasps like it a lot. Sprinkle with some (just some!) high-nitrogen whatever if you're worried about decomposition stealing nitrogen from the surface of your soil. And get your sawdust as rough as possible so it doesn't just harden into a solid layer. Whatever you do, do NOT leave soil bare... Rasps are thirsty and have shallow roots. Keep that moisture in!

Is that ash on the ground on the pics #4 and #5? If so, that's possibly not a good idea. Ash has an alkali reaction but rasps are acid lovers.

I'm reading your previous topic about the raspberries. Polana is a good choice! Polana and Polka are really robust. But the 16-16-16 that you mentioned is a strong fertilizer and, in my opinion, too high in nitrogen. Rasps don't really need / enjoy lots of nitrogen. Better use an orchard-type fertilizer that has relatively N but high P and K. Of course if you've done a soil analysis and found out you already have lots os those then... Just don't fertilize and observe how it goes. Also, yes, some shade in the summer is a good idea.

Ivan Arsov
Posts: 10
posted 2 years ago
Tripp Noonan
- I thought of the same thing.That is why i put about 50 canes that i cut off in a type of mulch that i have been using.After a couple of weeks if they grow some roots i will transplant them.For now we just have to wait and see.

David Livingstone
-I have done just that.I was just afraid that because there are more fruiting canes that i would get small crops.That article was helpful but it only refers to regular (once a year) fruiting raspberries

Crt Jakhel
- I will check the canes for visible bumps .That would probably help me with the insect problems i had last year.

Last year i put a lot of saw dust on the plants.I ran out off saw dust but got help from my neighbor.He was growing mushrooms and had a lot of bags filled with saw dust in which he grew the mushrooms.He gave me the old ones he didn't need and a lot of them were in a decomposing state.But some of them had dry white saw dust (that is what you see on pictures #4 and #5).

I used ash last year also.I feel like it helped the canes because i added a little bit of ash and a lot of sawdust and the raspberries started getting better and bigger.

I used to see a lot of dead, dry leaves at the bottom of the raspberry plants.I had the same problem with my tomatoes ,so i put 16:16:16 fertilizer on them and became better.I feel like that fertilizer helped the plants a lot because in September i really needed fertilizer but shops only had 14:14:14 type at that time.After i put that on my raspberries they always had dry fruit and weren't juicy at all.

I was planing on putting a 70-80% shade cloth because in summer the temperatures here are from 40-45 degrees Celsius.

Next year i will try and prune them so i only have fruit in Authum so i can see the difference.

Tripp Noonan wrote:Anything you do cut, stick in the ground and you might get free plants!

posted 2 years ago
You did a good job of pruning except that you did leave some crossing canes.
Crossed canes will rub against each other in a wind and that will damage the "bark" which will create an opening for disease or insects, which is not a good thing.
Simple to fix, just go back through and remove the skinniest of the crossing canes, dip in a rooting solution and plant where you want new berry bushes to grow.

I will go trough them once more like you said and i will cut off the thin crossing canes.It was my first time pruning raspberries so i was happy when you said that they were pruned good.
steve bossie
Posts: 609
Location: Northern Maine, USA (zone 3b-4a)
52
posted 2 years ago
i mow all my everbearing raspberries to the ground in early spring. the summer crop isn't very good and the fall crop is much better if you cut them to the ground and harvest the primocane fall crop. also less disease in your raspberries as you're removing last years canes.