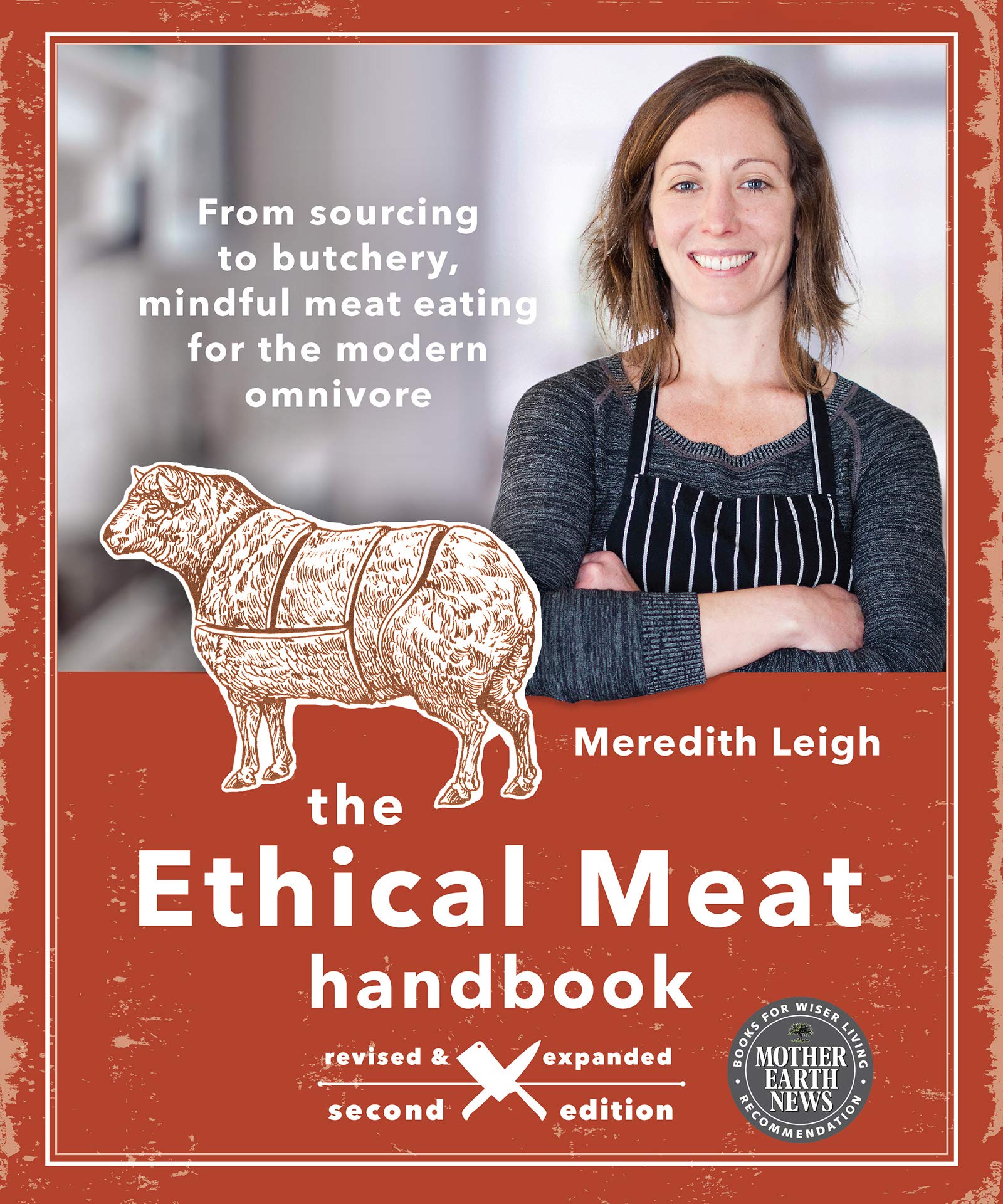 Summary
New Society says, "Nutrition, environmental impact, ethics, sustainability – it seems like there’s no end to the food factors we must consider. At the center of the dietary storm is animal-based agriculture. Was your beef factory farmed or pasture-raised? Did your chicken free range, or was it raised in a battery cage? Have you, in short, met your meat?

Most efforts to unravel the complexities of the production and consumption of animals tend to pit meat eaters and vegetarians against each other.

In this 2nd edition of The Ethical Meat Handbook, author Meredith Leigh argues that by assuming responsibility for the food on our fork and the route by which it gets there, animals can be an optimal source of food, fiber, and environmental management."

About the Author
New Society says, "Meredith Leigh has worked as a farmer, butcher, chef, teacher, non-profit executive director, consultant, and writer for the past 17 years, all in the pursuit of sustainable food. She has amassed a wealth of experience and perspective in re-imagining mindful foodways, and focuses particularly on supply chain development, whole systems thinking, and the cultural implications of food activism. She is passionate about integrated agriculture that includes plants and animals in dynamic rotation, soil and food microbiology, and food preservation."

Where to get it?
New Society Publishers
amazon us
amazon uk
Amazon.ca

From the video description:
"The premises behind ethical meat are to create new dialogue and action for meat eaters that are better for animals, the planet, and human health. The Ethical Meat Handbook is a practical and a philosophical guide for the 21st century omnivore."

From the video description:
"At White Oak Pastures in Bluffton Georgia, farmer Will Harris is helping educate chefs on the important of raising animals the right way. The farm, which has been in Harris' family since 1866, is known for its selection of rabbit, which attracts the attention of chefs like Joe Schafer of Atlanta's Bacchanalia. But how is Harris' farm so different from typical commercial farm operations? For more videos, subscribe to Zagat's channel here: http://goo.gl/AaWZHT"

From the video description:
"In today's Episode we talk to Meredith Leigh author of The Ethical Meat Handbook.  Meredith is an Ex Vegan and in this interview she opens up about her journey fueled by emotional vegan propaganda, political frustration, and empathy for animals."

Interview with Meredith Leigh - A Conversation About Homesteading, Fermenting, and Charcuterie

From the video description:
"We are delighted to have Meredith Leigh on our channel for a open conversation about Homesteading, Fermentation, and Charcuterie."

Related Threads
How to Legally and Ethically Sell Animal Products
Wanting to Try Meat Chickens on Pasture
Free Range Meat Rabbits - Advice Appreciated
How to Kill and Butcher a Goat
If You Can't Afford Organic Meat, You Can't Afford to Raise Your Own?
The World Wants Too Much Unsustainable Yummy Meat - Where's the Ethical Path to Changing That?

Other Books by Meredith Leigh
Pure Charcuterie: The Craft and Poetry of Curing Meats at Home (Homegrown City Life Book 4)