Ideas for a greenhouse build

tonino schafer
Posts: 16
1
posted 2 years ago
Good day everyone,
This is my first time on this site as i was searching online for some ideas so thought i would register and ask

I recently bought this building and am exploring the idea of putting a greenhouse space on the roof instead of putting a normal roof on this building and then building a separate green house on the ground. Hopefully the idea to kill 2 birds (poor birds) with one stone does not end up being a bad idea. a couple notes
1) the dimensions are approximately 15m by 8m
2) the parapit type wall is 875mm tall.
2) the flat part of the existing decking is a massive concrete slab held up by the exterior wall and internal concrete posts
3) initially i just want to get the building dried in as the slab was never meant to be water tight, there was a pitched roof on this building but a fire destroyed most of it so i had to demo that bit... and later i want to use it as a green house.
at first i thought to dry it in with a slightly pitched flat roof and then build two small geo domes on the top, one for a green house area and one for a night time sleeping area with the rest of the roof being a flat deck, then i stared to think (as i am on a tight budget) that if i put down all the wood and plywood for a flat pitched roof over the flat bit all that material cost could perhaps be used to just build some kind of green house over the whole top of the structure.
Well, suggestions from what looks to be a very experienced group

would be greatly appreciated. oh.. i have attached an image so hopefully you can see it. One other important note, I (and the building) are in Lithuania so we do get snow and high winds 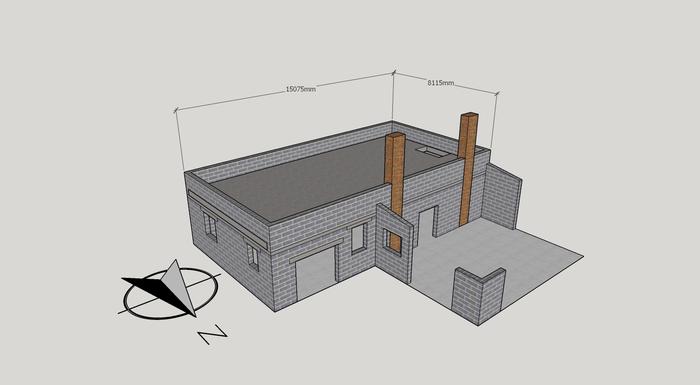 posted 2 years ago
I am not sure the roof slab can support the soil for a complete greenhouse. But a large and light (as in bright) room with plenty of containers (the heavy ones near a wall) could definitely work. It would be a great area to work as well (if you can get stuff up there).

Do you have any ideas what to use as windows? Glass, Polycarbonate, Polyethylene, Ethylene tetrafluoroethylene?
tonino schafer
Posts: 16
1
posted 2 years ago
Hi Sebastian, The roof can support a lot of weight! i dont know the any calcs yet but it is build like a brick $h*1 house

as far as any ideas... no, i do not have any yet, i just know i have a budget of about 4 to 5 thousand euros so my budget is definitely a restriction although i may be able to put a little more in as it will be over a bit of time.
Mike Haasl
steward

I'd think about a pitched triangular roof with a ridge running E/W.  Then think about glazing the south face and insulating the north face.  Unless the sun angles in winter and summer wouldn't work with that idea.  The hope would be to insulate a part of the roof that doesn't let much sun through.  Or have removable insulation.

Ventilation is a big concern.  I've heard suggestions that the ventilation area equal to about 20-30% of your floor area.  So you'd want 24-36 square meters of ventilation area in your case.  It still might be a bit warm for sleeping in the summer...

could i trouble you with an example? perhaps you know of an image or otherwise online you could point me to? I take it you mean just a double pitched roof right off of the retaining walls?
Cheers
Tonino
Mike Haasl
steward 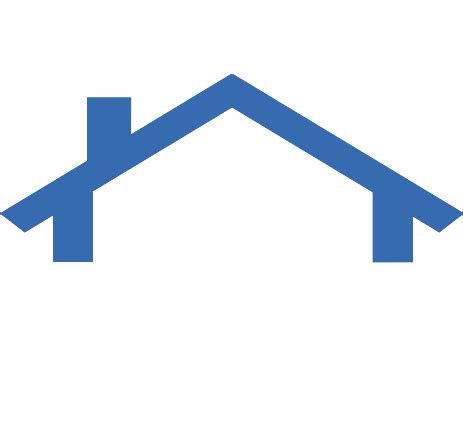 And here's photos of a version with one side insulated (brown roofing) and the other side clear glazing.  The slope is curved and much steeper than you'd likely need but that's the concept. 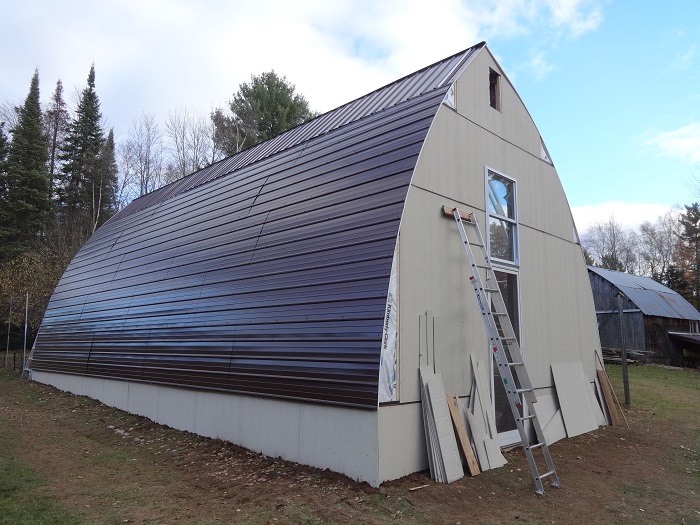 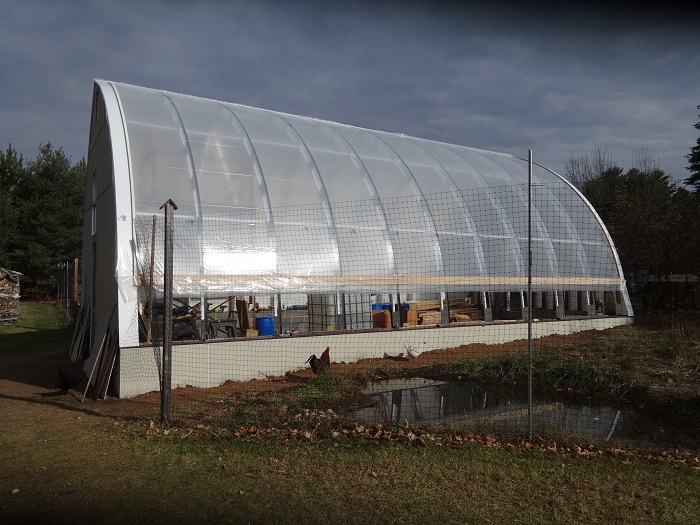 Posts: 3575
Location: Upstate NY, zone 5
224
2
posted 2 years ago
That would be right. I see that the chimneys are on the north side, so they wouldn't shade the greenhouse roof. I might make the north face of the roof slope equal to the winter sun angle, so that all of the floor gets direct sun; the south face could match that angle, or you could extend the north face past the center so that the south face is steeper slope and more perpendicular to winter sun.

Was the original roof trussed or supported completely by the outer walls? What use was the upper floor originally? That would give an idea of its actual strength.
tonino schafer
Posts: 16
1
posted 2 years ago
Wow Mike, i really like the look of that arched roof, wonder how that was constructed, i will definitely look into that... is it what they call a gothic arch?
Hi Glenn, the top floor was was used for lumber storage and it was packed! I will show you the inside when i take a photo tomorrow

posted 2 years ago
Thanks Tonino!  It was built with lots of sweat and tears.  Here's a short post on it: Mike's passive solar greenhouse build

I think it would be called a gothic arch.  In this case it's not symmetrical due to sun angles at my location.

tonino schafer
Posts: 16
1
posted 2 years ago
hi guys,
well, i found out that i cannot build up as high as i want so i just need to get a roof on this building and get it dried in. Hopefully someone can help who has a bit of roof experience, mostly i am wondering if this will hold, if i went to light or to heavy... i have attached a sketchup for those that have it

posted 2 years ago
Can you post a screen shot?

Here are a few pictures. all the material is 45mm x 95mm as drawn except for the batons in the third photo which are 45mm x 45mm. In the first picture the uprights are 2000mm spaced center to center and the rows are equally spaced across the 7600mm gap. In the second photo the truss boards are spaced 600mm on center. In the third the baton boards are also spaced 600mm on center. And finally in the fourth picture there are 100No. 900mm x 200mm corrugated panels. 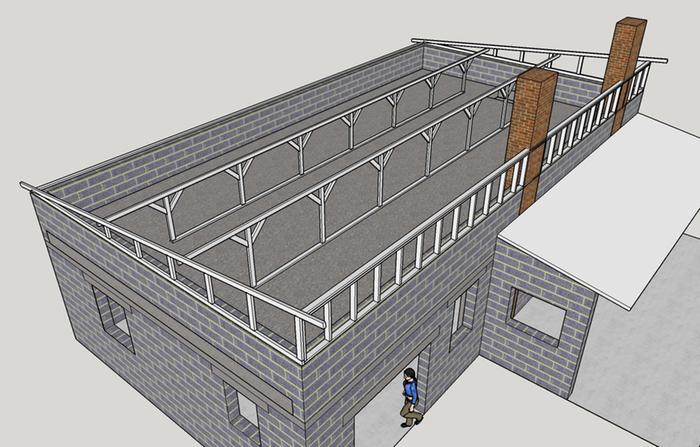 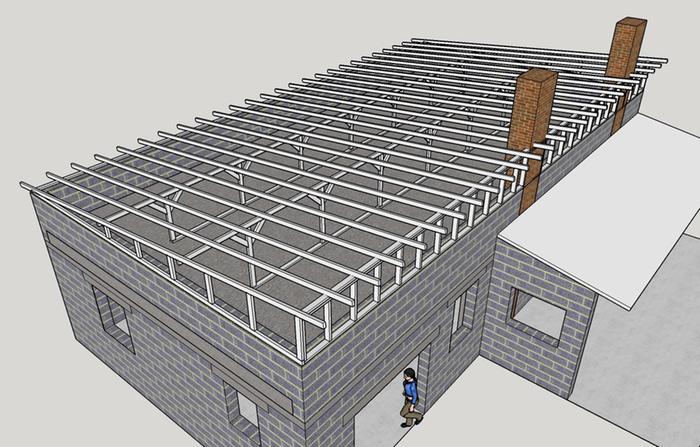 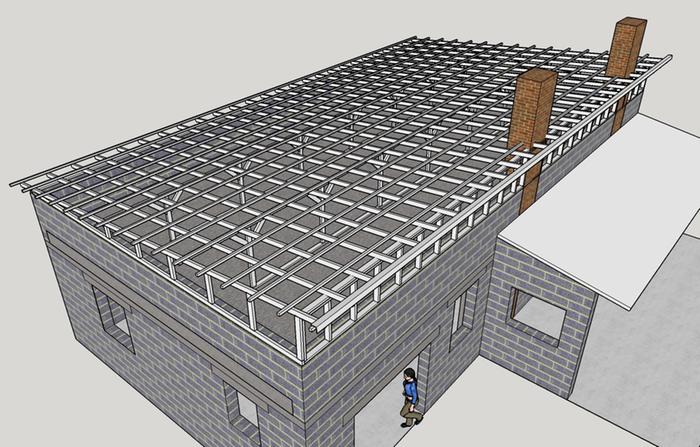 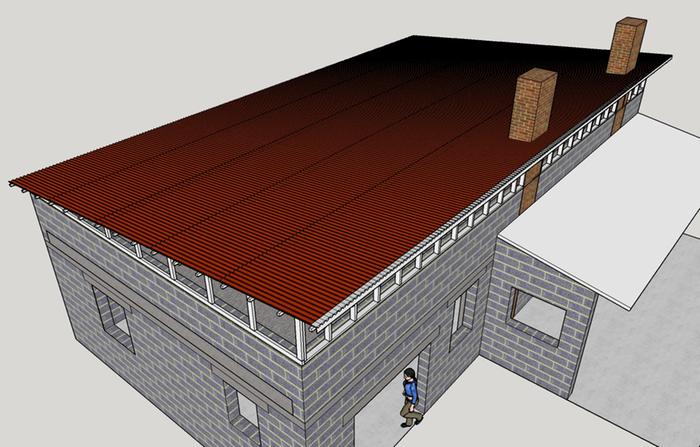 posted 2 years ago
Thanks for the pictures!  How much snow do you get in your part of Lithuania?  Would those corrugated panels be clear (greenhouse) or opaque for a normal roof?

tonino schafer
Posts: 16
1
posted 2 years ago
Hiya, no, thank you for your time in replying

we have not had a huge deal of snow over the 7 years i have been here, this year was actually the most with about 10cm over a few days but then melting, we are near the baltic sea here which keeps the snow form building up. The panels will be opaque for a normal roof, i be building a greenhouse at ground level after i get this roof dried in so i can use the space below. a couple more pics 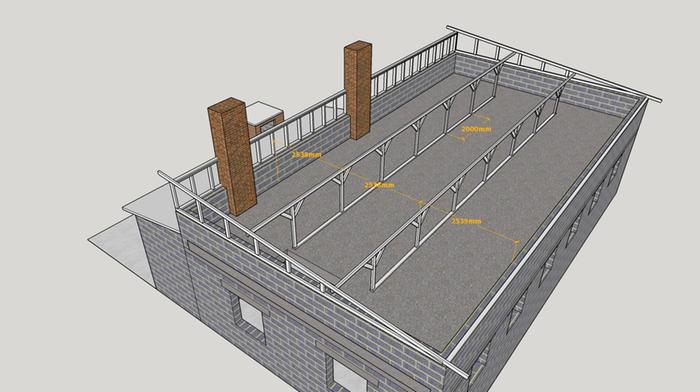 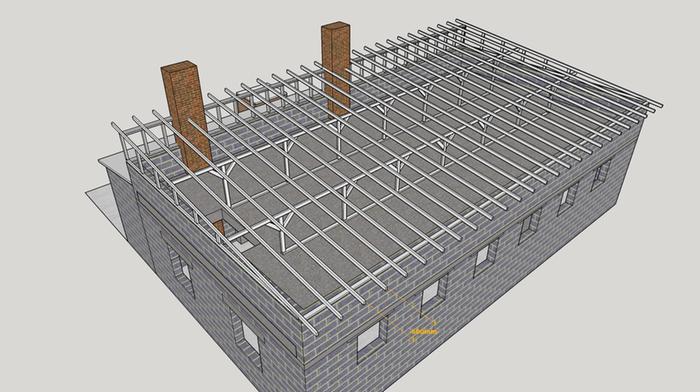 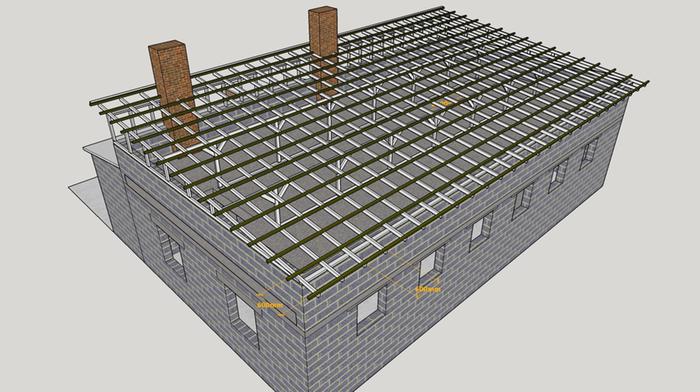 posted 2 years ago
I believe that would be plenty strong for 10 cm of snow.  I am guessing that the roofing material has specifications for how far apart the battens need to be and that they should be across the slope of the roof (as you have them).  Have you considered running the main support beams the other direction and then putting the truss boards across the face of the roof?  Then you might not need the battens at all.

The only other things that jump to mind is to be sure you have enough support on the downhill side of the chimneys and where the main beams touch the outside wall.  Currently those boards are just floating in space and not supported (per the drawing).

tonino schafer
Posts: 16
1
posted 2 years ago
yes, i will check when i purchase the roofing material on the batten spacing. I have considered running the main supports the other way and am working on a second drawing to try and see if it would be a big savings in timber, currently the design above calls for about 2.5 m³ and i will post pics of the alternative one when i finish it but will also consider how the upright supports will restrict internal storage space on the high side and i dont thinkg there will be a substantial savings in wood but will check

yea, i will add timber around the chimneys, was just saving time in case someone mentioned that my design was complete rubbish and i had to start over lol
Mike Haasl
steward

It's not rubbish but I know what you mean

tonino schafer
Posts: 16
1
posted 2 years ago
now i am toying with doing a truss like this but i am at 3.36 m cubed for lumber (as i will still need battens) and there will be additional hardware for trusses.... i'm a confused wreck over this roof i needed to get done yesterday lol
ROOF-06.jpg

Posts: 3575
Location: Upstate NY, zone 5
224
2
posted 2 years ago
You said you have height limits; how high above the sidewalls are you allowed to build the peak of the roof? If you can have a truss like the one you show, I think you could easily make a greenhouse roof (or a solid roof) that would give good headroom in most of the space. If using two rows of support posts as your earlier drawings showed, you could make simple rafters from sidewalls to posts (which would be at full headroom), and small simple trusses between the post rows, giving continuous roof slopes and full headroom for the whole center aisle.
tonino schafer
Posts: 16
1
posted 2 years ago
I need to stay below 2500 from the top of the wall. The last picture i posted would put me at 2488 before final roof material and what i am posting below was my original idea but it is too tall and already does not reach from the left (chimney side) to the right which if it did i assume would need to be taller yet.
ROOF-07.jpg 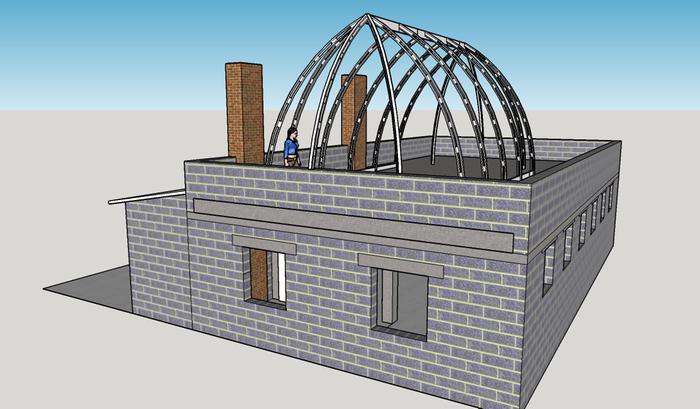 tonino schafer
Posts: 16
1
posted 2 years ago
in the drawing below are two things, the top truss is a variant that would save material if fit for purpose and the below that i drew what i thought you were talking about
ROOF-08.jpg 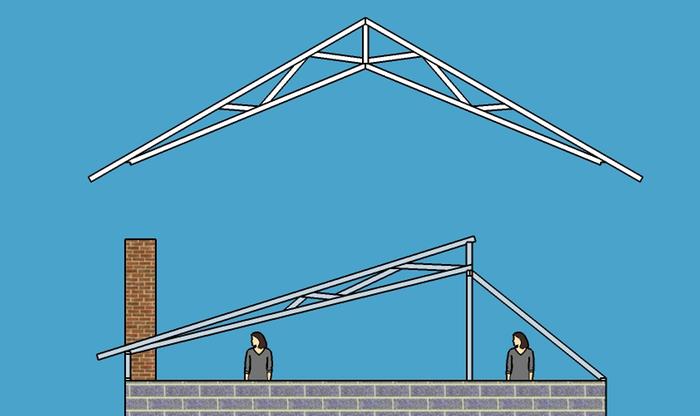 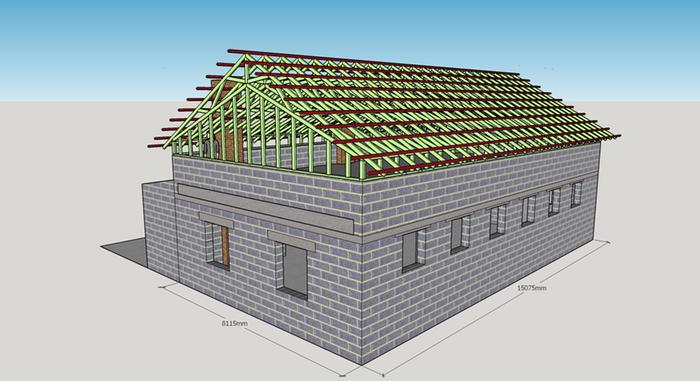 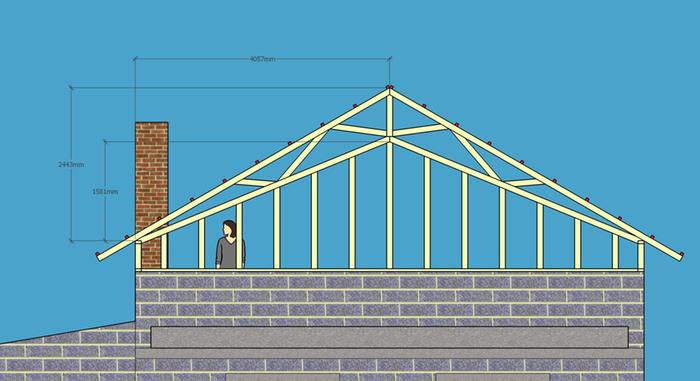 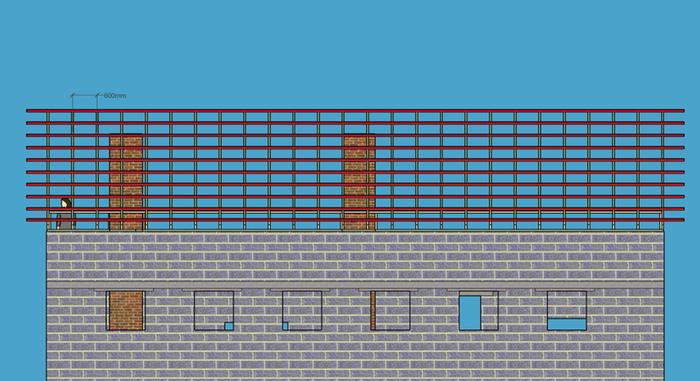 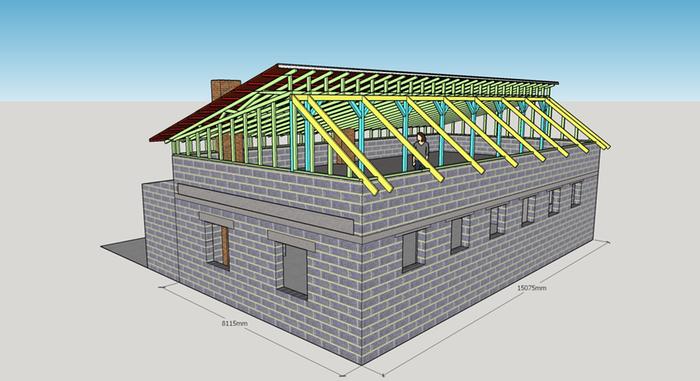 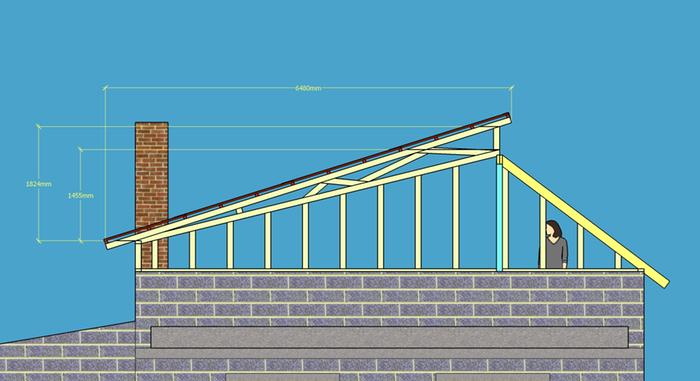 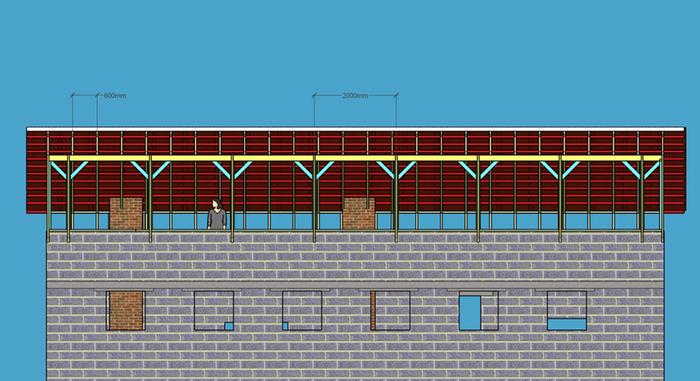 posted 2 years ago
Ooooh, I vote for the roof with greenhouse.  Then you could, if you want, put a wall down the line of posts and separate the greenhouse from the living area.  And you can put vents up high in the vertical transition between the two roofs.

Mike Jay Haasl wrote:Ooooh, I vote for the roof with greenhouse.  Then you could, if you want, put a wall down the line of posts and separate the greenhouse from the living area.  And you can put vents up high in the vertical transition between the two roofs.


Well, I’m on my way. Actually got the other end and bottom of the roof done after the video. I will be putting a wall down the middle as well :)

Question for you... what can I grow in winter here with mostly overcast? Cheers 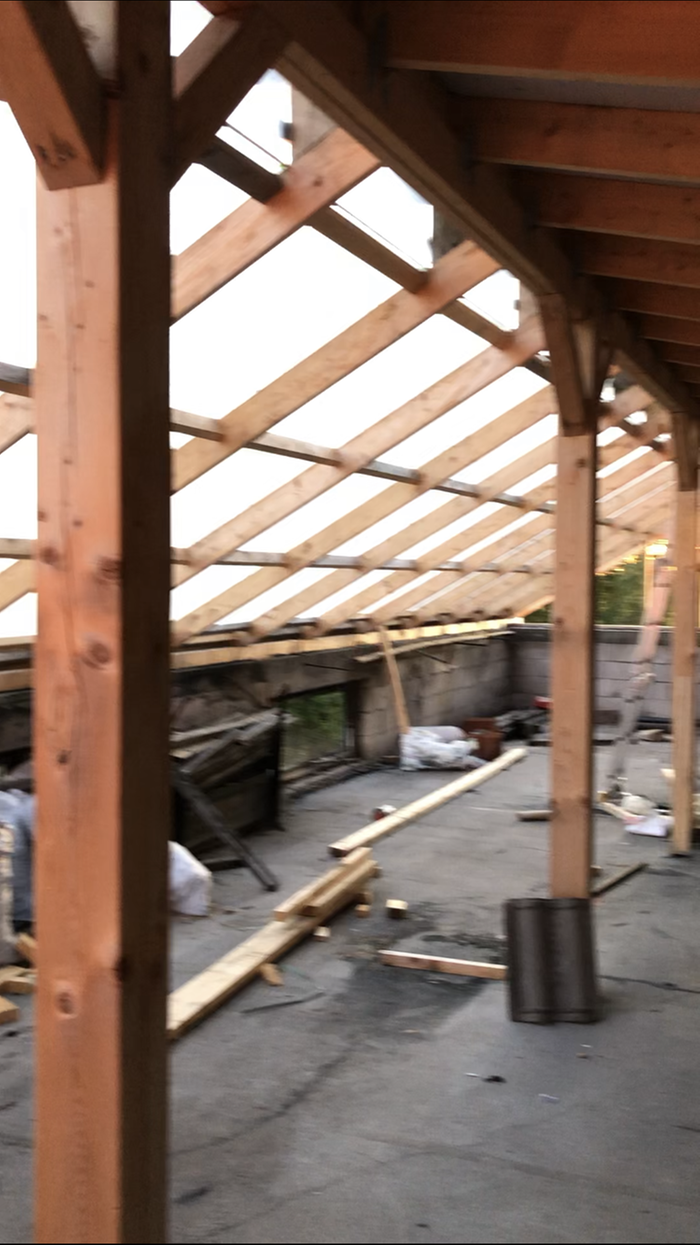 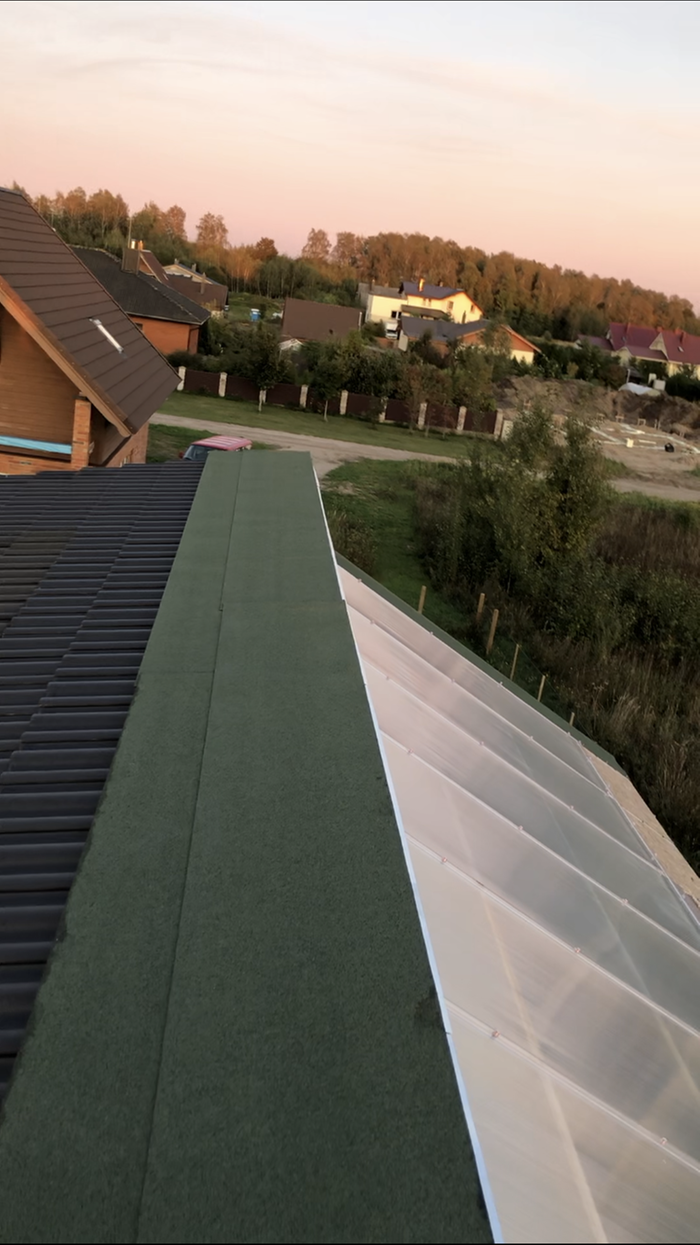 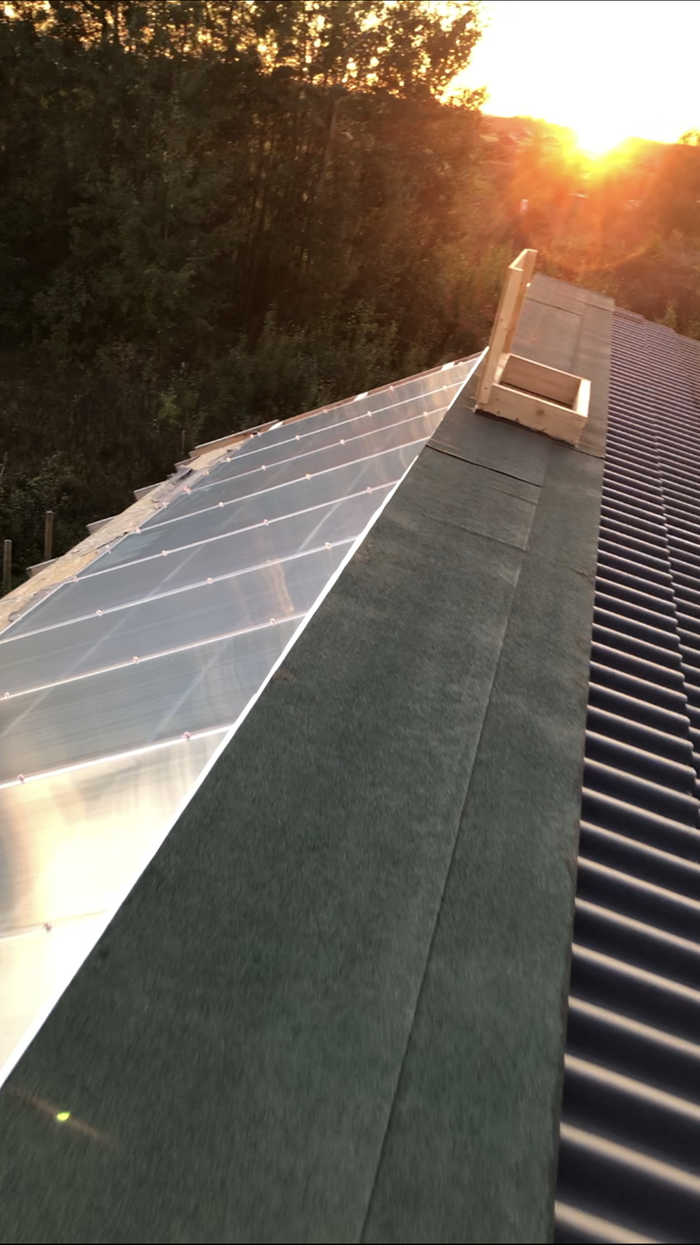 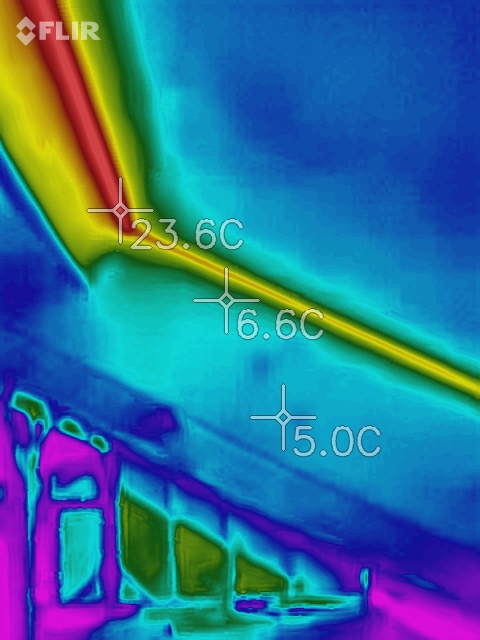 posted 1 year ago
You may get more responses if you start a new thread.  I'm thinking it depends on the nighttime temperatures in the greenhouse.  Cool season vegetables may do just fine (kale, salad, cabbage, beets).  If it stays warmer you might be able to get fruits or flowers to grow.  Perennial plants may also like it in there (lemons, figs, bananas).  Once you know your winter minimum temps you can look at what grows in whichever part of the world gets that cold.

Beautiful build by the way!!!

tonino schafer
Posts: 16
1
posted 1 year ago
Cheers for that, will get a bit of a post together and do that. Have a good en