posted 1 year ago
My wife and I have an old & overweight cat. He’s 14, and I’m unsure where he’s tipping the scales. He also has a bum knee, and can’t jump anymore. Years ago, he tried to jump onto the bed and fell, so we got some small steps so he can get onto the bed and back to the floor easily. The bed is taller than the couch, and maybe a year and a half or so ago he became reluctant to jump onto the couch, so we’ve been picking him up and placing on the couch when he wants.

Today is a quiet sunday, so I made some steps for him this afternoon so he can get on the couch when he wants to, which is usually right after I sit down and get comfy. I should have done this long ago, but the second best time to do something is always today. I thought I would share the design and how I made them so other folks who may have an old cat or dog having difficulty getting onto a bed or couch can provide some independence for them.

I have some leftover 1x8 cedar from building a home, and it looked like it would make nice steps. Using a square, I made stair stringers with a 5 inch rise and 6 inch run. Stringers are easy to make using the ruler markings on a square to mark the rise & run of a step. I used a jigsaw to cut the stringers and a circular saw to rip another piece of cedar to 6-1/4 inches wide for stair treads. I made the three treads 18 inches long as I thought that would be wide enough to provide a nice stable set of steps. I used some trim screws to attach the treads to the stringers forming the steps. Now I needed some little kick-stand legs to hold them steps up, and I used the strip that I ripped off of the board that I used to make the treads from earlier. I placed my framing square on the bottom and back of the stringers so I knew where the floor level would be, and using that as a guide marked & cut the legs. Using some 1-1/2 inch pan head wood screws I attached the kick stand legs and two small blocks to act as stops to the legs stay put when the steps are in use. The legs will fold back in under the treads if I need to put them up somewhere and have them take up less space. I think they turned out nice.
IMG_20190512_121443386_HDR.jpg 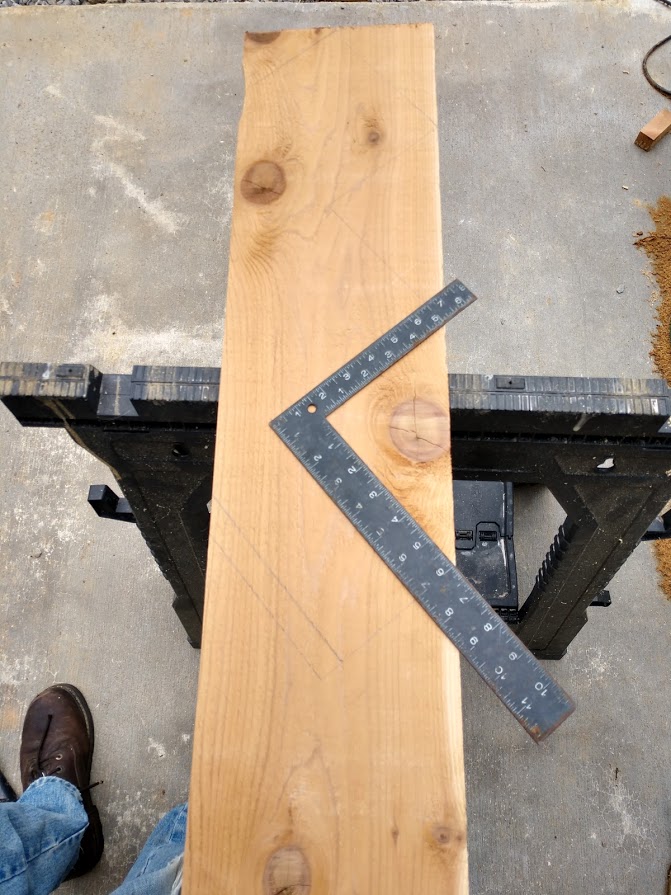 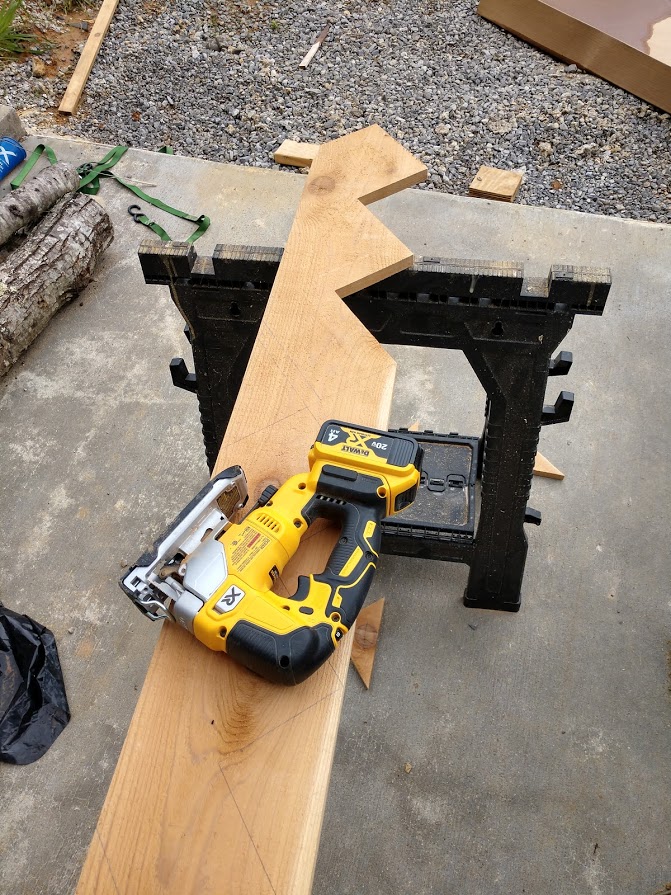 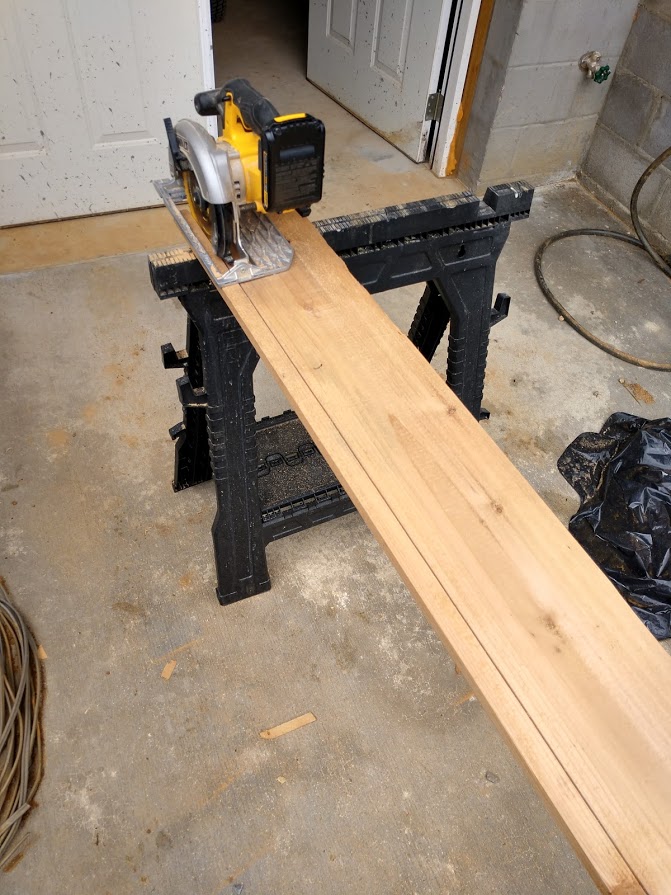 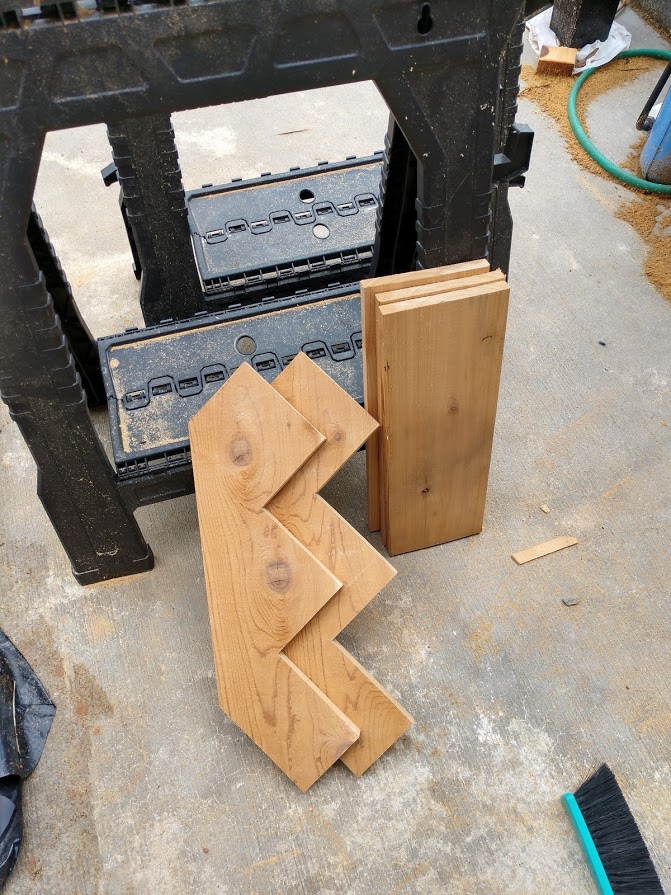 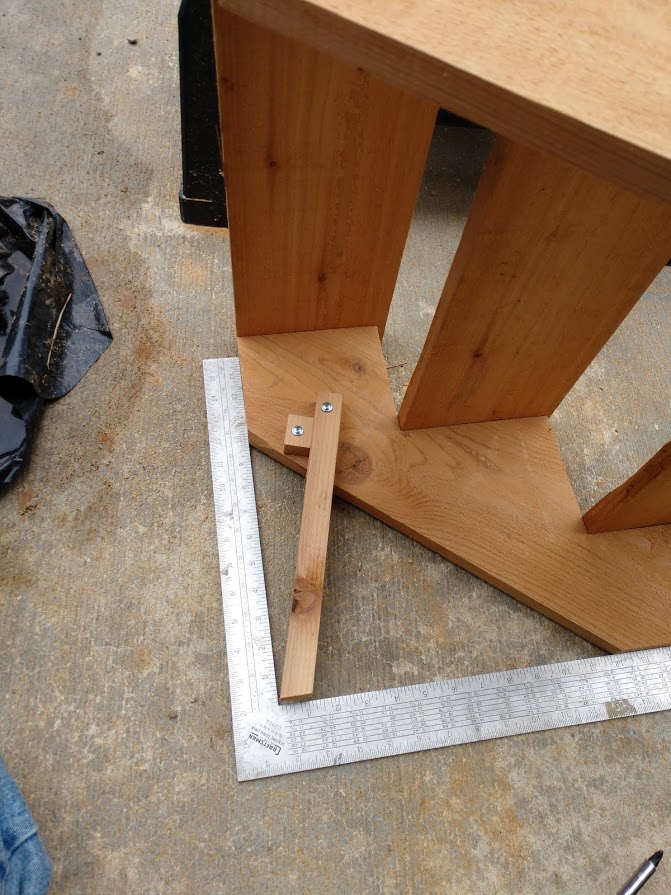 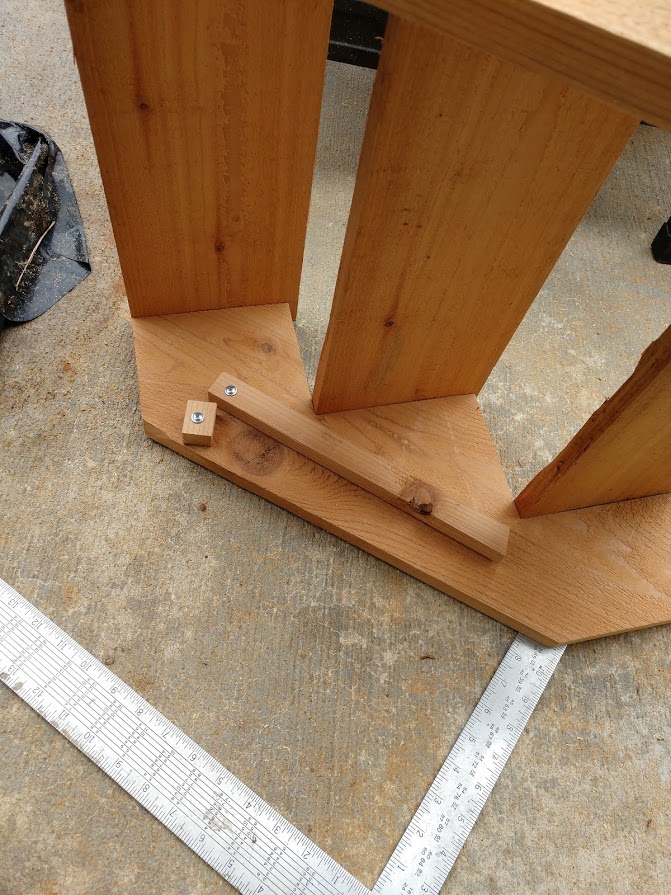 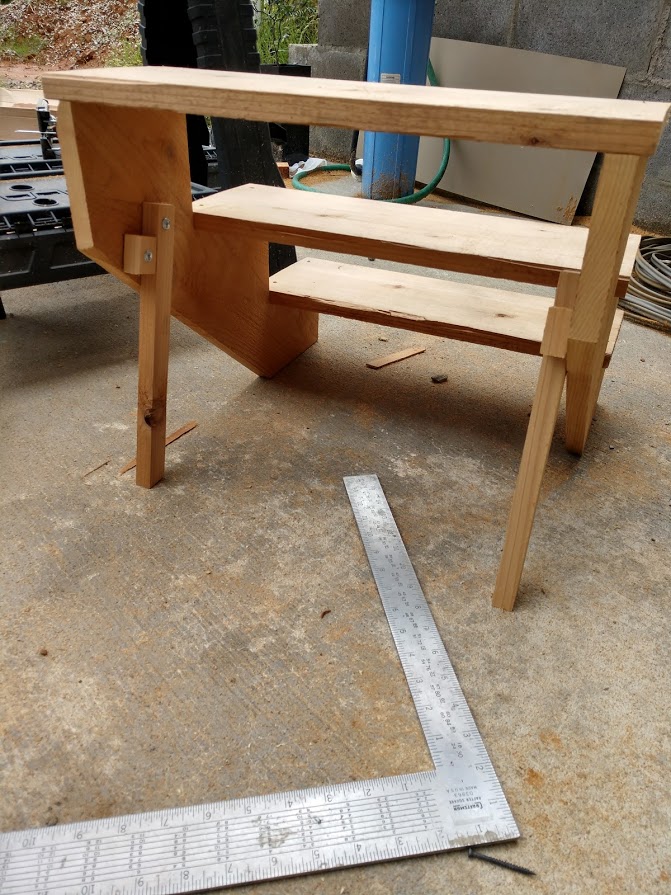 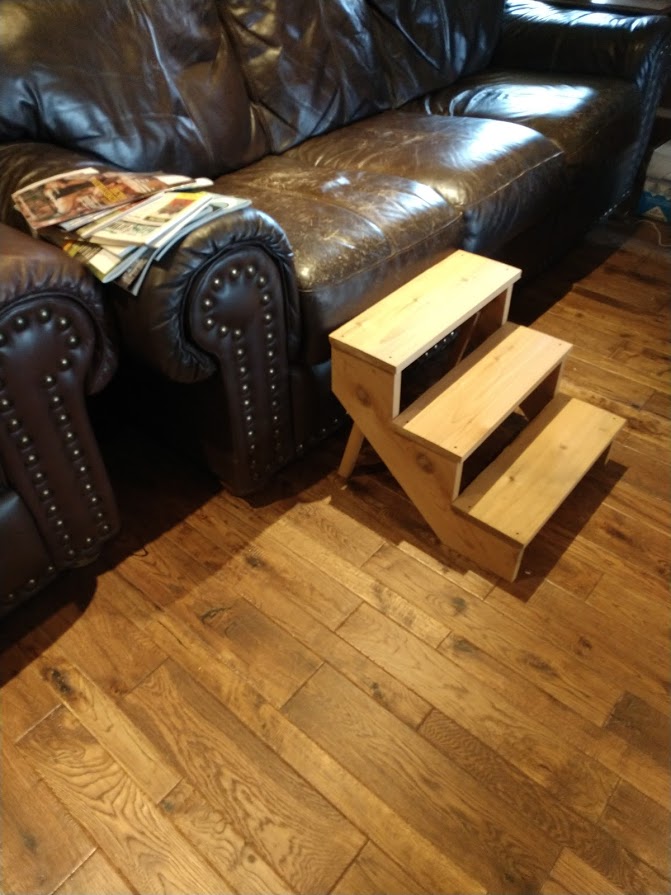 posted 1 year ago
This should appeal on grounds of thrift as well as aesthetics and using mostly natural materials.  If a person types "pet steps" into Google and looks at the recommended "Order! Buy! Consume!" products that appear in the little horizontal strip, your steps replace products -- universally made from petroleum/plastic -- priced between $25 and $45, before shipping/tax.  Good work!

Sue Monroe
Posts: 52
3
posted 1 year ago
A simple, stable ramp with some indoor/outdoor carpeting stapled to it works well, too.