Ei Murphy
Posts: 1
Location: NH
posted 1 year ago
I built a tiny house on a 7.5' x 14' dual-axle trailer rated for 7000 lbs. To get a little more square footage inside, I built the walls out 6" from the edges of the trailer. The house is 8.5' wide x 15' long. The peak of the roof is 13' 4". The trailer bed is about 30" off the ground. The house sits on the bed, entirely above the wheels. Trailer is handmade, heavy duty steel and in good condition.

From the photos below, can anyone give me their opinion on whether this is safe to take on the road? I have a buyer 3 hours away who is having "a friend with a pickup" tow it off my land. I don't have any personal experience with towing trailers.

Other tidbits:
- 2 of the 4 tires are dry-rotted and will be replaced prior to the trip
- Brake lights will be moved closer to the back wall of the house
- trailer has brakes
- 2-5/16" ball hitch 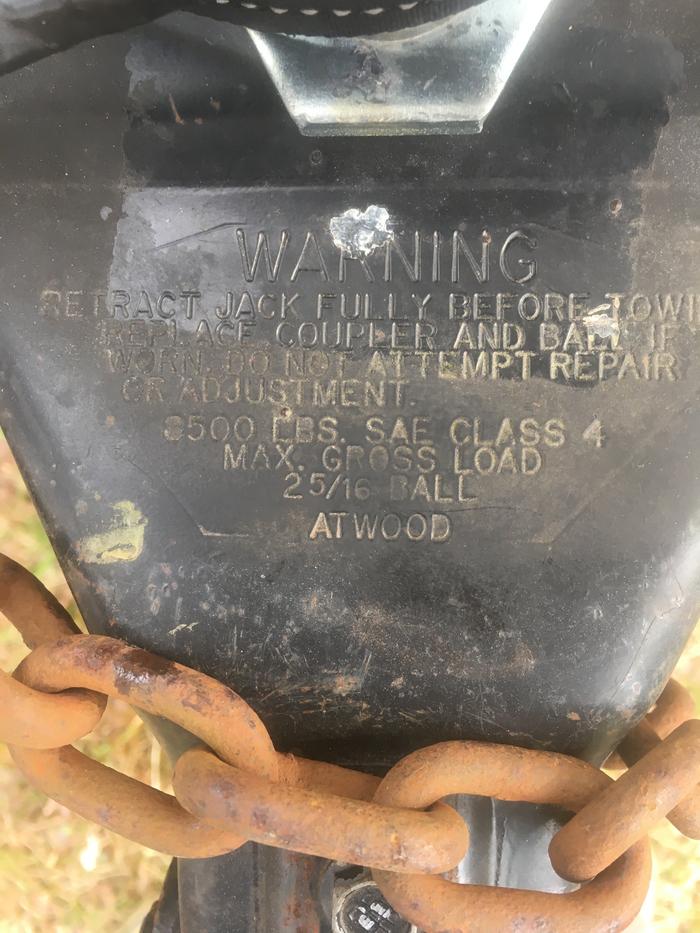 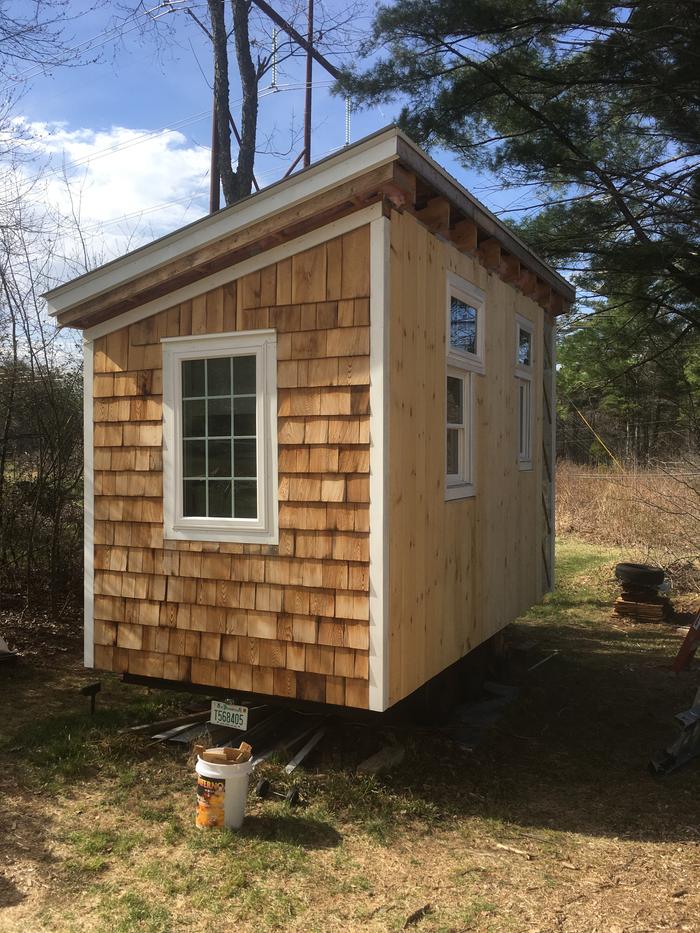 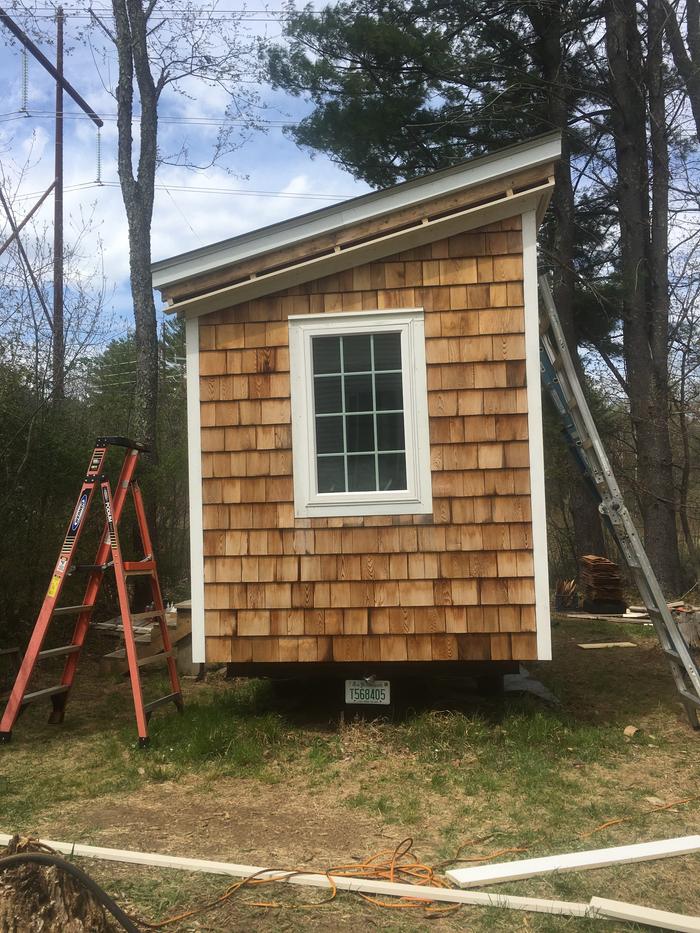 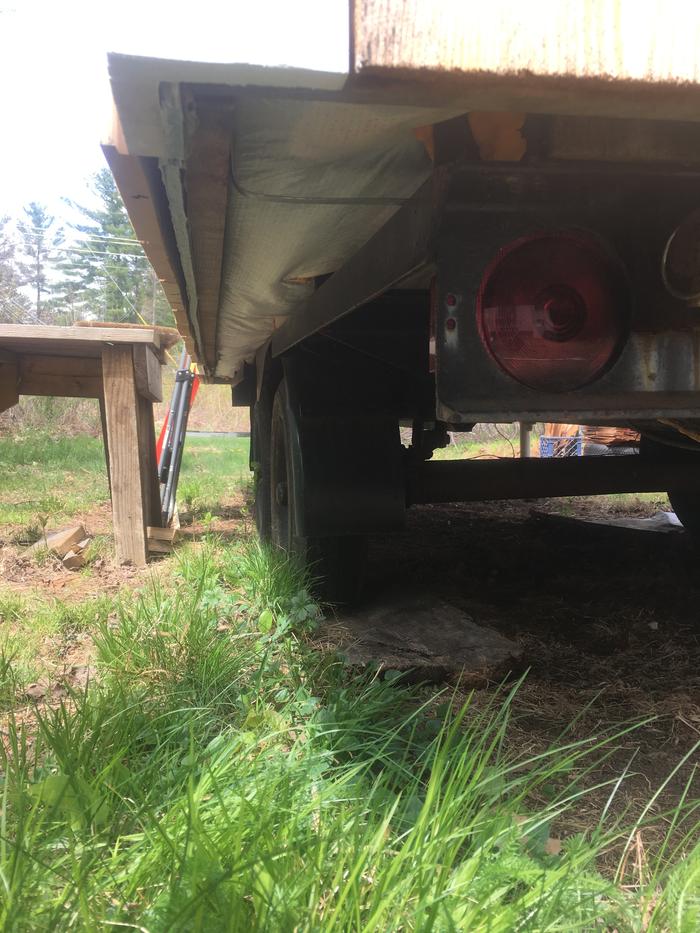 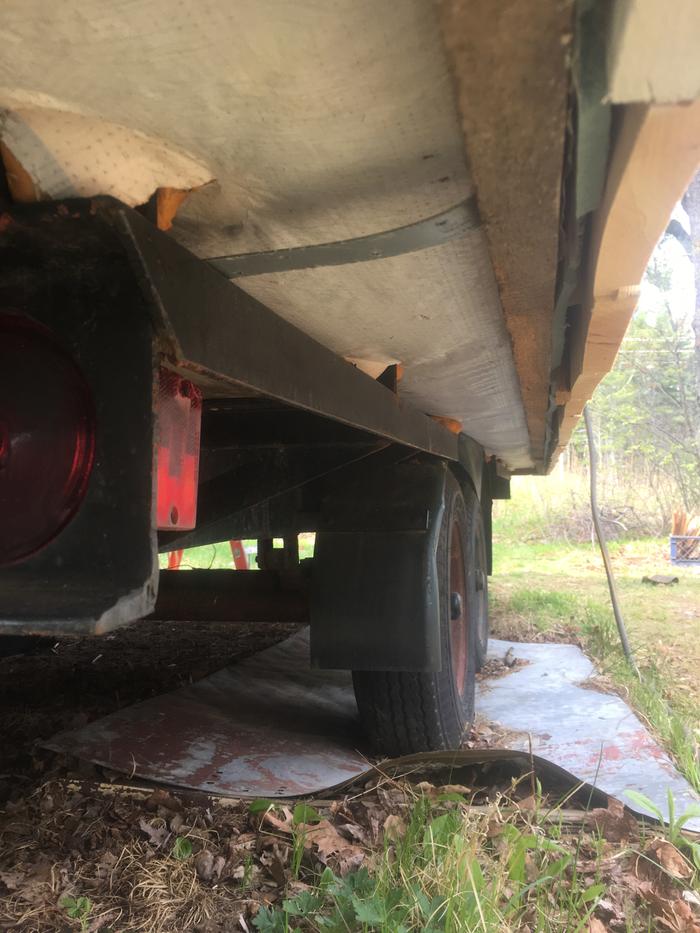 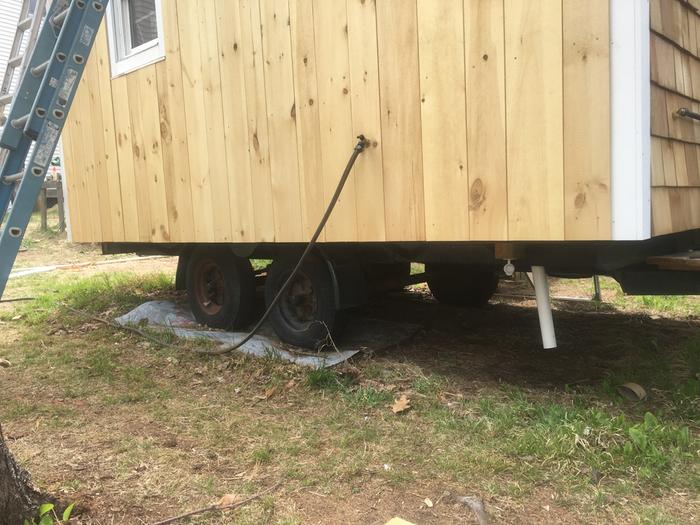 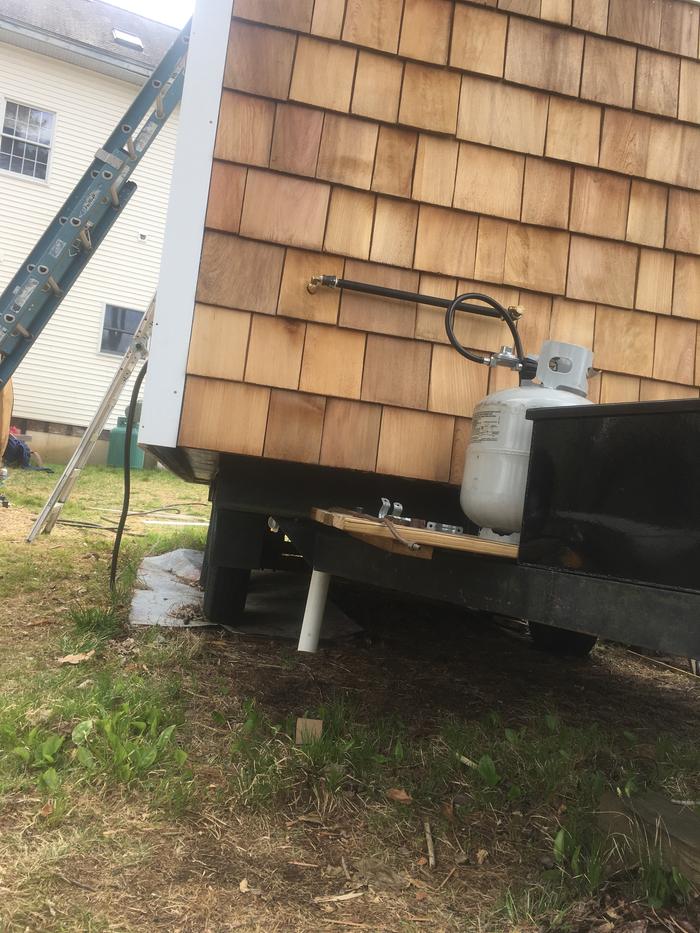 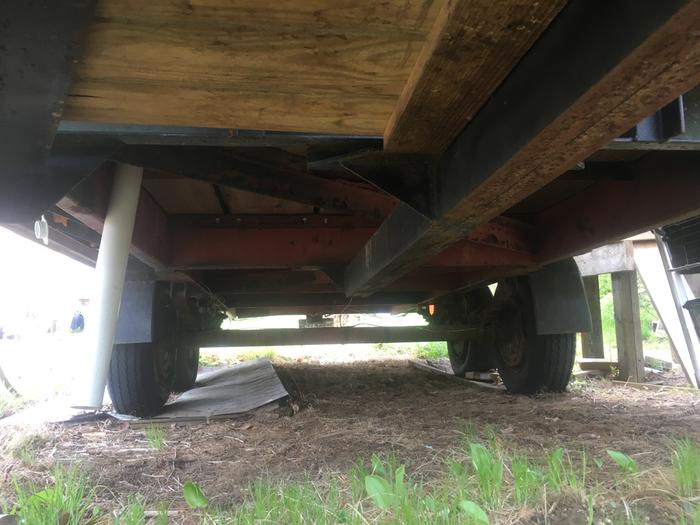 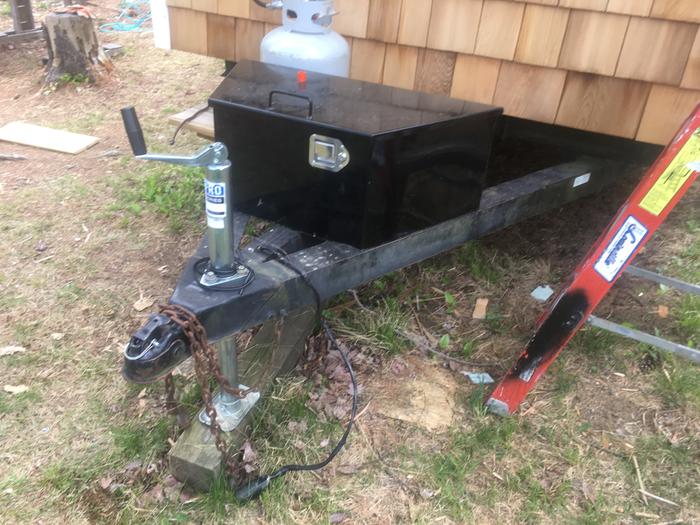 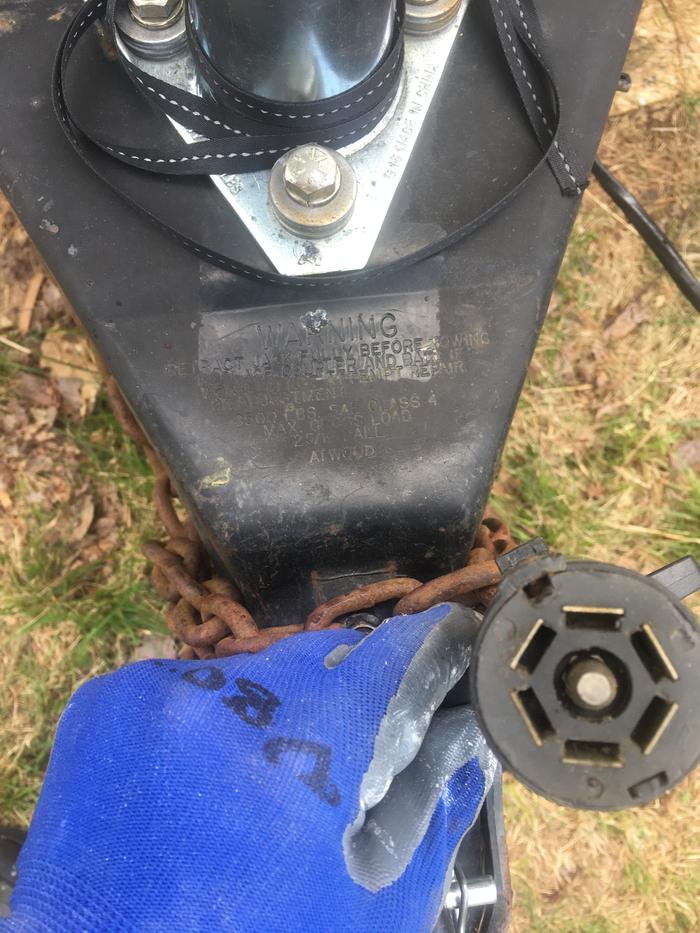 paul salvaterra
Posts: 83
1
posted 1 year ago
It will likely make it  but that is a big and awkward  load.. cross wind gusts  might be a big issue., I would pack  a spare tire, jacks, and someone to follow and watch.   40 miles per hour is all I would do.

Remember you height measurement and/or the gut who measured the overpass may be different.

posted 1 year ago
How is the house held down to the trailer?  Be sure that if its driven over some bumps that the house doesn't lift off the trailer and shift around on you.

posted 1 year ago
That looks like one downhill turn while braking from a bad day, looks very topheavy based on the roof framing. I would recommend a road test with some tight turns at a low speed to see what it would take.

Mike Haasl wrote:How is the house held down to the trailer?  Be sure that if its driven over some bumps that the house doesn't lift off the trailer and shift around on you.

This is what I am worried about too, looking at those pics.


At the front I have a short overhang; I structural-screwed up from the bottom into each 2x8 floor joist, through a larger angle steel peice pressed against the trailer, which was then bolted to said trailer body. There is a similar but more complicated arrangment at the rear to handle the beavertail.

Towing my house, I hit sudden strong crosswinds, at the top of a long, steep hill with a curve onto a bridge at the bottom. I had been driving slow, the accel from the downhill was much more than I expected.

I used both lanes and both shoulders as I tried to get it under control, and the fact that nobody was passing me right then is the best piece of luck I have ever had.

It took forever to get it stopped, long enough that I gave up hoping to come out intact and was simply shooting for 'slow down enough to survive the crash'... but in the end I got her stopped just before the curve and the bridge.


The house survived without a scratch, no apparent damage to the retention hardware.. which definitely does not seem like overkill any more..

The other thing I would worry about is it being more prone to flipping, with the wheels set back from the edge...

Rufus Laggren
pollinator
Posts: 1233
Location: Chicago/San Francisco
186
posted 1 year ago
That looks like it could be a very dangerous proposition without much preparation, possible retrofitting and extreme care.

Previous posts have mentioned some potential problems.  IF the basic trailer is really sound AND sufficient (rated for the actual weight), then it may be possible to do necessary upgrades and make it, if not safe, at least not automatically deadly.
1- The first care is whether the trailer is sound.
2- The second is whether it is built to carry the weight - which means finding the weight, at least a _good_ ballpark.
3- The third issue is where the weight is located relative to the wheels - at least 10% (preferably 15%) of the weight needs to appear at the tongue, to be carried by the hitch of the tow vehicle or the trailer will not be a stable tow. It will try to fishtail all over (and off) the road.
4- The fourth need is a heavy tow vehicle. An 7000# duelly would be the most   commonly available good tow vehicle. A full size 1-ton on single wheels might do it if the trailer is not too heavy. Again, the weight question.

People have been doing risky things forever. Nobody's going to stop you or anybody else from carrying on. You may want to ask yourself, after you have thought, carefully and honestly, about the risks you can see, and those you don't know about because you don't have data and/or are not knowledgeable enough to know, what makes it worth it - as opposed to taking 3-4 months and $$$ to ensure the trailer and structure are fully up to road service.  When considering risks, ask yourself where you stand (assuming you sell it all proper and it goes out the gate as you wave goodby) if a mile down the road the law starts to pull it over and it can't stop and goes out of control and maims a little girl for life. What will be the attitude of the DA and the personal injury lawyers toward yourself? Not to speak of the family of the girl who may have their own ideas. That is a worst case scenario, but it's conceivable, looking at the trailer as pictured. What is that risk and all the lesser surprise possibilities worth? How does your answer balance against what it takes to have experienced persons check carefully in person and do what's needed to make it as safe as possible?

Shit happens. Big Shit happens. But then, you might luck out. Maybe. I've heard that  outback Aussies will tow a double-wide on one wheel and a dolly with a Subaru. But that's different type of person in a different place.  You're here and the fact you're asking means you're not any kind of Aussie. And you have the local officials to answer to.