How to Turn Almost Any Fall Vegetable Into a Soup

posted 10 months ago
I love soup almost any time of year, especially when the weather starts getting cooler.

So if you are harvesting a lot of veggies due to frost making soup just makes sense.

Vegetable soup can be made from squash, beets, carrots, potatoes, peppers, onions, or just throw in any other vegetables you have. 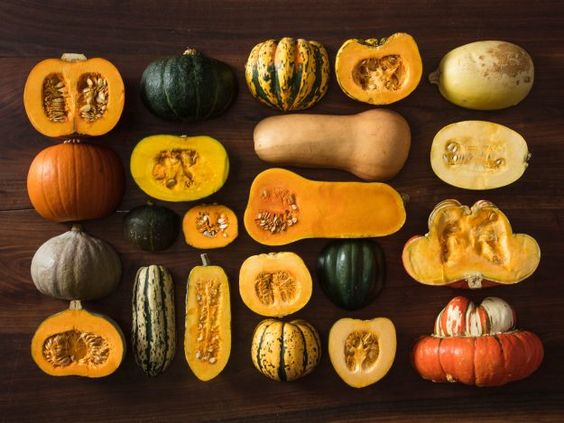 
How to Turn Almost Any Fall Vegetable Into a Soup


1. Toss the vegetables of your choice with olive oil or butter, and spread out in a single layer on a roasting pan. Sprinkle with salt, pepper, garlic, and a combination of fresh and dried herbs. Roast in a preheated oven (about 425°F, 220 degrees C) for 20 to 30 minutes, until vegetables are cooked through and golden brown.

2. Blend the hot roasted vegetables with vegetable or chicken stock. You can do this in batches in your blender (be sure you don't over-fill!) or in a large pot with an immersion blender.

3. After blending, return the soup to a large pot on the stovetop. Add milk or cream to thicken. Bring to a simmer, and cook 5 to 7 minutes before serving. At this point, go ahead and add in your flavorful mix-ins. 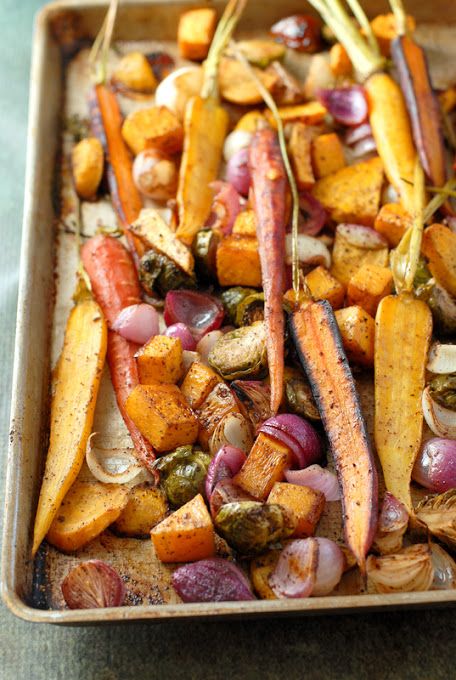 
Stir in pesto or hummus for a Mediterranean twist. Garnish with fresh sage, rosemary, or parsley, freshly cracked black pepper, toasted pepitas, a dollop of Greek yogurt — the possibilities really are endlessly customizable. 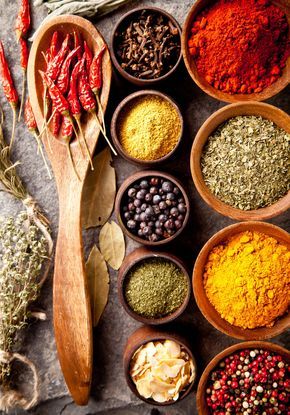 
What are your favorite combinations for fall vegetable soup? 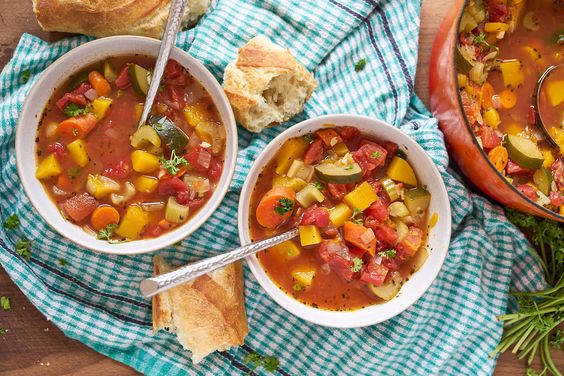 
For your pleasure here are some soup recipes:

Douglas Alpenstock
pollinator
Posts: 1645
Location: Canadian Prairies - Zone 3b
428
posted 10 months ago
We roast veggies (big flavour!) but I never thought of roasting them for soup. Thanks!
Anita Martin
gardener

posted 10 months ago
Same here: never roasted the veggies for a soup, but sounds delicious.

In fall I love "Kürbissuppe" (pumpkin soup) made with ginger, curry, coconut and similar.
I have learned today that what we call Hokkaido in German is called Kuri in the US and that the idea of making a savoury soup out of it is rather a novelty. The blogger wrote that the first time she ate such a soup that was not sweetened was here in Germany.
Here it is the other way round, those big Halloween pumpkins appeared only when young people brought the Halloween thing up in Germany in the late 1980s. The surrounding recipes of making a (sweet) pie or pickling the pumpkin sounded really weird.

The kind of squash you get most easily, organic and all, is the Kuri. The climate is too cold for a good crop of butternut or similar (although you see different varieties, above all from hobby gardeners). I really love the pumpkin soup - if only my children ate it! I will make a batch the next time I visit my father, he loves it as well!

posted 10 months ago
We're big fans of roasting veg and immersion blending it. We tend to use enamelled cast-iron dutch ovens for the roasting, though, so if we're motivated enough to peel what doesn't have at least a nominally scoopable rind (when we're lazy, we halve, seed, and gut squash, then put onions and garlic to roast in the empty seed cavity; I guess that's our version of lazy), we are left with a nice one-pot meal that yields several days of lunches.

I sometimes like to make them like dilute curries, leaving texture to the blend, rather than blending and straining for a more refined presentation. We have yet to take any of our favourite indian dishes and make a soup inspired by it, but I could see saag paneer soup working very well (a spinach and unripened cheese dish), or lamb korma soup, for that matter. Or how about a butternut butter chicken soup?

Sorry, I have to stop. My drool is at risk of shorting my keyboard.

Okay, all better. But veg is really easy this way. It's like permaculture, or systems design. What functions are being filled by the veg in question? How is the spice palate being chosen to offset or otherwise complement them? If substitutions are made for individual variables, what will each change do to the taste, and what does that mean for the level of spice required, or the specific spice palate choice altogether?

And yes, as long as the relative densities aren't too dissimilar, I love how you can break it all down on a parchment papered sheetpan or into a dutch oven, roast until some elements are caramelised, and then blend it into deliciousness.

As to autumn produce, however, don't forget mushrooms. Some, like the chanterelle, whose flavours are most mobile in fats, are best soaked in cream of some kind which is then used in the soup along with the fresh or rehydrated mushrooms.

For a chanterelle and/or wild mushroom soup, I typically buy two pounds of whatever is available and will stand up well in a soup as texture and body. Creminis are great for this. If I am working with dried wild mushrooms or chanterelles, I rehydrate first, covering several times with just enough water, and using the last of the water, adding heavy cream to soak them in, sometimes with a good white wine, brandy, or cognac. If I am showcasing the mushrooms, I will go with a veggie broth. I have never done this with a mushroom broth, and I have also been meaning to try it with coconut cream, for a good vegan creme of wild mushroom.

And one observation I will leave from my much better half: you don't always have to blend them into oblivion. Also, sometimes, two soups with identical ingredients can present completely differently depending on what, if anything, is reserved for texural elements.

And from me, don't forget cheese. I love a good garlicky butternut soup with chicken or veggie broth and coconut cream, spiced with garam masala, cinnamon, turmeric, ginger, and just a touch of cayenne, pepper and salt to taste, but I generally only salt a little. Top that with a thin slice or three of brie, and you're golden.

For me, roasted veg soups were like when I discovered green smoothies, which I promptly turned black, with 5 oz of spinach and a cup of frozen blueberries in almond milk (I was unaware at the time of the environmental issues with almond agriculture, and my potential allergenic sensitivity to it); it was a new, easily adopted way to consume way more veg in a delicious way than I had known before. And for us, it also fits quite nicely with the "make big meals" approach to time-saving with food prep. We never lack for fast, delicious, and healthy lunches when we make soup. I literally salivate half the day until lunch in anticipation. I lose more keyboards that way.

Lovely ideas here, by the way. If one needs inspiration, one of my favourites is The Soup Bible by Debra Mayhew. I think that's the one with the African Sweet Potato and Peanut Soup I love. Which reminds me, my addition to the flavourful mix-ins has got to be peanut butter, possibly with sriracha, if the context works. If my veg needs more roasty brownness than the veg provided, I like to use cocoa powder, sometimes a fattier red one mixed with a darker one. Unsweetened, no quik powder here, people.

But keep up the good replies. I love to discover new soups! Good luck, and keep us posted!

Chris said But keep up the good replies. I love to discover new soups!


Anita said I have learned today that what we call Hokkaido in German is called Kuri in the US and that the idea of making a savoury soup out of it is rather a novelty.

Thanks, everyone for sharing.  I love learning about new foods and what everyone likes.