how to fill in a mile long trench

posted 2 days ago
I'm putting a water project in on the farm. It's got to be buried 2 ft deep. I'm going to rent a ditcher. One of my rental ditcher options will make the trench four and a half to five inches wid,e the other is six inches wide. How do I fill in the ditch after I've laid the pipe? With a shovel, or a hoe? So I just have to walk the whole mile and then step on top of it after I filled it? The ditch is through tall native grasses like little blue stem. Is this going to be a problem either for the ditcher or for refilling? I'm going to rent a ride on ditcher. Obviously I have no idea what I'm doing so any practical advice is welcome.

posted 2 days ago
The ditcher should have a little blade on the front for pushing the dirt in the ditch for a project that size. Word to the wise: if you are unfamiliar with trenching it is generally a good idea to go the direction where the soil is placed on the uphill side of a slope for easy filling.

posted 2 days ago
Hi Denise;
Most ditching machines have a small blade on them to push in the dirt when your done.
After that then... yup walk along with a square blade shovel and scrape the dirt into a mound and walk on it.
It will still slump in over next winter. 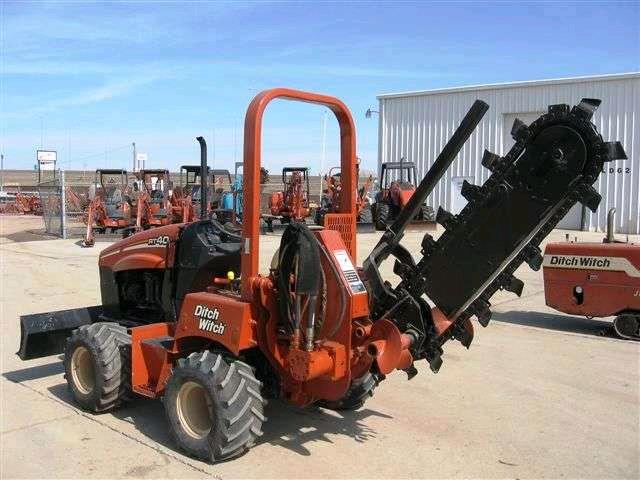 Just a thought, maybe mow the path first so the grass doesn’t hang up the refill operation.

With a mile of trench to fill back in, personally might be tempted to beg, buy, borrow or steal a tractor with an angled blade so you can travel along that long mound and scrape it back into the trench.  After it gets scraped back on the trench, maybe run over the pile in the trench to pack it back down—initially it will likely be mounded above the surface of the trench.

C. Letellier
pollinator
Posts: 435
Location: Greybull WY north central WY zone 4 bordering on 3
97
posted 2 days ago
Be aware narrow trenches are harder to get filled as the dirt tends to bridge.  And they will settle longer.  This is especially true in deeper trenches.  Plan on refilling the trench probably twice in the next decade as it settles.  If you want to avoid that then you need to fill in fairly short lifts and use some sort of compactor to settle the dirt.

Now I will ask are you sure your trench is deep enough???  While I am farther north being northern WY my bury depth is a minimum of 4 1/2 feet here with at least 6 under roads and places driven over regularly in winter.  Also places that have open dirt in winter like corrals are another danger zone needing more depth.  Ideally you want your average frost depth plus at least a foot.  Personally here the ideal depth is 6 feet at least under normal and 8 feet crossing roads and bare dirt areas.

Now such a shallow depth is of concern other ways too.  That is about the depth the phone line was plowed in here and someone crossing that long closed trench in muddy weather a decade later somehow got stuck there and spun the tires digging down trying to get out and cut the phone line with a spinning tire.

It is also of concern because any driving across the line causes uneven crushing forces that tend to crack lines longitudinally.  Also shallow means faster acting freeze thaw causing the same thing.

Also if it is the lightest weight water line(100 psi??0 it will tend to develop a cracking problem even buried deep after a decade or 2.  Suggest going to the 2nd or 3rd step up in pressure rate even if you don't need it because of this.

Finally if you are crossing roads suggest burying that part of the line in a heavy wall pipe extending 10 or 15 feet  on either side of the road to act as a conduit.  Also if the pipe breaks there for some reason it doesn't come up under the road.  Trust me a man made spring in the middle of the road never happens at a good time.

posted 1 day ago
C. Letellier, please define narrow. Yes, I'm sure 24-in. is deep enough. The locals only bury 18". I will be using a schedule 40 PVC or PE pipe. The roads I have to cross are 10 ft wide gravel roads, do I really need to go 10 ft out on either side with a casing pipe?

posted 1 day ago
Hi Denise;
It really is a good idea to use a hard pipe under a road.
As was mentioned the compaction over time and the possibility of a freeze being pushed that deep are true.
The reason I think its a good idea is for when you have problems later.
Being able to replace a line under the road without having to dig it up is a great benefit.
Even if it is your road on private property it is still a hassle and creates a new  pothole to drive over.

I have lines run under a county road. They are all hard pipe covered  to ease changing. They were that way when I bought the place...
And I did need to change a water pipe out in the 40 years I have been here.
Being able to just slide the new pipe in was SO NICE!   Not needing to dig up a county gravel road was even nicer!

posted 1 day ago
I plan to use pipes if I go under the gravel roads. I'm only using one and a quarter or one and a half inch water pipe, will if 3-in container pipe be good enough? The other people I've asked have suggested using PVC for the container pipe.

posted 1 day ago
I think the 3" will work fine but 4" would be better.
1.5" poly (black) pipe is at least 2"  outside diameter.  After you backfill, over time your hard pipe will slowly get a dirt/mud layer that fills in on the bottom.
If you have to push/pull  a coupler with hose clamps on then 3" suddenly isn't so large.

posted 1 day ago
Denise, looking at the distance and the pipe size, I assume you will be running a high pressure line.
Is that correct?
If you are going up and down hills you will need to fit in air valves to allow air bubbles to leave the pipe, otherwise they create a restriction.

posted 1 day ago
This is a project that the NRCS is involved in and so they're keeping me out of trouble in terms of knowing whether I need air release valves, drains, and the sizing of the pipe. What I still haven't decided is whether to use polyethylene or PVC. Before the price of PVC went up this week because of the ice disaster in Texas I was planning on using PVC. Now I'm not so sure. I have gophers so I'm pretty sure PVC is the better idea.

thomas rubino wrote:I think the 3" will work fine but 4" would be better.
1.5" poly (black) pipe is at least 2"  outside diameter.  After you backfill, over time your hard pipe will slowly get a dirt/mud layer that fills in on the bottom.
If you have to push/pull  a coupler with hose clamps on then 3" suddenly isn't so large.

If it is a larger conduit, you maybe have an easier time running something else in there as well, such as a second pipe from a separate source (potable/non-potable), or to a different destination (barn/field irrigation), so that you aren't without water everywhere due to one leak/repair, or you could shut-down one "zone" seasonally.
Other things you might run (not sure if allowed by code in same conduit?) electric, data/phone, electric fence wire?... If you think *maybe* you might do any of these in the future, another option is running a second conduit alongside in the trench at the same time...(taped shut/capped off) it's relatively inexpensive, and that way you only dig across the road once.

posted 1 day ago
the trencher that I want to rent says it will trench four and a half to five inches wide. It is the less expensive trencher to rent for sure. Will I be able to put a 4-in pipe in that trench?

posted 1 day ago
Well , Poly pipe easily.    Hard schedule 40 pvc?  Not so easy.
Let me ask a question.  I think you said you wanted to use pvc?
If that is so then you must plan on bedding that pipe,  preferably in sand.   Backfilling hard pipe is also partially done with sand.
Black Poly pipe is much more forgiving about being pushed into a hole and  backfilled with what you have.

the NRCS is involved

what does this mean please?
When you speak of PVC pipe, are you talking about the sort of harder plastic used in downpipes etc?
Or pressure water pipe used inside walls?

posted 19 hours ago
NRCS is natural resource conservation service, that is the government. I will be using pipe that can be pressurized and pressure fittings.