I prowl the Internet. Have for years, poking into the dark corners, trying all the social media outlets and setups, just looking around at all the things people do and collecting odd bits and pieces of what they say to themselves, or a select audience.
When I find things that are too wonderful not to share, I ask for permission to save whatever it is I have found. Generally, people are flattered that some off the cuff comment from 3 years ago has made an impact on another person. Sometimes that blossoms into a sort of acquaintanceship that was heralded by the mass "bulletin boards" that were so popular back in the early 1990s.
I thought I'd share a few of my favorites - the ones that continue to make me laugh, mostly.

Please feel free to share anything that you've found in those odd corners. I really enjoy seeing people just be people.
One of my favorites, and one that I refer to often:

pansexual-icey:
I’M SORRY BUT THE NORWEGIAN BUTTER CRISIS OF 2011 JUST CONFUSES MY G****N BRAIN BECAUSE HOW THE ACTUAL F**K DOES AN ENTIRE COUNTRY RUN OUT OF BUTTER.
DID NORWAY JUST COME DOWNSTAIRS LIKE:
N: *Opens fridge* HELVETE
N: VI KJØRTE UT AV SMØREN

caffinatedstory:
I was gonna explain how the butter crisis happened.
but then I noticed your f**king /hilarious/ attempt at writing “we’ve run out of butter”

I’m not sure if you know
but you just basically wrote:
“We drove out of the lubrication”
(via tyleroakley)

Another favorite, and one I love the visual image for:

i was outside. minding my own business. when a leaf fell on my noggin. i will consider it my crown. and i will rule these lands benevolently
- Thoughts of Dog (twitter)

Do you have any favorite quotes or odd things that somehow make your day brighter, or make you laugh uncontrollably, or make you want to wear a leaf around and rule benevolently?
I look forward to finding out.
(I also have a HUGE collection of Heinlein quotes, some pretty thoughts from poets, and more random bits of sentiment than should ever be gathered in  one place, if all things being equal.)
Best thoughts!

posted 1 year ago
Howdy!
Yes, I love quotes. I collect them, like polished stones; only the polished thoughts don't require special care.
A few pebbles from random places:

Now, I have "been sick" for a good bit of time. As such, I have collected a series of cautiously optimistic quotes to keep from giving in to the constant drone of medical professionals and their long lists of "Must Never".

"How glorious it is – and also how painful – to be an exception."
- Alfred De Musset

The longest way must have its close - the gloomiest night will wear on to a morning.
- Harriet Beecher Stowe

Hope
Smiles from the threshold of the year to come,
Whispering 'it will be happier'...
- Alfred Lord Tennyson

Isn't it nice to think that tomorrow is a new day with no mistakes in it yet?
- L.M. Montgomery

In the depth of winter, I finally learned that within me there lay an invincible summer.
- Albert Camus

Then you get the quotes in different languages that, for silly reasons, some US citizens seem to find extra special (Until you come up with something silly, but can say it in Latin):

Possunt, quia posse videntur.  (They are able, because they appear to be able.)
- Publius Vergilius Maro [The Aeneid]

I hope everyone has a fantastic day today!

Violet Jones
Posts: 32
Location: PNW
10
posted 1 year ago
This is a cute idea for a thread!  The first odd/funny thing that came to my mind is:

One day, on my birthday, many years ago I was headed out on my dreaded morning commute to work in the big city near me.  I was stopped at a stop light on an overpass trying to turn left onto the freeway just waiting.  Seemingly out of nowhere, a large black crow fell out of the sky and landed on the car directly in front of me.  Dead.  I thought to myself, this must be some kind of horribly bad "sign" to have happen on your birthday and I thought maybe I should turn right around and go back home.  I rationalized this thought away by "realizing" that if it were some kind of sign, obviously it was meant for whoever was in that car and NOT me!  :)  I went to work as usual and nothing particularly bad happened to me that day. 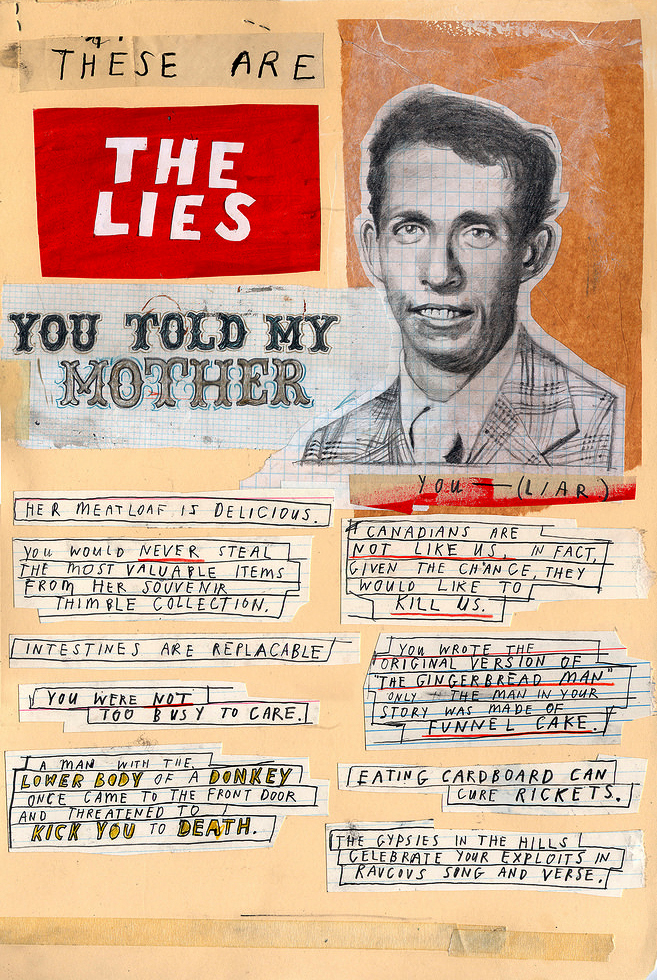 Kristine Keeney wrote:Then you get the quotes in different languages that, for silly reasons, some US citizens seem to find extra special (Until you come up with something silly, but can say it in Latin):

Possunt, quia posse videntur.  (They are able, because they appear to be able.)
- Publius Vergilius Maro [The Aeneid]

Ellendra Nauriel
pollinator
Posts: 820
Location: South-central Wisconsin
316
posted 1 year ago
This conversation was from a comic printed just before the new year, several years ago:

"What do you think the next year will bring?"

"I think it will bring flowers." 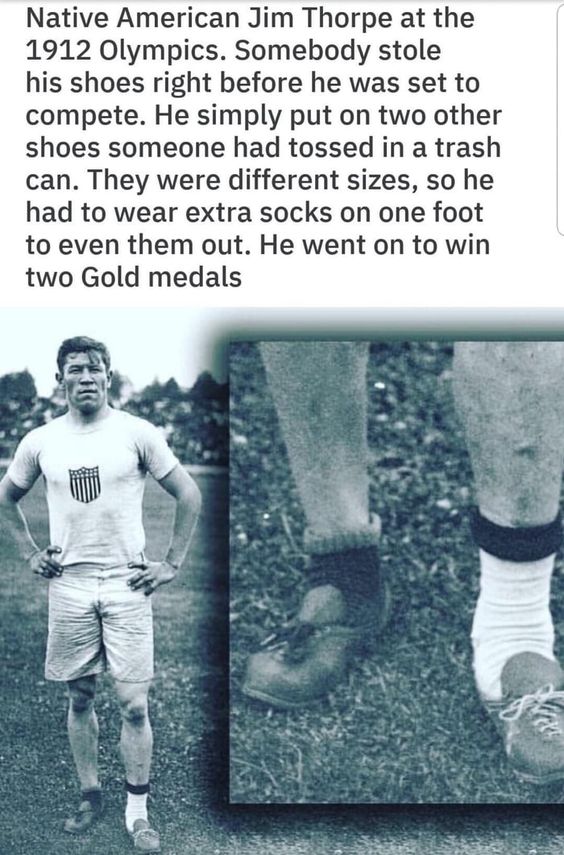 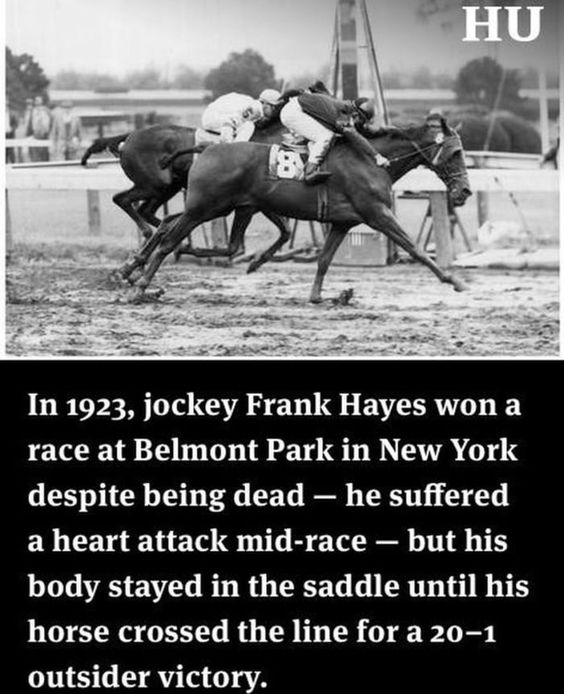 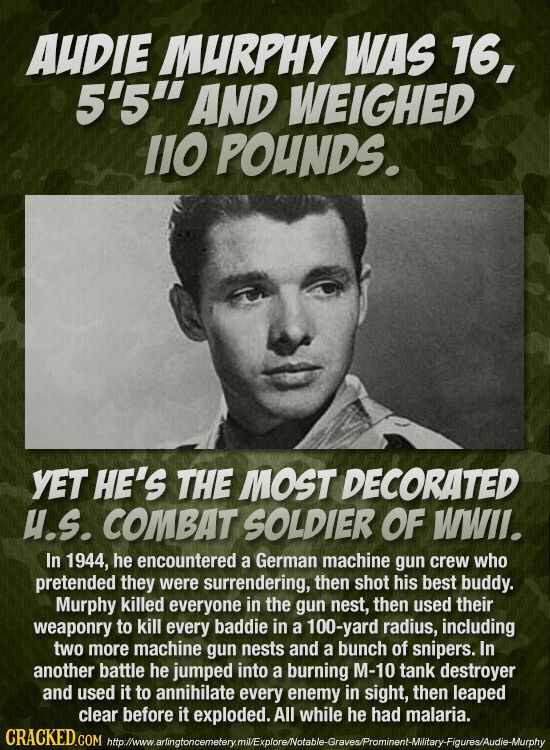 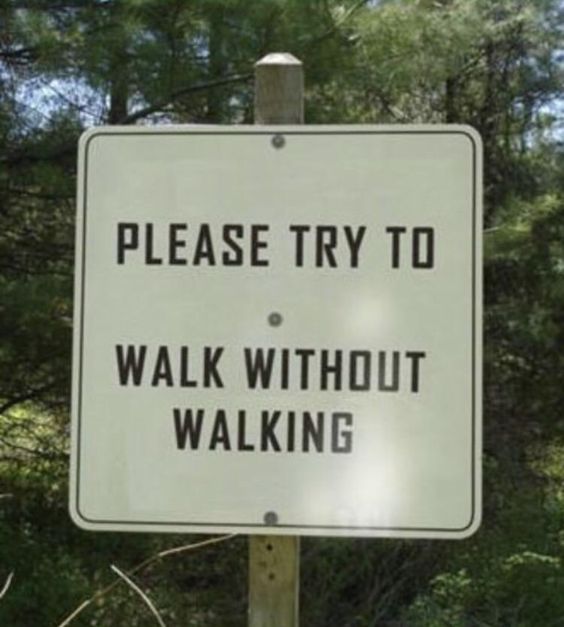 posted 1 year ago
Some of my favourite writings are about the most mundane things:
nicholson_baker_rarity.jpg 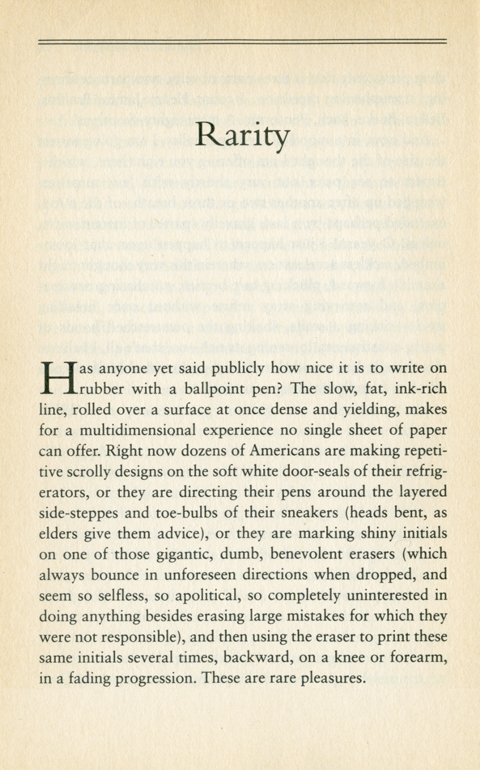 posted 1 year ago
Howdy!
I am so relieved that I run into fellow oddity collectors. The electronic versions of a crowded "misc." drawer/closet/room aren't limited to any one of us, but many, if not most!

It's a rather Monday-ish Wednesday, so I am driven to try to share some of my collection. Thank you, all of you.

A few quotes, because Other People have said the most interesting things:

“It is a condition of monsters that they do not perceive themselves as such. The dragon, you know, hunkered in the village devouring maidens, heard the townsfolk cry ‘Monster!’ and looked behind him.”
-Laini Taylor

"It is well to remember that there are five reasons for drinking: The arrival of a friend, one's present or future thirst, the excellence of the wine, or any other reason."
- Latin Proverb

I write. Not well, or consistently, but I do my best to "write a novel" every November. There have been years when I just allowed myself to write the most awful, inconsistent, over worded carp, ut I try to follow the good advice of other people who have, and do, write.

There is no way that writers can be tamed and rendered civilized or even cured. The only solution known to science is to provide the patient with an isolation room, where he can endure the acute stages in private and where food can be poked in to him with a stick.
- Robert A. Heinlein

The difference between fiction and reality? Fiction has to make sense.
- Tom Clancy

" kyraneko: When you desperately want to write, but your brain thinks everything you type is absolute trash

notalwaysthevillian: Just type the trash and give it to us. We are not trash goblins for nothing.

satanblessi: You know what, this is actually really inspiring.

notalwaysthevillian: Somebody should start a Garbage Patch NANO Month variant, where the point is not to write a novel but to write and publish 50K words of whatever disjointed garbage one feels like writing at any given moment.
Bits and pieces of fanfic scenes with no context in sight, word salad of what grand high fantasy epics we imagine we would be writing if we were Terry Pratchett or JRR Tolkien, stream-of-consciousness rambles through the meta of some media or other, just random gushing about a Cool Thing … it counts.
The goal is to have 50,000 words, and that’s it.

kyraneko: Reblogging this ‘cause it’s November. Actually think January might be a good month for it, because “do it, even if you suck” is a pretty decent New Year’s resolution.