What are the Different Breeds of Cattle?

There are several folks asking about different breeds of cattle.  I thought this would make an interesting topic.

I don't know a lot about the different breeds of cows. We bought all our calves from a cattle breeder whose farm was called "The Fated Calf". We never asked what breed they were and also just assumed they were a mixed breed since they were just going in the freezer.

When I was a kid my mom bought milk from a farmer who had Guernsey cows, I thought it was the best milk I had ever tasted: 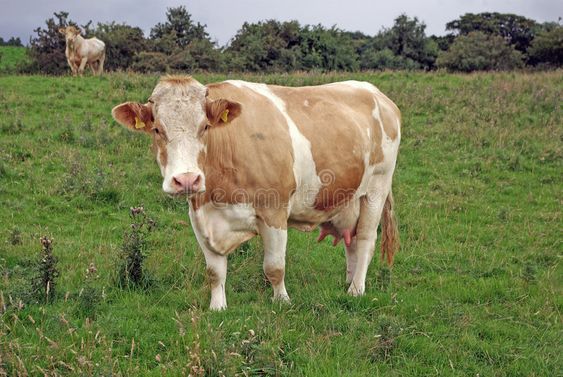 In Texas, we have a lot of Longhorn cattle: 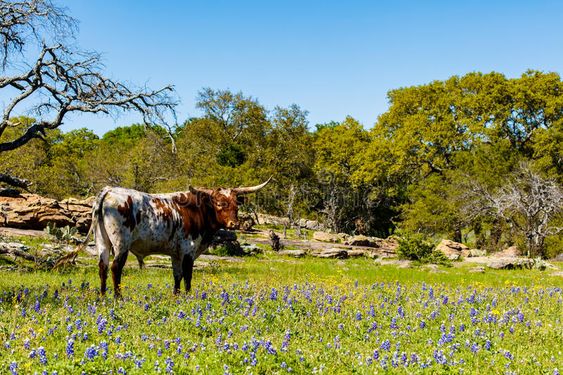 And Hereford cattle, we also call them, white faced: 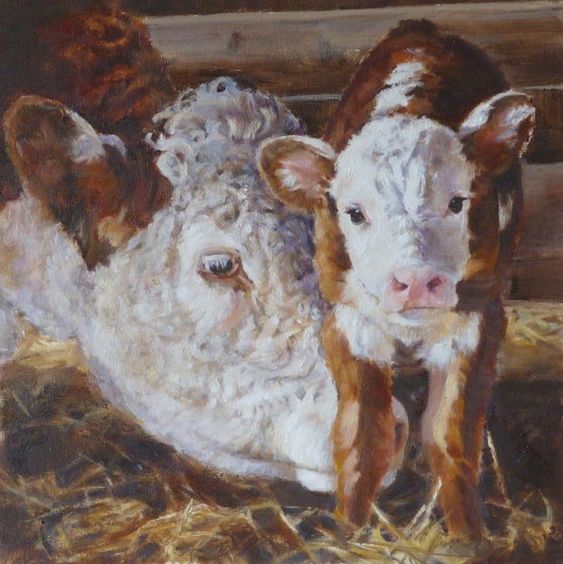 I also found this chart on different breeds that is rather interesting as I didn't know there were so many: 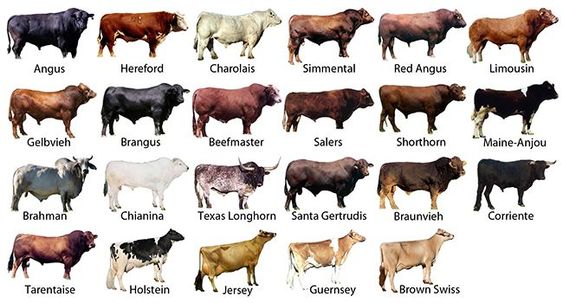 What kind of cattle do you have or dream of having and why?

posted 2 weeks ago
Any cattle I get will be a relatively small breed.  I won't do dairy, so they'd be for meat.  And I'm eternally cheap, so processing will be a DIY proposition.  Even a small breed like a Dexter will require me to "beef up" my setup already, but that would be far more doable on a homesteading level than a more common beef breed like an Angus.  The other advantage of small breed cattle is you can fit 2 of them on a smaller acreage plot like mine (4.8 acres total, maybe 3 acres of grazable land), where I'd struggle to keep one large breed adequately fed.  And cattle need to not be alone.

I'll run sheep first.  After several years experience with them I might consider switching to a couple beeves.  I know my wife would prefer beef to lamb, but I would need to work my way up to that.
Anne Miller
master steward

posted 2 weeks ago
I have been contacted by another member who says that the guernsey that I posted is not a guernsey, instead, it is a  Fleckvieh.  As I said, I don't know a lot about the breeds of cows.

The image I found on Pinterest said it is a stock photo of Guernsey.

I decided to look at what Wikipedia says:


The Guernsey is a breed of dairy cattle from the island of Guernsey in the Channel Islands. It is fawn or red and white in colour, and is hardy and docile. Its milk is rich in flavour, high in fat and protein, and has a golden-yellow tinge due to its high β-carotene content. The Guernsey is one of three Channel Island cattle breeds, the others being the Alderney – now extinct – and the Jersey. 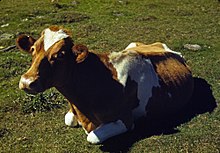 The Fleckvieh is a breed of dual-purpose cattle suitable for both milk and meat production. It originated in Central Europe in the 19th century from cross-breeding of local stock with Simmental cattle imported from Switzerland. Today, the worldwide population is 41 million animals.

Credit: All photos are courtesy of Wikipedia.

What do you think since I don't know?

Dorothy Pohorelow
Posts: 104
Location: Southeast corner of Wyoming
26
I like...

posted 2 weeks ago
In the US the Livestock Conservancy has listed a number of cattle breeds/types that developed in North America. For those looking for breeds that developed to be suitable for a particular area it might be worth a look.  Most are not well known but each has specific genetics that  worked in areas that could be difficult to raise cattle in.  For example Pineywood or Florida Cracker cattle may work better for a southern homestead then European or British breeds.
Of course there are breeds on the list that did develop elsewhere and have been preserved here including one on the list I want to learn more about the Heritage Shorthorn – Native which is a dual purpose breed.  Also as fiber person I was very intrigued by their listing of the North American Yak as needing study.  Apparently purebred Yaks in North America have been separated from their Asian cousins for over a century and may have developed into a distinct "breed" of Yak that may need to be preserved.

Have had a little bit of experience with,
Wagyu brahman crossbreeds and less with Droughtmaster's.

Appearance value, such as breeding wagyu with Hereford makes for white faced wagyu which is just....

Another area of value I would like to point out is how easy they are to move and muster, such as if the previous owners used, horses, helicopter, bikes, quads, cars. Can make a real difference!

I am sure most people who would post on this have lifetimes of experience and know all about gene values, and physical traits, ect. So I will leave it to others with more experience to comment on that.