6,000 year old timber building that looks like a wofati

posted 8 years ago
Today, I ran across an article on Incredible Discovery(s) at Stonehenge.

They used powerful radar to detect a LOT under the ground that was previously unknown.

Including this timber building that is estimated to be 6,000 years old. 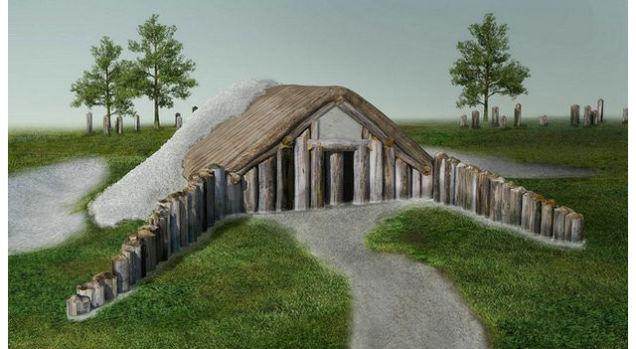 To me, it looks quite a bit like the wofatis!

Ghislaine de Lessines
pollinator
Posts: 261
Location: Vermont, annual average precipitation is 39.87 Inches
50
posted 8 years ago
I thought the same thing when I saw it but I am on my phone so posting it here would have been challenging. I'm glad I am not the only one to notice that!

Paul Sims
Posts: 9
posted 8 years ago
Hah! I was just coming here to say the same thing!
Jay C. White Cloud
Posts: 2413
46
posted 8 years ago
Hmmm....I keep saying it...over and over again...there is nothing new to Permaculture...It is just a matter of "remembering" what has already been done....and done very, very, well!

Jay C. White Cloud wrote:...there is nothing new to Permaculture...It is just a matter of "remembering" what has already been done....and done very, very, well!

I think of it as aggregating techniques of sustainable cultures from all over the world.

Brian Knight
Posts: 554
Location: Asheville NC
8
posted 8 years ago
I love it. Such a timely discovery and rendering. Was it sustainable though? To me, those upright stones in the background look like stumps. And who knew the ancients played golf!?

posted 8 years ago
Looks like someone had a past life!

Brian Knight
Posts: 554
Location: Asheville NC
8
posted 8 years ago
I watched a great Smithsonian channel program last night on the hidden landscape project and it featured some more info on these structures. Wolfgang Neubauer pointed out that there are many of these "long barrows" throughout Europe http://en.wikipedia.org/wiki/Long_barrow They apparently were used for burial sites which makes me doubt they were used as living spaces.

Although golf was not mentioned, they had very interesting evidence of brain surgery.

Brian Knight wrote:I watched a great Smithsonian channel program last night on the hidden landscape project and it featured some more info on these structures. Wolfgang Neubauer pointed out that there are many of these "long barrows" throughout Europe http://en.wikipedia.org/wiki/Long_barrow They apparently were used for burial sites which makes me doubt they were used as living spaces.

My first thought upon reading this was why not both? I remember reading about a PNW Native American culture using the house that had been lived in as a sort of tomb for the dead. The wiki link also states, "a significant number of long mounds in southern England have been demonstrated more recently to have limited primary evidence of burial at all. Traditionally, these structures have been interpreted as 'houses' for the dead and that barrow builders may have continued this old idea in the Neolithic and later periods. In those long barrows that do contain appreciable quantities of human remains, their concentration in just one small part of the overall structure has led some to argue that the long barrow was not merely a repository for the dead but also a general monument acting as a territorial marker, a place of religious offering and a community centre. Some appear to have been built over pre-existing occupation sites which may support this interpretation."

Interesting stuff! Thanks for the link Brian!

posted 8 years ago
Really interesting stuff, however I would like to just toss this up as food for thought.

It seems that every time Science thinks it has found something and identifies it as definite, it is later discovered that they were totally wrong in their previous assumptions.
When it comes to archeology particularly, there is much interpretation without true knowledge of what was what way back then.

The example of just how wrong science can be when interpreting ancient "discoveries" was pointed out in the old TV series Buck Rodgers in the 21st Century, where the top archeologist held up a blow drier and proclaimed it was a ray gun of some sort, how it worked he had yet to discover. Stonehenge has so many layers to it, it baffled the Romans when they invaded Bretton, they had no idea what it was for but supposed it was for rituals performed by the Druids, who were actually quite recent in coming to power in the Isles by Henge reconing.

Stone Henge is in fact musically shaped, meaning that it resonates, this was discovered within the last 20 years. The very act of chanting within the structure will set up resonant cords that amplify the chant, sort of like a loud speaker effect as it were. It is supposed that this effect was designed for the exciting of the people involved in rituals at the site. This sounds very plausible since the amplification effect is very small when outside the structure and does intensify the closer to the center you are.


This has some interesting stuff about building which housed the living, and later the dead.

And, for those who don't feel the need to take things quite so seriously -