David Livingston
pollinator
Posts: 4328
Location: Anjou ,France
246
posted 8 years ago
Knowing Ireland as I do an endless supply of rain too

Is there an effort to include more information in the PDCs about the use of mycellium in permaculture design?

I would like to second this question. I don't see much in the line of mushroom harvesting in the permaculture videos and discussions.
Does Geoff have ideas on this?


Mike
Abe Coley
pollinator
Posts: 329
Location: Missoula, MT
117
posted 8 years ago
CAN YOU ASK JEFF HOW SUBLIMINALLY SEXUAL THAT WHOLE BAMBOO VIDEO WAS!? Especially the part about sheltering in the bamboo during a hurricane... he's all like "grasp the shaft and ride it up and down."
lawton-bamboo.JPG 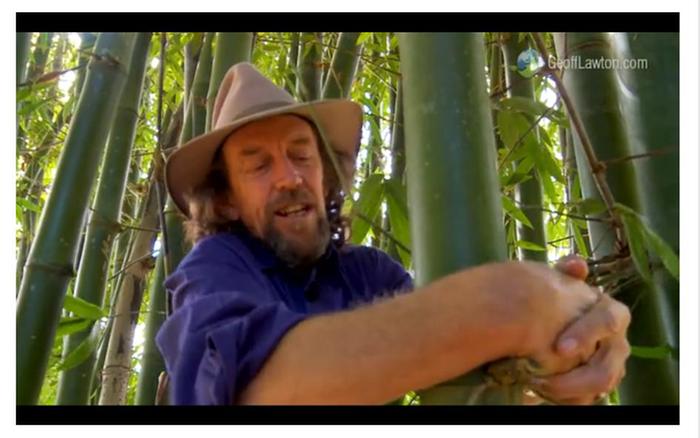 Tim Skufca
Posts: 75
25
3
posted 8 years ago
Lawton Questions:
1. Describe the situation on the Lab where there is an historical creek that no longer exists. Describe what you have already done to locate water, and where the creek ends upsteam. Then ask what he would do next to secure a water source.
2. As him how much is compromised in using coniferous material for hugelkultur beds instead of the recommended deciduous material. Is it worth it in the long run to bring in deciduous plant material even if that means hauling it several miles?

Jennifer Wadsworth wrote:@Kim Arnold: Geoff referenced "Legumes of the World" (or "LOWO") many times throughout his course. The book is expensive but the publishers (Kew Gardens) have now made the information available as an online database, check it out! 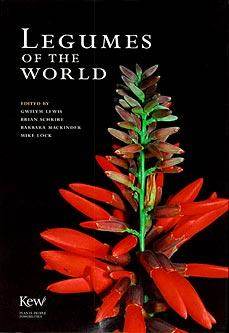 Was unable to find this, the online reference will be priceless!
Jerry Ward
Posts: 249
Location: S.E. Michigan - Zone 6a
16
5
posted 8 years ago
I saw something about permaculture curriculum to use in home schooling, details please.

While I am in awe of the stuff Geoff is doing in dry areas, I live in a well watered region of MI, what if anything do I need to do differently?

Luke Vaillancourt
Posts: 42
2
posted 8 years ago
What's Geoff reading at the moment, or what are some recent works hes delved into?
paul wheaton
steward

Miles Flansburg wrote:Does he know that we are doing a winter book club read of the designers manual?

I know he is a very busy person but could he spend a few hours here ,taking a look at some of our discussions and maybe commenting?


I would also like to know what he thinks about this thread.

Apparently the north american group is making it harder to become certified.

We recorded a podcast yesterday and he said he was reading LOTS of the designer manual stuff here on permies. We are going to record more podcast stuff. Can you create a short question for him here? Something that will fit a podcast format.

I get the impression that he wants to make sure to answer every question asked here.

R Scott wrote:Paul probably wants to stay away from the PINA PITA, don't focus on bad things thing. I know I do.

There is so much apparent divergence between backyard and broadacre (private) and .gov projects right now. A little talk on how they are all still PC and how you can learn from them all.

We covered PINA. He's cool with it.

paul wheaton wrote:I get the impression that he wants to make sure to answer every question asked here.

THIS. This is what makes Geoff's online PDC so awesome. He recorded something like 50 hours of Q and A videos attempting to answer as many questions as possible. He CARES. He's interested in students grasping the content. Why? Because it matters - it matters to the longterm outcome of what happens to our Earth. I think there are several good online PDC courses out there (shout out to Andrew Millison's online PDC). And perhaps some not so great ones. You can tell the good from the not-so-good by the quality of information and the level of caring that the students succeed. Geoff does this in spades. Just like he's going the extra mile to answer our questions on the podcasts. FOR FREE.

Yesterday I was talking with my dad. In 2000, he was the project lead for a USAID project to separate Palestine's water system from Israel's water system (Israel apparently controls most/all the water coming from the Jordan river). He said he'd driven the length of the Jordan River (in the company of the Israeli military) and confirmed that in many places the mighty Jordan has been diminished to a trickle only several feet across. He then said that there has been a plan floated by the Israelis for several years to pump water from the Red Sea (Gulf of Aqaba) into the Dead Sea (the Red Sea/Dead Sea Canal) in order to 1) rejuvenate the Dead Sea/Jordan river and 2) use the fall of the water into the Dead Sea to create hydro electricity.

What does Geoff think about this project?

Shane McKee
Posts: 108
Location: Northern Ireland
12
2
posted 8 years ago
Jennifer - good call. The Red-to-Dead project is an impressive project in terms of engineering and scope, and could potentially generate lots of desalinated water and energy (that would probably end up getting wasted). Views on the environmental impact are fairly mixed - some people are very pro, some very anti. My own view is that it's the underground water that needs replenished, and this project probably isn't the best way to do that. Water in the region (Israel/Palestine/Jordan) is of course very precious, but the level of waste is gargantuan.

There has (I've been told) been a lot of rain very recently, and Lake Kinneret is apparently recovering somewhat, but when I was last there in 2012 it was a good 5m down on where it had been on a previous visit. Geoff's work in the Wadi Rum and GTD2 looks awesome, and I think your question is a great one - can we (practically) rescue the situation for all countries/people in the region, without invoking Red2Dead? Of course there are major political issues (who knew?!), but peace in the region is going to require careful multilateral husbandry of the water resource. Still, it's a bit depressing going through the Jordan Valley and seeing miles upon miles of polytunnels and monocrop banana. I think good brown permaculture has the potential to transform land and water management all along the valley, and help build peace, co-operation and prosperity for Palestinian, Israeli and Jordanian alike.

posted 8 years ago
Geoff and I finished this list yesterday. I think we recorded about eight hours of podcasts.

Kim Arnold wrote:I have this question every single time I watch one of his videos: Part of Geoff's formula for designing permaculture seems to rely on leguminous trees. I've searched, and haven't found any that grow in my area (USDA Zone 5). Are there substitutes for that -- other kinds of trees? groundcovers? different kinds of shrubs maybe?

Remember the Honey Locust (Gleditsia triacanthos), it is a wonderfully useful and very common tree in many cities, and there are many inermis varieties which don't have spikes. If you actually search google with "nitrogen fixing zone 5" you'll find a boon of info on all sorts of big trees, small trees and shrubs that might suit your needs.

--->Be yourself, everyone else is already taken.

Jennifer Wadsworth
Posts: 2679
Location: Phoenix, AZ (9b)
197
posted 8 years ago
Hi everyone. I'm going to close this thread now as Geoff is not taking further questions. Paul finished the interviews with Geoff a couple weeks ago.

I encourage you to ask your questions in the appropriate forum and let the permies.com community take a shot at answering them.