posted 3 months ago
This was my first Friday as a boot. Not a bad view for right when I wake up in the morning. 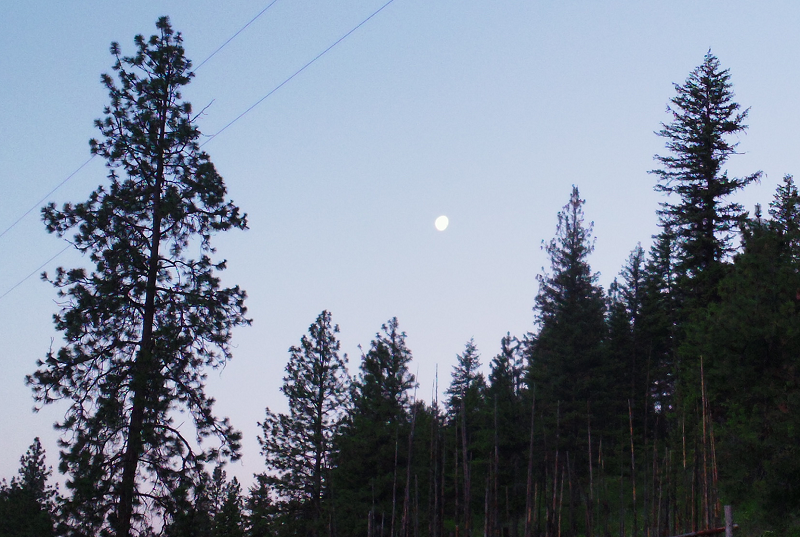 This is also the first week of the Permaculture Design Certification Course (PDC) happening here at Wheaton Labs. It's the first event of the six-week summer event season here. I'm in charge of Kitchen Down, which is essentially a glorified KP/Kitchen Patrol role, and this is my office: 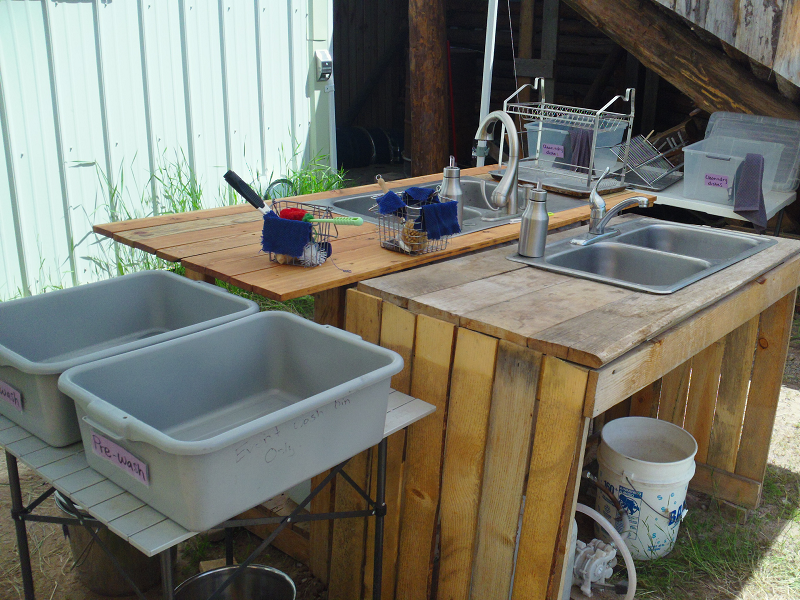 After event work at Basecamp, we traveled to the Lab and Allerton Abbey for gardening. Caleb had filled the water tank truck, Dez and I took soil samples in preparation for future summer events, and then we emptied the water truck onto the hugels.

Earlier this week, I saw a plant I didn't recognize, and Fred told me it was Tansy. I also learned that apparently it's great for mulch, but also has a curious property of repelling fleas. I wonder if the dried leaves and flowers maintain that trait, along with their distinct fragrance? 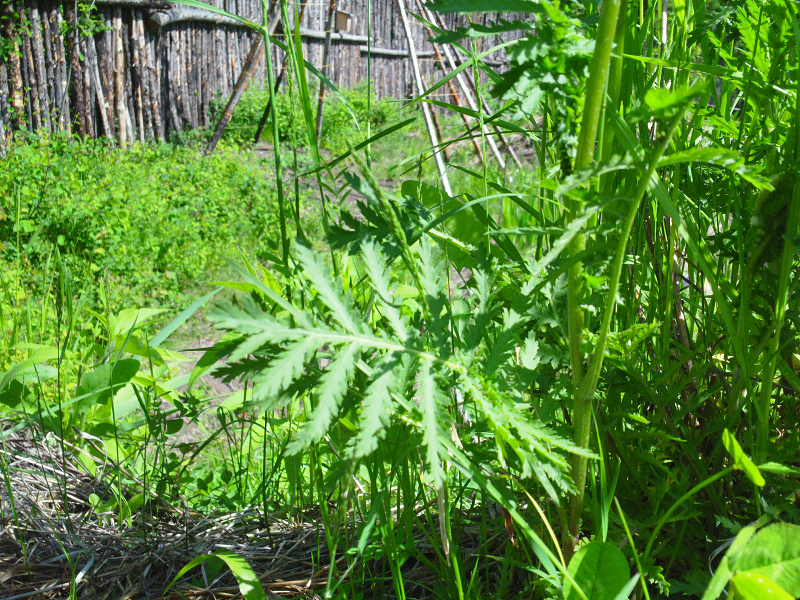 Upon checking out the hugels I'm assigned to work, I learned of another plant. It turns out I have a few sunchokes popping up over at Swamp Castle. Caleb helped with the ID, along with letting me know that they self-seed in a lot of cases and are nutritious, and one of the most calorie-dense plant foods out there (they also happen to make folks a bit gassy...). 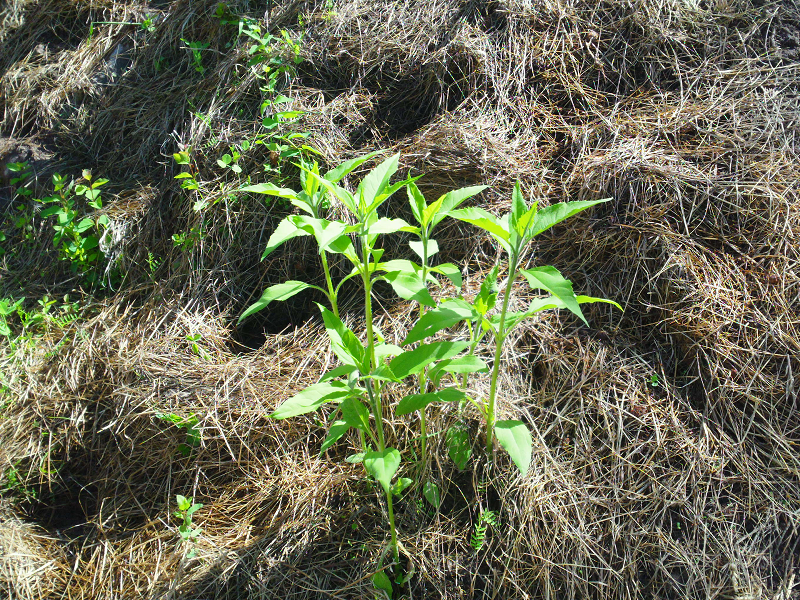 Here's the diagram for another hugel I've been assigned to work at. I call it Cricket Hill, based on its many vocal residents. Among other things, I planted more Annihilator bush beans here earlier in the week and I'm stoked to see their destructive powers in action. 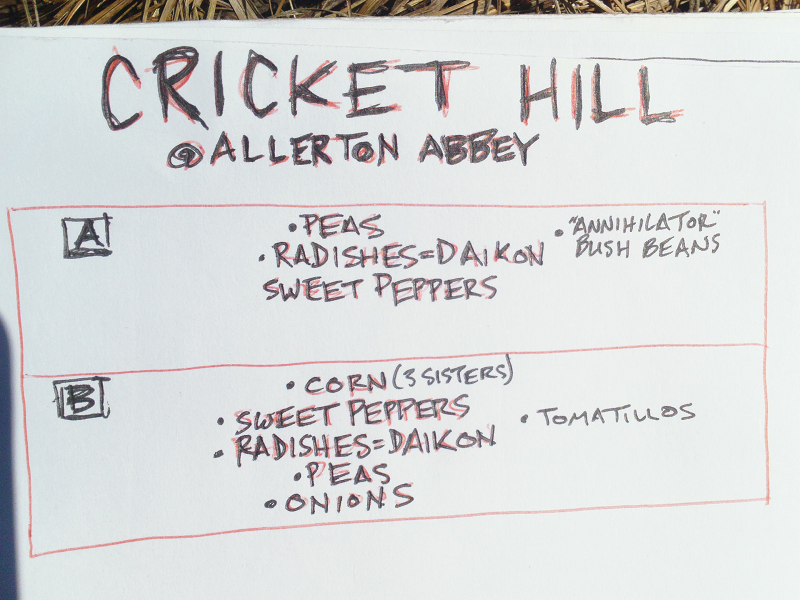 I'll have an updated version of this diagram in a later update, as today I also planted some cabbage and rhubarb. The cold left us so quickly and turned to summer that we really didn't experience any kind of gradual spring thawing. So it goes.

To wrap things up... I'd been storing my car up at the Lab because it's event season. I picked it up today because I'll be heading into town tomorrow. Seems like someone was window-shopping... They didn't leave their number, though. Only paw-prints on the hood. 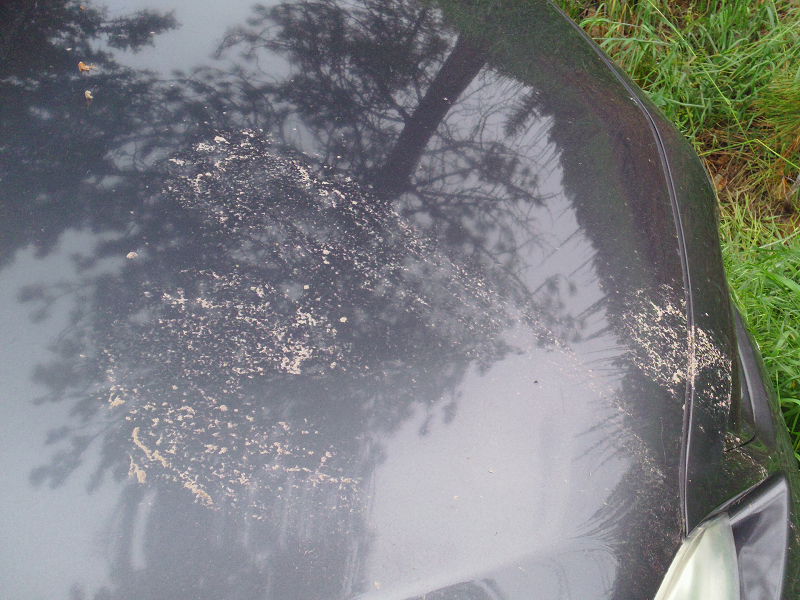 ...I hate to be the one to tell Smokey that my car's not for sale right now.

Nancy Merry
Posts: 1
posted 3 months ago
Bill and I are fascinated by your posts, relieved you’ve not been affected by monsoonal rains except for wet socks, and excited to see how the asparagus fares. He hand dug a foot and a half foot deep years ago, filled it with compost and manure, and we had a very modest harvest for years. I’m concerned about your books under the tarp…would not the trunk (boot!) of your car be better? Nancy M.
Stephen B. Thomas
master pollinator
Posts: 242
326
5
I like...

Nancy Merry wrote:Bill and I are fascinated by your posts, relieved you’ve not been affected by monsoonal rains except for wet socks, and excited to see how the asparagus fares. He hand dug a foot and a half foot deep years ago, filled it with compost and manure, and we had a very modest harvest for years. I’m concerned about your books under the tarp…would not the trunk (boot!) of your car be better? Nancy M.


It's awesome to hear from you, Nancy!!!

The asparagus here seem to have mutated into some tree-like asparagus creature. I'll post a photo in a future update.

Regarding the books: doing the best I can, really. Would you believe that all the local storage places were fully-booked? Here at WL, we're in the thick of event season now and although I have plans to fashion a mini-shed to place adjacent to my tent, there's not been time to do so. The car is parked at a different area of Wheaton Labs about two miles away, and when I do have the car I'm usually ferry-ing fellow boots or guests and use the space in the trunk. Hauling books (and, well... the rest of my worldly possessions) back and forth is difficult.

Those books won't be stuck in the big blue burrito forever... And thankfully we're exiting the historically-wettest time of the year. Here's to hoping they stay undamaged.

Caleb and I did a couple bike tune-ups today, and then assembled a new e-bike here at Wheaton Labs! He's fond of the colour, and I admit I am as well. Green, orange, and purple are my go-to shades, and this has two outta three, and that ain't bad. 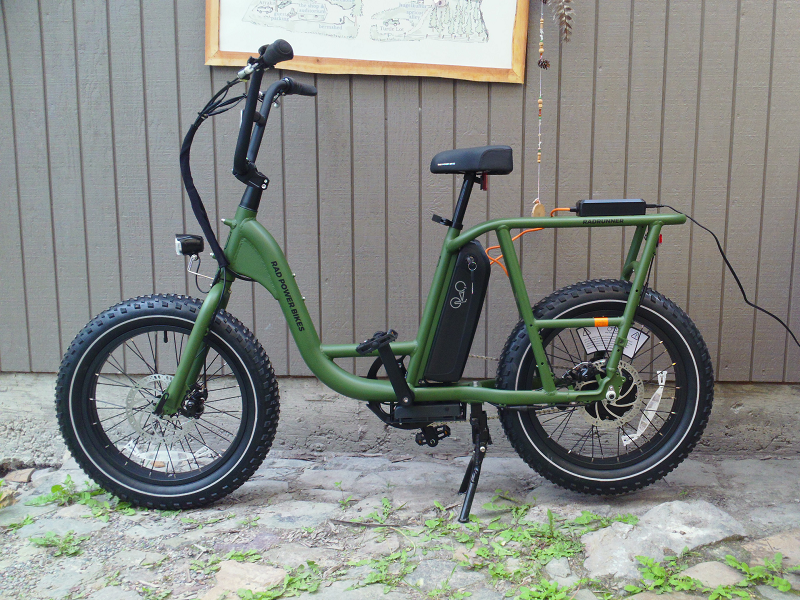 I am currently 6-for-6 with the potato plants I'd started in my plot at Basecamp I. They're all a couple inches tall. Once they are maybe a foot tall, I'll surround them with some organic hay and give them more room to pop out some taters. 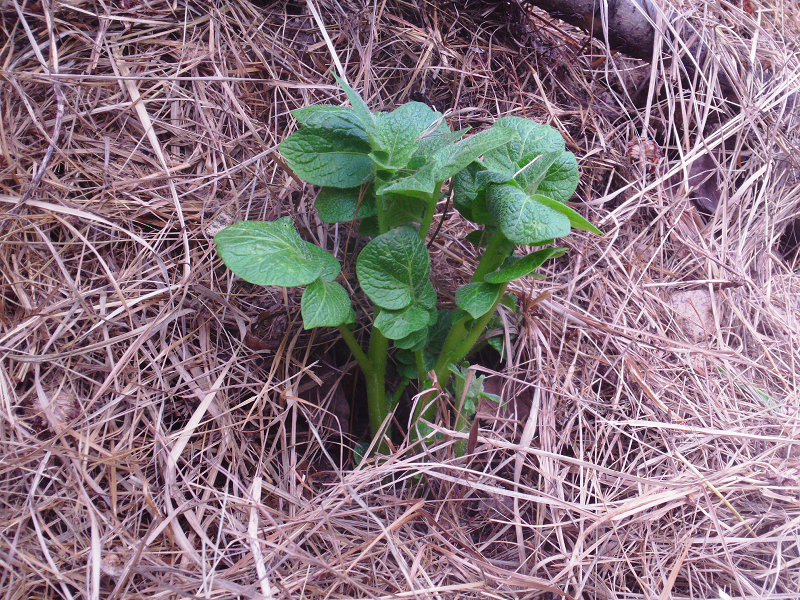 Meanwhile, we've brought out the manual washing machine in an attempt to accommodate some of our guests' requests for laundry service. I'm quite fond of washing laundry in two buckets, honestly. However I'm most intrigued by the crank-powered wringer, and might use just that portion of the device. 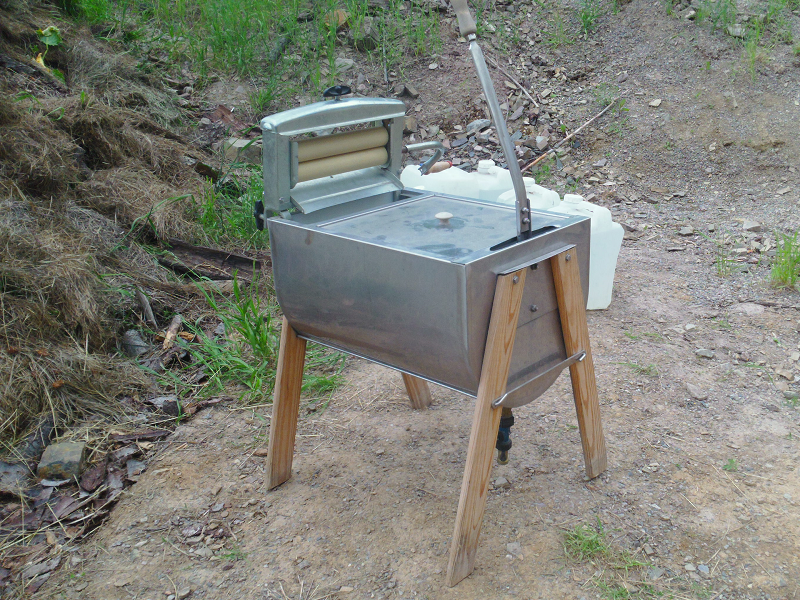 Shut-eye required..! Thanks for reading, and enjoy your day.

The first half of the day was spent gardening at the Lab, on the hugel beds around Allerton Abbey.

We experimented with a different watering method today, using sprinklers. The process provided mixed results, though I must admit it at least looked pretty... 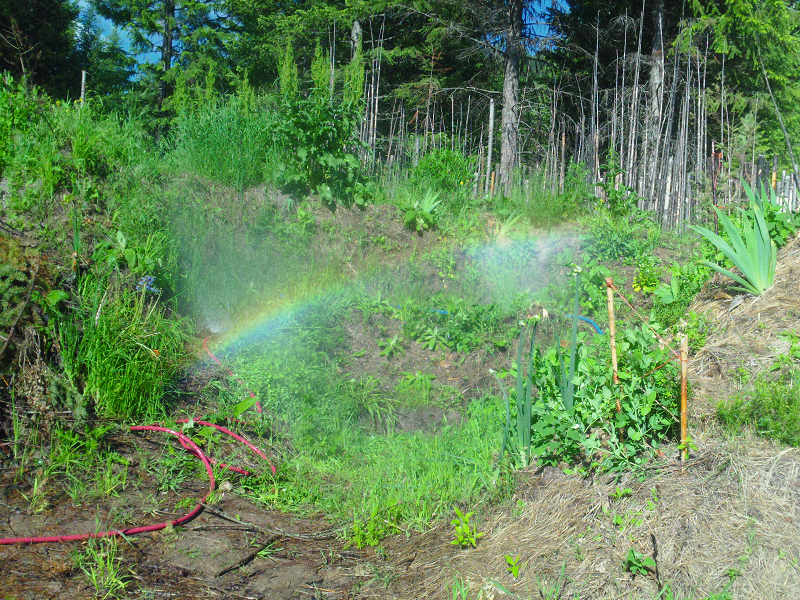 I also checked-in at Swamp Castle and Cricket Hill. Little bits of green are popping up all over, including the sunflowers I'd planted in area D of the 'Castle. They have a lot of energy to start, though when neglected they can die back. I'll be sure to do my due diligence to keep them healthy, including adding mulch round the seedlings and watering regularly. 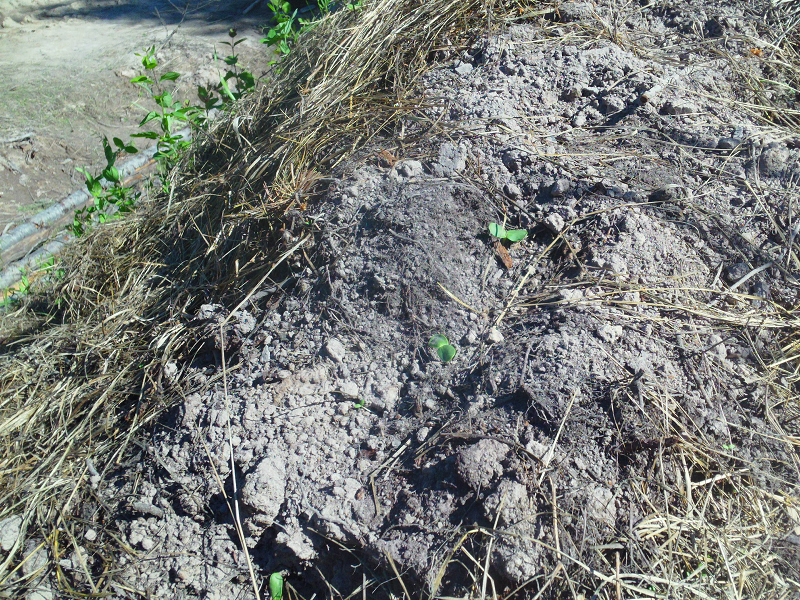 Of course, the Sepp Holzer grain growing along the wing walls of the Truly Passive Greenhouse put my seedlings to shame, reaching heights of 7 feet tall or possibly more. 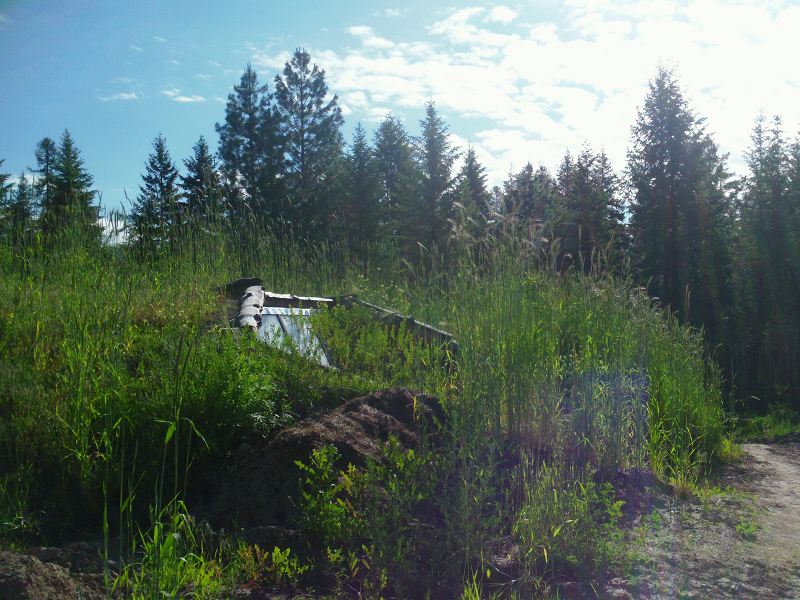 In the afternoon, back at Basecamp, we tackled an odd mix of handiwork tasks prior to prepping for the PDC's dinner. For instance, here's Caleb using my fresnel lens to wood-burn a decorative plaque for Bob. I typically use it for starting fires and store it with my other emergency equipment, and in the case of wood-burning it happened to be just a bit too powerful for the job, essentially setting the wood aflame before a decoration could be added...! 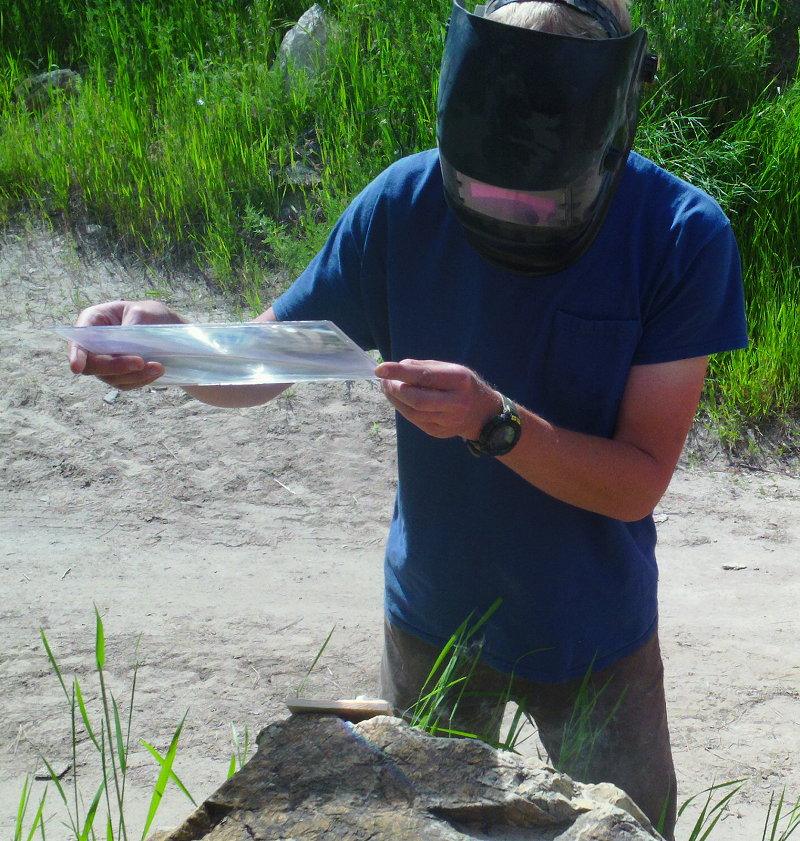 He later did the job much better with a typical magnifying glass.

Thanks for reading, and enjoy your day!