posted 5 years ago
Went out for a little foraging expedition in the neighborhood.

Collected a lot of Soapberries Sapindus drummondii which were still hanging on the trees. These aren't edible but they can be used for soap. 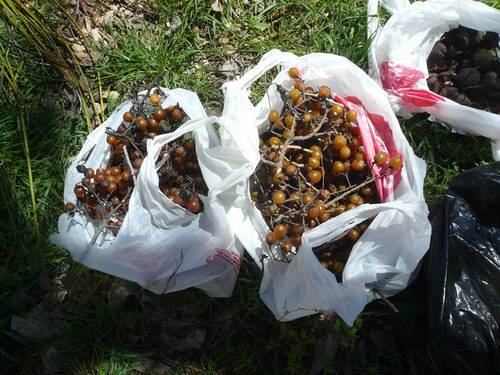 Finally got Canada Onions Allium canadense from a patch I've been eyeing for years. I already have a lot of this wonderful onion, but want more genetic diversity. 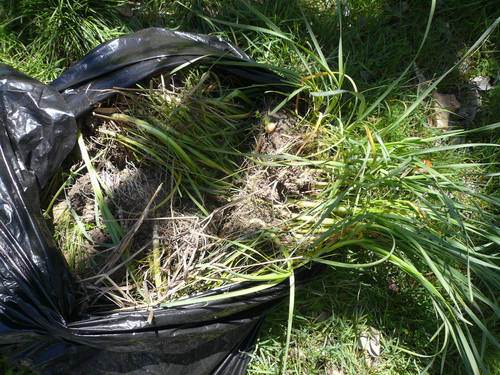 Collected a few seeds of Mexican Buckeye Ungnadia speciosa. These seeds aren't edible but they are cute and the small tree has beautiful pink flowers: 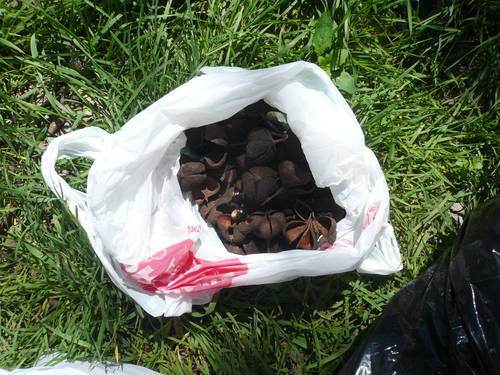 The big bonanza was a whole lot of Sotol Dasylirion texanum. Some of these I'll eat but most of them I'll plant in appropriate spots on our land. 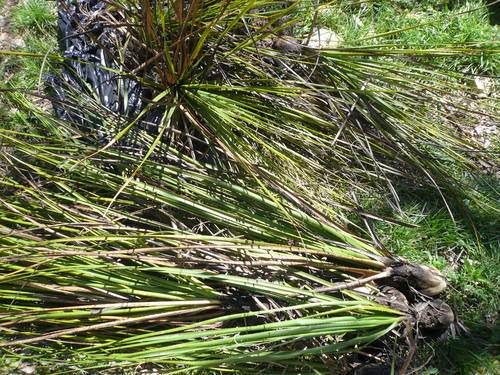 The bulblike stem is the edible part. Some of these lost their roots when I dug them up, so I'll be eating those, or rather, trying to figure out a good way to prepare them for eating. They were one of the main staple carbohydrates of native folks here. Previous taste tests garnered the designation "yucky." 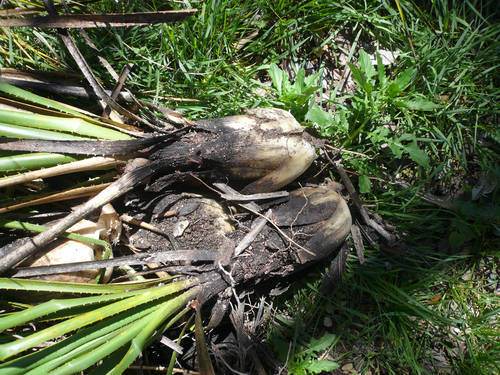 Here's the Sotol patch I've gathered from for years. This is across the road from PoPo restaurant in Nelson City, if anyone wants to go get some for themselves. This parcel of land has been for sale for decades and is essentially abandoned. 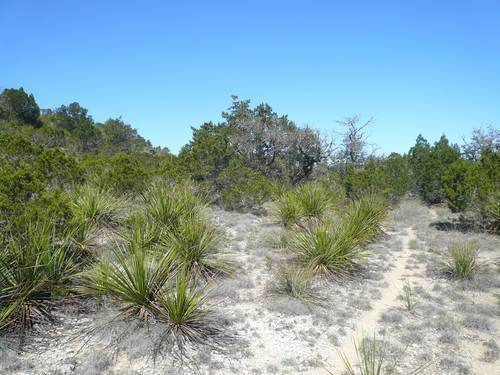 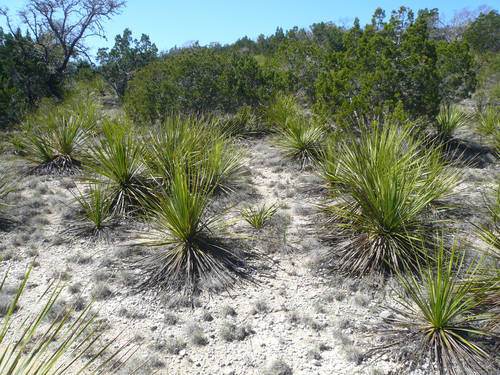 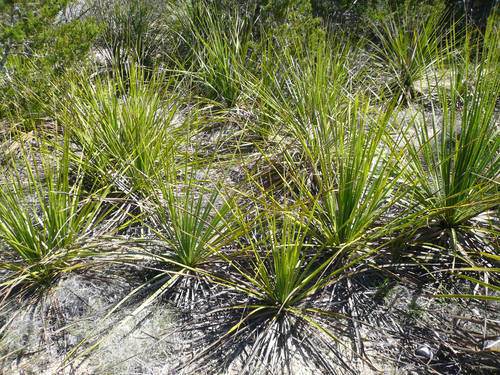 posted 5 years ago
Here's a thread about trying to cook the darn things: https://permies.com/t/54547/cooking/Cooking-Sotol

I am soooo hoping that this will be a mushroom year. The last 4 or 5 years have been poor. If the weather is not perfect you won't find many. I haven't picked any in a couple of years hoping that the few I found would repopulate the area. Whenever I do pick any I've been pouring out the wash water in one place and I have been seeing some there. It seems like when the time comes for them to pop up the weather becomes too hot and windy and they dry up before they can grow big enough.

posted 5 years ago
With the weather as weird as it is these days, it will be difficult to find such a particular mushroom. The only edible mushroom I've found here is Chanterelle, and we didn't really like them. Many years ago a friend found morels, but they were in a special spot by a creek; I think they are quite rare here. There are probably more edible kinds, but I don't know them and some kinds need expert identification so I am not going to take the risk.

posted 5 years ago
Collected a bunch of Cattail hearts which I will serve with dinner tonight. Anyone else here eat them? 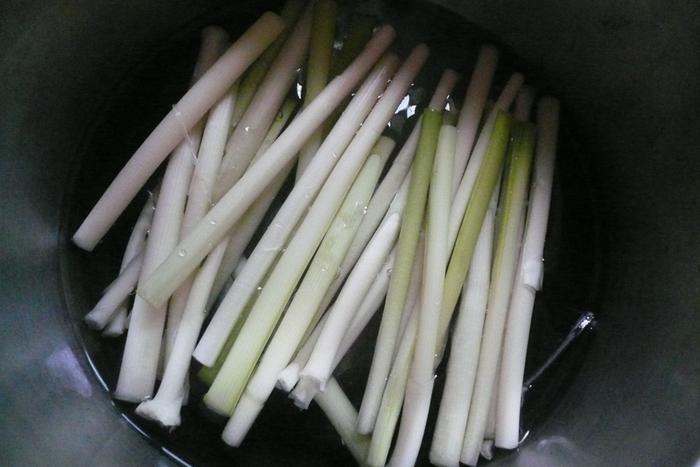 posted 5 years ago
I have been adding my wild lettuce to my salads. no current pictures but here are some from the past.
Wild-lettuce-and-peas.jpg
pizza-prep.jpg 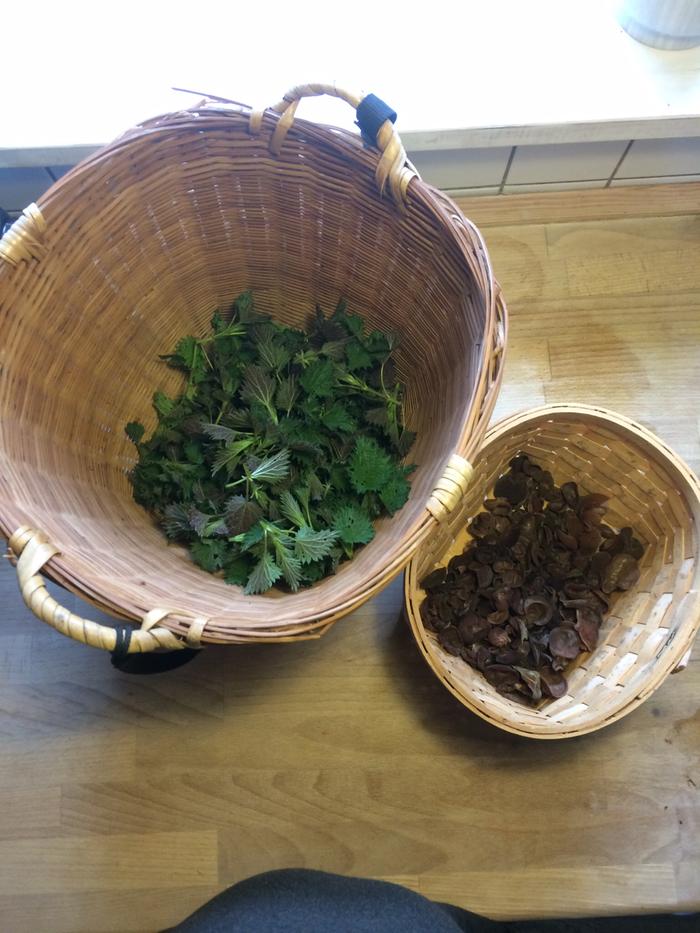 posted 5 years ago
Loquats are in season here, right now. We were running around around town yesterday and stopped to harvest some that were being used as landscaping in a local shopping center.
Corrie Snell
Posts: 89
Location: San Francisco, CA for the time being
9
4
posted 5 years ago
Back in March, when I was at the tail end of my living-in-SW-France-for-the-winter adventure, a wonderful and generous friend I'd made, named Claude GAVE me a bag of beautiful "fausse gerbe" that he'd foraged. It's a wild chicory that's apparently getting harder and harder to find. Of all the recipe ideas he and his wife, Huguette, gave to me, I settled upon using them in a salad. I made a thick, chunky vinaigrette with a crushed hard boiled egg, some lardons (bacon), and the fat they rendered added in. It was out of this world. My mouth waters every time I think of it.
THANK YOU, CLAUDE!!!
image.jpeg 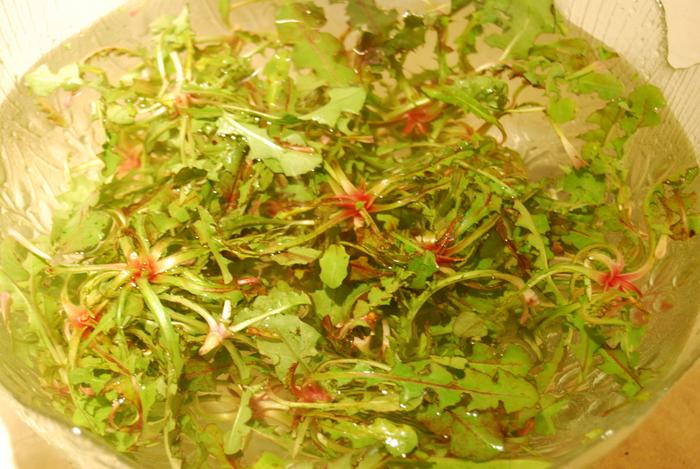 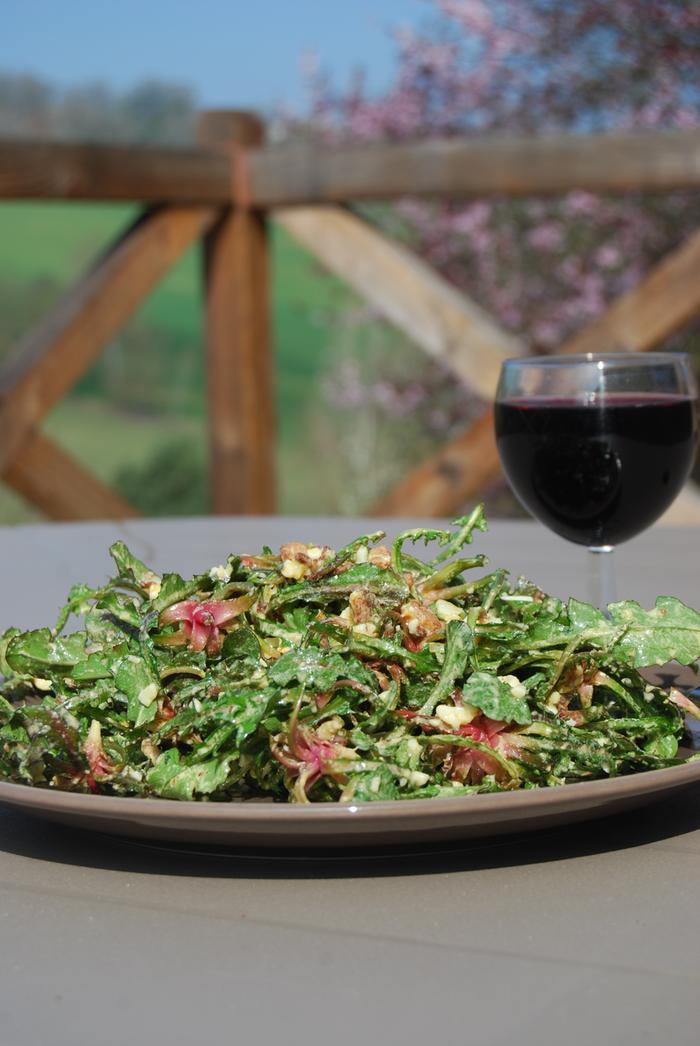 we are here to learn