posted 3 years ago
My other half bought a couple of different types of patty pan squash seed. One batch of organic white fruited seed only had one seed that germinated so he potted it separately so that he can hand pollinate it away fro the others and only save seed from it if it turns out to have some redeeming features.

Being in a pot it has better substrate than the poor things that have to grow outdoors in our crappy soil, so it's lusher and juicier. And has therefore been taken over by aphids. Any ladybird that dares show its face is immediately carried off by ants who don't approve of their aphids being eaten. So this poor plant is covered in the things, which are going completely unchecked.

He is not amused. 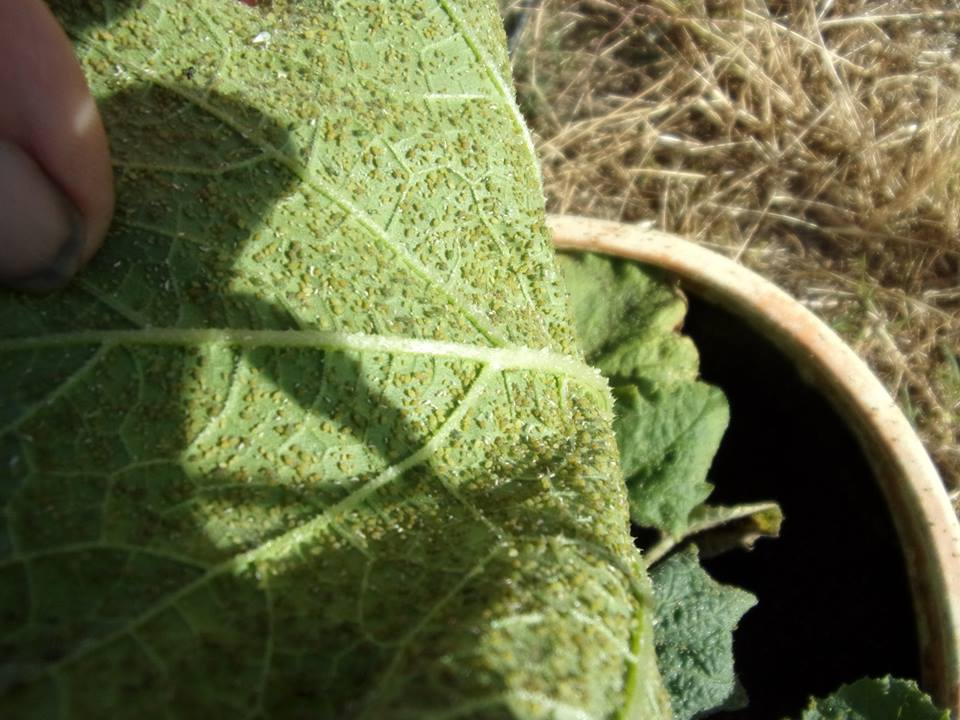 He found a ladybird and tried to put it on the plant, but it was terrified and ran as fast as its little legs could carry it.  No photo, sorry...

In an attempt to give it a chance, he's put it in a tray of water that hopefully the ants can't cross and is washing the aphids off the leaves. 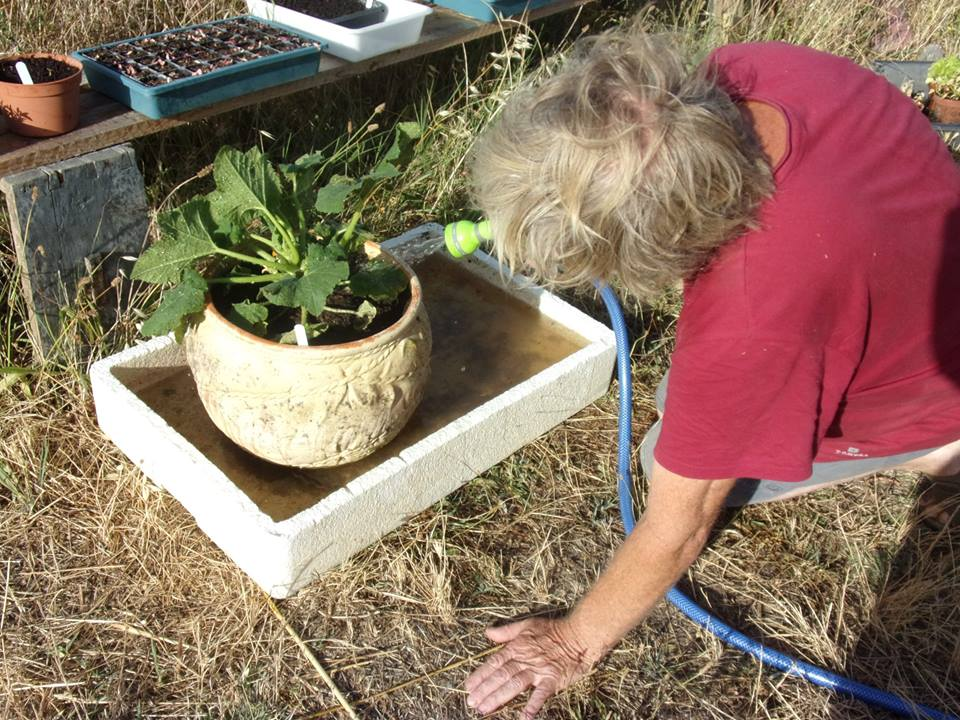 I suspect he'll then be off hunting for a ladybird to install on guard duty.

I also found this video of ants defending their aphids from ladybirds.

posted 3 years ago
I recently read that alcohol will kill aphids, this was on a Monarch butterfly website.  They recommended using a Q-tip, I wonder if he could put it in a spray bottle.  The website recommended leaving the alcohol on long enough to kill the aphids then washing it off with water so as to not kill the Monarchs and caterpillars.  I also wonder if putting the plant in a plastic bag "tent" might speed up the process.

We do this in the kitchen with our bottle of blackstrap molasses and jar of honey...definitely works...these tiny ants aren't out looking for aphids to farm though, yours might make little rafts and float the moat

posted 3 years ago
Soap kills aphids- being soft bodied the soap breaks up the wax of their bodies and they dry out and die. You can give quiet a few applications of soap spray before you begin to affect the plants.

And I find ladybug larvae to stand guard duty for me- they seem to eat aphids more voraciously than the adults.
Joylynn Hardesty
master pollinator
Posts: 3053
Location: Officially Zone 7b, according to personal obsevations I live in 7a, SW Tennessee
1132
I like...

posted 3 years ago
A good place to find ladybug larvae, in my area, is in sumac berry clusters. I am sooo tickled to know this!
http://www.ladybuglady.com/Harmonia-axyridis-larvae-2.html
https://en.wikipedia.org/wiki/Sumac
David Livingston
pollinator
Posts: 4328
Location: Anjou ,France
243
posted 3 years ago
I must admit I use the dreaded secret substance known as WUL *Tm on my indoor plants