Michelle Reasor
Posts: 43
9
posted 5 years ago
I'm trying to figure out what type of tacos would Gir Bot like best. Would he like pork ones: https://cooking.nytimes.com/recipes/1013755-sizzling-pork-tacos?mcubz=0

Or, maybe he likes pigs too much to eat them, and would rather have vegan ones? https://minimalistbaker.com/quinoa-taco-meat/

Or, maybe he would like a traditional taco? https://snapguide.com/guides/make-authentic-mexican-tacos-de-bistec-steak-tacos/

Michelle Reasor
Posts: 43
9
posted 5 years ago
You see, I'm planning a birthday party for my 13 year old son. Searching around for information on Gir and his culinary preferences, I ran across this forum. Anyone have ideas on what to serve at the party--or even fun decorations? My son really likes tacos, so that seemed like a good idea... Help me make his party special!

Michelle Reasor
Posts: 43
9
posted 5 years ago
I totally don't have the skill to make a cake like this 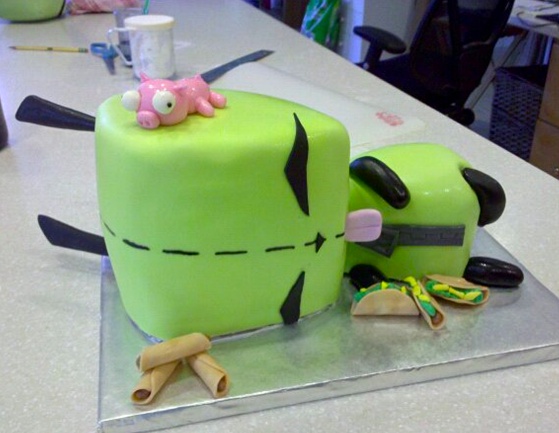 and so tacos seemed like a lot easier idea, but I just don't know what type to make!

posted 5 years ago
Who hear noticed that gir now has a bumper sticker (blue picture next to their name) saying he loves tacos?

posted 5 years ago
I honestly have never watched Invader Zim (though, my three-year old and I watched Paul's clip. My son wanted to watch it over and over and over again). But, anyway, since Gir seems to be our mascot here, I did some research on the Invader Zim wiki. It appears he likes bacon (so much so that he put it in some soap...though since soaps used to be made with lard, bacon in the soap isn't too far-fetched), as well as pizza, and the burritos, tacos, salty lemonade and poop soda sold at  Krazy Taco.

The wikia says that Krazy Taco is based on Taco Bell, so I guess that rules out authentic Mexican tacos (though Gir might like those, too). Since Gir likes bacon, pork tacos would probably be enjoyed by him. Maybe even add some bacon bites to make them "crazy"!

Other fun things for your party might be some bacon soap. This bacon soap looks affordable and fun, even if it doesn't have actual bacon in it. Having a bar in the bathroom might be a hit with the kids, though! I know you said you weren't good at cooking, but I did find a recipe for making bacon soap (https://sustainablescientist.net/2013/03/04/making-bacon-soap/) if anyone else is interested in putting their bacon grease to use in honor of Gir Bot.

You could also get some soda or kombucha and put labels on it to say "Poop Cola." Or, wrap chocolate bars with labels to say Poop on them, like this: 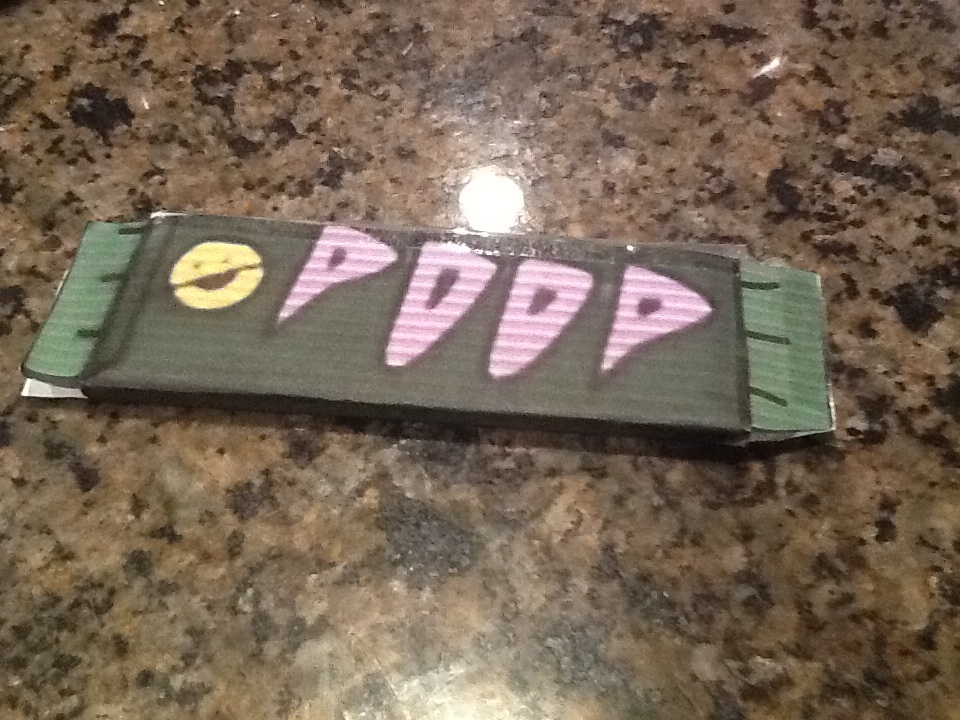 This appears to be the templet for the above candy bar, though I'm sure just taking some green cardstock and writing on it would work, too.

Even more affordable, you could make some lemonade and add some salt to it, to make "salty lemonade." I went looking for recipes, just for fun, and found that Salty Lemonade is a traditional Vietnamese drink, also called chanh muoi. I found a recipe here: http://wanderingchopsticks.blogspot.com/2007/06/chanh-muoi-vietnamese-salty-lemonade.html

I hope that helps, and I really hope your son's birthday party goes well!

posted 5 years ago
Oh my goodness, I just found these tacos! They are too cute! I don't know how much time you have, or how many guests, but maybe just make one for the birthday boy, and everyone else gets to build their own tacos, with either green spinach shells or yellow corn shells? 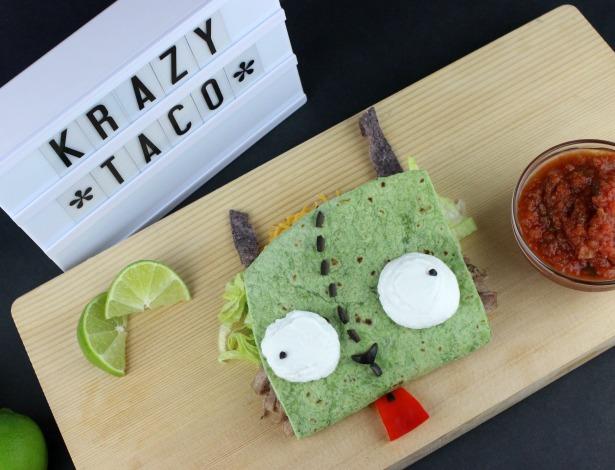 posted 5 years ago
I think there is a subtle joke that is being missed here ....

So there are two drinks:   "poop" brand soda pop and "salty lemonade" ....   I suspect that this is suggesting "poop and pee".

posted 5 years ago
Gir like his tacos byte size.
Great post Nicole! Lots of fun ideas there. Michelle, I hope the party turns out girrrreat!

posted 5 years ago
Bacon in the soap:

This turns out to be undesired.  As a result, zip gets a big pimple.   And it turns out that people cannot help but stare at the pimple and the pimple has hypnotic powers.   In time, Zim gives the pimple clothes and proceeds to hypnotize people:

In time, pustulio grows and grows ...  and there is a predictable, gross conclusion to the life of pustulio.

posted 4 years ago
Being on permies today made me wonder, "How would Gir Bot would celebrate Christmas?" Which, of course, reminded me of this thread. How did the party go? Did everyone love their tacos and the Gir  Bot theme? I hope you and your family had an awesome party, and wonderful holiday season, too!