David Biland
Posts: 45
Location: Southeastern USA - Zone 8
posted 10 years ago
I have found a property that I would like to purchase but I am concerned about a potential liability.  This small acreage is sandwiched between only two other parcels.  One is a 20,000+ acre national forest and the other is a 500+ acre camp for kids.  The property has an active concrete dam (maybe 15' tall x 30' wide) on a stream that runs through the property.  Right below the dam is the kid camp property.  I know that these kids are playing in on and around the dam and the camp officials have setup up hiking trails that run through the property (not theirs) that connect to the national forest.

I love the property but I am wondering if this will end badly for me.  I would ultimately like to remove the dam and restore the stream but it make take a few years.  Also, I would have to halt the hiking use by the kid camp.  I don't think it is possible or legal to fence in a stream.  Does anyone have any advice or stories about protecting your land from interlopers, especially situations where the land was idle for many years and just ended up being used by the public (hunters, hikers, kids etc.)?
Posts: 0
3
posted 10 years ago
The best advice is likely from a local lawyer who is familiar with land law. It would seem logical that posting it as private, keep out should be within the property owners right. There is some fuzzy area of the law that does permit someone to actually take possession of land that has been "abandoned". I forget the details of how that works. I do believe a lawyer should be involved and one that knows the issues, not just a general legal eagle.

As far as the trespassing by hikers I'm pretty sure that as the new owner you can post the land and close it to public or non authorized use. At least here in NM that was legal when we bought our property. There was an old logging road across a small section and we eventually prevailed over the people who had become accustomed to riding across. It took fences, berms, signs, and the sheriff. It was not a legal road. It was part of a decommissioned forest service road from decades ago.

posted 10 years ago
A problem with cutting off access to the forest through your property is the neighbors will hate you.

Consider some kind of easement (which does not include access to the dam) and talk this over with your lawyer.  This is definitely a situation where talking to a lawyer is absolutely necessary, in my opinion.

Best of luck, it sounds otherwise like a pretty special find.

Walter Jeffries
Posts: 1114
Location: Mountains of Vermont, USDA Zone 3
63
posted 10 years ago
This one is too complicated. I would avoid it. Look for other land. There's lots out there without these sorts of complications.

Brenda Groth
pollinator
Posts: 4437
Location: North Central Michigan
29
posted 10 years ago
here in Michigan they can walk on both sides of the water and in the water of any stream or river..ON your property, however, there is a limit how far they can walk away from the waters edge..so yup..if you buy it you are responsible for their safety..dango.

You could put up signs that say that you are not going to be held responsible..but if they are unchaperoned children then you are still going to be liable.

you also could talk to the people that run the camp and tell them no unchaperoned children from the camp can come on the property..however..that doesnt' mean they won't walk on the property from the state forest side.

but wow, a dam, that probably means hydroelectric !!!

David Biland
Posts: 45
Location: Southeastern USA - Zone 8
posted 10 years ago
It is complicated and special.  I think it might be worth the effort.  I suppose liability insurance would be in order.  The camp property also borders the national forest so they have their own ingress/egress.  Here are some pics.
1.JPG 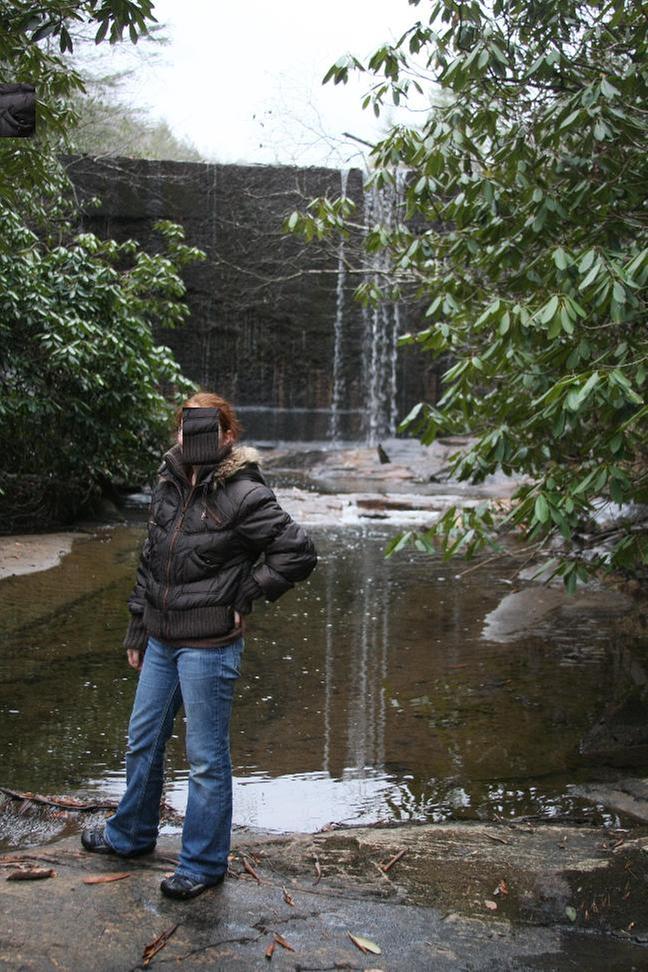 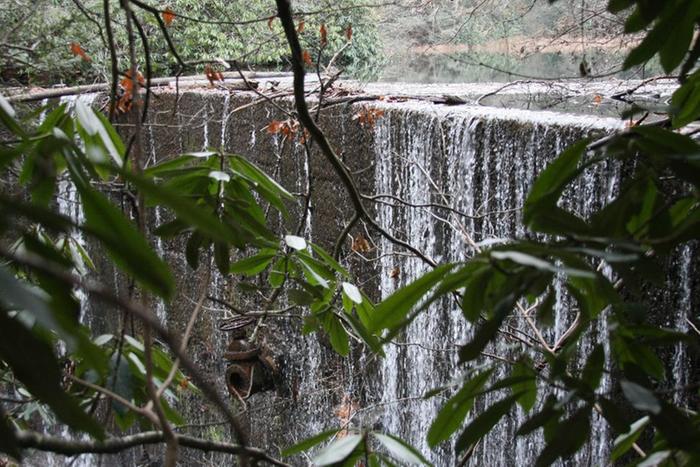 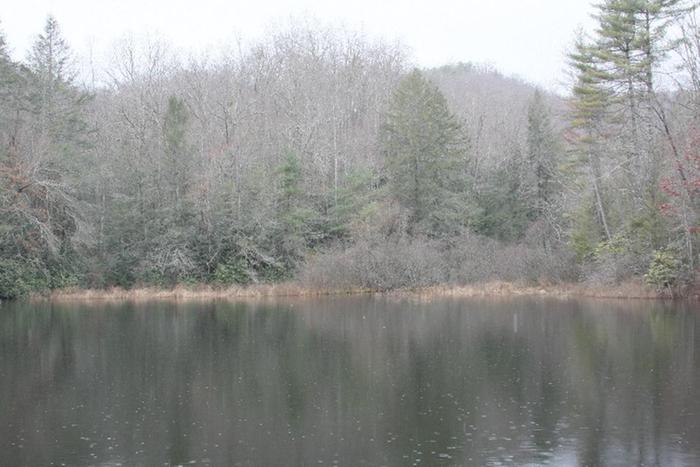 Walter Jeffries
Posts: 1114
Location: Mountains of Vermont, USDA Zone 3
63
posted 10 years ago
I would strongly suggest having a structural engineer look at that dam. I don't like it. A dam failure, above a kiddy camp no less, would be spectacularly bad.

David Biland
Posts: 45
Location: Southeastern USA - Zone 8
posted 10 years ago
That would be bad indeed.  I have no love for the dam but I am pretty sure dam removal isn't cheap.  I think you can get grants for dam removal but I do not know how easy it is.  I need to look into it.
John Polk
steward

Posts: 7926
Location: Currently in Lake Stevens, WA. Home in Spokane
323
posted 10 years ago
I second the motion to contact a lawyer.  Also, since liability is also an issue, contact your insurance agent, as I am certain he would recommend safeguards above/beyond what a lawyer might propose.

"Private Firing Range
Trespass at your own Risk"

Brenda Groth
pollinator
Posts: 4437
Location: North Central Michigan
29
posted 10 years ago
have an engineer check the dam and give you a bit of advice..if it is expected to last through YOUR lifetime..go ahead and get it..it is gorgeous

Posts: 3620
Location: woodland, washington
148
posted 10 years ago
I believe the public access rights Brenda Groth mentioned only apply to navigable waters.  what it means for them to be navigable is a rather contentious issue.  if somebody could float a river kayak down it, you'll have to let folks walk along the water at least as far as the average high water line.  and they can travel further onto your property where geography or obstructions prevent passage below the average high water line.

I don't believe you would be liable for injury in that area, though, because you wouldn't technically own it.  the dam is another matter, though.

does the dam have a spillway and flood gates that would allow draining the reservoir?  I don't see one in your photographs, but if that's the case, removal might cost you little more than an awful lot of time and sweat and a demo hammer.  investing in several cases of beer for persuasion of assistants could go a long way, too.

potential complicating factors: does the stream support fish?  silt released downstream from behind the dam could fuck up fish (and other critter) habitat for up to several years.  better off in the long run, but local anglers might be rather myopic and unsympathetic.  that silt could also cause trouble for any ponds or other dams downstream.  there are certainly ways around this, but they would mean substantially more work.

for a terrible story concerning a badly maintained dam, look into the Johnstown Flood.  on a less pertinent but rather incredible tangent, see the Vajont Dam disaster.  that one involved a wave 250 meters tall.  crazy.

David Biland
Posts: 45
Location: Southeastern USA - Zone 8
posted 10 years ago
Thanks for the input everyone.  Now I'm off to get a jackhammer and a case of beer!  Just kidding.  I have been in touch with the state authority that deals with dams in my state and they said you cannot breach the dam or you will be in big trouble.  It is a long, convoluted and expensive process.

I like the way you think!
Mike Dayton
Posts: 149
Location: sw pa zone 5
posted 10 years ago
You have been given alot of good advice here.  Talking to a Lawyer makes alot of sense.  Talking to your Insurance Agent and getting a high limit is also a must.  In Pa here you can get a $1,000,000 umbrella policy to cover over your Home Owners policy for about $150 if you dont have too many cars or young drivers.  Since the dam must stay have it inspected.  building an earthen reinforcement in front might be cheaper than the costly removal.  The lake it holds back is beautiful,  the privacy if the public land next to you is Great.  Work with the kids group,  maybe they can make new paths to the state land,  as a "  Good Neighbor  "  you might even offer to help them.  To have good Neighbors you have to Be a Good Neighbor.  Going to them in a non-confrontational way and explaining to them that YOU have a problem and ask them how they can help you with YOUR problem might work.  It is amazing how people want to help solve a problem for you,  if you tell them that THEY have a problem they will get their backs up and want to fight.  The fact that your problem is them doesnt matter.  Tell them that you are worried about their kids and don't want them hurt on the dam,and how are WE going to help make that happen.  You may find that they don't want the kids hurt either and will work with you.  Signs help to limit your liab,  but as others have said,  if it is a young child they can do no wrong so the signs don't protect you.  I would buy the land,  it is a great spot,  Good Luck.

Never doubt that a small group of dedicated people can change the world,  Indeed it is the only thing that ever has. Formerly pa_friendly_guy_here