Filling a pond with roof water and NO gutters

posted 2 years ago
I had this idea for the front of our house. We do not have gutters there and it's been a bit of a problem. Some seepage into the basement, which isn't finished so isn't world changing as of yet. We'd talked and talked about berming around the house to direct the water away. Suddenly I had an idea. What if we bermed, swaled and directed the water we get from the roof into the swim pond. A dry creek bed running the length of the house. Wouldn't that be beautiful AND functional. Also, I have a ton of dirt from digging out the swim pond.

Without any more thought than that. BAM! I started

So it's leveled and I'm currently tamping the ground. Then we will rock. Though we may put some bentonite down before rocking, we aren't decided on that. I am ok with water seeping out. I still think most will get directed to the pond.

I forgot to add: should I do a bit of a ditch from the swale exit to the pond? It's very sloped there so I have no doubt it will go where it needs to go. I think I'll ditch it though, just so it doesn't erode the land.

Anyone else done this instead of gutters?

I can't link this to building but perhaps it would fit there too.
Berm.jpg
Leveled-and-swaled.jpg 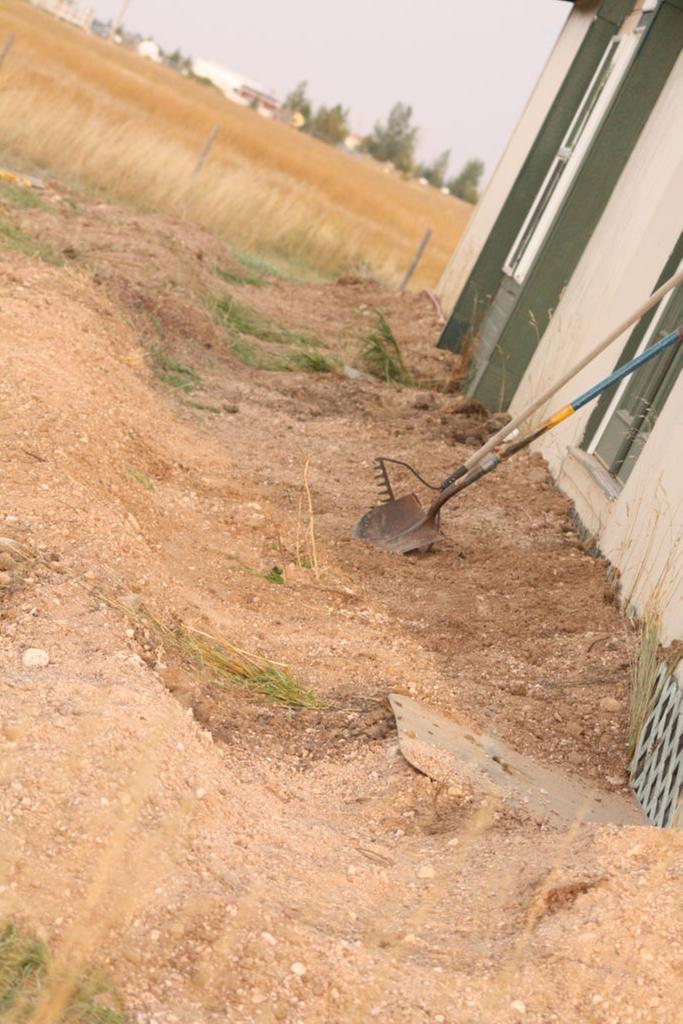 posted 2 years ago
hey elle, I did something like that at one of our homes over in western Colorado. Except we had gutters and downspouts . It was a new house so as part of the new landscaping I dug a dry creek bed out from the downspout, curving and over small waterfalls into small ponds and then out to the sidewalk spillway. I added gravel to the streambed and larger rocks along each shoreline. Every time it rained we had our own little stream among the woodchips and flowers. So if you can get the water flowing before it soaks in I think you might have a cool feature in your yard.

posted 2 years ago
The concept is good, but the pool looks a bit shallow?
It will be best to have a good slope downhill to prevent ponding and water logging of your channel.

What sort of rainstorms to you have, light showers or does it rain cats and dogs as we say here?

John C Daley wrote:The concept is good, but the pool looks a bit shallow?
It will be best to have a good slope downhill to prevent ponding and water logging of your channel.

What sort of rainstorms to you have, light showers or does it rain cats and dogs as we say here?

This year we got 2 inches of rain in 2 hours. It is the most we've ever gotten. For the most part our rain is little and far between and if it rains hard it's very short lived. Snow melt will contribute largely to our water gains in this area.

posted 2 years ago
Thats cats and dogs level of rain.
Steeper drains to enable quick runoff will be best. 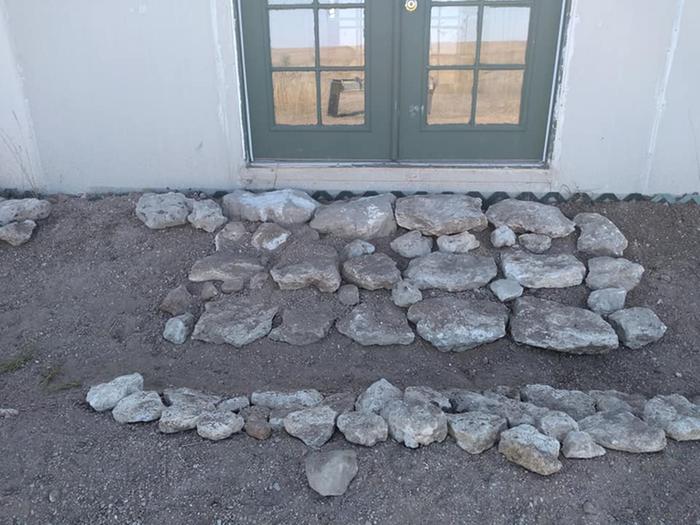 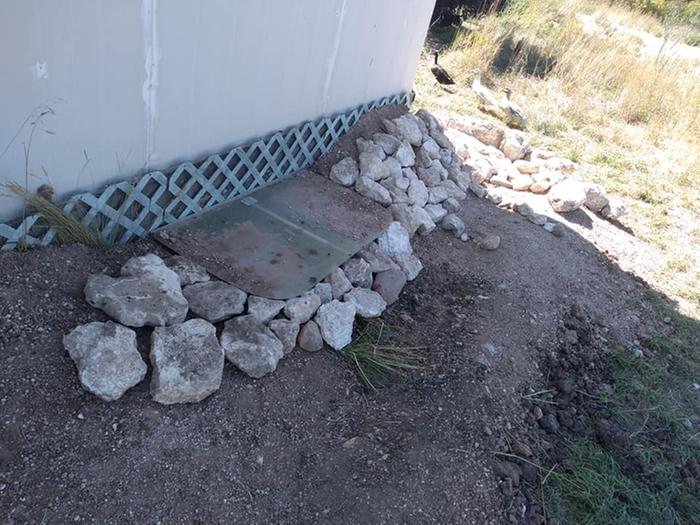 posted 2 years ago
For all the gaps between rocks I have a black clay I plan to put in. Should help keep the water flowing. The key is to get it away from the foundation, filling the pond is a bonus.

posted 2 years ago
We had a very little rain yesterday. Just enough to show me where the water is going to hit the hardest and to show me that it is actually successfully sloping the direction I want it to go. Woot!

posted 2 years ago
The pond has been sealed and rocked and I'm ready for a rain event to see how this goes.

posted 2 years ago
Cool project. I do wonder why no gutters Elle? Do they bother your aesthetic inclinations or are they Impractical for your house design? The coventional metal trough style can be a pain to put up alone, especially on an older building where you have to redo fascia. However, gutters can be seen as a key initial high water catchment point that allows you to direct the water harmlessly almost anywhere downhill. That high water catchment provides potential energy and aeration. However you are getting aeration how you are doing it and I like your rock work!

Also, are you concerned about the oil/gas well you’ve mentioned going in contaminating your ground water? I guess if you are catching roof water that will help, but I might test your water now and regularly in the future to observe the effects of your neighboring industrial project and provide that evidence to interested scientists, regulators, or in a worst case scenario lawyers.

posted 2 years ago
Well done Elle! I totally approve of your daughter's dino - part of permaculture is beauty and fun as part of function!!

William Egan
pollinator
Posts: 117
35
posted 2 years ago
Check out my cement pond video. I built in 2012. Its 32 ft wide 52 ft long stair stepped to  11ft deep 2 inches of cement covered chain link and chicken wire. It is for swimming fishing and irrigation. Its on the very highest part of my property and have no problem filling in the rainy season with the run off of my high tunnel.I dug a ditch and lined it with plastic and filled with gravel which leads to a 4 inch pipe and then into the pond. Crystal clear water, in my video you can see the bottom at 11 ft. Check it out on youtube
https://www.youtube.com/watch?v=9JR-PLUxTME  if this link does not work my channel is william e   the video is called My cement pond