The Woodland Year by Ben Law 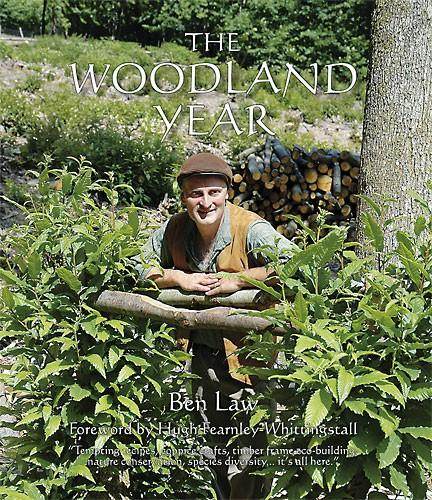 where to get it

A month-by-month journey through Ben’s woodland in the Sussex Weald, this a celebration of every aspect of sustainable woodland management; the cycles of nature, the seasonal tasks, wild food gathering, wine making, useful recipes, coppice crafts, round pole timber frame eco-building, nature conservation, species diversity, tree profiles and using horses for woodland work. There are also sections by 12 guest woodlanders. This is a profound book that is both practical and poetic. It lyrically describes a way of life that is both economically and ecologically viable and sets a new standard for managing our woods in a low impact, sustainable way. As such, it holds some of the fundamental keys to how we can achieve a lower carbon society.

Matt Ferrall
Posts: 559
Location: Western WA,usda zone 6/7,80inches of rain,250feet elevation
6
posted 11 years ago
I have this book.I didnt learn much new from it that I could apply here in the states.His first book covers some technique and this doesnt really expand on that.It does have some great photos and brings you into his life in the woods.I love that he loves sorbus torminalis as that is one of my favorite plants for the PNW as far as lost fruits goes.I love that he eats wild.Overall I would call this book inspirational /coffee table but good at doing that!While providing examples of people surviving on wood craft,I have a hard time seeing myself selling charcol or woven fences to the rural folks in my neighborhood so perhaps if you lived somewhere alittle more well off those products might sell as a novelty but I dont hold it against people for having to do dog and pony shows for $ .Not sure how great of examples they are though?

Brenda Groth
pollinator
Posts: 4437
Location: North Central Michigan
29
posted 11 years ago
an interesting book review..guess it would be something to read if you are really into biographies of people who ilve in and by the woods..but basically don't waste your money if you want a good reference book..right?

posted 10 years ago
Covered a bit in podcast 060

Suzy Bean
pollinator
Posts: 940
Location: Stevensville, MT
30
posted 10 years ago
I am putting together a book/dvd/magazine page for Paul, and to save him some time from making a (short paragraph) written review of everything, I figured I'd ask permie folks to write "what Paul would say" in each thread something is talked about.

So what would Paul say about The Woodland Year?

Growing up in the UK, I loved to explore the local woodlands.  It was hard not to see them as magical, mysterious places where I could hide away from the rest of the world and I would dream of being able to run away and live in secret house in the middle of the forest somewhere.  I was raised on the works of A A Milne, with tales of the Hundred Acre Wood, and was drawn irresistibly to poems like The Charcoal Burner who lived alone in the forest and could talk with the rabbits and the owls and would burn charcoal all night and all day, all the year round as far as I could tell from the poem.  He knew things, and he would tell you them, if only you knew where he lived so you could visit him.  Alas, I never found a charcoal burner in any of the woods near me, so I grew up with the magic of the forest, but not the knowledge that should accompany it. 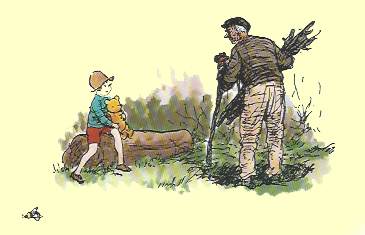 This is where Ben Law's book, The Woodland Year, comes in.  And what tales he has to tell!  The magic of the woods speaks for itself, Ben's words however are more down to earth and practical.  Yet it is not a how-to book like his other work The Woodland Way.  It is more like the knowledge and tales he would share if you were a child living next door who visited him a dozen or so times throughout the year, a taster of what goes on in his world, what else lives in the forest around him, and a chance to meet other people who happen to be visiting when you do.  It is sumptuously laid out, with abundant full colour photographs, and is just as easy to wander around and lose yourself in as a real wood is.  I soon rediscovered some old favourite recipes - elderberry rob, elderflower fritters, damson jam, blackberry and apple crumble.  And then some new ones like oak leaf wine and the party version of squirrel-on-a-stick, which should appeal to any fallout gamers out there...

Whilst the narrative is seamless, after a brief introduction the book is nominally split into twelve chapters, one for each month of the year starting in November, which according to Ben "is the point from which all woodsmen start and where all products flow."

For each month, Ben talks about what is happening in Prickly Nut Wood, what work he is doing, what the local flora and fauna are up to, and gives us some seasonal recipes.  He also teaches us about one of the trees in more depth and we meet a visitor from another woodland in the UK who shares their own tales with us.  The monthly trees and visitors are as follows.

Let's take a quick stroll through April to help us get a feel for the lay of the land.  Spring has sprung, bluebells carpet the woods.  Recent coppicing is allowing dappled light to awaken violets, primroses and early purple orchids, each of which have been photographed to allow us to appreciate their beauty. What a beautiful place for a family picnic!  A yurt is being constructed, chickens help out in the vegetable garden and supply vital ingredients for a spring herb omelette, along with wild garlic and marjoram.  The first open day of the year is being planned, which will allow many more visitors to get a taste of what goes on here.  We look at the practice of pollarding, and learn about the long-term battle with the invasive rhododendron.

As the flowers emerge from their dormancy, so do the gardeners, and orders arrive for hurdles, arbours and pergolas. Offcuts from the making of these garden products are, together with wood from the coppices, used for making charcoal, which does indeed seem to be a process that involves being awake in the woods day and night, communing with the wildlife, just as the poem implied.  The Tree of the Month is beech, and a page is devoted to photographs, a description, a run-down of preferred growing conditions, silvicultural practice and a list of uses.  Also a recipe for the liqueur known as beech leaf noyeau.

Next we meet Stewart Whitehead from the Ceiriog Valley in North Wales.  He has learned chair making, pole turning and other woodland crafts from past masters and keeps them alive to pass on to future generations. He talks of the wild flowers and herbs that grow at this time of year - ransoms, nettles, wild strawberries, primroses and my beloved hawthorn with its young leaves known as bread-and-cheese and which many moons ago my husband used to pick and eat on his way to school or wherever the path led him on that particular morning.  For some reason the hawthorn, which is the tree of April according to the ancient Ogham calendar, is also known as the May tree, and the flowers as Mayflower.  I think the calendar must have got itself skewed at some point...  April is the time that Stewart takes stock of the materials he has harvested over the winter months and begins to use them to make hurdles, chairs and yurts.  Smaller pieces are put on one side for turning, while large pieces may be milled into planks.  As buds open sap rises and can be tapped to make wine. Bark can be peeled for tanning leather, such as the 150 year old harness he uses on his Fell pony.  Cawl spoons can be carved,  chairs and yurt wheels can be assembled.  April is full of vibrancy, and the wildlife makes full use of this to fuel their breeding cycles as the month draws to a close and the next begins.

After one complete cycle of the year, Ben provides us with several appendices including a glossary, suggestions for further reading and a list of flora and fauna found in Prickly Nut Wood.

In all, this is a beautiful book - inspiring, magical, informative, and a joy to read.  I can highly recommend it to anyone interested in woodlands, whether or not they are based in the UK.  It would also make an awesome gift for anyone that you'd like to develop a love for woodlands and woodland life or to inspire youngsters who seek a different way to live but have no idea what life in the woods might involve.  Or even for someone like me who knew the woods well but never managed to find a charcoal burner who would share his tales and wants to relive their youth and fill in the blanks.

"remember we are only here for a short time; our lifespan is but a rustle of a leaf in the life of a forest"